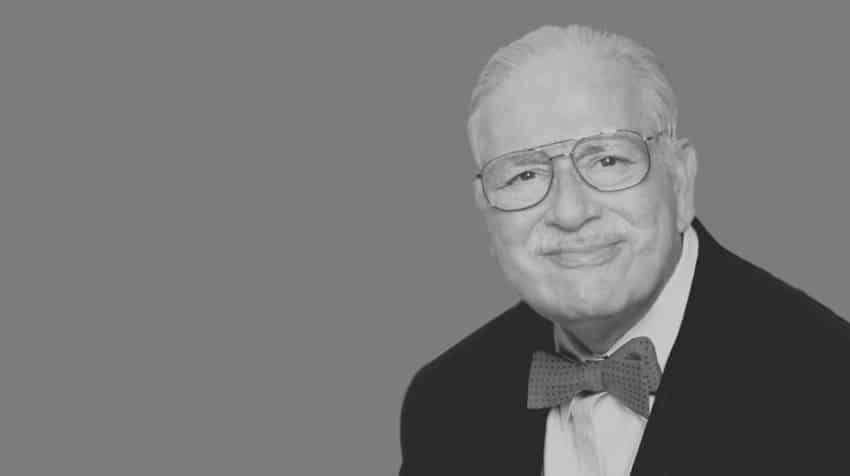 My Jewishness is something that I took for granted. I grew up in Denver, Colorado in a neighborhood where most of the people were Jewish. If you walked into the grocery store or the shoemaker, or the barber, you expected to hear Yiddish.

I was a Depression baby, and not much in Denver changed during my childhood. Most of the boys and girls that I went to grammar school with were the same ones I knew in high school. There was little upward mobility, as we went from the Depression Era to the World War Two Era.

During those years, it was a rare thing for any Jewish family to move to Denver, or to move from Denver. The neighborhood was unchanged, so when Celia Starr moved into my block, and she’d come from Boston, there was a lot of curiosity about this immigrant.” That was what we called people who came from other cities.

Everybody loved to hear her talk because of her accent. Boys would tease her and say, “Tell us that we should park the car.” And in the beginning, being innocent, she would say, “Pahk the cah.” We would giggle among ourselves, because that’s not the way that real people talked. After a while, she wouldn’t talk to any of us. Though she was the prettiest girl in the neighborhood, she got the reputation of being stuck up, when she was only shy.

None of the guys stood a chance of making an impression with her. I worked out a strategy: I made friends with her mother, and sure enough, I got to talk to Ceil. I didn’t make fun of her accent, and she didn’t remind me of my reputation of being a rough neck. We were sweethearts in high school.

She had a better knowledge of the Jewish religion than me. Her parents were “frum,” or strictly observant. When it came time for us to be married, we were married in an Orthodox synagogue. But by then, I was an agnostic and she was a self-proclaimed atheist. God didn’t have a place in our lives. Prayer meant talking to yourself, and miracles were like magic fairy tales.

But it didn’t stay that way long. When Ceil was pregnant with our first child, she began to wonder about God. She realized that much of her “atheism” had been a reaction to her upbringing. She knew there had to be more out there. She had been impressed by singing Christmas carols in high school, particularly “Oh Come, Oh Come Immanuel and ransom captive Israel.” What did Jesus have to do with Israel? Why did Israel need to be ransomed?

And as she puzzled, she fell back into a habit of her childhood: she prayed. She had stopped praying when she was five years old: her Mickey Mouse balloon popped, and she prayed and prayed that God would fix it, but the balloon was still popped. So now, except for the formal prayers said in the synagogue, she didn’t ask God for anything.

But now she was asking that God would show Himself to her. No one has ever earnestly prayed that prayer that the Almighty has failed to answer. She had a sudden urge to read the New Testament, a book scorned by Jews as being goyisch, and not for our people. So, quietly, she began to read and discovered that the New Testament was also a Jewish book involving Jewish people, but most of all about the Jewish Messiah. But she couldn’t put it all together, so she prayed again that God would help her. And help was on the way in the form of a missionary from the American Board of Missions to the Jews.

Now, I had heard the Gospel earlier. I was just seventeen years old, and someone on a street corner started talking to me. His name was Orville Freestone. He got into the Gospel (this was 1947) and told me to look for Israel to become a state. I was fascinated with what he said. We both took the same bus; we were going the same direction, but we both got off at Federal Boulevard, except he was supposed to go south, and I was supposed to go north. But I became so fascinated with what he was saying, I walked and stood on his front porch for a while, and took it all in. He went in the house and got a New Testament, and asked me to read it.

Well, as I walked home, I started thinking: “What he says makes sense. So that means that I must be one dumb Jew, because Jesus couldn’t possibly be the Messiah. And I’m not going to read this book, because if I read it, I might believe it. And I don’t trust my own judgment. No, I’m not going to have anything to do with this. If the rabbis ever get together and decide that Jesus is the Messiah, maybe I’ll go along with them.”

But here, four years later, my wife was groping to know how to follow Christ. The Lord answered her prayer. Then I found out how hostile and angry I could be. But, in her new-found faith, she had the patience to endure my anger and hostility.

Up until that time, I thought there was a good case that could be made against believing in Jesus, and that the rabbis had good reason. So I visited the rabbi that had married us, and asked him for the intellectual ammunition that would convince her. He sat down and made explanations to me that seemed no more than a quibbling about the possible variant meanings of Hebrew words. I looked at him and said, “Rabbi Bryks, these things will not convince her, and frankly, they don’t even convince me. There’s got to be better reasons.”

Then he thought for a moment, and smiled. He said, “Well, think on this. It takes two to tango.” I replied, “Huh?” Then he explained that when it came to the virgin birth, it was just not a possibility, that there would have had to have been a human father.

What he didn’t know was that in that one notion, he completely undermined the case not only for Christianity, but for Judaism and any other kind of theism. If God can’t perform miracles, and the basic documents say that He did perform miracles, then the documents must be wrong.

I was cut adrift. But I started reading atheist writers, and I tried those arguments on my wife. Nothing could shake her in her faith, and I couldn’t argue with her changed life. I wish I could say that there was some big convincing argument that persuaded me. It didn’t’ happen that way. It’s just that the more I fought against the Gospel, there was something in me that knew that it was true.

One Saturday night, I sat down to read one of the many pamphlets that my wife left around the house. If they were serious, I would throw those pamphlets away. If it was something that I could ridicule, then I read it, and I read it out loud with a “ha, ha” tone of voice so that Ceil would know that I was making fun of it.

This particular pamphlet was titled, “What Is Heaven Like?” As I began to read the hyper-literalist interpretation of Heaven, I didn’t read it out loud, I got part way-and in my heart, I said, “Heaven’s not like this at all…oops!” The oops was because I didn’t believe up until that time that such a thing as Heaven existed, and now, within myself, I had some idea of what it must be like.

So I did some unpacking of my thinking, and discovered that faith was there. I really did believe in Heaven, believed in the Bible, believed in Christ, and was ready to say so.

When I first heard the Gospel, I didn’t want to know that it was true, because it would have meant that my family would disown me; my friends would desert me, that if I let myself believe in Jesus, I would be an outcast. What I didn’t realize was that I had no choice in the matter, because if I said that Jesus wasn’t the promised Messiah or the Bible wasn’t true, I would know that I was a liar.

Since that time, God has answered prayer in my life over and over again, and has reassured me of His presence in my life and the lives of others in this world. But then, that’s another story.