Despite our best efforts at trying to live a religious life, we were constantly disappointed. 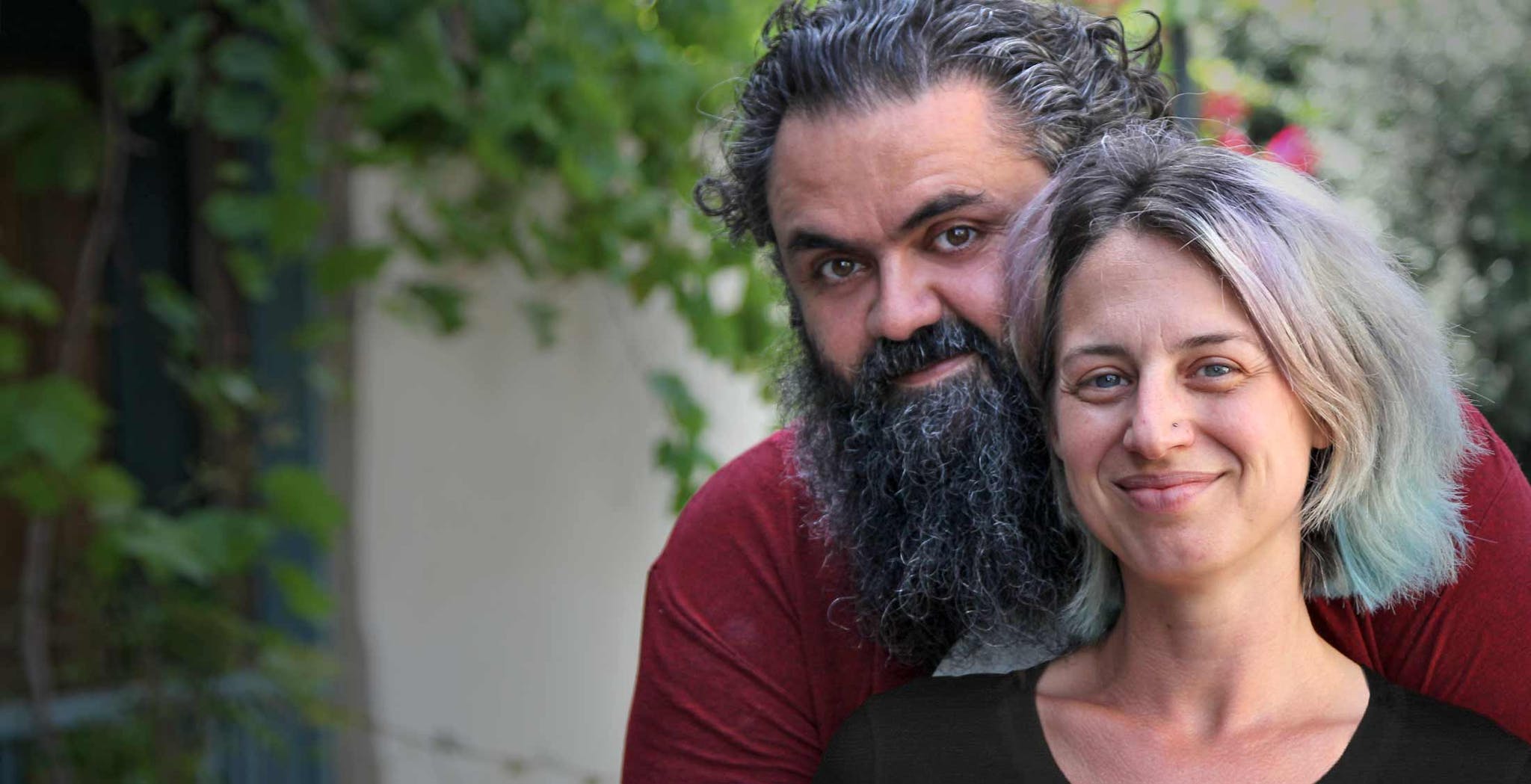 Yoel and Adel Ben David live in Jerusalem and have four kids. They married when they were 20 years old and were involved in the Hasidic Breslov movement before becoming followers of Yeshua as their Messiah. Here is their story.

I live today in Jerusalem with Adel and our four children. I was actually born here in Israel and lived here for the first three years of my life, but my father worked for a hotel chain, so we lived in the Caribbean, England, and Paris over the next 16  years. Then we came back to Israel.

My mother is a proud Moroccan Jew, and my father is Scottish. My mum was very forceful with our Jewish heritage. She served with the Israeli Defense Force during the Yom Kippur War. She wanted us to be very aware of our Jewish identity. 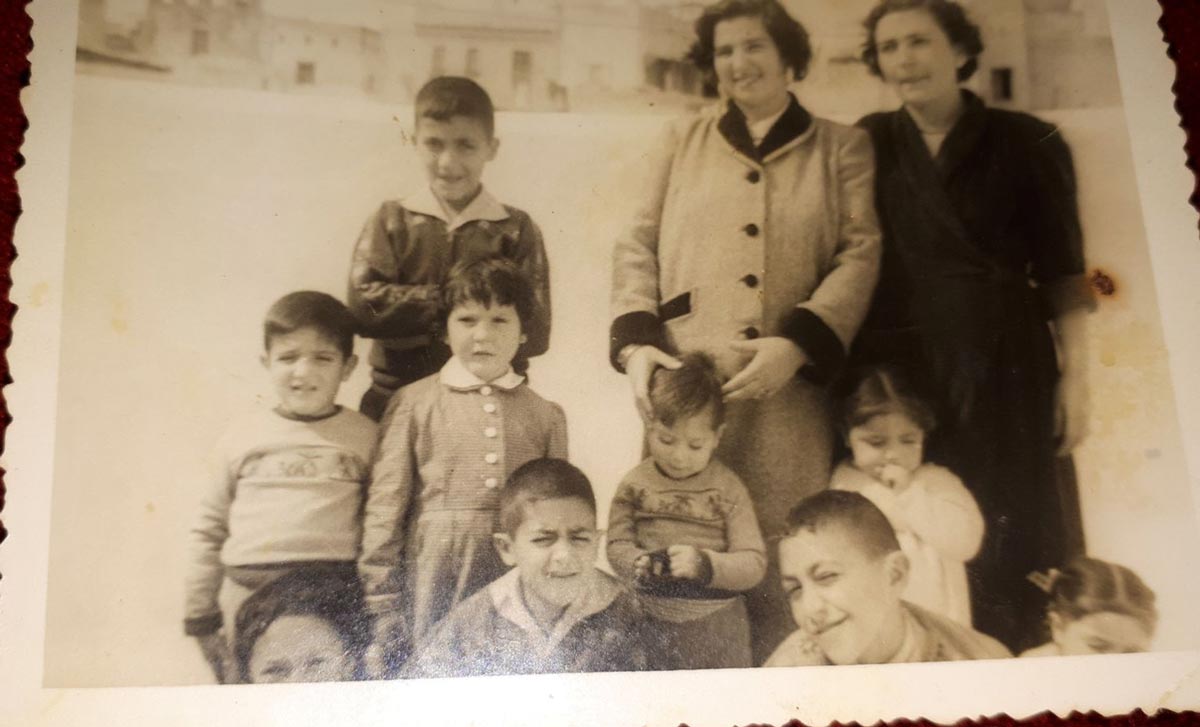 We were a traditional, rather than religious, Jewish family. We sat down every Friday night, and because my dad was not Jewish and I was the eldest son, I said the Kiddush. We ate our meal and then like any other family, we went into the living room and watched television.

In my teenage years, I went to the vicar at the school I was attending in England and asked him to give me some books about God, including the Koran and Hindu writings. He didn’t try to dissuade me! As I was reading the Koran on my bed, the thought came to me that if God exists, I shouldn’t need to read these books. God should just show up.

So I said, “God if you’re real, show up.” And before me, I saw a face, and I knew it was Jesus, and I was afraid. I saw a clear vision of God—and I ignored it. I decided it was a figment of my imagination.

Adel and I met each other at a time when we were both spiritually searching for the truth. We decided that if we believed in God, we were being hypocritical if we didn’t do something about our Judaism. 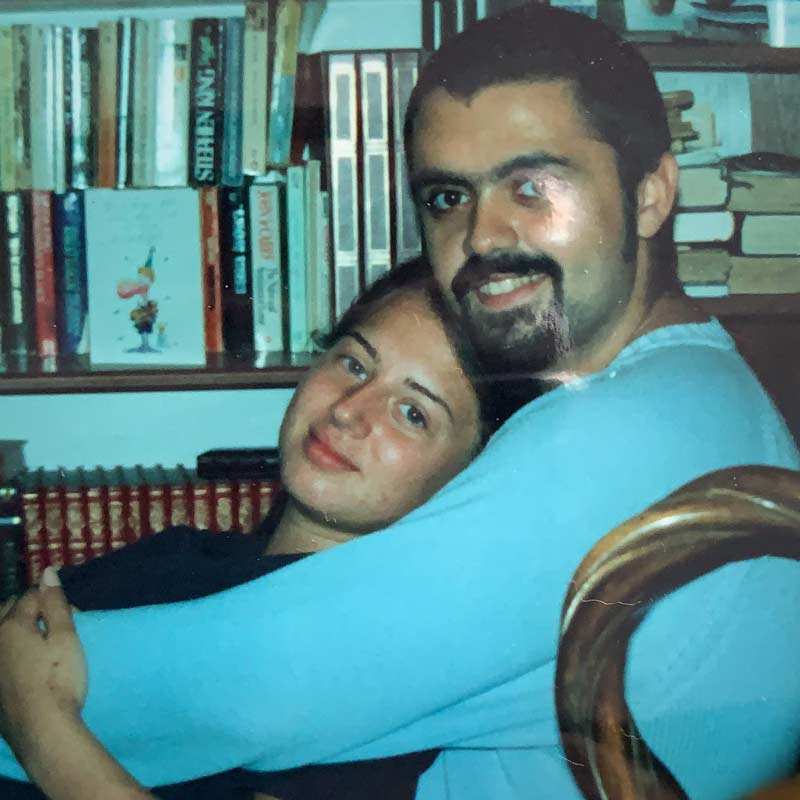 My parents were from Latvia, and in 1978 they moved to Berlin. I was brought up in a Russian culture while living in Berlin. My mother died when I was very young, so I was brought up by my grandmother. I remember asking her “Grandma, am I German or Russian?” and she would say “You’re Jewish!” This was confusing to me. We went to the synagogue on holy days, but it was more of a social event than a religious observance.

I lived in Berlin until I was nineteen. I moved to Israel, and I met my future husband, Yoel, at the ulpan (a Hebrew learning school). At this point, I was invested in New Age philosophy, and Yoel wasn’t a practicing Jew. What connected us in those days was philosophizing about God.

Adel and Yoel’s Journey Together

Yoel says: At first, we just started observing Shabbat. Then I began to study the Torah and other writings. Next, it was practicing the holidays. We became more and more Haredi (ultra-Orthodox). We left the language school and were living together, so the idea of doing that and not being married seemed wrong. We knew we were right for each other, so we got married at the age of 20.

We approached the Breslov movement, but I still prayed in a Chabad (Lubavitch) synagogue, where I studied Talmud with the local rabbi. I wore a kippah and tzitzit, and grew the peyot.

As my enrollment in the army was upcoming, we decided to move to Jerusalem. The atmosphere was more religious than in Tel Aviv, so we thought we would feel more at home.

We tried to live this religious life for a year and a half. But I felt that, despite our best efforts, we were constantly disappointed.

Adel says: Yoel and I became really invested in Jewish mysticism. We practiced meditation and we also engaged in the mystical side of Hasidic Judaism through the writings of the founder of the Breslov movement.

We tried to live this religious life for a year and a half. But I felt that, despite our best efforts, we were constantly disappointed. I felt like I hadn’t found what I was looking for. Something was wrong. I thought that if I found a combination of New Age and Judaism, my search would be over and I would be satisfied. 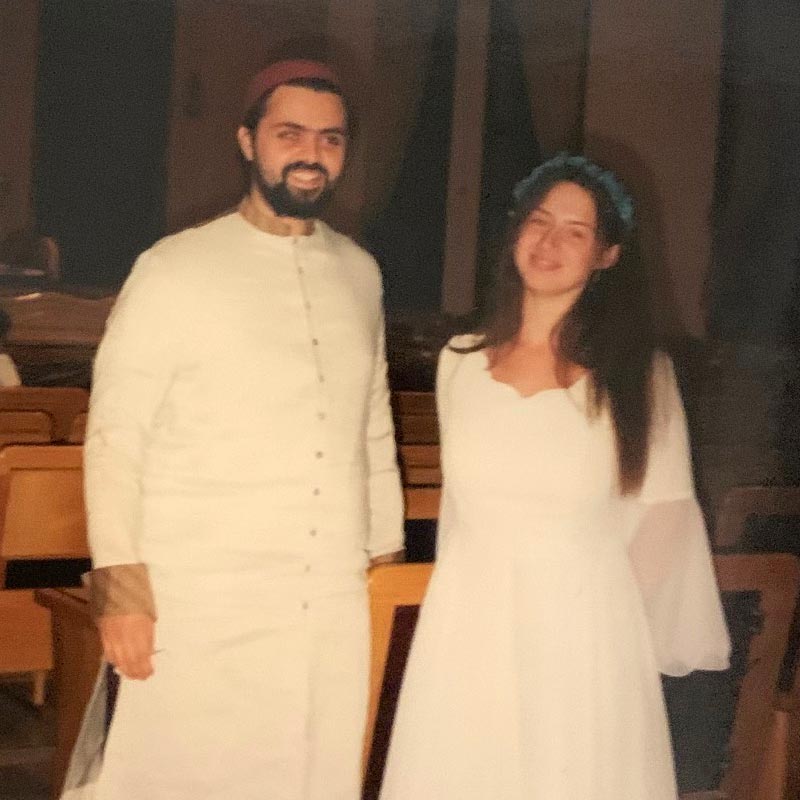 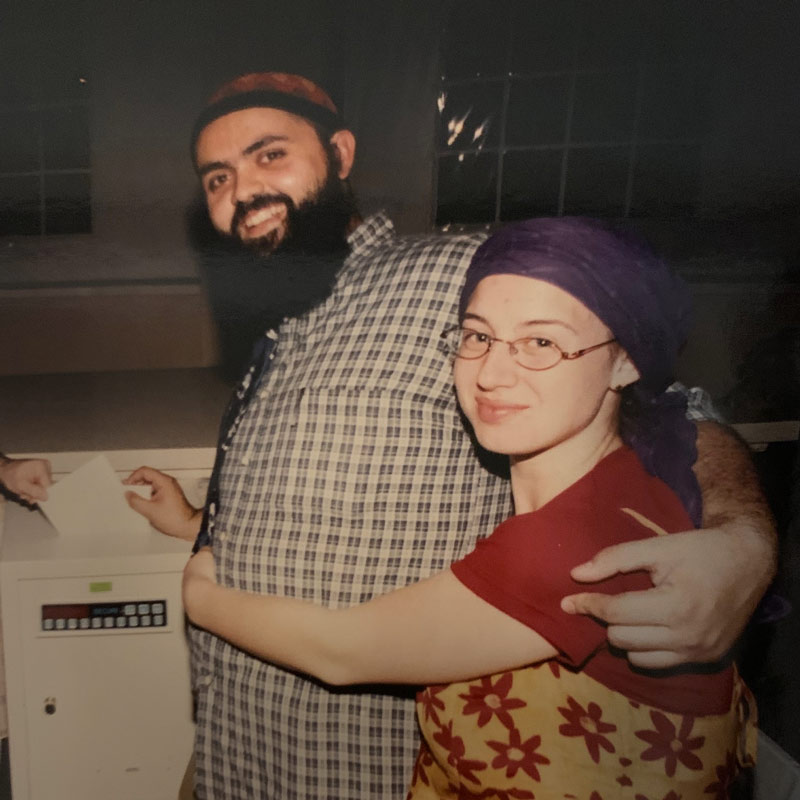 But everything changed when I met Judy. An elderly lady from Richmond, Virginia, she was the aunt of a friend. We invited her over and she started talking about God as though she knew Him! She challenged us to read the Bible for ourselves. This was something we weren’t used to. Her parting words that first night were, “If you want to know God, just read the Torah.” Up until that time I had struggled to read it. I decided to read the Torah. In fact, Yoel and I raced each other to read it!

I asked her to explain Isaiah 53. She sat me down with a cup of tea and started telling me about Jesus.

I started reading Isaiah, and when I got to chapter 53, I didn’t understand it, so I brought my confusion to Judy. We didn’t know it then, but she’d been praying for nine months for an opportunity to speak with us about Jesus. So when I knocked on her door and asked her to explain Isaiah 53. She sat me down with a cup of tea and started telling me about Jesus.

My initial reaction was to think I’d been deceived. Why hadn’t she told me about Jesus before? But as she continued talking, I started to sense what I now know to be the presence of God. Then I said in my mind, You know what, God? If this is true, then I’m going to go with my heart—I will believe. And at that moment, I saw the same vision that I had seen three years before, sitting on my bed in England with the Koran next to me. I saw the face of Jesus. And then I knew, and I told Judy I was ready to believe. She gave me a tiny copy of the New Testament and I took it home, where I found Adel sitting on our bed, still reading the five books of Moses!

“Something terrible has happened!” I announced. “Jesus is the Messiah!”

Adel says: Because I was missing out on Yoel’s conversations with Judy, I was quite taken aback by Yoel’s pronouncement. How could this be true? How could a guy come along, people follow him, and that became a new religion? I’d been searching so high and deep, this couldn’t possibly be the answer. I didn’t want it to be. But at the same time, I also knew that nothing would make Yoel change his mind unless he really believed it.

I read through Matthew’s Gospel and by the end, I had tears in my eyes.

So, I decided to read the New Testament, and I was very surprised.  I read through Matthew’s Gospel and by the end, I had tears in my eyes. It was not what I had expected. I couldn’t find anything I disagreed with. I became upset and asked myself, How come I’ve not read this before? After all, I’d grown up in Germany where I could easily have read the New Testament, unlike in Israel, where religious Jews are forbidden to read it. I hadn’t understood that I was a sinner and needed forgiveness. And so I too came to believe that Jesus was the Messiah.

Yoel says: Since coming to faith, Adel and I have had lots of ups and downs. Eventually, Adel and I felt compelled to dedicate our lives to telling our Jewish people about Yeshua. We joined the staff of Jews for Jesus—but the adventure didn’t end! We have lived in 25 different homes over 20 years in Petah Tikva, London, New York, San Francisco, Jaffa, and now in Jerusalem. It has been amazing to experience God’s hand working in our lives and the lives of others.

Moving hasn’t always been easy for us and our four kids. We’ve experienced disappointment and failure. But all our struggles have sent us quickly to God. Through our trials in our home and our work, we have seen God change and mould us. The greatest moments of discouragement have been the source of God’s greatest demonstration of grace.

Adel says: Today, we live on the border between East and West Jerusalem. We have a great community of fellow Jewish believers in Jesus who live in close proximity, which has been so encouraging to us.

For Yoel and I, our goal is to follow God’s plan for our lives here in Jerusalem. Our passion is to see a vibrant community of committed followers of Yeshua spring up here, and it’s a beautiful thing that we can work toward that goal together.