I grew up in a traditional, religious home. But God seemed too distant and holy to be personally known. 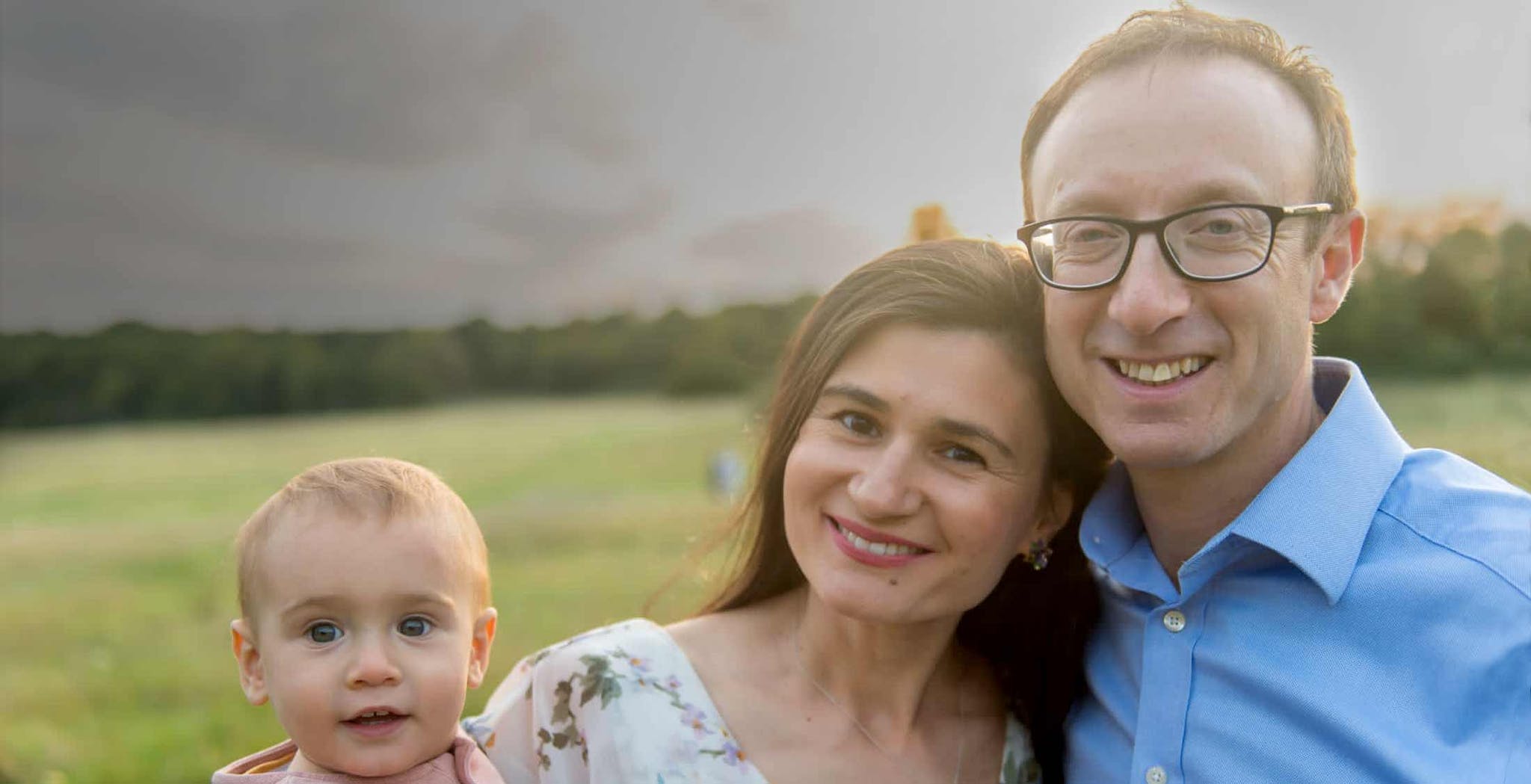 My brother and I grew up in London in a traditional Jewish home with our parents, Alan and Hilda. I experienced the rigors of traditional Judaism from an early age. My family kept kosher, and I went to Hebrew classes three times weekly. My bar mitzvah, held at the Wailing Wall in Jerusalem, was a landmark moment in my life and summed up who I am: quintessentially Jewish. But until I came to know a little about Christianity and what it said about a personal relationship with God, I would say that I would have considered God too distant and holy to be personally known.

I used to think Jesus was a traitor to our people who had been rightly crucified as a blasphemer. At school I heard that Christians believed Jesus was the Messiah, but it only served to remind me that we were still waiting for the Messiah, and it wasn’t Jesus. 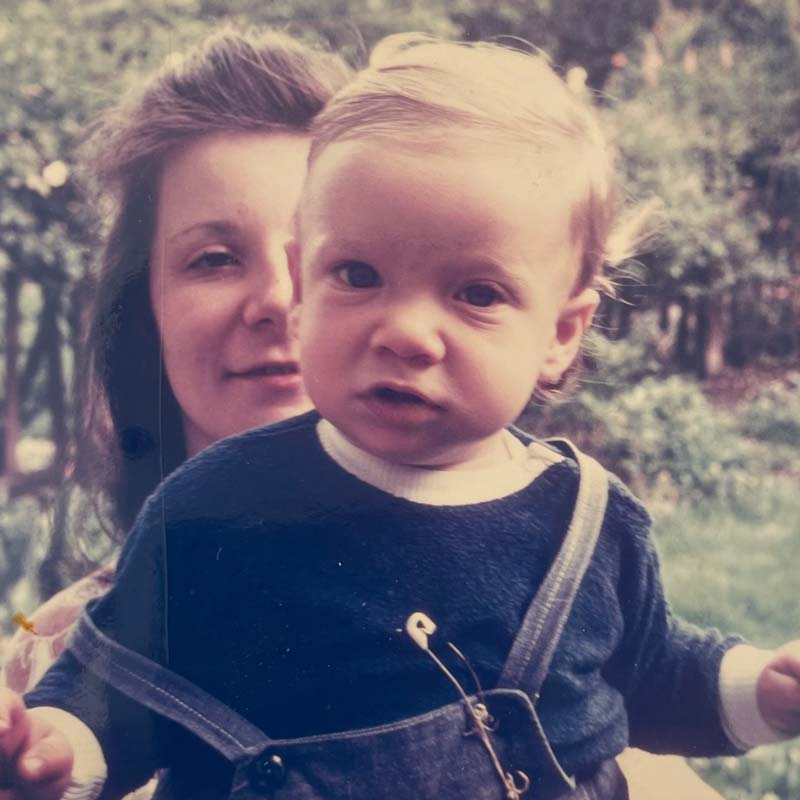 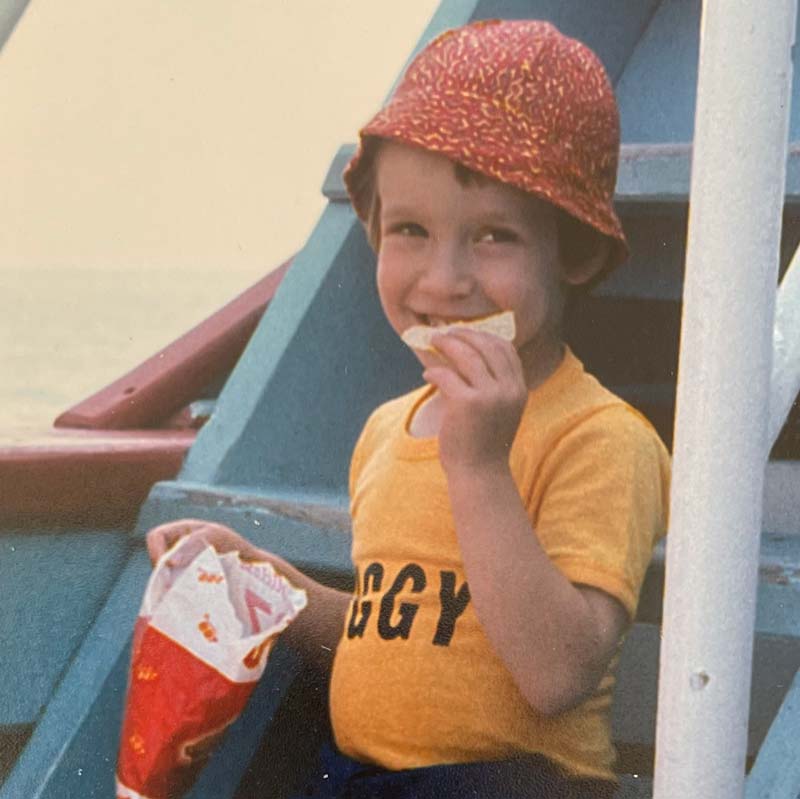 Nevertheless, I went to a secular school where only 20 percent of the pupils were Jewish. At some point on the playground amongst the other 80 percent, I heard that Christians believed in Jesus, and somehow I understood they thought Jesus was the Messiah. I remember thinking,  “It’s okay for Christians to believe in Jesus, but it’s not okay for us Jewish people.”

My Experience with Christianity

My paternal relatives, the Rogoffs, came from Russia and Poland. My name, Ziggy, is short for Zigmund, in memory of my maternal great-grandfather who died in the Holocaust with most of his family. His daughter, my bubbe (grandmother), survived and arrived in England from Slovakia in 1939. She settled as a domestic servant for what she supposed was a Christian family. (In my bubbe’s mind, if you were not Jewish, you were Christian.) But when the family insisted that she cook bacon, Bubbe refused, explaining that as a Jew she was forbidden. They threatened her with deportation, and she ran away that very night.

My brother and I were brought up thinking that Christians were responsible for the Holocaust.

This experience confirmed my bubbe’s views of Christianity. In her thinking, the Nazis responsible for the Holocaust were Christians. Now her “Christian” employers wanted to deport her! Stories of these cruel injustices at the hands of those who were thought to be Christians filter down through each generation of my family. My younger brother Richard and I were brought up thinking that Christians were responsible for the Holocaust. 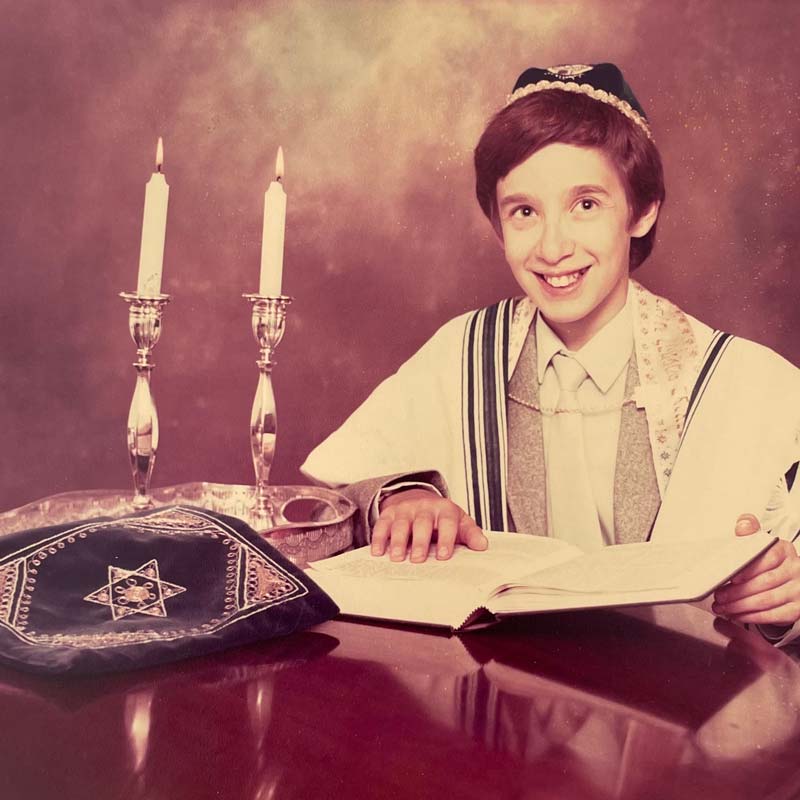 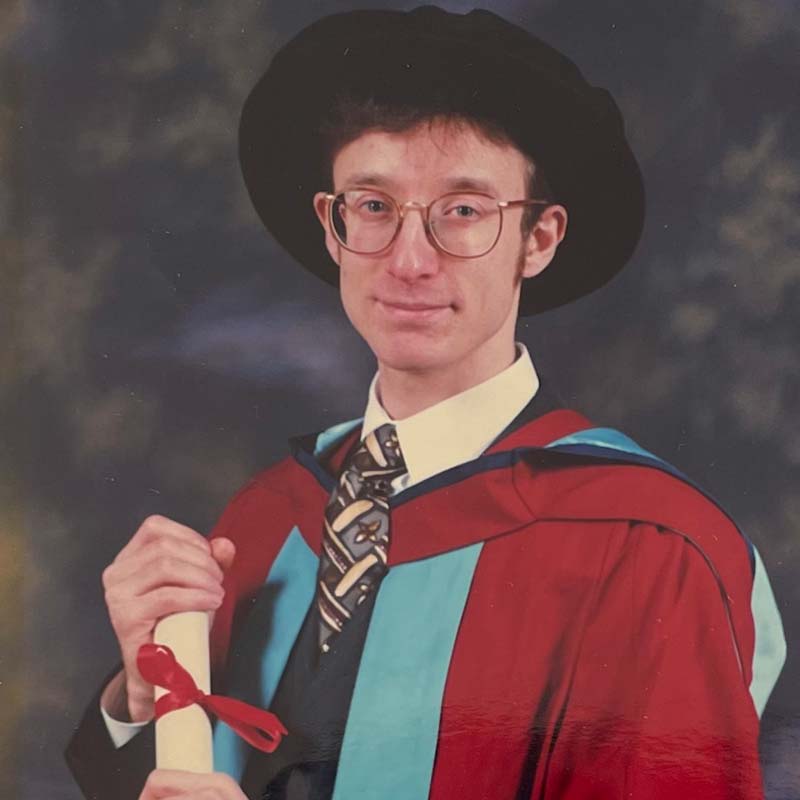 I went to university and studied mathematics, followed by an applied mathematics doctorate. Being Jewish and a mathematician were intrinsic to who I was. While at university, I joined the Jewish Society; I was proud to be Jewish. However, by this time, I would have called myself an atheist. Even if there was a God, I reasoned, I did not know Him and had no way of knowing Him. I still went to synagogue for the High Holy Days, but I gradually became  less and less kosher.

Being Jewish was so much a part of me that I couldn’t let go of my traditions—but I was troubled that there didn’t seem to be answers for me in my religion. I thought God was just unknowable. And with so many world religions saying different things, the idea that one religion was right and all the others were wrong just didn’t seem logical.

My Friend Became a Christian

When I was studying for my PhD, a good friend (who wasn’t Jewish) and I used to talk about God. One day, my friend told me he had become a Christian. I thought that was a rash decision. He invited many of his friends to church, but I was the only one who came. I don’t even know why I went; perhaps it was because he was one of my closest friends and I wanted to honor that friendship. Perhaps I just wanted to understand why he had made such a choice. He was very kind and is still one of my very best friends. Once or twice he invited me to a guest event at St. Helen’s Church, Bishopsgate, in the City of London. I had never been into a church before, so it felt strange but yet “safe” because of the pure quality of the friendship.

How can I accept Jesus when the rabbis have been rejecting him for 2,000 years?

In terms of my work and things socially, not everything was going along as well as they could. I was at a point in my life where things didn’t seem to be adding up. I was struggling at my job and also having difficulties in my personal life. I was offered the chance to take a seven-week course that explored Christianity through a well-known church in my area. It appealed to my logical mind to see if the claims of Jesus would make sense, since nothing else was making sense to me at the time. When I read the New Testament Book of Mark, a narrative of Jesus’ life, I remember asking myself, “Have I found the Messiah?” But a voice deep within me said, “How can I accept Jesus as the Messiah when the rabbis have been rejecting him for the last 2,000 years?”

At that point, I really wanted to know if Jesus was the Messiah, and I knew the only place to go was the Hebrew Scriptures. Jesus would have to be in there if he was the Messiah! Stan’s book showed me that the Scriptures held many prophecies that pointed to attributes and characteristics of the one to come. I pored over those prophecies about the Messiah.

I believed in Jesus but didn’t want to admit that he is the Messiah, the Saviour.

I knew that the probability of the Messianic prophecies being fulfilled in one person was virtually zero. So when I realized that Jesus did fulfill these prophecies, it felt like comparing a fingerprint with a finger and getting an exact match. I began to realize that I could believe in Jesus without relinquishing my Jewishness. I got to the point where I believed in Jesus but didn’t want to admit that he is the Messiah, the Saviour. I could see that the Messiah is not just an ordinary man. I found it so interesting. John 3 and Luke 24 show us that Jesus is the teacher of Israel as he explained the Hebrew Scriptures. The prophecies help us see that the Messiah was to be divine! Micah 5 and Isaiah 11 and 53 show us that he alone can lay down his life because he alone owns life.

It seemed pretty straightforward that God has done everything He could to make it abundantly clear, so that we can have no doubt that Jesus is the Messiah who has and will fulfill the prophecies. Finally, it was the shocking events of September 11, 2001, that made me realize how fragile life is and that I needed to move forward in my spiritual journey.

When I realized that the portrait of Jesus in the New Testament matched what the Hebrew Scriptures said about the Messiah, I was overcome with both joy and fear—joy because I had found a great treasure, and fear because I stood guilty before a holy God. And then I was overwhelmed as I understood what Jesus had done for me. He had taken the punishment for all my wrong actions and attitudes, what the Bible calls sin. I was forgiven—not because of anything I had done, but because of what Jesus had done! He was the perfect sacrifice, and from that day on I knew there was a God, and I wanted to live for Him and with Him at the center of my life. 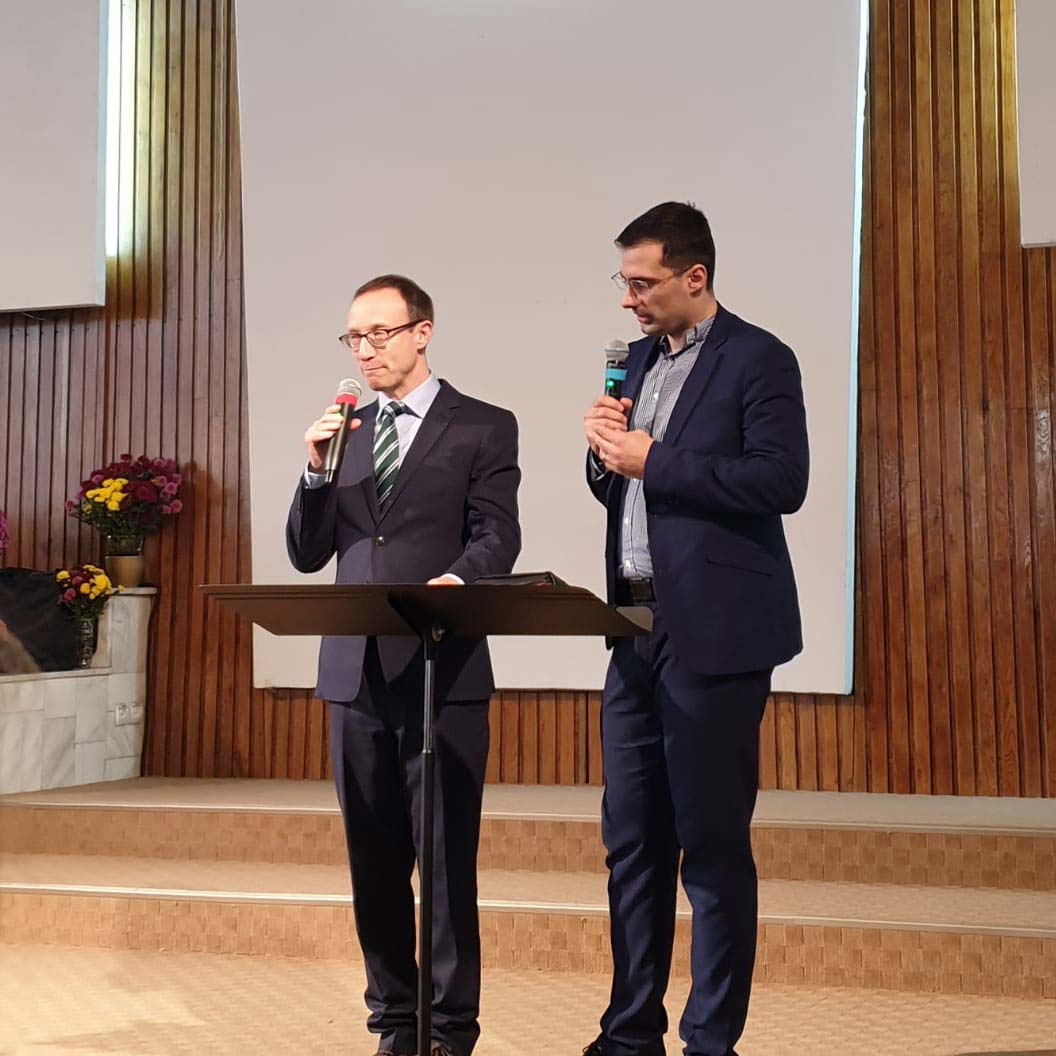 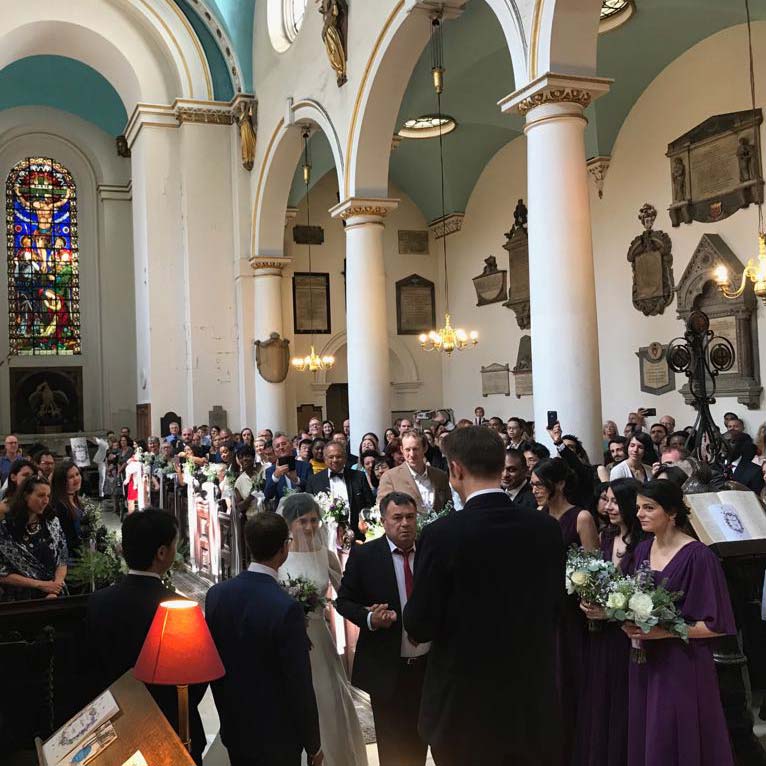 Being Jewish and Following Jesus

My family had no idea that I was investigating the claims of Jesus. I didn’t know any other Jews who believed in Jesus either. I even attended a men’s group in a synagogue for a time to see what they thought of verses in the Tanakh about the Messiah—but I never mentioned the Messiah or Jesus to them. Their answers did not satisfy me. Not surprisingly, my family was very unhappy at my decision to follow Jesus. Indeed my mum was angry and wouldn’t discuss my newfound faith at all. She wanted me to see a rabbi, but she never followed through.

I used to think God was unknowable, but now I know Him.

My beliefs impacted my life and I began telling my work colleagues about Jesus. I was working as a risk analyst for Deutsche Bank, and I frequently invited my colleagues to Christian talks. There was no conflict for me when it came to believing in Jesus and being Jewish. I used to think God was unknowable, but now I know Him. As it says in the New Testament, “No one has seen God at any time. The only begotten Son, who is in the bosom of the Father, He has declared Him.”  (John 1:18).

I have always been able to see life as a series of equations. Mathematics has always made sense to me; being Jewish has always been the most important thing to me. Now I can see that being Jewish plus believing in Messiah does equal faith in Jesus. And I want the rest of my Jewish people to know that it can be true for them, too.

Consideration of Jesus may be seen as the ultimate act of disloyalty for a Jewish person. But if Jesus is the promised Messiah, then to follow him, believe in him, and indeed, worship him, is the appropriate response. 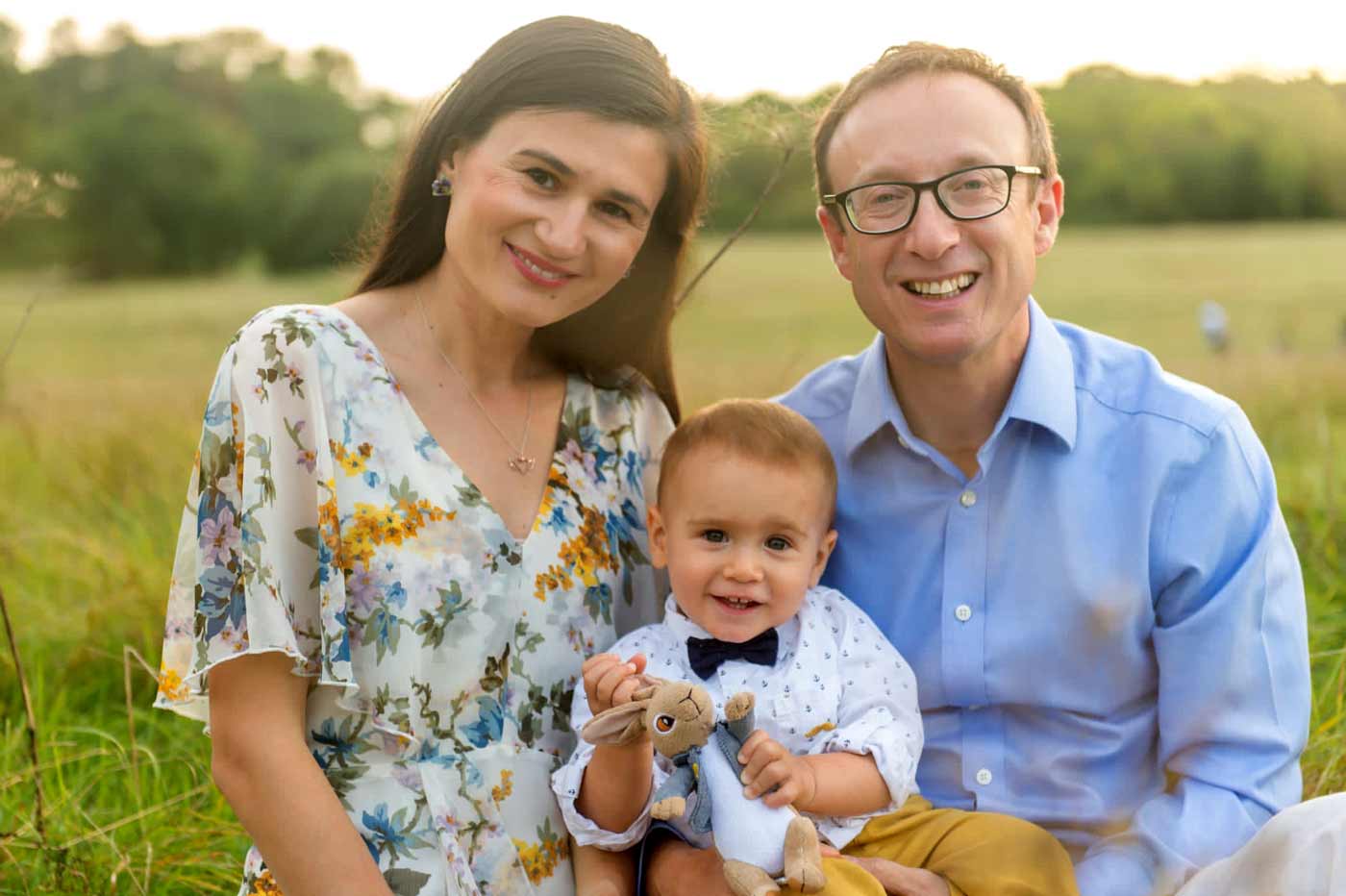 Ziggy is married to Cristiana and they live in North London with their two-year-old Noah, and are expecting a new baby in September. He works with Jews for Jesus in London, helping Jewish communities understand who Jesus is.