I'd heard Jews for Jesus were terrible, just trying to convert us. I'd spit whenever I drove by their office. 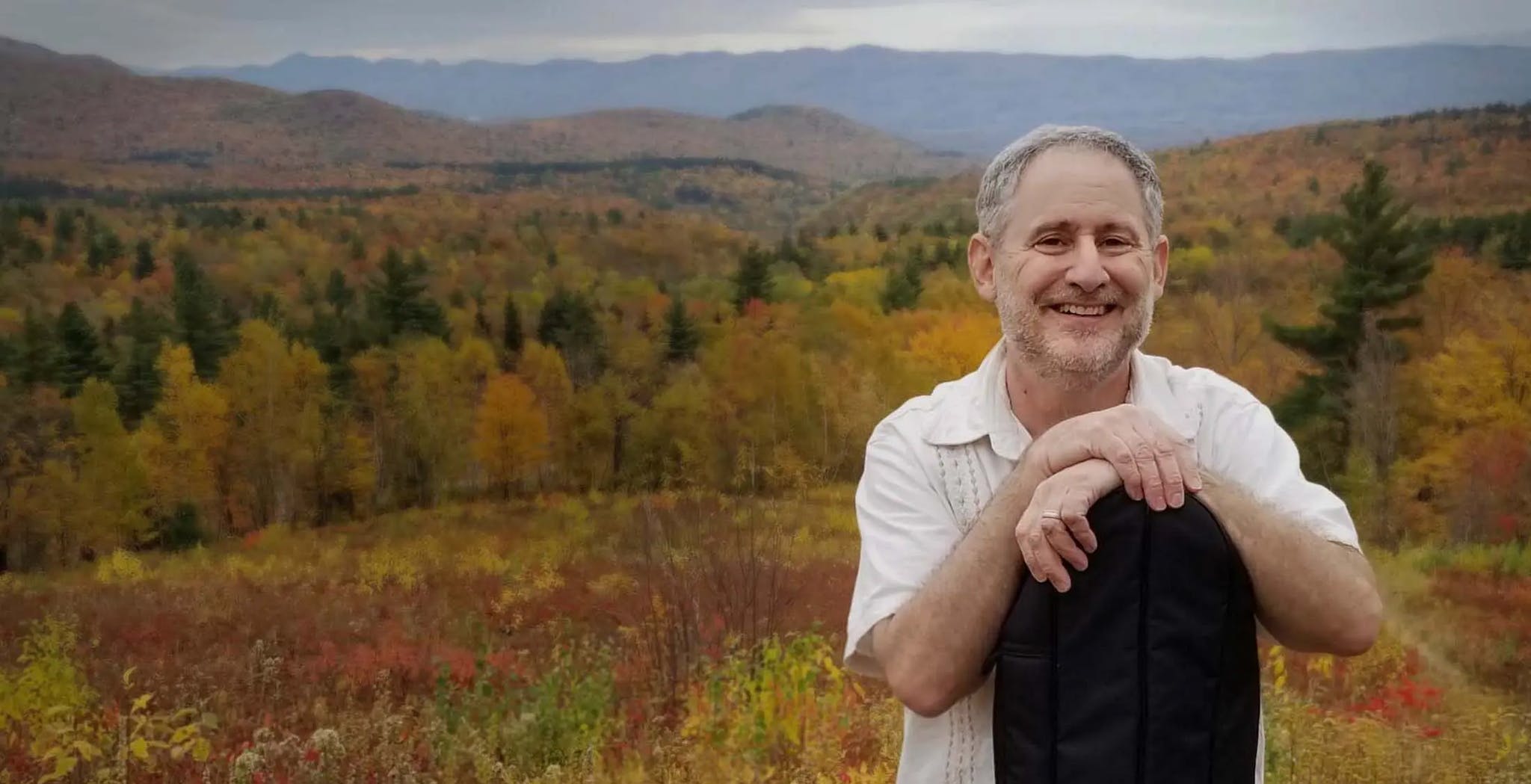 I was born in Toronto into a loving Jewish home, where we lit Shabbat candles every Friday night and celebrated Hanukkah and Passover. We belonged to a Reform synagogue where I was bar mitzvah. As a boy, I wanted a relationship with God. But no one mentioned Him much around the house, nor in the homes of my cousins, who were more religious than we were. Gradually, my family stopped going to synagogue and lighting the Shabbat candles. I was proud of my Jewish heritage but was confused. 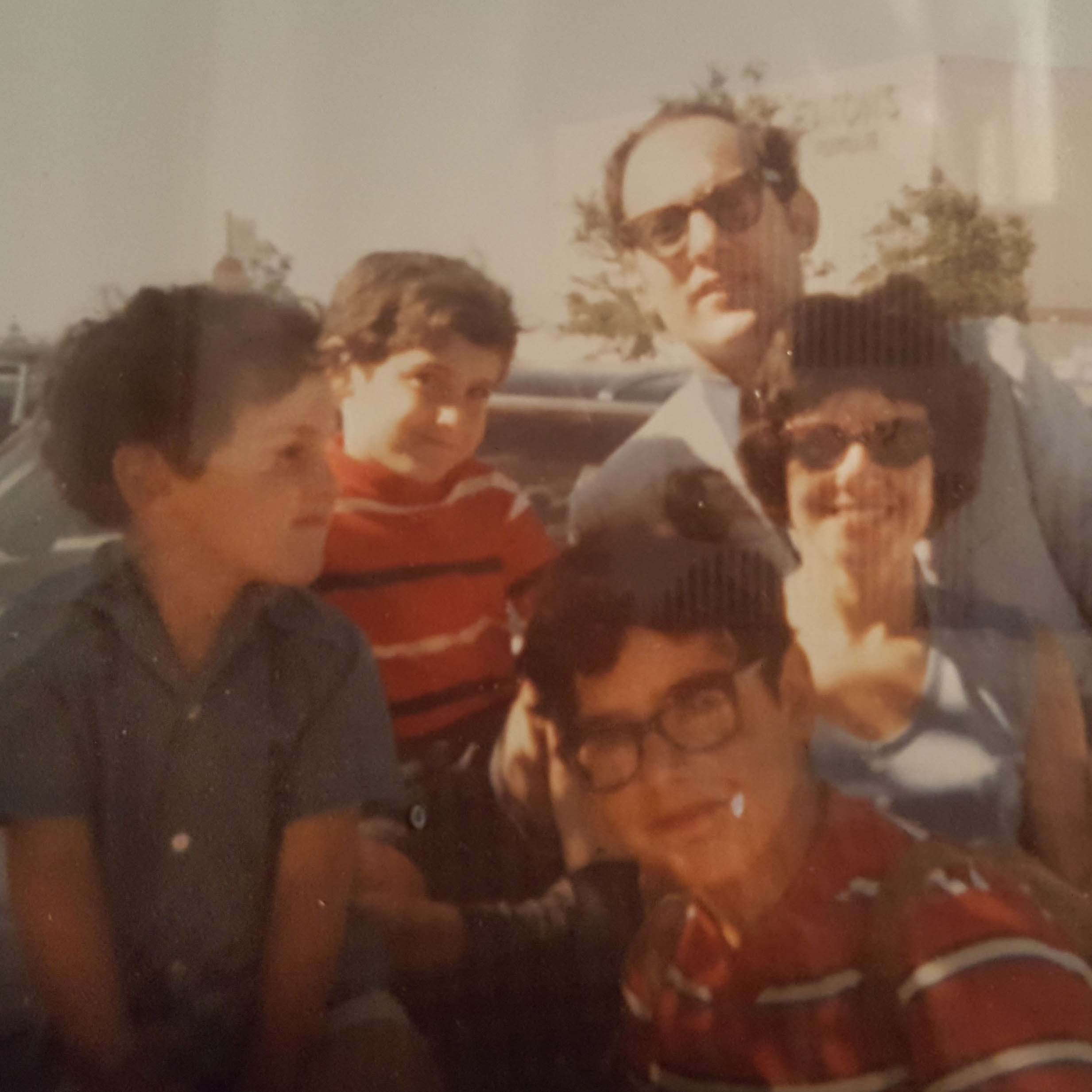 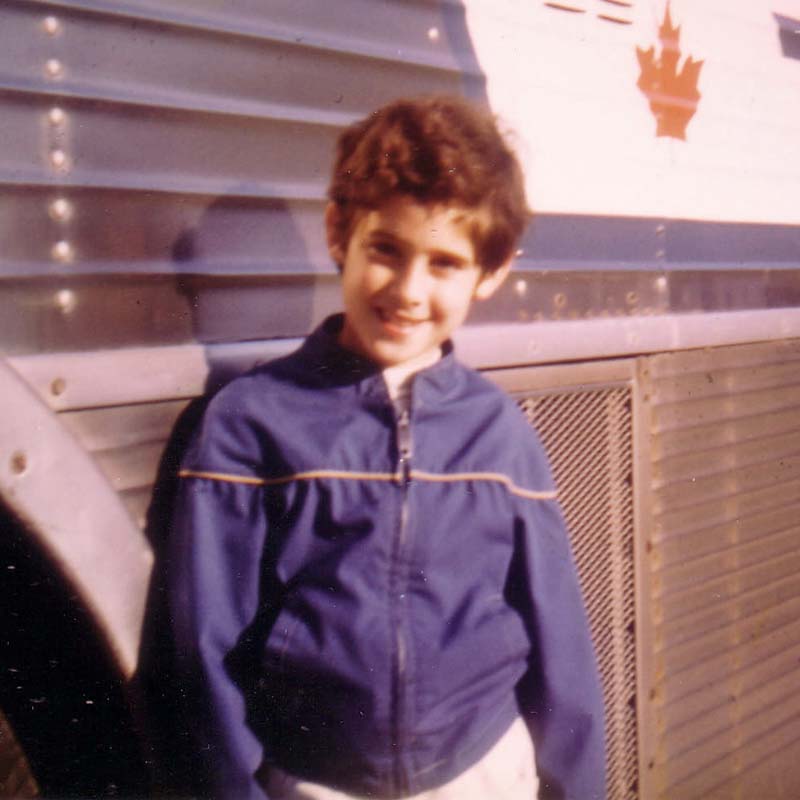 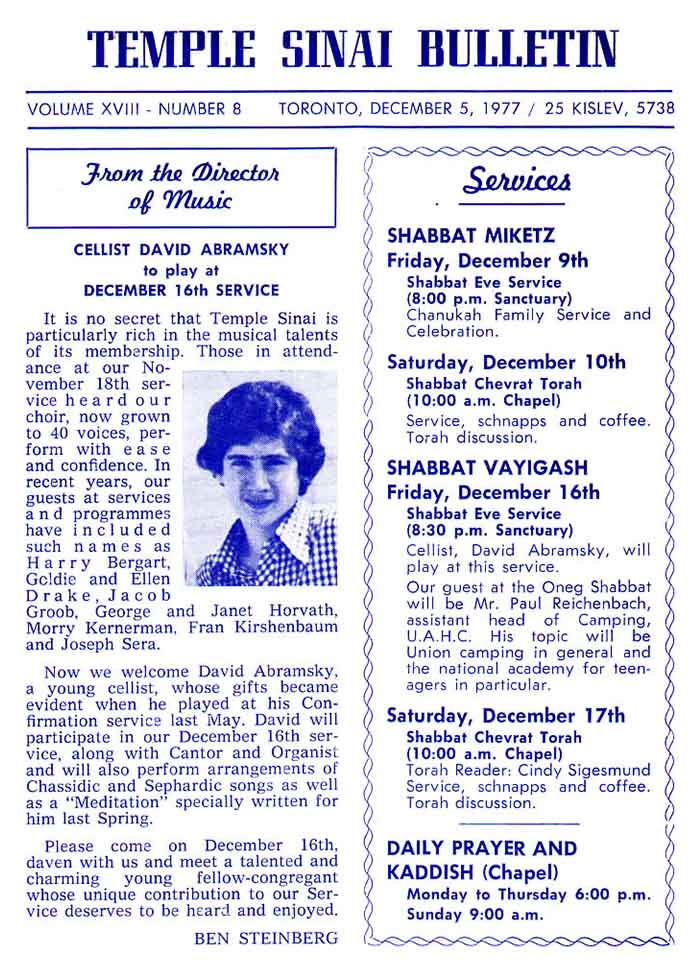 At the age of eight, I started playing the piano, and it quickly became my best friend. A few years later, at the age of eleven, I began playing with my next best friend, the cello. In high school, I excelled at math and science and yet, I realized that the scientific “laws” I was learning were approximations that were always being rewritten by the next generation of scientists. Before long, I found myself wondering, Is there any absolute truth in the universe?

I entered university to study engineering, at which point I started to have a hard time. My formerly excellent grades and my self-esteem began to slip. I didn’t believe in anything, nor did I know where to turn. Ever the people pleaser, I buried my pain and smiled on the outside, but inside I was just barely hanging on.

I moved way up to Thunder Bay, Ontario, where I tried by various means to find some peace and heal my emotional pain. For the first time since my childhood, I started to pray and to sense God’s existence—I began to realize I was not the center of the universe. During one low point, I was surprised to find that in my agony, I called out to Jesus. I wondered why, of all the gods I had heard about, his name came to my lips at that moment! But I quickly forgot about him when I felt better.

Somewhere in the back of my mind, I recalled hearing that we Jews were supposed to be waiting for the Messiah, but no Messiah had ever been mentioned in my family or Hebrew school. Then one day at my grandmother’s house, I found a New Testament among a pile of books left behind by a live-in housekeeper. I took it surreptitiously by hiding it in a pile of books my grandmother said I could take.

I was trained in the scientific method, yet I had judged the New Testament without having read it and wondered what kind of scientific method was that? So I took the book home and began reading it eagerly and with an open mind. It was not antisemitic—in fact, it was very Jewish. I couldn’t help being impressed with Jesus and the way he talked and lived out the teachings of the Hebrew Scriptures.

I used to drive by the Jews for Jesus office in Toronto and curse it.

My search deepened. I knew there were Jews who believed in Jesus; I even used to drive by the Jews for Jesus office in Toronto and curse it—or even spit at it—because I had been taught that they were “terrible people, just out to make Jews become Christians.” But there was no denying that Jesus was a Jew and a devout one at that. I was in awe of this man, who spoke to his peers as Jews and did not renounce his Jewishness. On the contrary, he was calling them back to the God of Abraham, Isaac, and Jacob.

I should’ve been happy

In the midst of my spiritual journey, I joined a band, and we moved to Toronto where I was once again close to my family. Now I had it all: friends, family, music, a CD selling in the stores. I should have been happy. Yet I awoke one Sunday morning feeling so low, so lost. But the most unexpected feeling came over me—an inner pull to get up, get dressed, get in the car, and find a spiritual “home.” 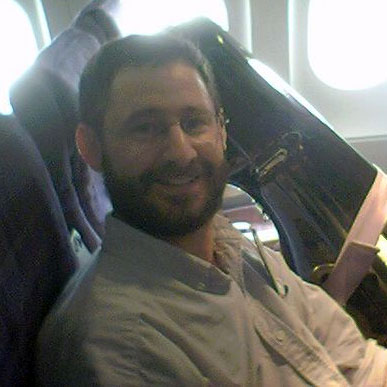 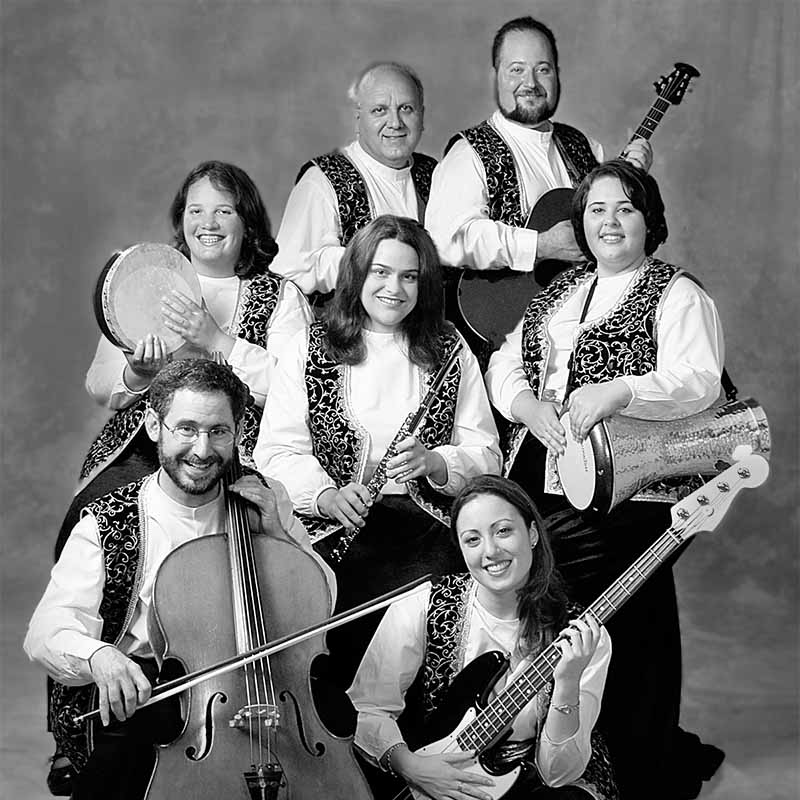 As I got dressed, I began to worry as I thought: A spiritual home? It’s Sunday; only churches are open today! Yet I persevered, following this inner pull, which seemed to be saying, Go to the first church you find. Oy, there it was! I was so scared, but I went in and sat at the back. Here were people singing, worshiping, and asking each other for prayers. Even the songs that day mentioned prophets from the Hebrew Scriptures like Ezekiel and Elijah.

It was too much and felt overwhelming, and I cried for two reasons: first, my upbringing told me it was wrong for a Jew to be finding answers at a church service—and second, could God love me so much He would bring me to this place? I asked Jesus to come into my life then and there.

Are there other Jews who believe in Jesus?

At the end of the service, a woman came up to me to chat. When she learned I was Jewish, she gave me the business card of Jews for Jesus Toronto. I now wanted to call them; I wanted to find other Jews who believed as I did. As I sat with Andrew Barron of the Toronto office, I said for the first time out loud that I believed Jesus was the Messiah, that his death had atoned for my sins and that he had risen from the dead.

I later learned from Bible study that resurrection is a very Jewish belief. I had never known that! What an encouragement it was to see Jesus being described in Isaiah 53, which talks about the suffering Messiah. And Jeremiah 31:31 blew me away! No one had ever told me that God spoke of a new covenant and I wish somebody had.

I came to have a deeper appreciation and knowledge of the Jewish Scriptures.

Other obstacles fell away as I continued my spiritual walk. I didn’t have trouble with the concept of one God in three persons: Father, Son, and Holy Spirit. After all, physics students learn early on to think of light as both particle and wave, yet it’s still light. We humans don’t have all the information, so it’s a mystery—a mystery I accepted.

Shortly after my initial meeting with Andrew, he and his wife, Laura, invited me over for dinner. I had a flood of conflicting emotions on that first visit because this house looked Jewish and smelled Jewish, and they were Jewish—and they believed in Jesus. I’m grateful to Andrew and Laura, as well as the Christians from my first church, which I attended for several years. Thanks to them, I came to have a deeper appreciation and knowledge of the Jewish Scriptures.

My faith in Jesus was very hard on my family. They were confused and embarrassed when I first told them about it. One relative went so far as to say that I had “left the race”! When I shared that with a friend, he asked me, tongue-in-cheek, “Did you turn in your Jewish DNA for another set?”

I don’t use the word ‘converted’ because it implies that I’ve left something behind.

I know that I am still Jewish. I don’t use the word “converted” because it implies that I’ve left something behind. I do not feel I have left anything. I am married to a Jewish woman who is a follower of Jesus too, and we are both proud to be Jews, descended from the line of Abraham, Isaac, and Jacob. We are also so grateful to finally see that Yeshua, the Jewish Messiah, is for us. 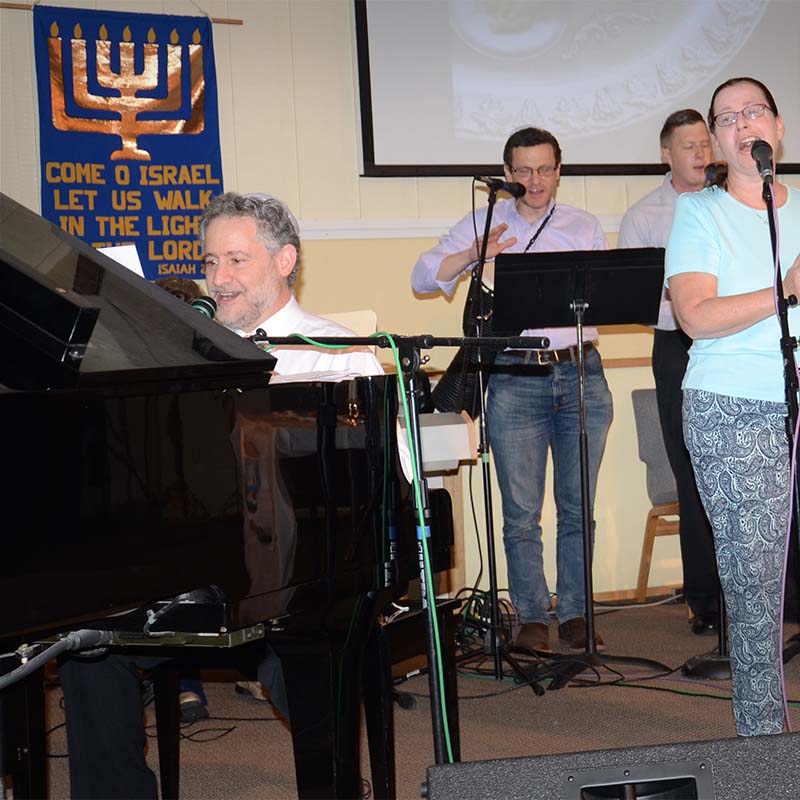 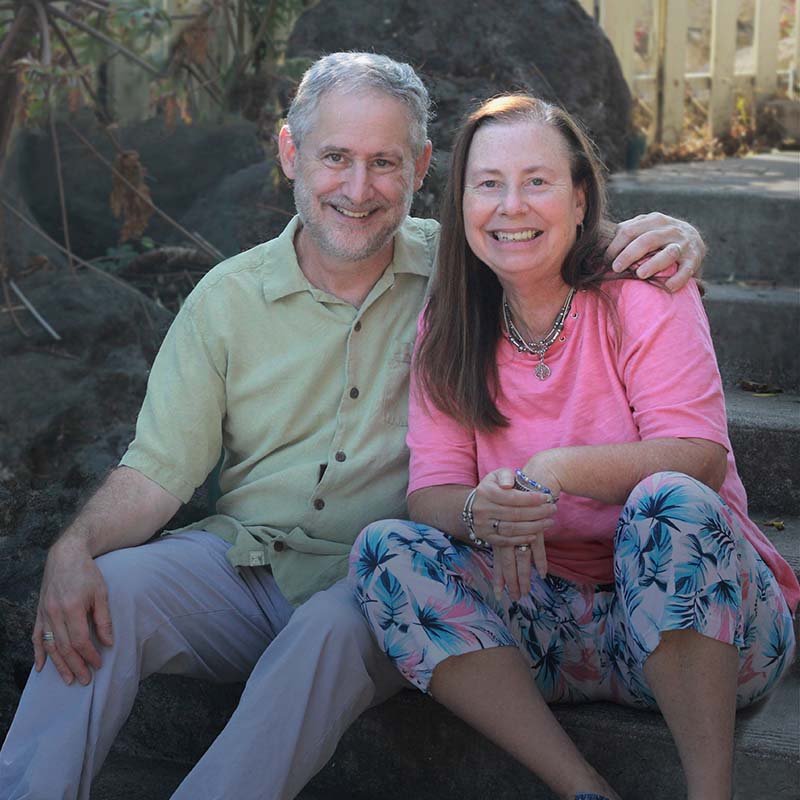