When I heard that God exists and wants to know me, I kept thinking, Wow! God? Really? 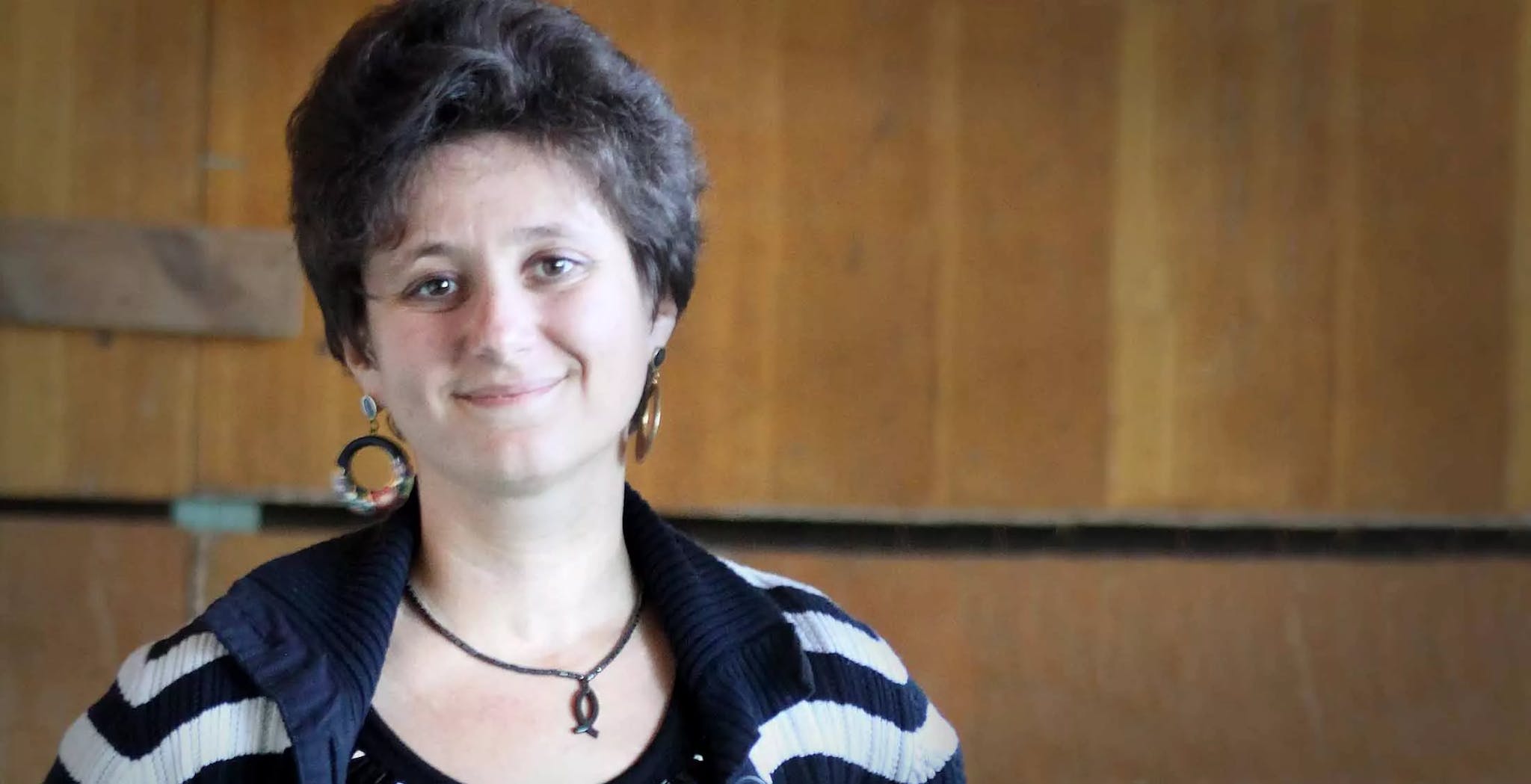 I was born and grew up in Ukraine, which at the time of my birth was part of the Soviet Union. I was born into a Jewish family, but in the region where I lived, it also meant that my parents and grandparents were all atheists. Religion was not a popular topic in the Soviet Union; it wasn’t banned, but people didn’t talk about it. 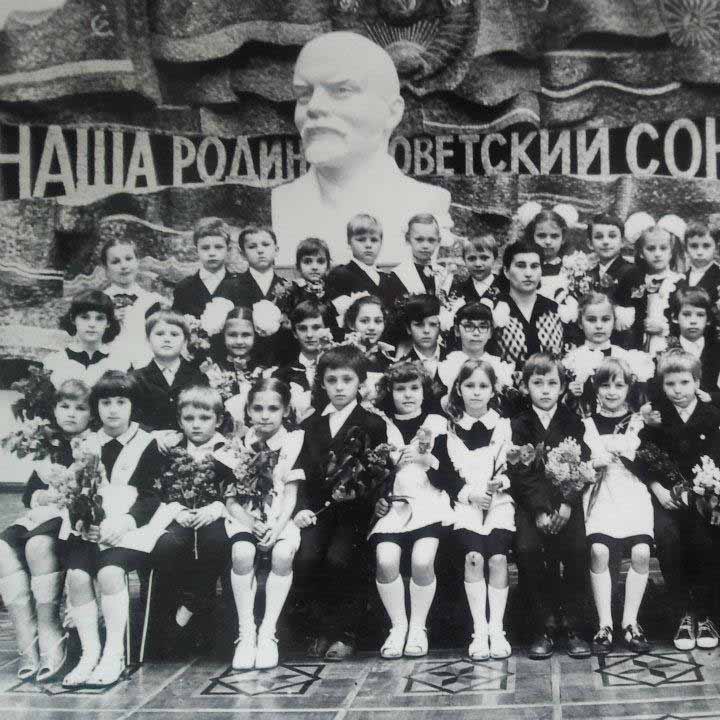 As I got older, I couldn’t understand why my family kept some Jewish traditions despite their disbelief. Even though my dad was an atheist, he came back from a business trip and gave me a New Testament. He said, “This is for you. It is the New Testament, the book that the Christians read. I have no idea why they read it and why they like it so much. But there are many, many Christians in this world, and they must know something, so why don’t you read it.”

I opened the small book, read a few lines, yawned, and closed it. I was a teenager, and it was just too much; I didn’t understand anything that was written. But I kept the little book because I found it to be cute because it was so small.

The Movie about Jesus

One day, he asked my class, “There is a movie about Jesus coming out soon. Why don’t we all go and watch it?” We were all okay with it, so we all went together. It was the first time that I had seen a movie about Jesus. It looked realistic, and it was very interesting, but ultimately, I still believed that it was only a movie, like a myth or a fairy tale.

About a month after that, I saw an advertisement in one of the central newspapers inviting people who had seen the movie about Jesus to write a review of the film and have their reviews entered into a writing competition. I loved to write, so my mother encouraged me to write a review. I sent it in and ended up placing second! After they had notified me about my placement, they gave me an address where I was supposed to pick up the prize. When I went to collect it, I realized the address led me to a church! When I went in, it just seemed like a gathering of people who were having strange conversations about God. But it piqued my interest, and I decided to return the next Sunday.

This high, omnipotent God actually wants a relationship with me?

I went to the church a few times because it was so irresistibly interesting—it was something absolutely new to me. At the age of 14, and for the first time in my life, I heard that God actually exists and that He really loves me. But I especially loved that God wanted a relationship with me! I couldn’t get over it. I could only keep thinking, Wow! God? Really? This impossibly high, omnipresent, omnipotent God? He actually wants a relationship with me? Are you kidding me?

A Miracle at Church

My parents wouldn’t allow me to go to church alone, so they took turns taking me. On the second or third time I attended, my dad was with me when the pastor began to share the gospel. Then the pastor stood up and said, “If there is anybody here that would like to get reconciled with God, please stand up and come forward, and we will pray for you.” I really wanted to go forward and take part in what the pastor had offered, but as I stood up, my father turned to me and whispered, “Don’t you dare!” So, I sat back down.

Several people went forward; they prayed, and the pastor prayed for them. They went back to their seats. I was so sad; I just sat there and thought, That’s it. I just lost my one and only chance to get reconciled with God. That’s it. I’ll never get another chance. I’m doomed.

The preacher sat down, and the worship team came and started to play music. About 10 seconds into their song, the pastor jumped up and stopped the band while waving his arms all around. He shouted, “Stop, stop, stop! Maybe there is just one more person here who would really like to reconcile with God but hasn’t done it yet?” I forgot about my father sitting there; I forgot about my family waiting for me at home; I forgot about everything. I jumped up and shouted, “Yes, yes, that’s me! Thank you!” That was a huge miracle for me—a pastor stopped his own service to call one more person to salvation. My family was not happy, to say the least.

My family did not care much whether I received Jesus, Muhammad, or Buddha, but they did not think believing in God, in general, was smart. So, for the next 15 years, every day and twice on Sundays until I moved out, my family would literally yell at me that I was being stupid and that my faith was severely limiting my life.

My parents were upset over a number of things in my life, which they blamed on my involvement in church.

Eventually, after I moved out and started living on my own, the yelling was reduced to comments, but my parents were still upset over a number of other things in my life, which they blamed on my involvement in church.

Running into Jews for Jesus

In my early twenties, I was a student at university. As I was walking to class one morning, I prayed, “God, I’ve been serving You for 10 years; I’ve been with You, and it’s been great, but I feel like I want to do something new. I am ready for some new things in my life. Could You do something new in my life?”

That afternoon on my way back from university, I was walking home with my head down and wasn’t paying attention to where I was going when I bumped into a man. As I raised my eyes and apologized, I noticed that the man was wearing a T-shirt that had “Jews for Jesus” on the front of it. I said to myself, Wait a minute! “Jews”—I’m a Jew. “For Jesus”—I’m for Jesus. I smiled and told him, “Hi, that’s me!”

That’s how I literally bumped into Jews for Jesus! Jews for Jesus taught me to share the gospel, and that as a Jewish person, I am chosen; I am special. Why? Because I have a special responsibility to bring the gospel not just to my Jewish people but to everybody around me. After literally running into Jews for Jesus, I worked as a volunteer with them, and then I eventually joined the staff.

Life as an Irish Dancer

In 2004, I attended an Irish dancing concert called “Lord of the Dance.” At the time, I made $300 a month, and the ticket to attend the concert was $150. I remember that after watching the concert, I told my mom that if there were a second concert the next day, I would’ve been happy to spend the remainder of my money just to watch it again and starve for the rest of the month.

I danced eight hours a day every day until during a workshop, I broke my back.

Soon after the concert, I joined an Irish dance school that was started by someone who used to attend my church. The school was open, and several Christians were also a part of the dance school. I joined the school as an ordinary student, but a month later, I became the director’s administrative assistant. I started classes with the beginners but was also invited to practice with the professional group. I danced eight hours a day every day until during a workshop led by a different teacher, I broke my back. I spent a month in bed and another month learning to walk again. Eight months later though, I was dancing again! 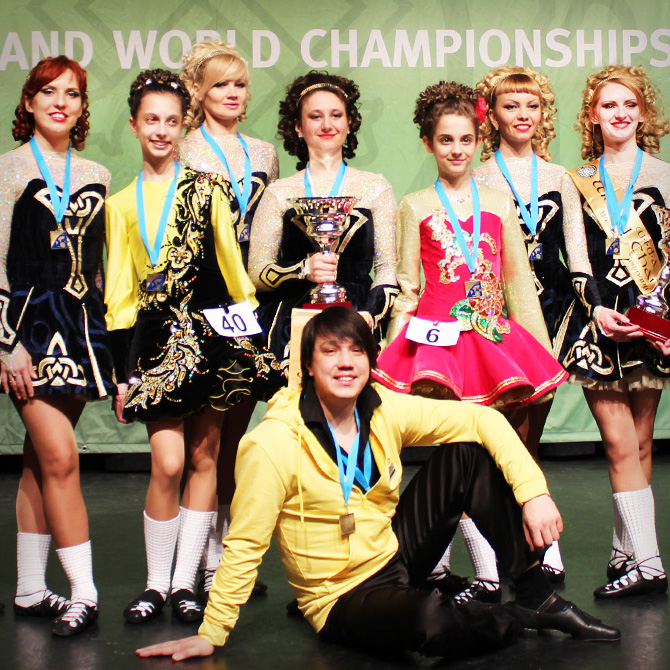 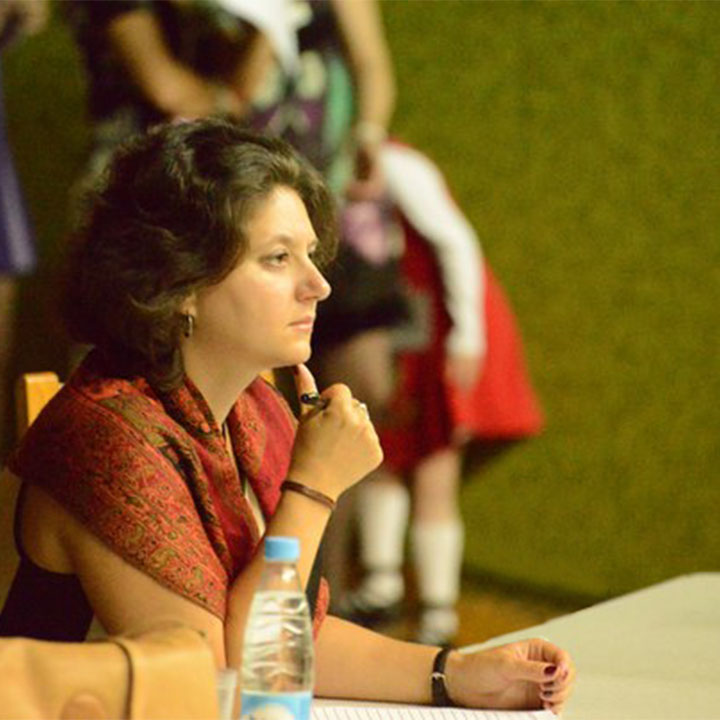 For the next 13 years of dance, I always had to wear a back brace, but I kept dancing. I won a lot of medals, was able to organize many events, had a film made about me, and was part of the team that won the world championship twice. After those 13 years, I realized I could no longer compete and switched to teaching instead. I was the first fully certified teacher of Irish dance in Eastern Europe, and then I became a fully certified judge. I’ve been able to judge Irish dance competitions all over Europe and in the United States.

In 2005, my father died after an eight-year battle with cancer; my mother and I were his sole caregivers. Three days before my father passed away, my fellow Jews for Jesus missionary, Edik, came over to help and sat with my father while my mom and I tried to get some sleep. When I woke up, Edik said that my father had just prayed to receive Jesus and asked for forgiveness. It was another miracle from the Lord.

Moving to the United States

For 19 years, I worked in Kyiv, Ukraine. Then, through a friend of the ministry, I met my future husband, Tim. Three weeks before our 2019 wedding, I moved to the United States. I now live and continue to work for Jews for Jesus in the United States. 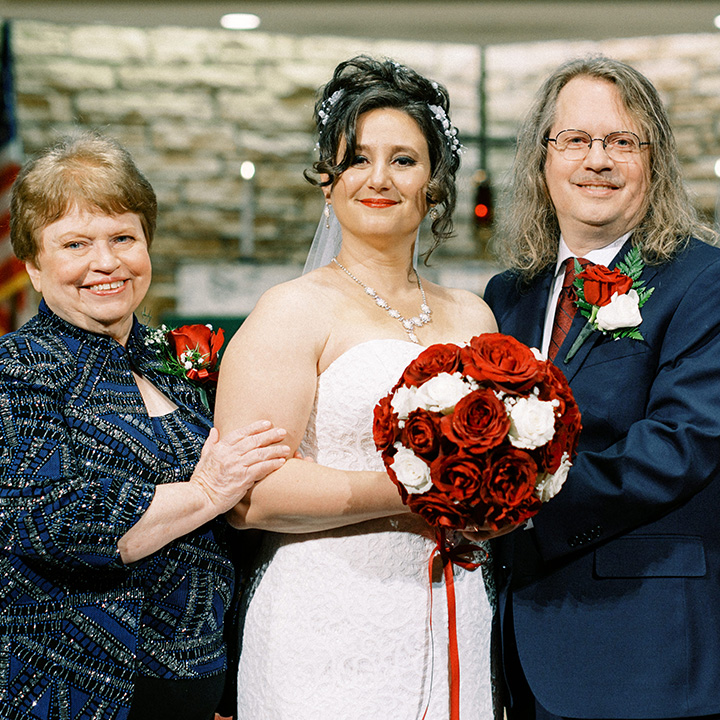 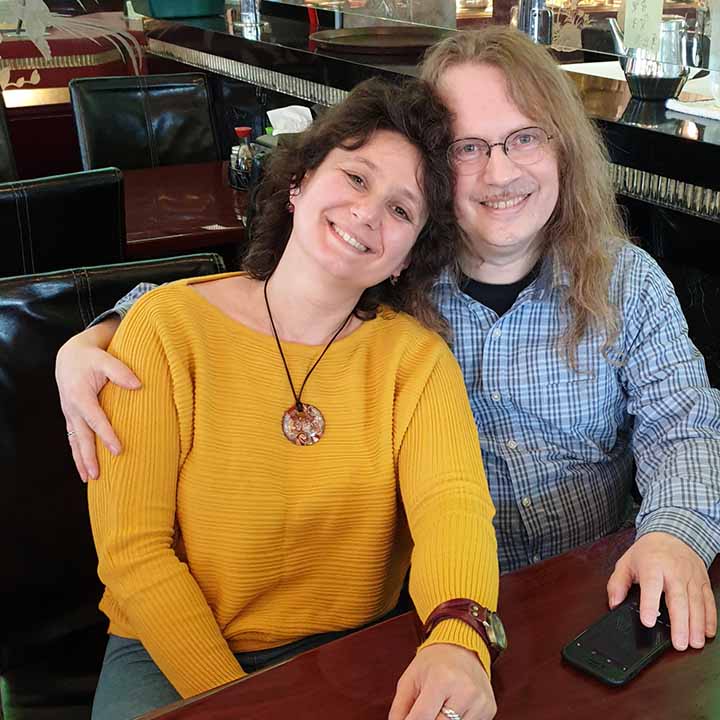 After I moved to the US, I kept in touch with my mother back in Ukraine with frequent phone calls. But when Russia’s invasion of Ukraine started in February 2022, the situation became very dangerous for her.

When bombs started falling too close to mom’s house, my Irish-dance friends intervened.

She was home alone with my cat and could not even imagine traveling anywhere. But when bombs started falling too close to her house, my Irish-dance friends intervened. They organized a whole evacuation plan, and she traveled for four straight days through four countries getting help at every stage from some of my church friends and fellow Jews for Jesus staff members. Finally, she (and the cat!) safely reached Berlin, where she stayed a night at the home of our Jews for Jesus Germany branch director. From there, she was able to board a plane to fly to the USA to stay with me.

Mom remains an atheist, but she now accompanies me to church every Sunday. She is amazed at the kindness and welcome she receives there. I sincerely hope and pray that she will find lasting hope and peace through knowing God and Jesus as her Messiah.