I slowly began to realize that I was set apart as one of God’s children. 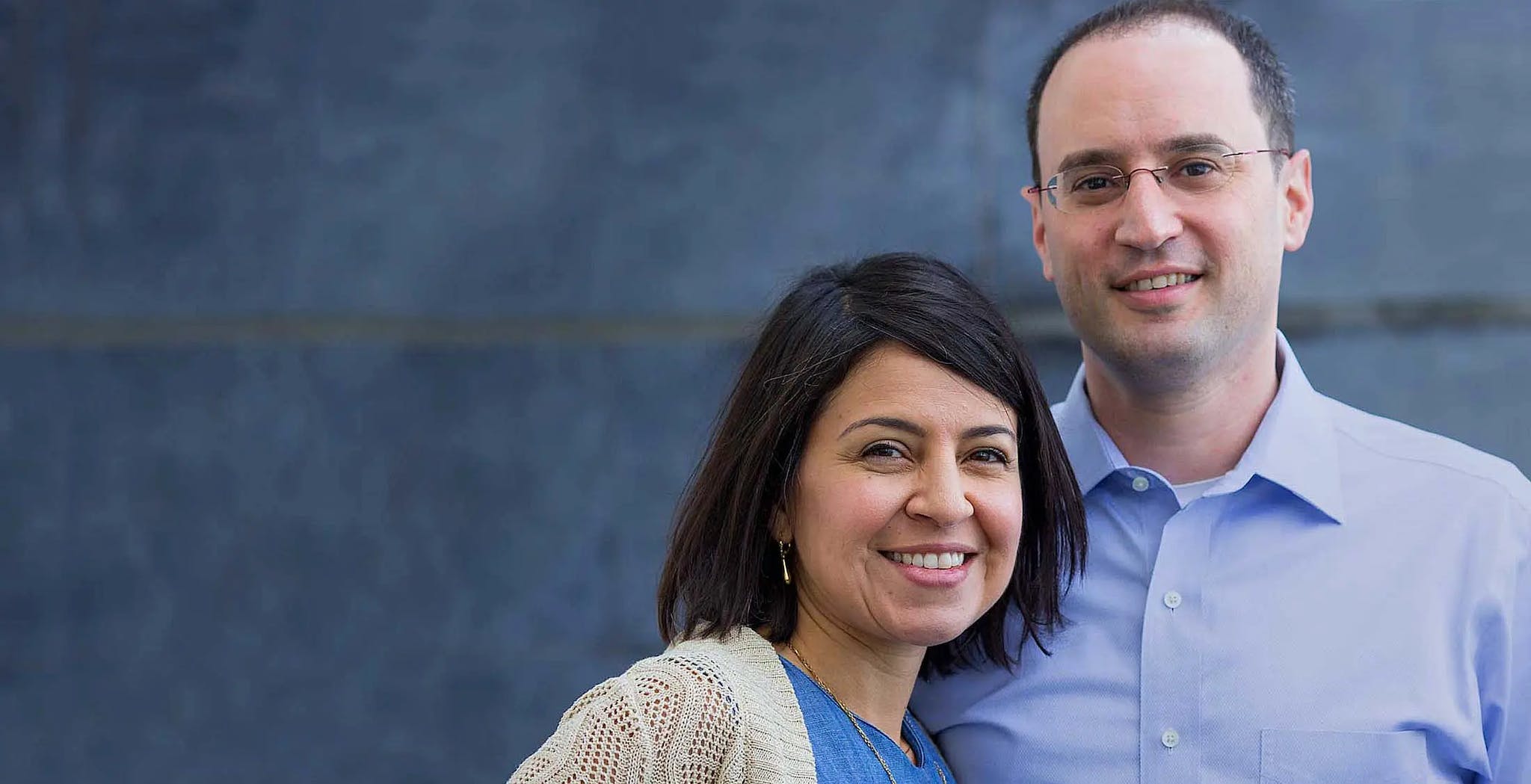 My parents’ upbringing in Central and South America

While I was born in New York, my story really begins with my immigrant parents from Central and South America.

My father was born in Guatemala City in a broken home. But at the age of eight, he met a missionary named Hazel, who introduced him to Jesus. When my father was 17, he moved to New York, where he met my mother.

My mother was born in Barranquilla, Colombia, to a Jewish family that immigrated to Israel. When she was a young girl, she said to God, “I know you are real. When I grow up, I want to know you.” When her family immigrated to New York, she accepted an invitation to go to church and knew that God had answered her prayers. 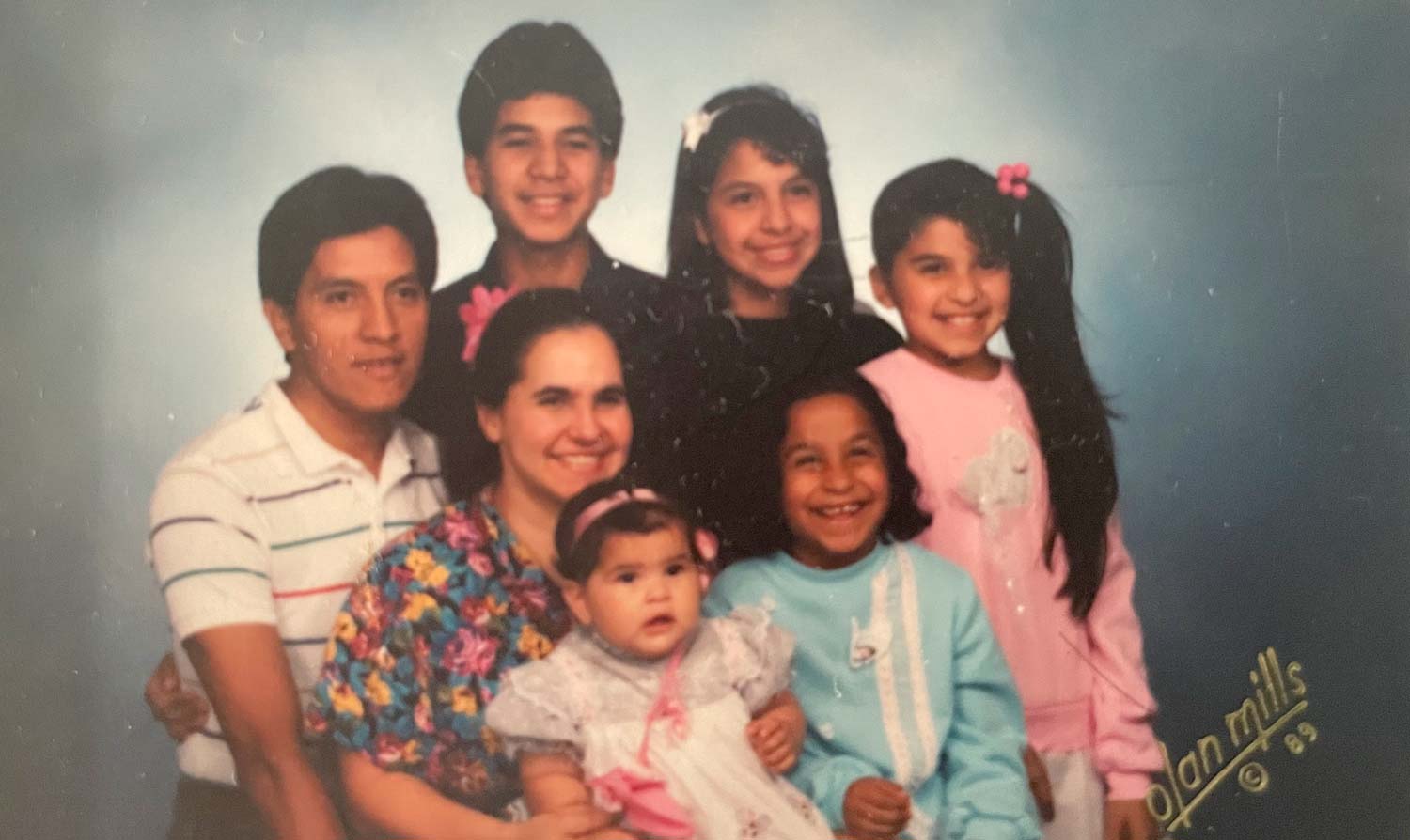 From multicultural New York to Missouri

My parents set a good example for me by faithfully following God, and while I don’t exactly remember when I started following Yeshua, I remember praying outside on a rainy day. The sun had peeked through the clouds, giving a warm glow as the rain continued to gently fall. I felt that God was so close to me at that moment. I said to Him, “God, I am so small, and you are so great! What could I ever do for you? Even still, please use me. But whatever I can do, let it be for you.”

We moved to Missouri, and it was so different from my multicultural upbringing in New York. I didn’t meet anyone else like me, and I desperately wanted to fit in.

What other Jewish Latina girls believed in Jesus like me?

To further complicate my identity struggles, when I was 10, my mother reconciled with the fact that she could be Jewish and believe in Jesus. We started celebrating the Jewish feasts. I enjoyed these celebrations and seeing God’s love and faithfulness, but at the same time, I felt like they made me even more isolated. What other Jewish Latina girls believed in Jesus like me?

Struggling with my identity

I always loved sharing my faith in Jesus with my friends at school, strangers on the plane, neighbors, really anyone who would listen! I loved reading my Bible and felt God in my heart and mind as I read it.

While I knew the Bible said that I was set apart (Romans 12:2), I still desperately wanted to fit in. So, after high school, I joined the US Army Reserve, where my first and foremost identity was that of a soldier—nothing else mattered. And while the army gave me a sense of belonging, I still knew that I didn’t feel right.

I realize now that I didn’t fully understand that I was set apart as one of God’s children. I slowly began to realize that I belonged to Him, and I wouldn’t find my identity in anything the world had to offer. 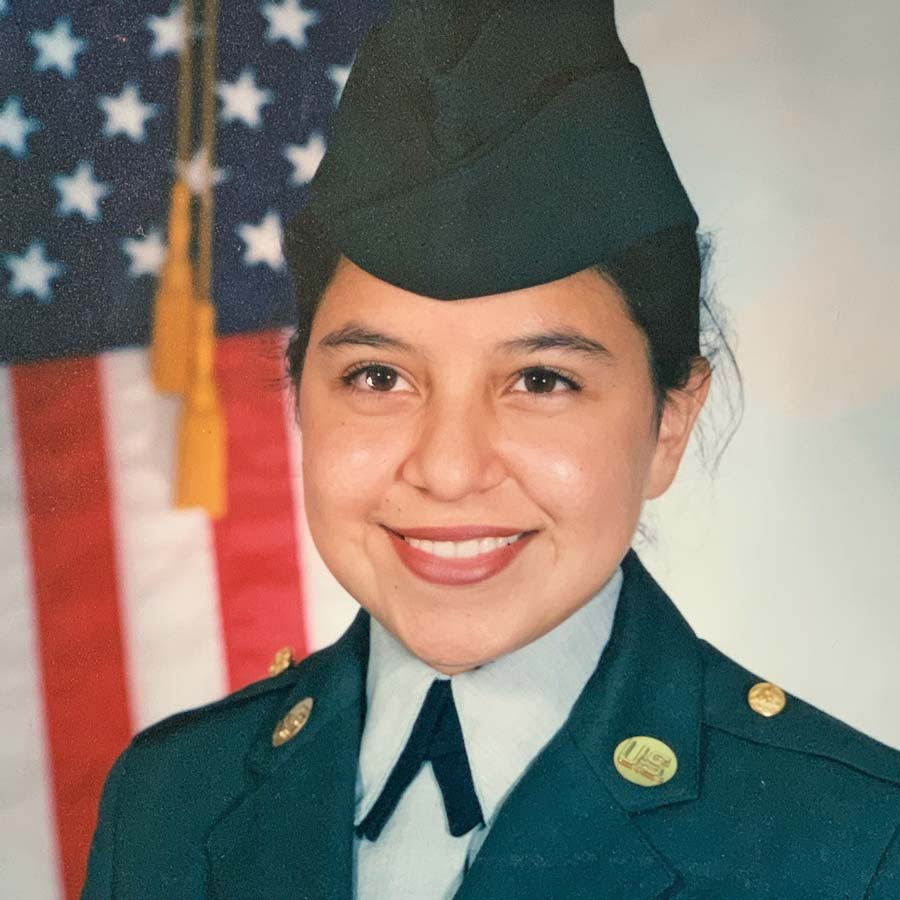 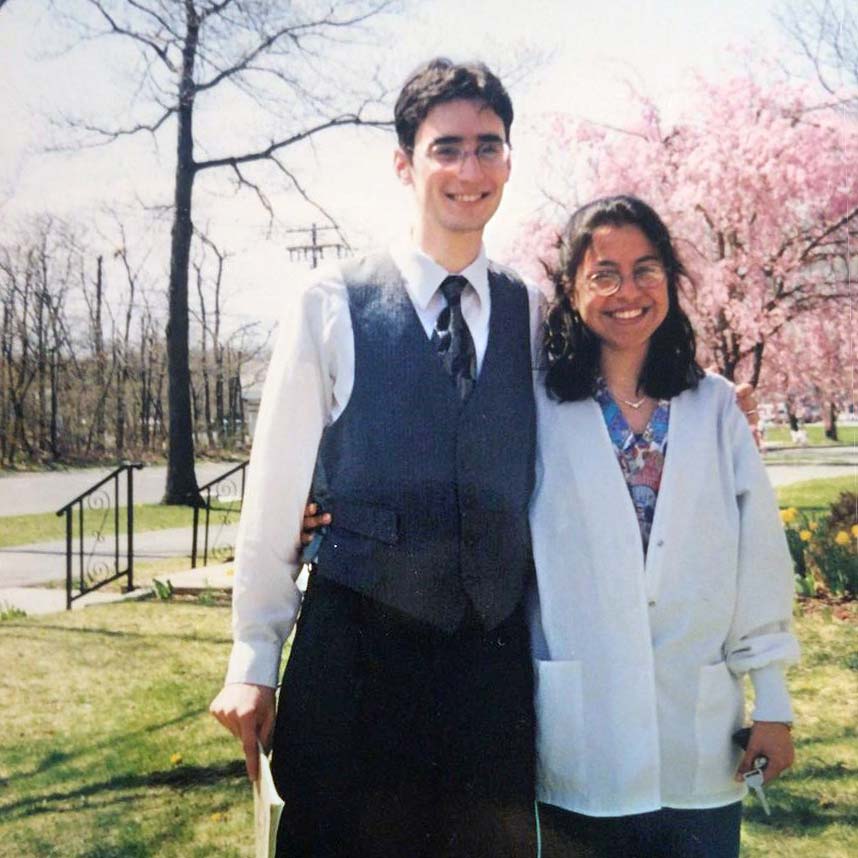 I am so thankful that God led a foreign missionary to my father’s town. He sent a local churchwoman to my mom’s childhood home to invite her to church. And I am so thankful that the identity that I had been looking for since I was a child has been found in Jesus, my Messiah.

Once I found my identity in Yeshua, I found a deep desire within me to tell other Jewish people about Him. And I have continued to tell people about Jesus ever since—even my own husband, Dan!

I always knew God was real

I was born in Israel on the holiest of the Jewish festivals, Yom Kippur. I grew up in a secular home. We followed traditions and observed the holidays, but none of them meant anything to me. We rarely went to synagogue, and my parents told me that the Bible was full of fairy tales and that people created God.

I didn’t know much, but I knew that God was real, and the Bible was true.

But something always prevented me from believing that. I didn’t know much, but I knew that God was real, and the Bible was true.

My bar mitzvah was a time to learn about my Jewish identity and go to synagogue. But I still felt that there was something missing. I knew we were supposed to be waiting for the Messiah, but it seemed futile. After my bar mitzvah, I went back to rarely attending synagogue and soon lost interest in serving God. 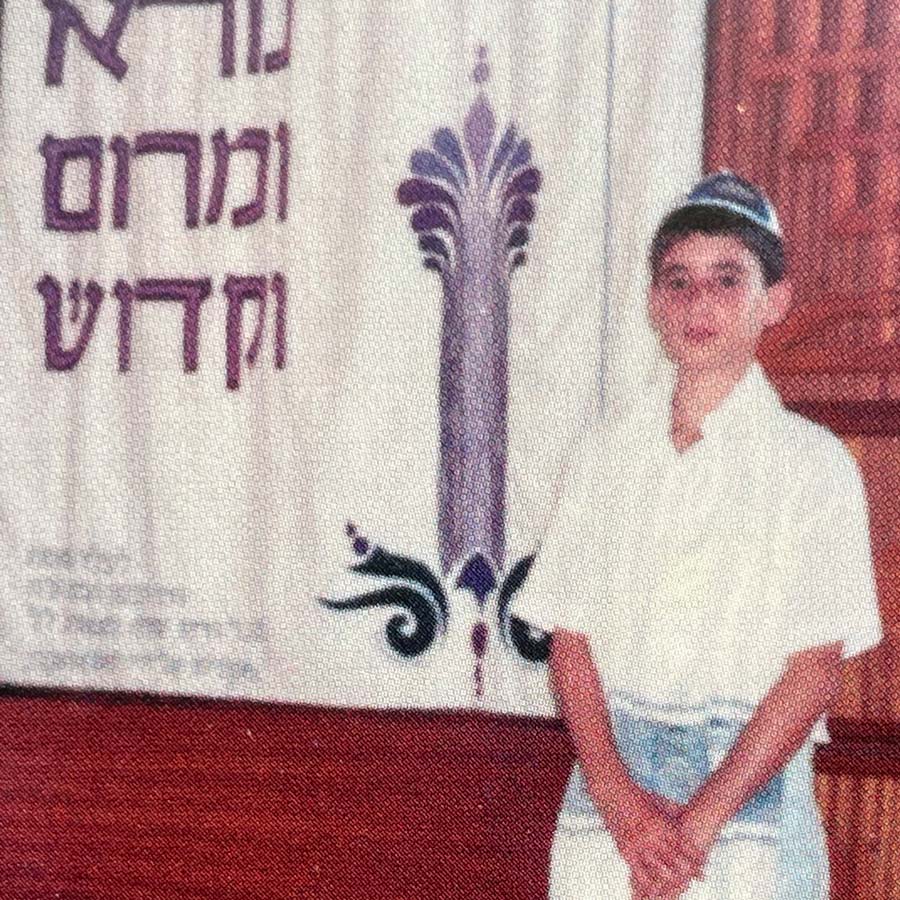 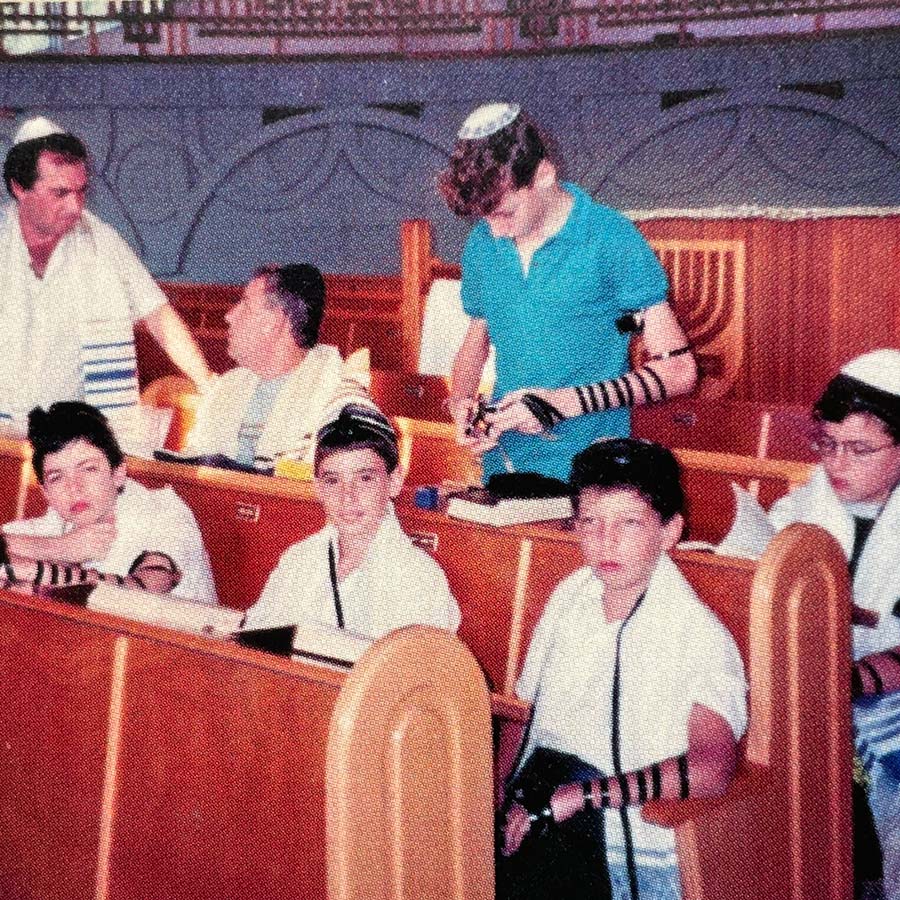 When I was 15, our family moved to New York. After graduating high school there, I enrolled in Stony Brook University as a math major. One day, a student named Dinah came to me with a math question. After I finished helping her, she commented on my accent. I explained that I was Israeli, and she enthusiastically replied, “I’m Jewish, too!”

At some point in our conversation, she told me that she believed in Yeshua. I had never heard that name before, so I asked who she was talking about. She told me that Yeshua is the Hebrew name for Jesus. As soon as I heard that, it made perfect sense to me. Yeshua in Hebrew means “salvation.” Now, if Jesus is salvation, I reasoned, it is possible that He is the Messiah, and I would not have to wait anymore. I was intrigued, so Dinah and I made plans to meet the next week.

Dinah showed me Yeshua in the Old Testament

Over lunch, Dinah showed me Old Testament passages that pointed to Jesus. By that afternoon, it was clear to me that Jesus was the Messiah. I wondered what my parents would say. I told Dinah that I couldn’t accept Jesus until I told my parents. I couldn’t make the most important decision of my life without letting them know. I was afraid, and it took me a couple of days to tell them.

Incredibly, they did not seem very concerned and said something to the effect of, “You’ll grow out of it.” Later, I found out that Dinah’s family and congregation had been praying that my parents would not react too negatively. The next day, I described what happened and told Dinah, “I believe!”

Dinah explained that I needed to ask God to forgive my sins and invite Him to be my personal Messiah, which I did later that day. My parents watched while I faithfully attended church and Bible classes over the next three months. They realized that I was not merely going through a phase and became extremely upset. My mother went through my room and threw out everything having to do with Jesus.

I realized that there was no way I could stay in my parents’ home and follow God. Leaving was a source of great sadness for me. It is still quite ironic to me that my parents put so much effort in attempting to bring me back to Judaism and to a God that they don’t believe in. 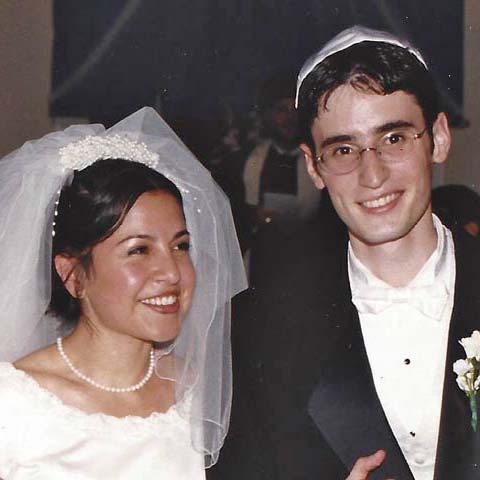 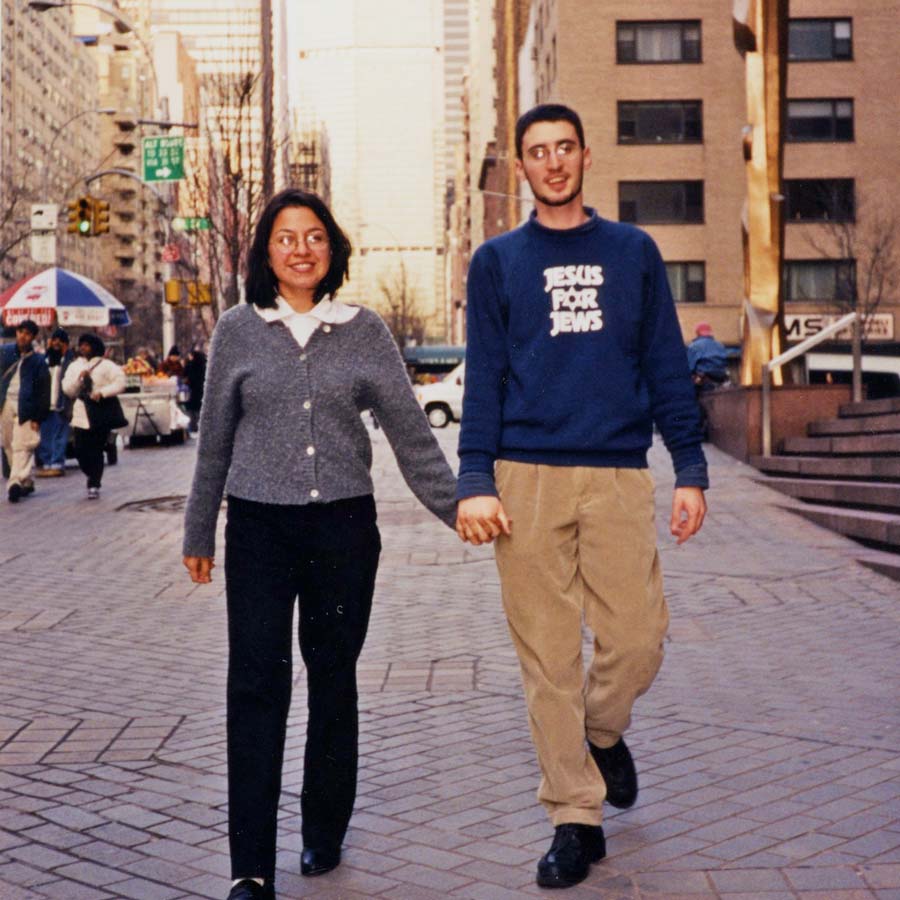 Dinah says: In the summer of 1996, I volunteered with Jews for Jesus, where I felt right at home. I knew that I wanted to spend the rest of my life sharing the spiritual richness I had found in being 100% Christian and 100% Jewish.

Dan and I met in 1997 when I shared the gospel with him. After we married in 1999, we moved to Israel to work with Jews for Jesus for nearly 20 years. We raised three beautiful children, and we now live in New Jersey, where we continue to share the gospel with the Jewish people.

In Israel, we were viewed as a curiosity. I was surprised at their response—people in Israel were genuinely interested to know why we believed in Jesus. One of the most culturally shocking experiences I had was seeing fliers littered in the streets with the warning “the Sereds are missionaries—beware!” We were embarrassed and angry. It was an interesting time, as our relationships were challenged. Living in Israel was a very new and challenging experience for me.

Dan says: My parents continued to be hostile towards my faith and also pressured me to call off my marriage to Dinah. But God continued to be faithful to us—we married and moved to Israel, and I began working with Jews for Jesus there.

God has taught us to live in the light of His greatness and our redemption.

God continues to teach me and Dinah to be faithful and trust Him. He is the source of life: “for in Him we live and move and have our being” (Acts 17:28). After working in Israel for 20 years, God brought us to New Jersey to serve here. No matter where we are, we know God is with us. Dinah and I strive to be attentive to His guiding voice. In response, we can give thanks for all that He does in our lives, the lives of our family and friends, in ministry, and places we are called to. 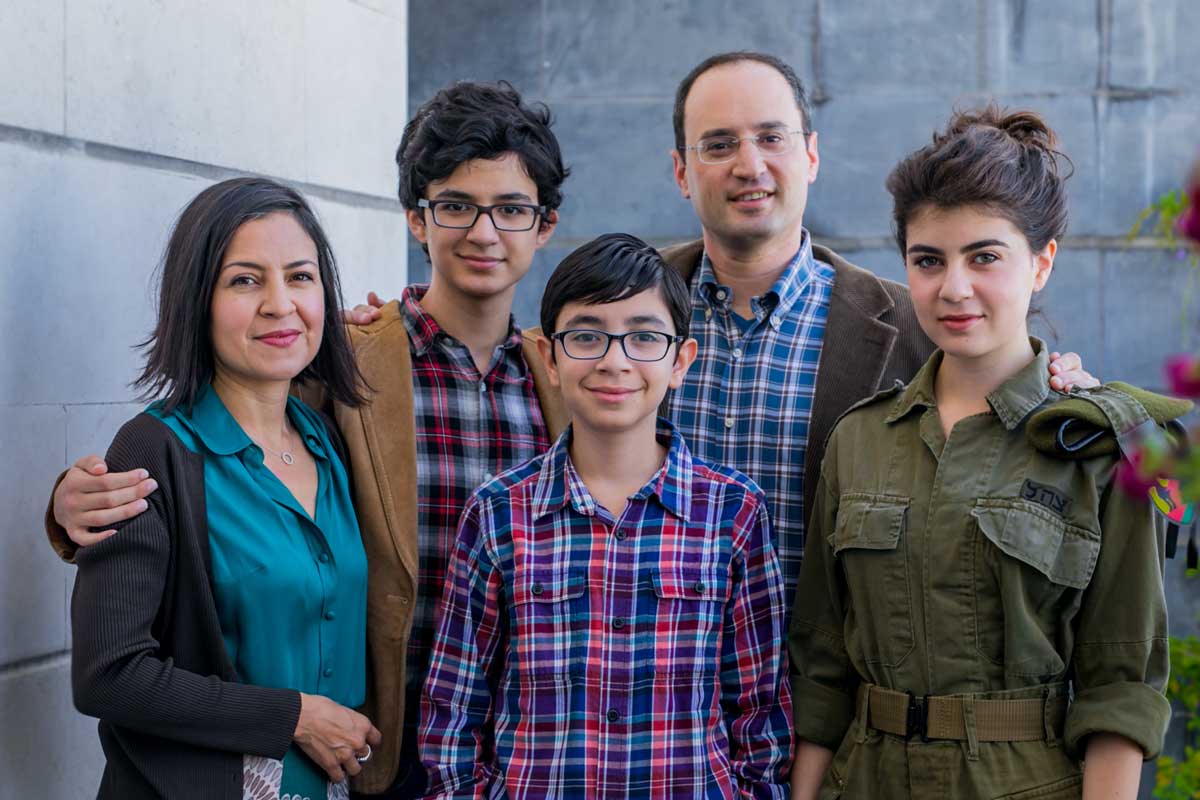