Making Aliyah and Meeting Yeshua: The

I was raised in the Reform Jewish tradition but grew up in an Orthodox Jewish neighborhood in Indianapolis. 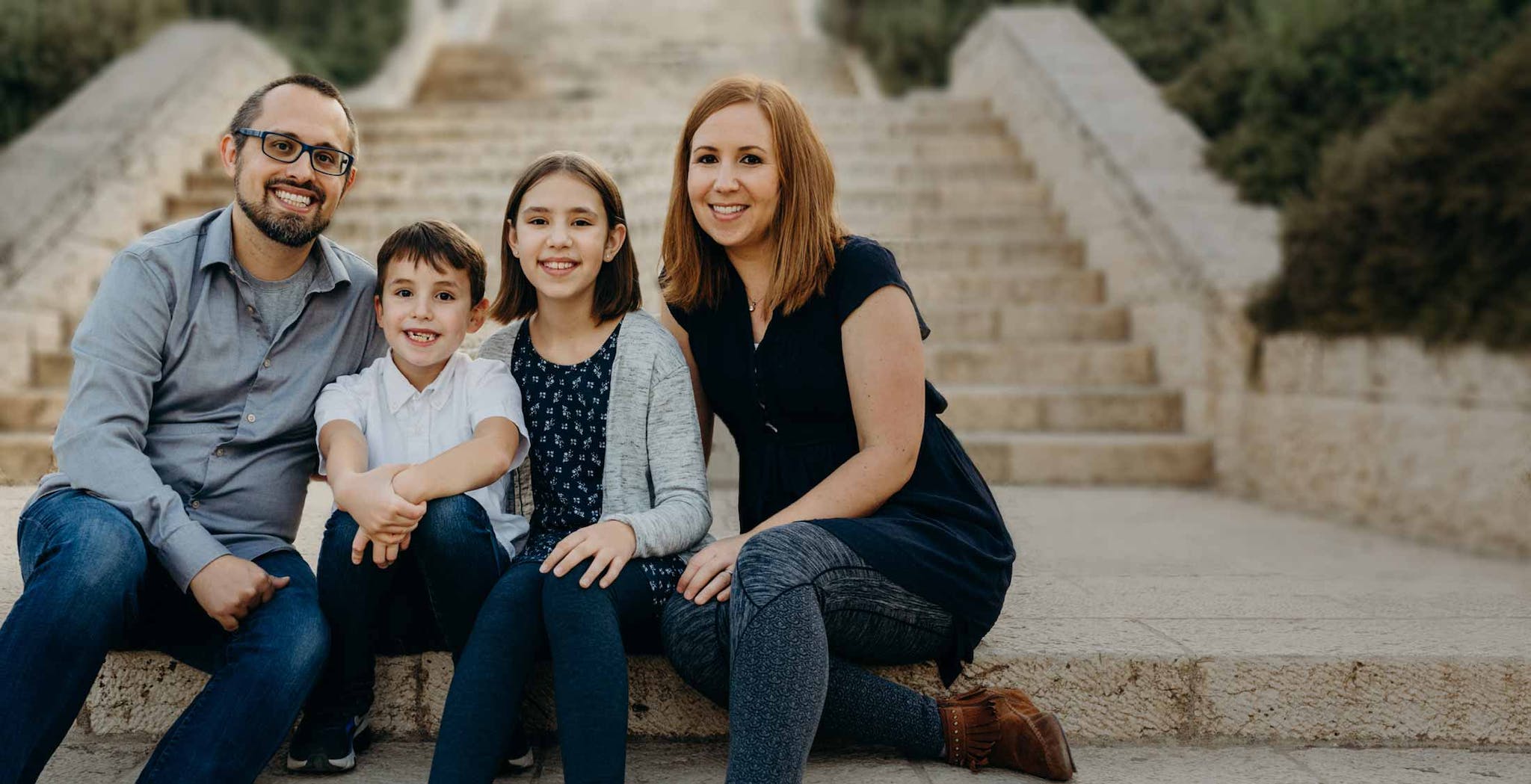 I was raised in the Reform Jewish tradition but grew up in an Orthodox Jewish neighborhood in Indianapolis. I always associated myself with the Jewish community. Still, the Orthodox Jews did not always accept me in my neighborhood because of our Reform tradition. At my public school, I remember multiple occasions where I was singled out because I was Jewish. I remember playing with my friends, Shalom and Betsalel, who couldn’t eat at my house because we weren’t kosher enough, even though my family was vegetarian and never had meat in the house anyway!

Our Reform synagogue went through several rabbis. Each came with their own flavor.

During my childhood, our Reform synagogue went through several rabbis. These rabbis each came with their own flavor, forms of worship, and interpretations of the Torah. One rabbi told us that it didn’t matter if we believed in God. Another said that Reform Judaism should be more about our good deeds than about traditions.

This created a lot of confusion within me, which only fueled my apathy for attending Sunday school every week. I was a straight-A student in school, but when it came to synagogue, I was the kid with my head down on the desk, asleep. Nevertheless, I plodded along and even attended Hebrew school to become a bar mitzvah, like every other kid in the neighborhood. 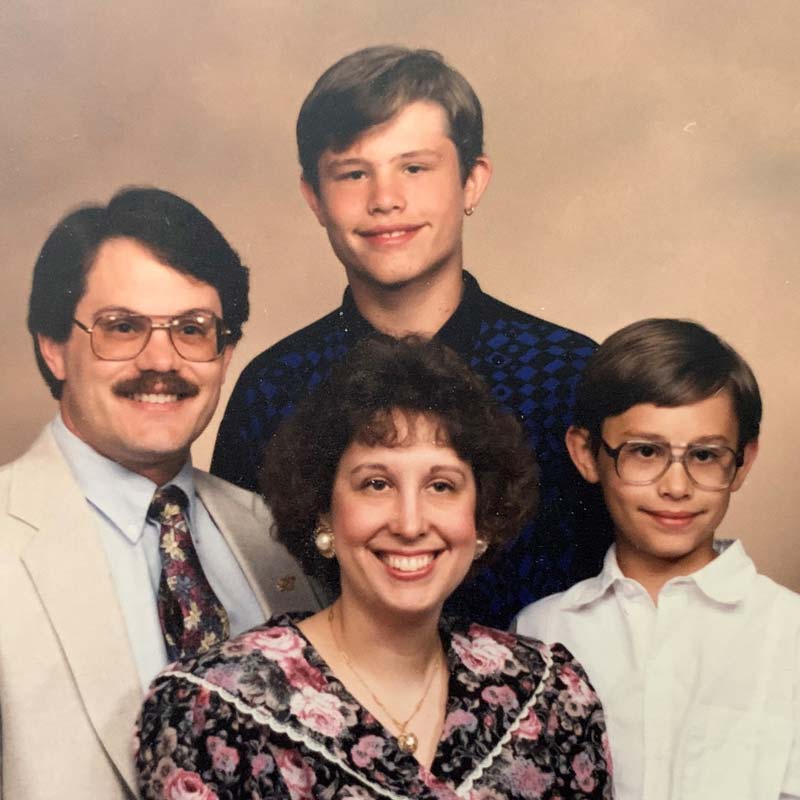 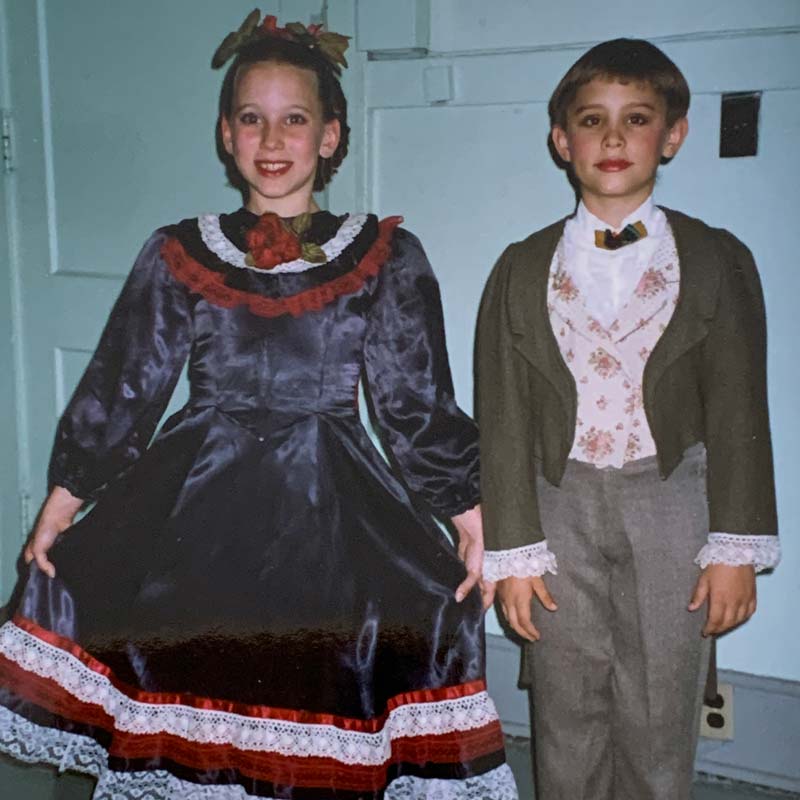 It didn’t help my struggle with religion that I was picked on at school and told by a friend or two that I was going to burn in hell because I was Jewish. Nor did it help that houses in my neighborhood were egged around Easter since we were blamed for Jesus’ death. These incidents reinforced the idea that believing in Jesus was unacceptable, even if he seemed like a nice enough guy to me. I recall asking one of my rabbis about the afterlife and the Messiah. He said we didn’t need to worry about the afterlife; we should be more concerned about the life we are living now. He said that we are all the Messiah that can change the world. His first answer seemed wise, the second insane.

I found my place in the world of arts and theatre

My parents were always very loving and supportive, and we had a wonderful relationship most of the time. They had a love for the arts and fought for good causes, and reinforced that in my upbringing. From a young age, I studied ballet, art, music, and theatre. I volunteered for food drives and at an animal shelter.

By the end of high school, I found my niche in the drug-filled theater world and was extremely liberal and outspoken to the point of being brash and prideful. In college, I dabbled in the occult, smoked marijuana, and was open to anything. However, I was also conflicted by the way I was living. At the time, I would have said that I was a noble and honorable person, but I would also have quickly admitted I was sinful. 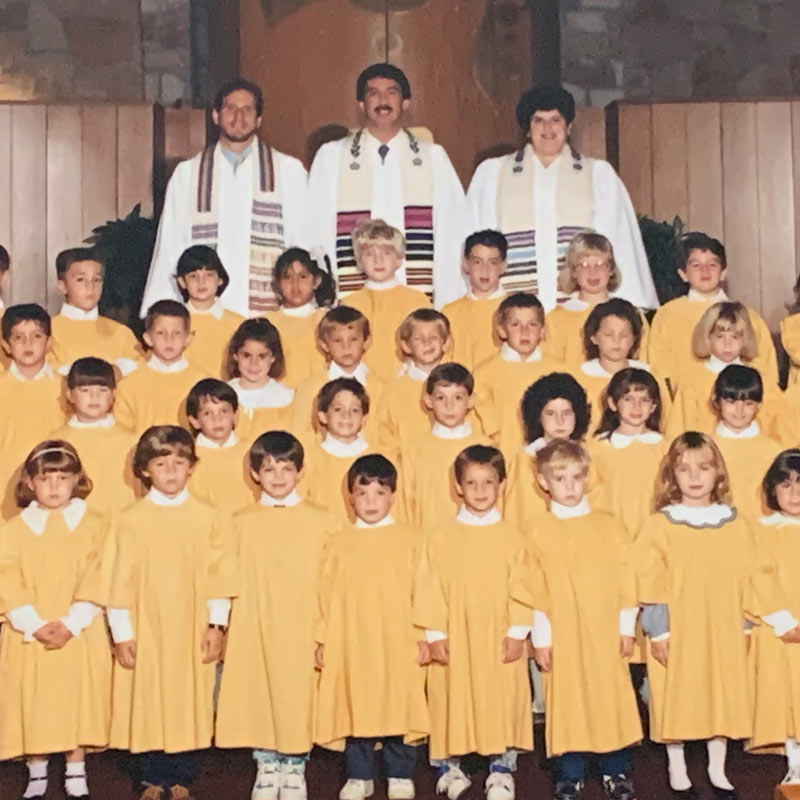 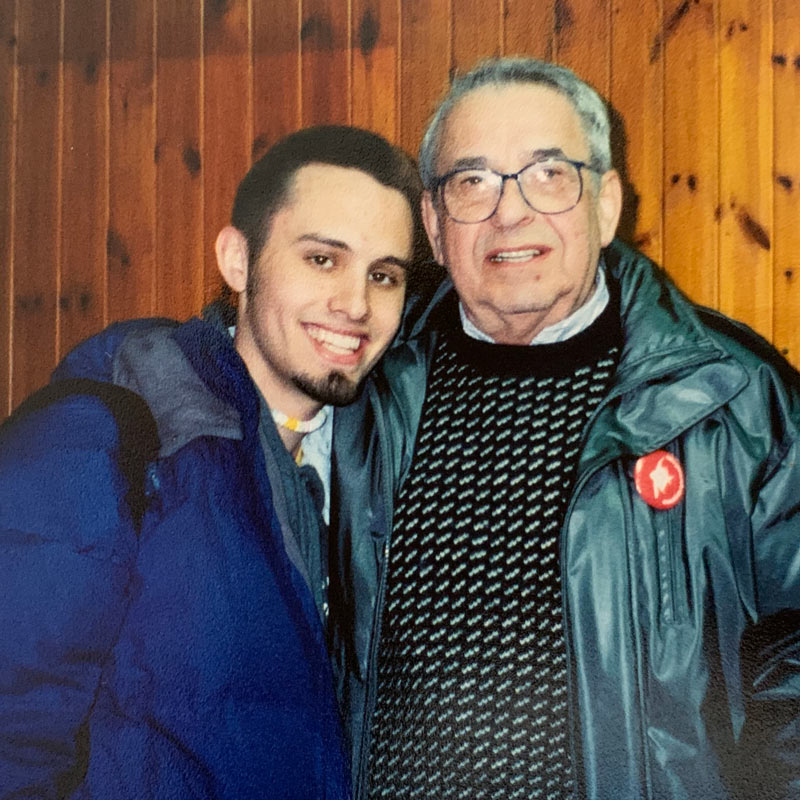 My Birthright trip pulled me to Israel

At age twenty, in the middle of my university studies, I traveled on the Birthright program to Poland (in connection with the March of the Living) and on to Israel. This trip reconnected me with my Judaism. After seeing Auschwitz and Majdanek, places filled with such death, I was amazed at the life I saw in Israel. God had brought our Jewish people back home, and I wanted nothing more than to stay. But being a good Jewish boy, I listened to my mother’s plea to finish my bachelor’s degree before returning.  My newly found belief in God caused me to pray a bit more, but I was still far from having any connection with Him.

I was amazed to see Israelis believing that Yeshua is the Messiah—it felt both foreign and welcoming.

When I moved to Israel in August 2005 to pursue a master’s degree, God got my attention. I had gone to church meetings and youth groups with friends before, but I knew very little about Yeshua. Within a few weeks of arriving in Israel, I met two university students who invited me to attend a local Messianic congregation, and I decided to go. I was amazed to see Israelis, some wearing tallitot and kippot, all believing that Yeshua is the Messiah—it felt both foreign and welcoming.

Intrigued by the love of Christians

After attending a few meetings, I was intrigued by the love they demonstrated for the needy and the community around them. I began regularly attending the congregation as well as a weekly homegroup. I even started reading the New Testament and was surprised to see its connections to the Tanakh. At one meeting, a young man challenged me to pray to God every night, asking Him to reveal to me if Yeshua is the prophesied Messiah.

Before I knew it, I had some very unusual dreams. I wrote the dreams in a journal and wondered what they meant. When the congregation announced an upcoming seminar on dreams and Bible prophecy, I knew I had to attend.

The moment I entered the room on the first night of the seminar, I had a strange feeling that one particular woman standing up front was going to tell me something. For the next few nights, I listened to the teachings about prophecy in the Bible and how God was still speaking to people. On the final day, the leaders asked us to write down our dreams on a piece of paper. They collected our slips of paper and privately read through all the dreams during the course of the day. The leaders decided to speak about my dream! I was amazed that the leaders had picked my dream because they felt that God was speaking to me. They had no idea that, unlike most of the people at the seminar, I had not yet come to believe in Yeshua.

At the end of that session, the woman whom I’d had the peculiar feeling about just days before came up to me, without knowing anything about me, and said, “God hears your prayers! Yeshua is real, and He has great plans for your life.”  I began weeping because I knew God had answered my prayers through her. 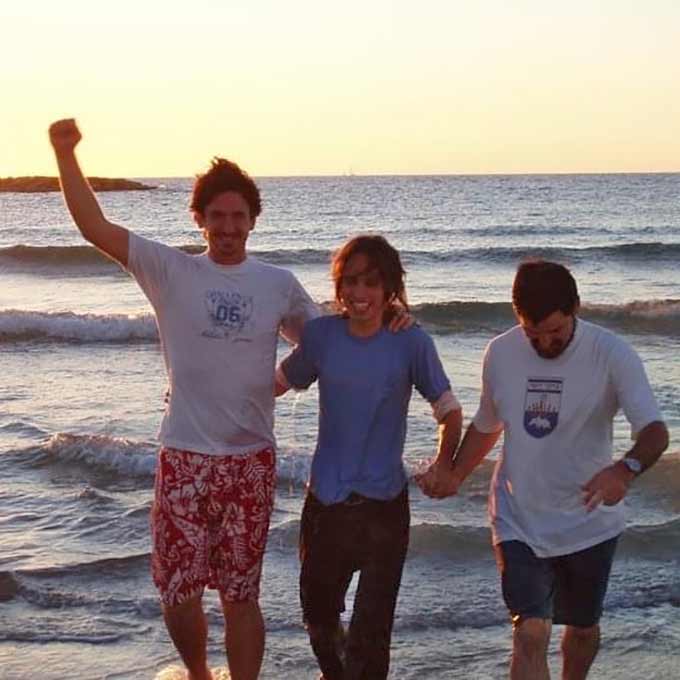 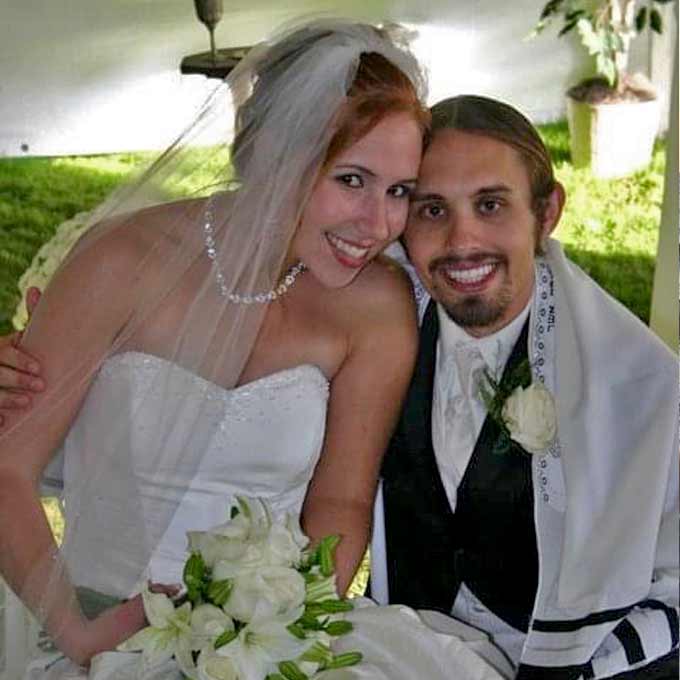 My mom found Jesus and shared him with us

I grew up in a Messianic family—my dad grew up Jewish, and my mom grew up Catholic. My parents came to faith in Yeshua in the 1980s. My mom had a feeling she would miss out on a big party after she died, so she started searching for the truth in many different religions and spiritual paths. She started reading the New Testament one night in her room and knew it was the truth, so she prayed to receive Jesus right then and there.

My mom started taking us to many kinds of churches, but my Jewish dad didn’t feel comfortable at any of them. A friend told my mom about Messianic congregations, and my family started attending Congregation Shema Yisrael in Rochester, New York. My dad went to the 6:00 AM prayer meetings and came to faith soon after. 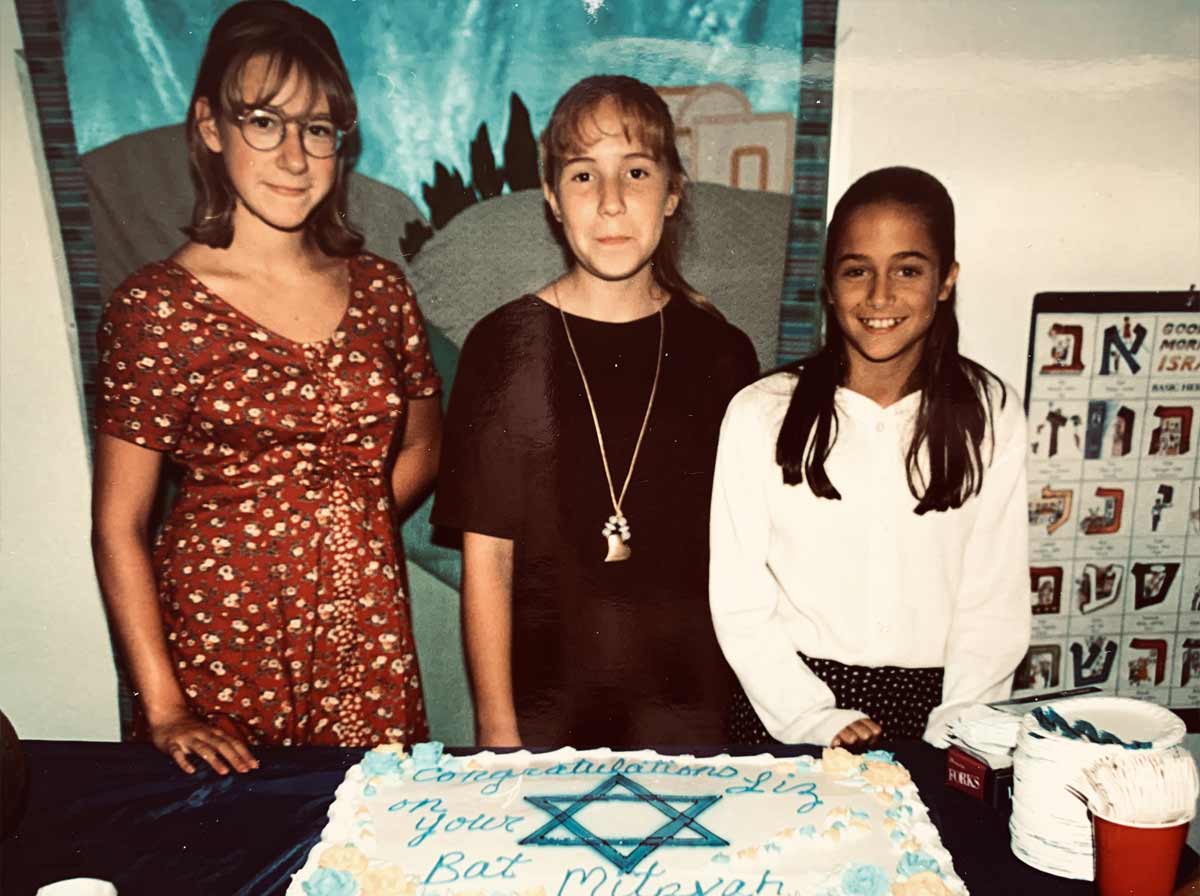 Challenges to living a life of faith

I was actively involved in youth groups, local ministry, and outreach events, and I had my bat mitzvah. Although I knew God, I wanted to live life for myself. I thought that I had the rest of my life to live for God, so I should enjoy myself now! I surrounded myself with friends who were smoking and drinking.

After my senior year in high school, my friends and I went on a camping trip in the Adirondack mountains. It was my birthday, and instead of buying me a present or making me a card, my friends told me that my present was free alcohol and drugs during the trip. I was upset and bitter towards my friends. I had planned on telling them how disappointed and angry I was with them. Still, instead, when I confronted them, I instantly felt the love of God pour over me and melt away my anger.

I couldn’t believe that God had the power to change my angry heart to love.

I couldn’t believe that God had the power to change my angry heart to love. At that moment, I knew I wanted to spend the rest of my life getting to know him more.

My college and international experiences

I attended a state university in New York for my freshman year of college. I was involved with an organization called Intervarsity, but I then transferred to Roberts Wesleyan College, where many of my friends from the congregation attended. We had weekly Bible studies, worship times and hosted many kinds of outreaches. I began leading a youth group as well.

In 2001, I traveled to Ukraine with a group of young adults from our congregation. In 2002, I took a trip to Mexico with my college to help build an orphanage in Juarez. These trips solidified in my mind that God had a calling for my life, and even if it seemed impossible, He would provide what I need.

In 2004, I traveled to Israel for the first time and immediately knew that I wanted to stay. I was very tempted to get a job on a kibbutz immediately, but I went home and searched for opportunities to return.

In 2005, I was accepted to start an MA in TESOL at Tel Aviv University. I met Simon in our university class, and he shared with me that he was on a spiritual search. Every Thursday night, we had a coffee house, and I invited Simon. We began attending weekly Bible studies together. One team member challenged Simon to ask God to reveal the truth about Messiah to him.

A few months after that, Simon became a believer in Jesus. We were engaged on Valentine’s day in 2006 and married in October of 2006. This year we will celebrate our 15th anniversary! We have two wonderful children—an 11-year-old daughter and an 8-year-old son. 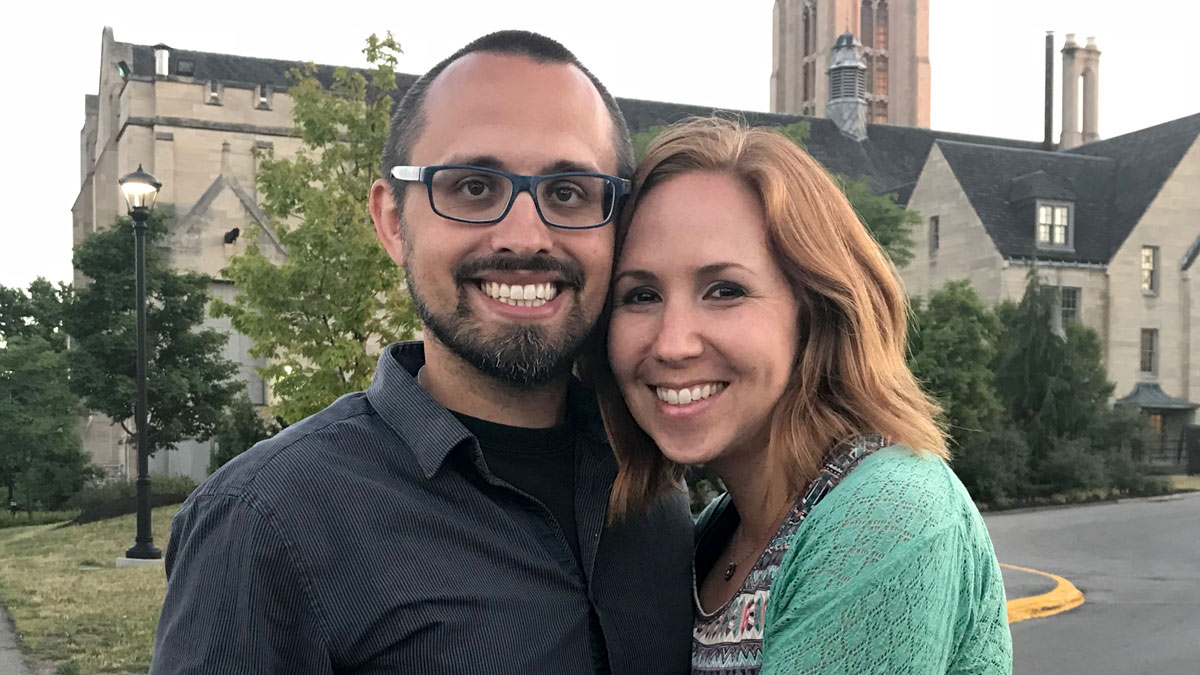 In 2018, I had a near-death experience falling off a ladder that was about two stories high. My recovery was difficult and painful, but even during this difficult experience, I was continually reminded of God’s comfort. This experience also caused me to rethink my life and where I should be investing my time.

Sharing the love I’ve experienced with others

In 2019, I began working with Jews for Jesus with the Children and Young Adult Team. I found so much joy in organizing weekly Bible clubs for kids, youth events, and summer camps.

For thirteen years, our family lived in Tel Aviv-Yafo in a diverse neighborhood. We loved spending time with people from all religions and backgrounds and sharing our beliefs with them, too.

Recently, Jews for Jesus started a team in Jerusalem, and Simon and I knew we had to pray about it. We felt God calling us to join the team here, so we moved our family there during the coronavirus.

I’ve found that dependence on the Lord is the best place to be.

There is a lot of uncertainty and confusion in life, but I have learned that I can lean on Jesus through challenging circumstances. God has been with me through the valleys and over the mountaintops. I love to share the love of Jesus even as I continue to learn more about the depth of his love. It’s not always easy to live a life of faith, but I’ve found that dependence on the Lord is the best place to be. God has great plans for you, too.