An Israeli Athlete Meets the Messiah:

I expected the New Testament to be an antisemitic book with stories about Santa Claus! 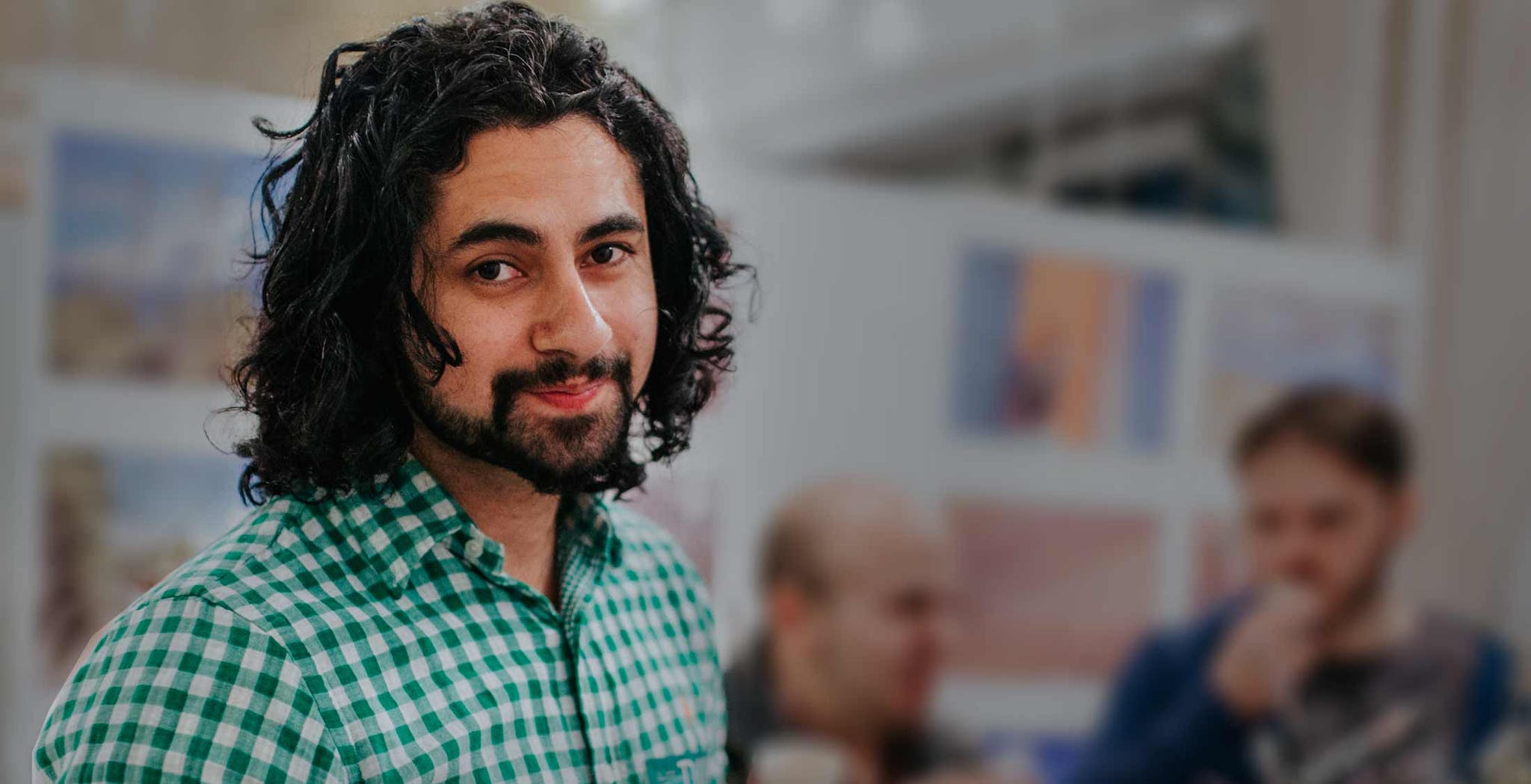 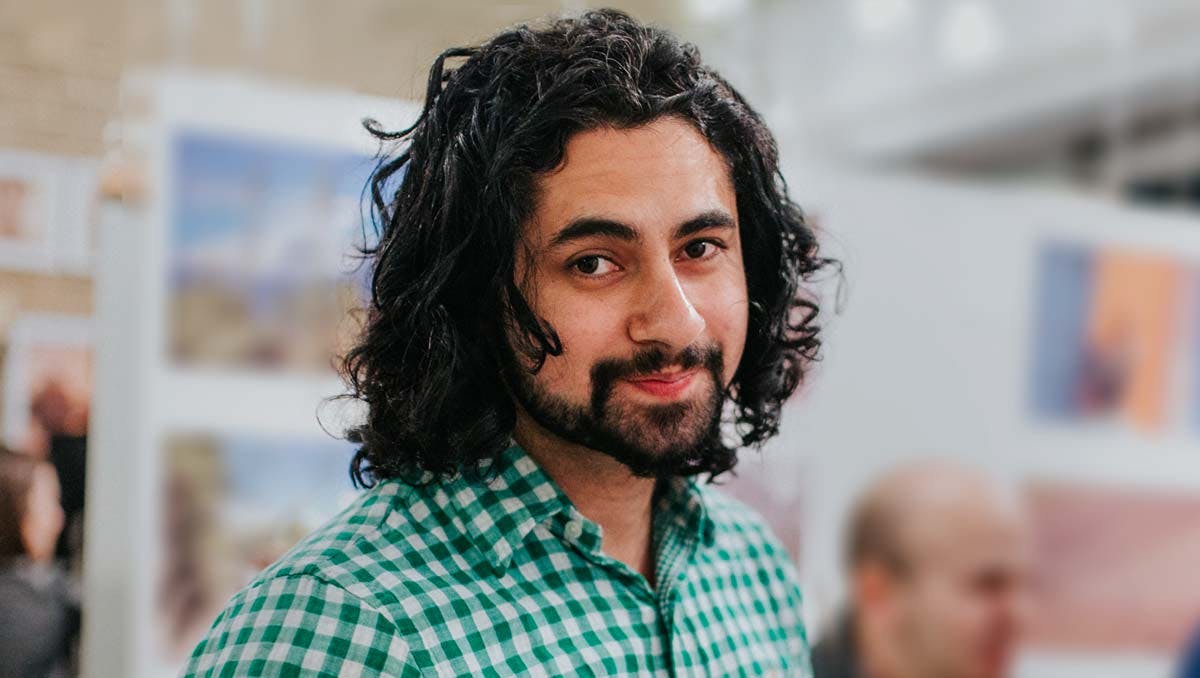 I was born and raised in Bat Yam, a suburb of Tel Aviv, Israel, in a traditional Jewish family. We celebrated the Jewish holidays and were very proud of our Jewish heritage. There were five synagogues near our house in Bat Yam, and I was constantly exposed to conversations about God and Judaism. But nothing really won my heart. I didn’t really care about God or religion; I found these concepts boring and dry. 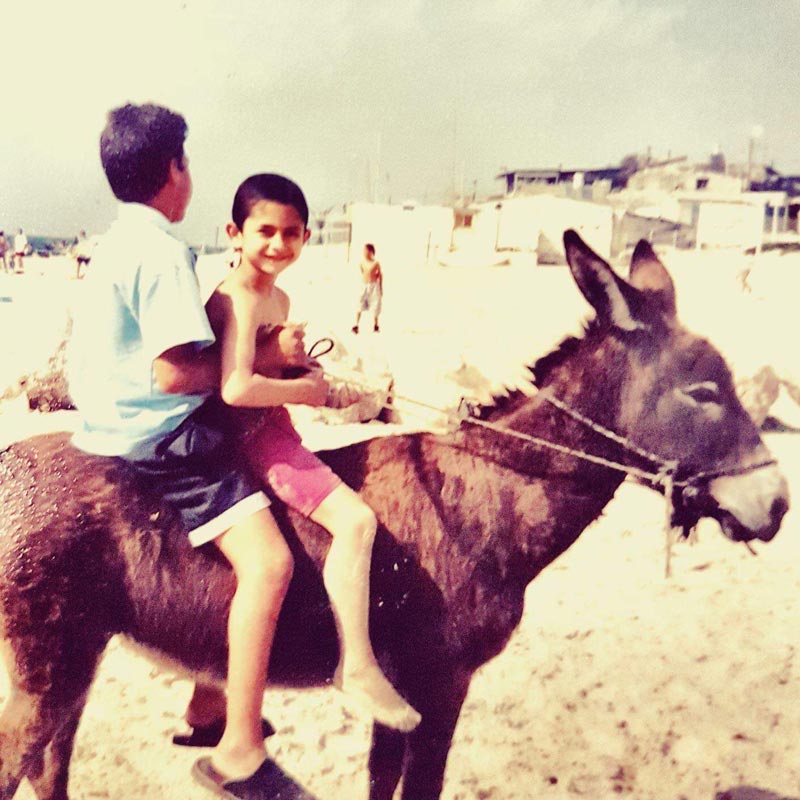 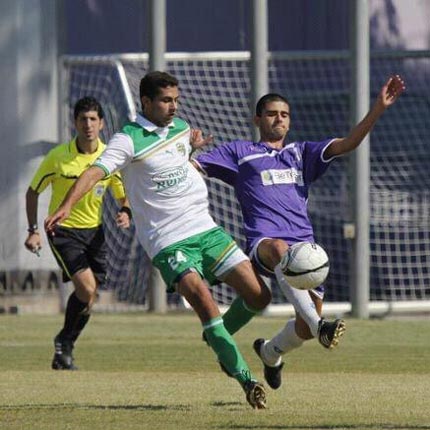 My family loves sports. By age ten, I was playing on a professional soccer team. I pursued my dream of being a great soccer player, but I lived a very selfish, materialistic life.

When I was sixteen, a close cousin of mine, who was engaged to be married, was diagnosed with a very aggressive cancer. The doctor told him he would die soon. You can imagine what his parents were going through. They felt horribly hopeless and decided to ask a well-known rabbi to come and pray that their son would be healed. The rabbi asked for 50,000 shekels (about $14,000)! When I heard that, I was shocked. I didn’t know God, but I knew that if there was a god, that’s not the way he worked. The parents paid, the rabbi came, but my cousin still died.

As a result, my indifference toward Judaism shifted toward antagonism. This made me more open to other views.

When I was almost twenty, a few nominally Catholic Arab players joined our soccer team. During the season, we became good friends, and I often visited them in their homes. I really love history, and I didn’t yet know anything about Christianity. Since they were my friends, I wanted to know their beliefs, but I was too shy to ask them. And, as a Jew, it was understood that we don’t talk about Jesus and Christianity.

I Google searched for “Christianity” and found the New Testament in Hebrew.

So, in the twenty-first century, what do you do about it? You Google it! I searched for “Christianity” and found the New Testament in Hebrew. I expected it to be an antisemitic book with stories about Santa Claus! But in the first pages, the Gospel of Matthew, I read the genealogy of Jesus and saw all these Hebrew names. It felt so familiar. Then I realized that I was reading a book written by Jews about Jews, here in Israel. That really surprised me!

But what really made an impact was when I read about Jesus. No one on the entire spectrum of the human race, from the most devout to the most unrelenting atheist, can remain indifferent to him. You cannot help but like him – his wisdom, compassion, and love. Every time I read Jesus’ words and learned about his deeds, I wanted more.

Even so, I started to think that maybe I was getting too carried away, and that Jesus and the New Testament weren’t for me. So, I stopped reading. But Jesus kept running through my mind. 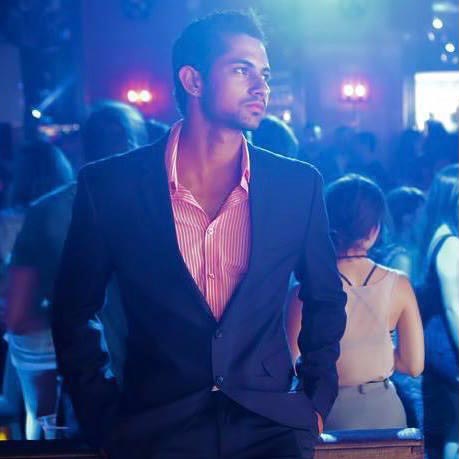 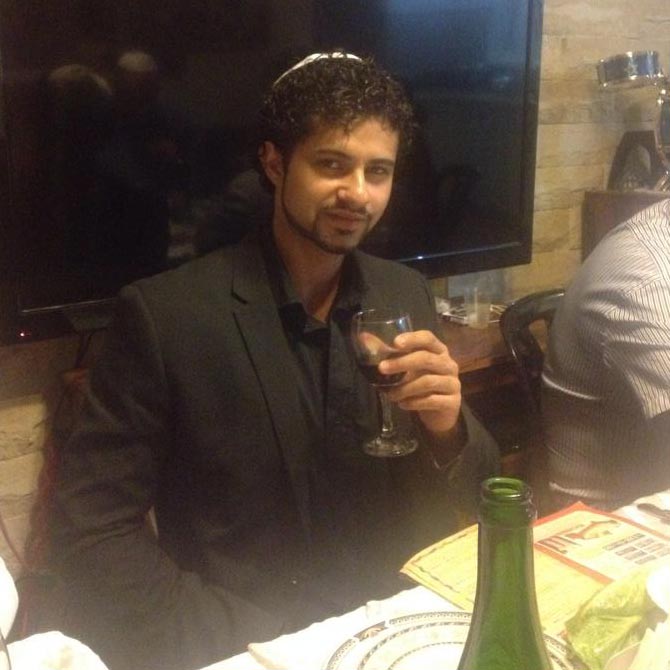 Eventually, I decided to come back and finish reading the New Testament. As I continued, I came to believe that Jesus was the Messiah of my people. But I didn’t personally know any other believers in Jesus, Jewish or Gentile, and I had no clue how I was supposed to live.

I kept at my same selfish, materialistic lifestyle. I was working in telemarketing and living with my girlfriend. But after two years, I couldn’t bear that lifestyle anymore.

This, at last, was what my heart had been longing for.

The more my wallet and my body increased with money and pleasures, the more restless my heart became. Finally, I decided to do something about it. I remembered Jesus, and that I had put him on pause for two years. I turned to Google again, but this time to look for a church in Tel Aviv. I found what sounded like a good one, and when I went there, I met true Christians – believers in Jesus – who loved God and one another. This, at last, was what my heart had been longing for. As I began to regularly attend the church and a Bible study group, my lifestyle started to change. I broke up with my girlfriend, and I was Baptised into Messiah according to his Word (baptism was originally a Jewish custom, called mikveh, by the way). 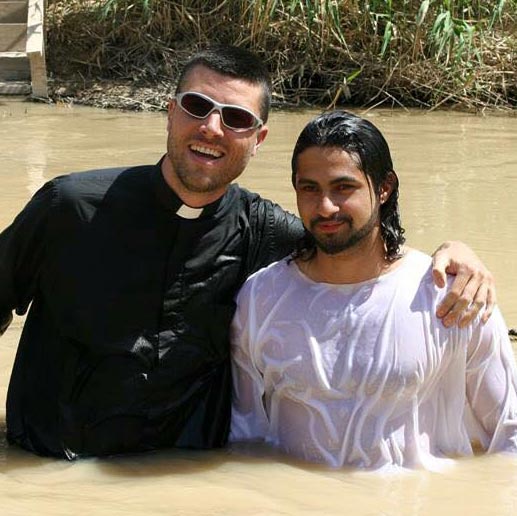 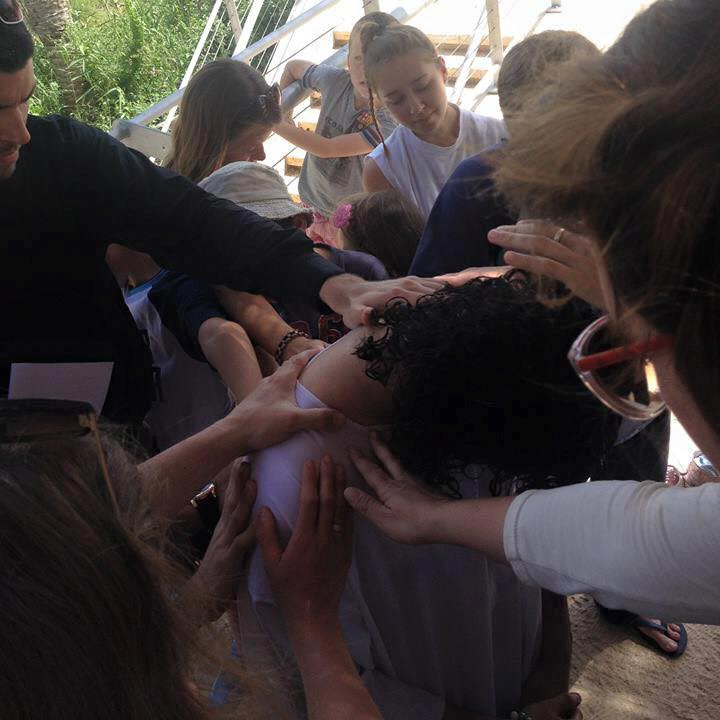 Life as a Christian

In the years since I was baptized, many things have happened. First, beside getting to know Jesus and Jesus’s people, I also met my wife, Maria. She’s a Swedish girl who came from a Christian home where her family have long prayed for salvation for the Jewish people. Together we have one little daughter, Thea, and another on the way!

My faith has also been growing and maturing over the years. The more I’ve attended church and received the sacraments, the more my faith has grown. I’ve learned how to rest my heart on the merciful love of God and to rely on him in everything.

I’ve also grown in a sense of my life calling. Having received unspeakable favor from God, it bothers me that millions of Jewish brothers and sisters are exactly like I was; not knowing who Jesus is and what he has done for us. They don’t know about his promise of forgiveness of sins and the life that he won for us in His glorious resurrection. God stirred my heart to work with Jews for Jesus to share the good news—the joy of our salvation (Psa 51.12)—with my fellow Israelis. 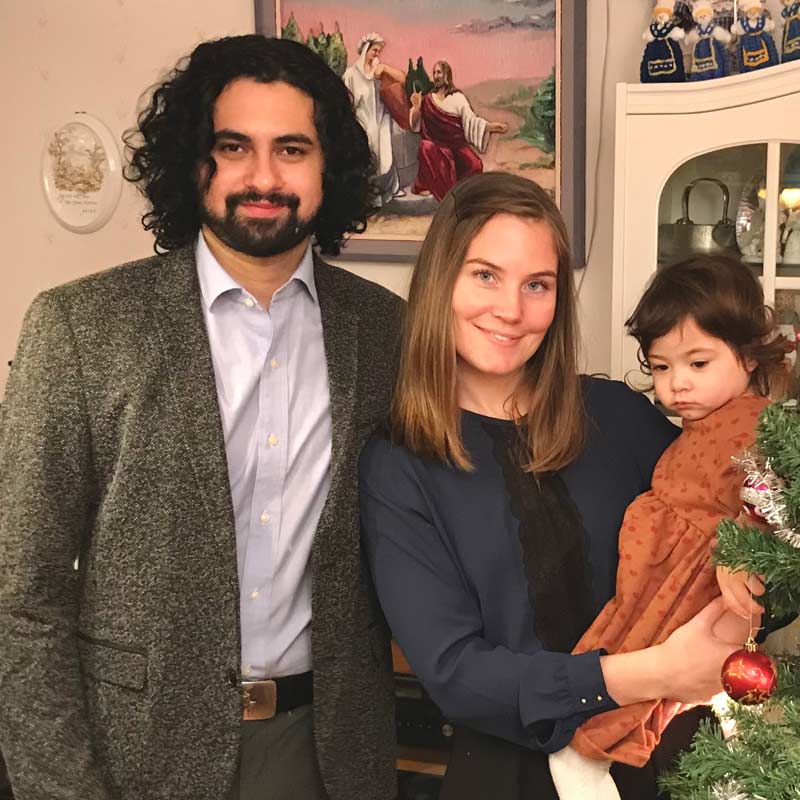 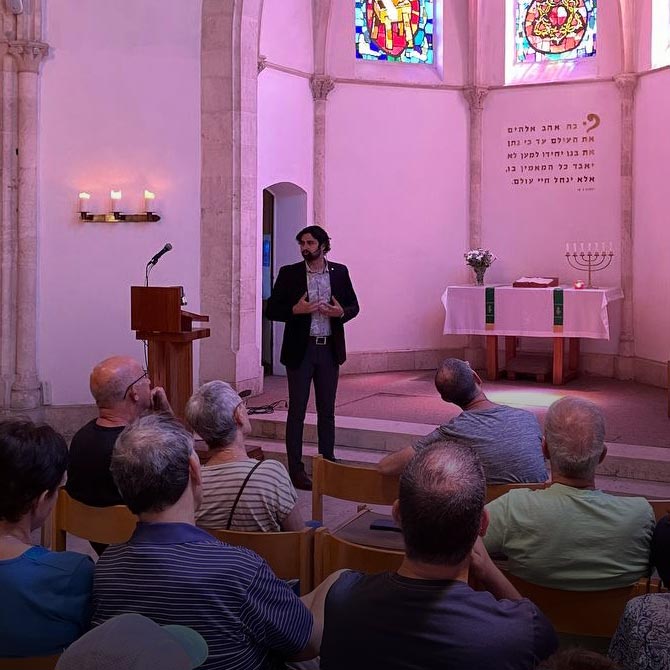 I Was Spiritually Confused: Lucy’s Story