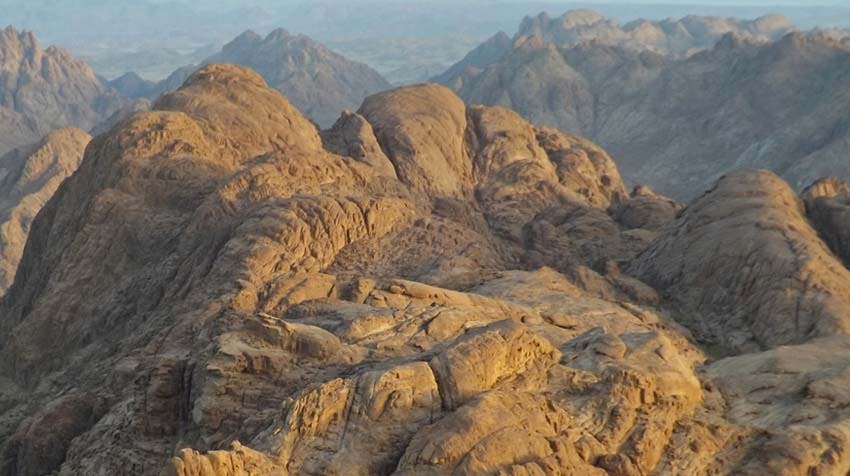 They didn’t intend to start a new religion. They had made a discovery. As far as they were concerned, it was the discovery of a lifetime and they were excited. The way they explained it showed that they had been on a Jewish quest, seeking a Jewish goal.

Pinchas, or Philip, expressed it well to his brother Nathaniel when he told of this discovery, “We have found him of whom Moses in the Law and also the Prophets wrote—Jesus of Nazareth, son of Joseph.

Something good from Nazareth?

In response, Nathaniel quipped, “Can anything good come out of Nazareth?”

But even before that, Andrew had told his brother Simon about the same discovery. He said, “We have found the Moshiach,” which is translated “the Christ.”

Here we see two different Jews, each speaking his understanding of the same person. That person was Israel’s promised Messiah.

But exactly what did Pinchas mean when he said, “We have found him of whom Moses in the Law…wrote”? Where in Torah did Moses mention the Messiah? While it wouldn’t be disputed that many, if not all, of the prophets talked about Israel’s coming deliverer, one’s thoughts do not readily go to Moses.

Yes, Moses did speak of a deliverer to come. Tucked into the midst of the summary of the Law in the eighteenth chapter of Devarim (Deuteronomy), talking about the punishment of false prophets, Moses made a remarkable prophecy:

“The Lord your God will raise up for you a Prophet like unto me from the midst, of your brethren. Him you shall hear.”

“The LORD your God will raise up for you a Prophet like me from your midst, from your brethren. Him you shall hear, according to all you desired of the LORD your God in Horeb in the day of the assembly, saying, ‘Let me not hear again the voice of the LORD my God, nor let me see this great fire anymore, lest I die.'”And the LORD said to me: ‘What they have spoken is good.

‘I will raise up for them a Prophet like you from among their brethren, and will put My words in His mouth, and He shall speak to them all that I command Him.

How have Jewish commentators interpreted that prophecy? Most contemporary commentators believe that Joshua and other prophets fulfilled the Scripture. However, this was not always the case. The late Rachmiel Frydland, in his book, What the Rabbis Know About the Messiah, pointed out: “Rabbi Levi Ben Gershon (RALBAG), of the fourteenth century, identified the Prophet as Messiah.” He went on to give RALBAG’s commentary:

The Midrashic passage that RALBAG cites, referring to Messiah as Prophet, states:

Whether or not one accepts the premise that the Deuteronomy passage predicts the Messiah, what can we know about the similarities between Moses and the Prophet who was to be like him?

That “likeness” points to a time, a place and an event. The context of Deuteronomy 18 demonstrates that Israel as a nation did not want to confront or be confronted by God. It was a fearful time of thunder, lightning, storms and earthquakes as the whole nation was gathered in the desert. The dark mountain of Sinai seemed to be the center of the storm and seismic activity. The people of Israel were frightened and rightly so, because they sensed that they were encountering something holy and awesome.

That word, “awesome,” can hardly contain the meaning and depth of their fear. They knew that they were being summoned to meet their Creator, possibly “panim l’ panim” (face to face). They were terrified, for they knew from the Patriarchs that no one could look upon God’s face and live. Yet here was the Almighty, the King of the ages, coming to confront them. They trembled in one accord, saying, “Let me not hear again the voice of the Lord my God. Don’t let me see this great fire anymore lest I die.”

Never was the nation so unified in their desire. Never was a nation so fearful. The fear of the Lord abounded in every heart. Every person knew that he or she was unclean before the Almighty, so they spoke as one, asking that Moses be their intercessor—their go-between, their intermediary. Whatever God had for them could be told to Moses, who in turn would tell the people God’s message as he had done before in the events leading up to their redemption. And God did speak to Moses, confiding in him that what the people had asked was good.

Then the Almighty also confirmed the words Moses had spoken about the Prophet who would be the speaker of God’s word and the intermediary between God and his people. But the king of heaven added something about this intermediary when he said, “And it shall be that whoever will not hear my words which he speaks in my name, I will require it of him.”

So it seems on that most serious day in Israel’s history, it was decided that an intercessor should speak for God to the people, and everything the intercessor would speak or require would be God’s word and God’s requirement. God’s word and will would be transmitted through that very special intercessor. Thus, the primary way that the Prophet (Messiah) was to be “like Moses” was in the role of go-between or intermediary.

The prophets were also intercessors who spoke to the people on behalf of God. They mediated God’s word and often called the nation back to a relationship with the Almighty asking and exhorting the people to turn from sin and return to the covenant relationship.

Kings like David and Solomon were also like Moses in that they led and administered the Law to the whole nation. Because a king is a judge in peace and a commander in war, Israel’s kings acted in God’s stead to mediate God’s will and hence were intercessors acting on God’s behalf.

The word Messiah, or Moshiach, means “anointed.” Prophets, priests and kings were all anointed to show their consecration. Moses, in a sense, fulfilled all three functions at the same time.

But there was one way in which the Prophet to come, the Messiah, would most resemble Moses. The Moshiach Yeshua resembles Moses the most in that Moses offered himself to die for the sins of the people.

For all of the things that are praiseworthy about Moses’ life, one episode is often overlooked. Perhaps the rabbis commented less on this section because of the embarrassment of Israel’s idolatry which preceded the following passage:

“Now it came to pass on the next day that Moses said to the people, ‘You have committed a great sin. So now I will go up to the LORD; perhaps I can make atonement for your sin.’ Then Moses returned to the LORD and said, ‘Oh, these people have committed a great sin, and have made for themselves a god of gold! Yet now, if You will forgive their sin—but if not, I pray, blot me out of Your book which You have written.’ And the LORD said to Moses, ‘Whoever has sinned against Me, I will blot him out of My book.” (Exodus 32:30-33)

In order that Israel might be saved from the wrath of God, Moses stood ready to offer his own life—to take the punishment of the people’s sins on himself if God could find no other way to forgive them. He asked God that his life be an expiation for the sins of the people. As a priest he could have made grandiose offerings—thousands of lambs or bulls—but instead he simply offered his own life.

We need to remember that forty years of Moses’ life were spent as a shepherd in those same mountains and deserts of Midian. In leading the people, he showed the mindset and attitudes of a good shepherd. The job description of a “good shepherd” calls for the kind of serious commitment in which one must be willing to give his own life for the sheep. Yeshua explained this most succinctly as recorded in the New Testament book of John:

“The thief does not come except to steal, and to kill, and to destroy. I have come that they may have life, and that they may have [it] more abundantly. I am the good shepherd. The good shepherd gives His life for the sheep. But a hireling, [he who is] not the shepherd, one who does not own the sheep, sees the wolf coming and leaves the sheep and flees; and the wolf catches the sheep and scatters them. The hireling flees because he is a hireling and does not care about the sheep. I am the good shepherd; and I know My [sheep], and am known by My own.”As the Father knows Me, even so I know the Father; and I lay down My life for the sheep.” (John 10:10-15)

The truly good shepherd puts the welfare of the flock above his own.

When Philip told his brother Nathaniel, “We have found him of whom Moses in the Law and also the Prophets wrote—Jesus of Nazareth, son of Joseph” he recognized that Moshe Rabeynu and Moshiach Yeshua were alike. But he probably did not realize until later the full implications of what he was saying.

We see that Yeshua was a prophet like Moses, only better. Moses died, but the B’rit Chadasha (New Testament) tells us that Moshiach Yeshua is alive forever to make intercession for us. Yeshua is the one who can lead us out of the Egypt of everyday life. He can break the shackles of the bondage of sin. On life’s journey to the promised land (heaven), he can be our guide and provider, and though his provision will not be manna and quail, there will be bread from heaven to feed our souls and restore our spirits.

There is one big difference between Yeshua and Moses: Moses led the people to the promised land, but he wasn’t allowed to enter himself. That was because wise and good though Moses was, even he had sinned. Moshiach Yeshua, on the other hand, is the perfect mediator because he was innocent, without sin, and took our deserved punishment upon himself. He is waiting in heaven for all those who put their trust in him. When we see Yeshua there, certainly Moshe Rabeynu will be there too, because he was the one who knew and foretold his coming and trusted in him.