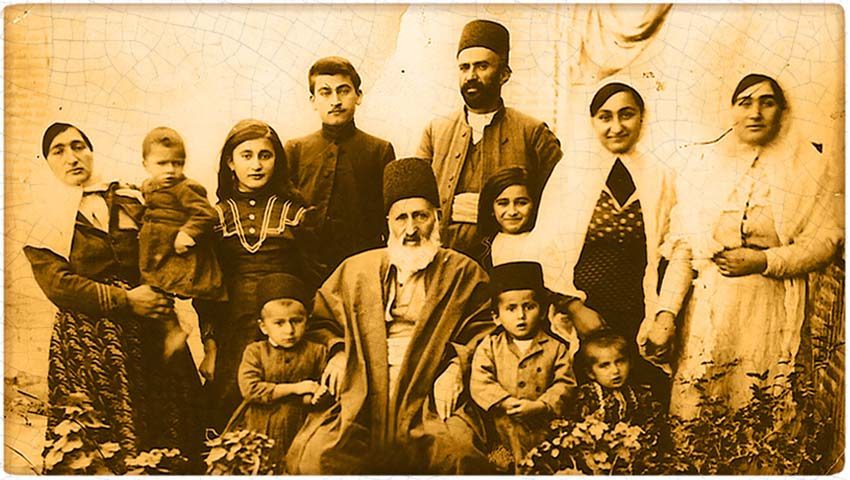 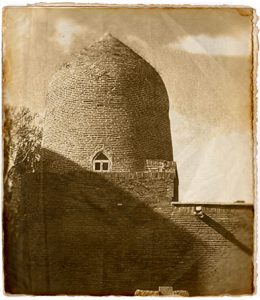 Hakim Musah was an elder in a synagogue in Hamedan. Pictured above is the Tomb of Esther in Hamedan, Iran.

My maternal great-great-grandfather, Hakim Musah, was an elder in a synagogue in Hamedan, Iran, in the mid-1800s.

One Sabbath day, a Russian missionary came to the synagogue and spoke to Hakim, who was greeting people at the door. He asked him, “Did you know that the Messiah you are expecting has already arrived?” and told him that Jesus was the Messiah. Hakim was so upset that he slapped the missionary in the face and threw him out of the synagogue.

Because Hakim was well known in the community, the missionary learned where he lived and went to visit him at his home. Because of Iranian hospitality, he invited the missionary into his home and served him tea and something to eat. Sharing from the Hebrew Scriptures, the missionary showed him prophecies about the Messiah that he believed had been fulfilled in events recorded in the New Testament regarding the life, death and resurrection of Jesus. The missionary continued to visit Hakim until, over time, my great-great-grandfather came to believe in Jesus as the Messiah of the Jewish people. 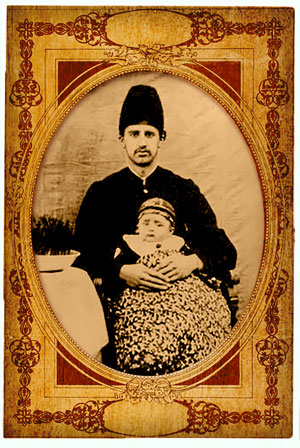 My paternal grandfather, Azizolah Mebasser, was the son of Shimon, a rabbi in the city of Kashan, Iran. Azizolah came to believe in Jesus because he attended a very prominent high school run by Christian missionaries in Kashan. Until 1920, Iranians did not have last names. They often took on the names of the towns they were from to distinguish themselves. Instead, my grandfather chose the last name “Mevesser,” which means “bearer of good news” in both Hebrew and Farsi. He spent his life telling others about Jesus, or “Isa1,” as we call him in Farsi.

Jewish faith in Jesus was handed down from generation to generation on both sides of my family, so my parents are Jewish Iranian believers in Jesus. I was born in Tehran, Iran, in 1978. The Islamic Revolution took place when I was three months old. My parents knew that Islam in Iran would bring trouble to Jews and Christians alike. So, we fled and moved to Los Angeles or, as the 800,000 plus other Iranians there like to call it, Tehrangeles.

Not only was life in Tehrangeles an extension of life in Iran for my family, but we also held on to our Jewish traditions and identity. I grew up knowing what God meant to me because my family read the Bible and celebrated Jewish holidays together. Passover was my favorite holiday, and it wasn’t until later in life that I realized the Iranian Jewish celebration has a different flavor than it does for the rest of world Jewry. I was shocked that other Jews did not know the tradition during the singing of “Dayenu” of whipping one another with giant green onions—to the point of getting bruises! 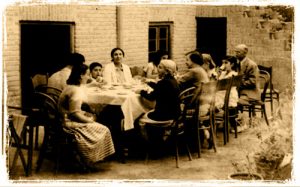 In Iranian Jewish culture, we don’t have family get-togethers with fewer than 40 people. We take forever to say goodbye. Whenever we were at a family gathering, my parents would tell my brothers and me, “We are going to leave now. Get ready.” And I would tell my brothers, “We’ll be here another hour and a half,” because my parents would say goodbye to each person individually and end up having extended conversations with all of them.

A good life wasn't enough; something was missing.

Because of my parents’ faith, I grew up knowing who the God of the Bible is. I enjoyed a good life as an Iranian, and as a Jew. I tried to obey the commandments in the Scriptures, but I felt I was lacking something. This became evident in my life in public schools in Los Angeles, where survival was a major feat of sustained anonymity for me, from dodging gang wars and declining designer drugs, to ducking away from the sexually promiscuous culture of my classmates.

When people at school invited me to take part in any of the above, I told them I didn’t want to. When they asked me, “Why?” I responded, “Because it’s wrong,” and they called me a “goody two-shoes.” I really didn’t understand why I couldn’t do those things, except I knew the Bible said they were “sins.” On those rare occasions when I challenged my friends as to why I should join in with them, their only answer was “because you can.”

This surface-level morality was good enough for me to cruise along in life until the summer before my senior year in high school, when my best friend, a believer in Jesus, asked me to help him lead a Bible club at school. Until then, my faith, or what there was of it, was more my parents’ than my own. Now that my friend was asking me to share my faith with my classmates and lead people in studying the Bible, I had to be sure I knew what I believed.

People I talked to about Jesus challenged my faith, questioning the validity of the Bible. They asked me questions like, “How could a loving God send someone to hell who’s from some remote land and has never heard about Jesus?” I began to ask myself, How can I really know and understand God if I don’t question Him and the Bible and find out for myself what is true?

The key to my emptiness

I wanted to know that God was real and what He wanted from me. I began to ask people who seemed to have genuine relationships with God how I could hear from Him. They told me to read the Bible and pray and seek God with persistence, and He would reveal Himself to me.  I took that challenge. Around that time, the youth leader at my congregation, who taught my friends and me from the Bible, sat us down and asked, “How many of you know that if you died today, you would go to heaven?”

I searched my soul and considered the weight of his words. I had read through the entire Bible with my family, but when it came down to it, I really didn’t know whether God would accept me.

In the New Testament I had read that Jesus would descend from heaven and gather his followers at the sound of the shofar (1 Thessalonians 4:16-17). I often dreamed that I heard that trumpet call: I would start to ascend into the sky toward Jesus, but then I would hit my head on the ceiling of my bedroom and be left behind! Even in my dreams, I knew that I had not completely entrusted my life to Jesus.

So, when my youth leader asked me if I knew whether I would go to heaven, I told him I didn’t know. Then he reminded me of this passage in the New Testament: “... if you confess with your mouth that Jesus is Lord and believe in your heart that God raised him from the dead, you will be saved” (Romans 10:9). I prayed with him that day to acknowledge Jesus’ death as the atoning sacrifice for my sins. I knew in that moment that God had accepted me.

I chose to follow God with all my heart. I began to read the Bible again, not just as a portion of Scripture to cross off my checklist, but as the living and breathing Word of God. I knew that the faith of my forefathers—Abraham, Isaac, Jacob and King David, whom God called a man after His own heart—was my faith too. I found a greater calling in life, not just a list of rules to follow.

Upon this realization, I told my friends that the reason I would not take part in their rebellious actions was not just because the Bible said not to, but because those actions would hinder my relationship with God and distract me from my heart’s desire to follow Him.

People began to see a change in me and even respected me for my faith. While I was not looking for my peers’ approval, those who knew me—although they didn’t agree with my reasoning or my faith—defended me when others scoffed at me for not taking part in their sex/drugs/no rules lifestyle.

Moving into adulthood, the more I aligned my dreams and desires with the teachings of Jesus, the clearer my path became. My purpose now is sharing God’s love and the good news about the Messiah Jesus through my actions and words. The faith of my forefathers—including my grandfather, who chose our last name Mebasser (“bearer of good news”)—has become a legacy I proudly uphold. 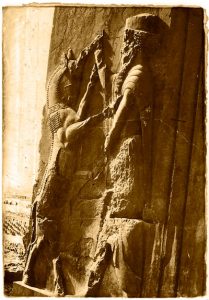 I know that the question, “Who is Jesus?” is a challenging one for our Jewish people. But the more I learn about the Hebrew Scriptures and my Jewish heritage, the more I see how God planned all along to send the Messiah Jesus as the eternal Yom Kippur sacrifice for our sins.

For so long I wanted to hear God’s voice. I sought near and far. I prayed and prayed. I listened, I pleaded, I called out. And the Lord answered me. These words of Jesus really spoke to me when I was searching: “Ask, and it will be given to you; seek, and you will find; knock, and it will be opened to you” (Matthew 7:7).

Ask God today with an open heart if Jesus might be the Messiah and listen for His response. I know He will meet you just like He met me.

Emmanuel works as a web evangelism innovator in the San Francisco Branch of Jews for Jesus.

1. The Quranic name for Jesus, Isa, is pronounced in Farsi as Eesaw.  The name comes from Jesse (Eshai,) as in the Stump of Jesse as a name for the Messiah.

If you don't see an email from us in the next few weeks, please check your spam or junk folder in your email account to make sure our messages have not been filtered.