What Are Messianic Jews? 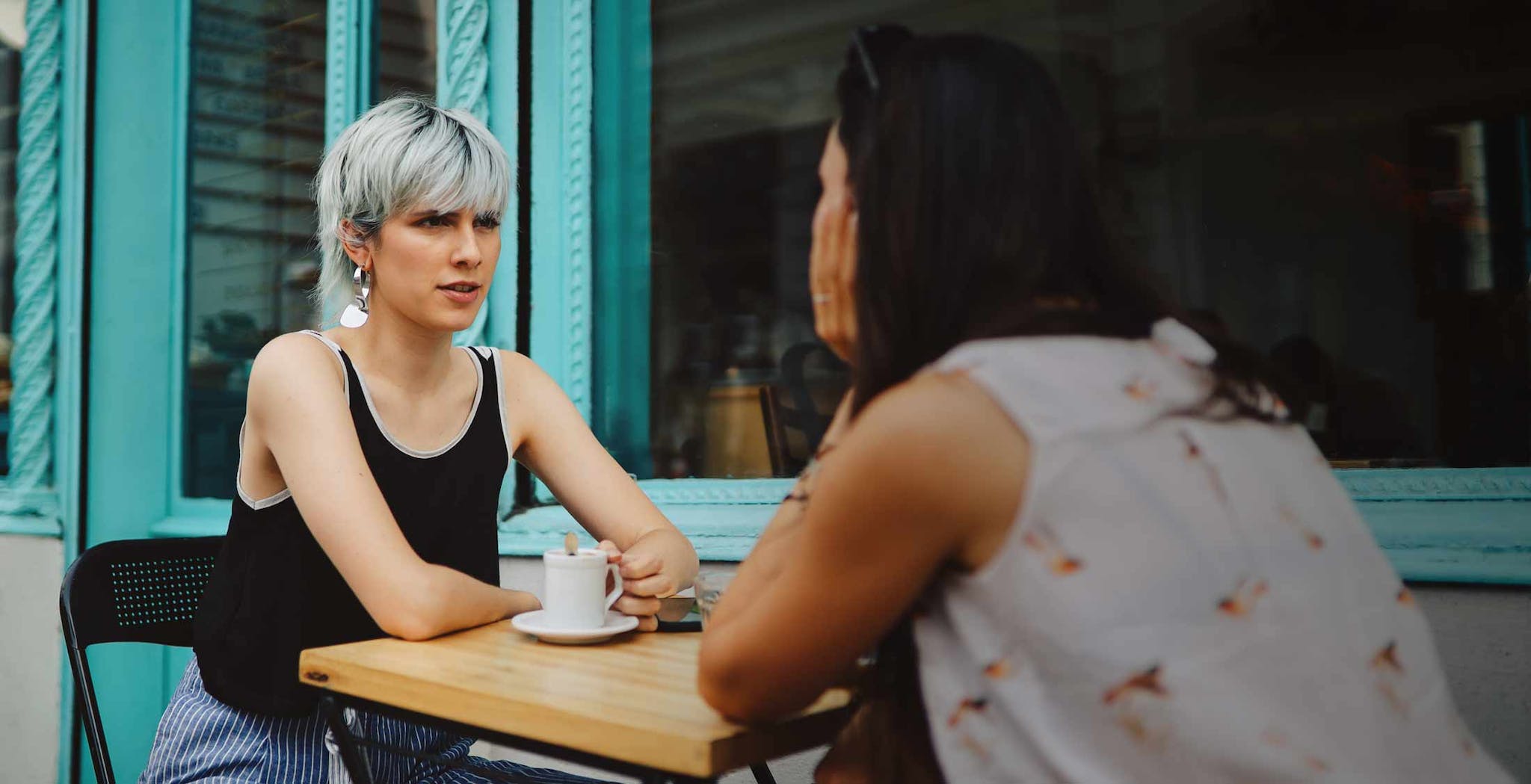 Messianic Jews are like the surprise potato chip in a bag of tortilla chips: unexpected, surprising, and maybe a little confusing at first! But our faith in Yeshua (Jesus) as our Jewish Messiah has changed our lives and has a solid historical foundation. While it may not be the “the norm” among the Jewish community, our continued faith amplifies our purpose as members of the Jewish nation—being set apart to bring hope to humanity.

Just typing “what are Messianic Jews?” into the Google search bar turns up a plethora of misinformation. However, these misconceptions can be transformed into meaningful questions that can begin to unravel the knots of Messianic Jewish history and assert its position within the Jewish community. In reality, there are thriving groups of Messianic Jewish people all over the world. What do they believe, and how do they practice those beliefs?

Evidence of Jewish people following Yeshua as the Messiah can be traced back to about AD 30.  All of Yeshua’s first followers were Jewish, and the writers of the New Testament were Jewish.

The first Messianic Jewish community was led by four Jewish men: Yeshua’s brother Yakov,1 Shimon from Capernaum,2 Shaul who was a student of Rabbi Gamaliel (Acts 22:3),3 and Yochanan from Bethsaida.4 These men were dedicated to the Jewish faith. Along with the other Jewish followers of Yeshua, they prayed three times a day and sacrificed in the Temple,5 shared ritual meals together,6 gathered in synagogues on Shabbat,7 observed Jewish rituals and feasts,8 and met in the Temple and on Saturday nights to hear teaching and encourage each other.9 In addition to the original followers Yeshua started out with, a good number of kohanim (“priests”) and Pharisees also came to recognize him as Messiah.10

These Jewish followers of Yeshua have been documented for several centuries as an established religious entity called the notzrim (“Nazarenes”). Ancient church historian Eusebius records that Jude’s grandsons (Yeshua’s grandnephews), James and Zoker, were once questioned by the Roman Emperor Domitian in regard to being Davidic heirs.11 In the second century, Jacob of Kefar Sakhnin,12 is recorded in the Talmud as a min (“heretic”) who exchanged words “of minuth” with Rabbi Eliezer. When the rabbi was later arrested on charges of heresy, he believed it was due to his conversation with Jacob, whom he refers to as talmidei Yeshu ha’Notzri (“a student of Jesus the Nazarene”).13 Epiphanius, an early Christian historian, mentions encountering communities of Nazarenes all the way through the fourth century.14 Jerome, a Christian priest from the Roman province of Dalmatia, mentions Nazarene literature being housed in the library at Caesarea,15 and also writes to Augustine about them in the year AD 404. The contents of that letter reveal that the Nazarenes were present “throughout all the synagogues of the East,” and while they held sound doctrine, his perspective of them was that “while they desire to be both Jews and Christians, they are neither the one nor the other.”16

What Happened to Ancient Messianic Jews?

The Council of Nicea took place in AD 325 as an attempt to unify the “church.” Unfortunately, Christian antisemitism certainly existed before this point, but it was codified at Nicea. There were no Jewish bishops included at the council. A decision was made to replace Passover with Easter, and to replace Shabbat with a Sunday Sabbath. Emperor Constantine is quoted saying, “Let us then have nothing in common with the detestable Jewish crowd; for we have received from our Saviour a different way.”17

After that fateful council, Messianic Jews had one of three options: assimilate into the church and give up their Jewish identity, go back to the synagogue and deny their faith in Yeshua, or meet separately from either institution. Based on the continuing antisemitism of many of the church fathers, it seems likely all three of these occurred. Of those Messianic Jews who did continue to practice a Jewish faith in Yeshua privately, most accounts have been lost to history. However, some glimpses do appear.

In the mid-1800s, there was a movement of many Jewish people in Eastern Europe coming to believe in Yeshua as the Messiah. Among these were Joseph Rabinowitz, who founded the first modern Messianic Jewish synagogue.18 Another was Carl Schwartz, who established the Hebrew-Christian Alliance, a network of Messianic Jews in the United Kingdom. Perhaps among the most influential of these pioneers was Tzvi Isaac Lichtenstein, a scholar who wrote New Testament commentaries from a profound Jewish perspective.19 These pioneers paved the way for the twentieth century re-establishment of faith in Yeshua as a Jewish practice.

Two generations were raised as Jewish followers of Yeshua through two world war eras—and the Holocaust. By the time the tumult of the 60s rolled around, there was a deep spiritual awakening. Many more young Jewish people became convinced that Yeshua was the promised Messiah. They saw no reason that their faith in Yeshua should prohibit them from embracing their Jewish faith and culture. “In 1972, at a conference of the Hebrew-Christian Alliance, a group of young Jewish believers voted to change the organization’s name to the Messianic Jewish Alliance of America (MJAA). They described themselves as Messianic Jews instead of Hebrew Christians and identified their practice as Messianic Judaism instead of Hebrew-Christianity.”

This important distinction inspired the new generation to intentionally and proudly express their Jewish identity along with their faith in Yeshua.

Jewish believers in Jesus today call themselves by a variety of terms. Some prefer “Messianic Jews,” while some say they’re “a part of Messianic Judaism,” and others opt to be called “Jewish Christians.”

All of these people, regardless of chosen labels and practicing their faith in different ways, are in fact, Jewish followers of Jesus, just like those of the first century. Some are involved in ministries like Jews for Jesus, a nonprofit organization that advocates for Yeshua as Messiah within the Jewish community. Others attend either Messianic congregations or Christian churches (sometimes both). Some of the Messianic congregations they attend are a part of larger congregational organizations such as the Union of Messianic Jewish Congregations (UMJC) or Messianic Jewish Alliance of America (MJAA).

There are more than 350,000 Messianic Jewish people who “worship in their own congregations worldwide, with approximately 20,000 of those residing in Israel.”20 Most Messianic Jewish synagogues and congregations hold weekly services on Shabbat, observe Jewish holidays, and conduct Torah services. In addition to reading from the Tanakh, they also believe the New Testament writings to be equal in authority. At some congregations, traditional liturgy may be mixed with contemporary worship music. Others stick to one or the other. As with the larger Jewish community, degrees of observance vary greatly among Messianic Jews, but it can be said that each respective community promotes faith in Yeshua as Messiah and the Son of God as being compatible with Jewish life.

So, what are Messianic Jews? We are people who have a strong Jewish history and identity. We are honored and unashamed to be living out that heritage hand-in-hand with our faith that Yeshua is the Messiah and lived a perfect life, reconciling humanity with God through his teachings and in his death and resurrection. We believe he will return as King Messiah and restore all things. We are committed to seeing faith in Yeshua continue to spread and grow as a Jewish movement into the future. In the words of noted Messianic Jewish pioneer, Abram Poljak, “If Yeshua is the Messiah and King of the Jews—then the Messianic Jewish movement is the most important event in our time, the symbol of the changing aeon.”21

15. Against the Pelagians (Book III).

16. From Jerome to Augustine.

What Proof Do You Have That Jesus is the Messiah?

In Their Own Words: Messianic Jewish Holocaust Survivors