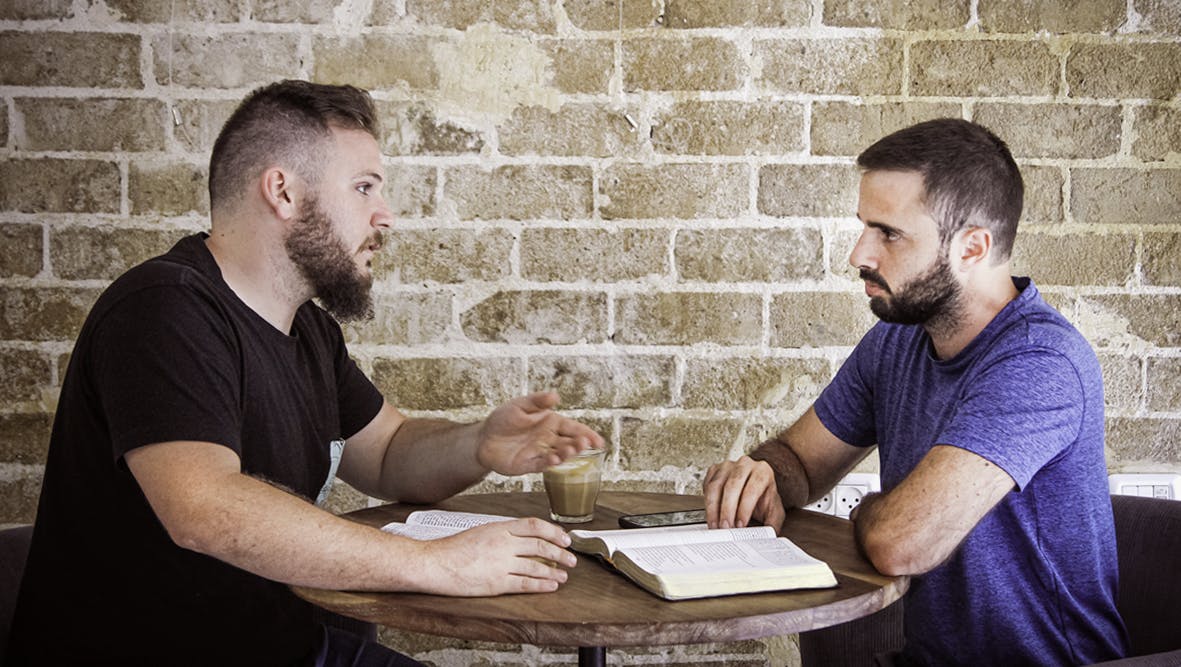 What Does “Son of God” Mean?

The writer of Proverbs paints a mysterious picture of a figure who bears the name of God’s son and asks the reader to identify him. But is the idea of God having a son actually Jewish?

Who has gone up to heaven and come down?
Who has gathered up the wind in the hollow of his hands?
Who has wrapped up the waters in his cloak?
Who has established all the ends of the earth?
What is his name, and the name of his son?
Tell me if you know!
-Proverbs 30:4

The one who penned this section of Proverbs, the Jewish wisdom literature, had reverence for the Lord. He understood the majesty and the glory of God, and he reflected his faith and commitment to the “Worthy One” in these questions. The first four are rhetorical for this very purpose.

He calls to remembrance the self-revelation of God to Moses; that moment when Moses, standing on holy ground, beheld the burning bush which was not consumed. It was then that God revealed His name for all eternity:

We know what God’s name is, but what is His Son’s name? What Son of God most closely fits this description of the majesty and glory of God, who is “The Father”?

When God instructed Moses preparing him to speak before Pharaoh, He said,

It was God who “fathered Israel.” The Lord called Israel into existence through the Gentile, Abraham. To him was promised blessing and the privilege of being a blessing to all the nations. Israel then is God’s own, a sanctified treasure, a pre-eminent son. For as a people, Israel is called to accomplish God’s purpose. Through Israel’s posterity would come Messiah.

While Israel has prayed to “God, our Father,” our people do not claim divine equality. Sonship is understood as a relationship to the Creator, an example of the creature beloved by a gracious God. This relationship is demonstrated again when Moses reminds Israel of God’s fatherly love for the nation in his farewell speech:

Is He not (the Lord) your Father, your Creator, who made you and formed you?
-Deuteronomy 32:6

The prophet Hosea adds another sense to the idea of sonship. Not only is the nation regarded as God’s son (i.e., “When Israel was a child, I loved him, and out of Egypt I called my son.” Hosea 11:1), but the prophet adds that each of the Israelites are “…the sons of the living God.” (Hosea 1:10.) But this latter picture is of an internally united Israel and comprised of people who, having been chastened, have returned to the fear and love of God.

But of all the Israelites, is there not one special son of God? Through the family of David and the line of the tribe of Judah, a son would come whose throne would be eternal.

When your days are over and you go to be with your fathers, I will raise up your offspring to succeed you, one of your own sons, and I will establish his kingdom.
-1 Chronicles 17:11

The LORD says to my Lord: ‘Sit at my right hand until I make your enemies a footstool for your feet.
-Psalm 110:1

Did David see the portrait of a son of God, who is actually his promised descendant—the Son of God?

7 I will proclaim the decree of the LORD: He said to me, ‘You are my Son; today I have become your Father.

12 Kiss the Son, lest he be angry and you be destroyed in your way, for his wrath can flare up in a moment. Blessed are all who take refuge in him.”

In studying this passage, our ancestors didn’t miss the significance of the relationship to God and His Anointed One (Messiah). As a matter of fact, they remark in a simile where “God, and His Messiah” are likened to a king and “the son of the king.” (Yalkut, pare. 620, p. 90A, line 12 from the bottom.)

Here we have that special Son of God, recognized by David as much more than one of his earthly descendants, but also the Anointed One of God. He closes with an admonition to do homage to the Son (verses 11 and 12). Rabbi Ibn Ezra of Spain wrote during the twelfth century, “The exhortation to submit to Yahweh is followed by the exhortation to do homage to Yahweh’s Son.” Yes, our rabbis knew of the Son of God and called Him the Messiah.

Did the Rabbis believe in the Son of God?

“Our rabbis taught, The Holy One, blessed be He, will say to the Messiah, the son of David (May he reveal himself speedily in our days), ‘Ask of Me anything, and I will give to Thee,’ as it is said (Psalm 2:7,8): ‘I will tell of the decree: the Lord hath said unto me, ‘Thou art My son; this day I have begotten Thee. Ask of Me and I will give the nations for Thine inheritance.'”

And in the mystical writing of the Zohar:

The very first Jews for Jesus connected the second psalm with him. After being harassed by Temple officials for teaching that Yeshua was the Messiah within the holy sanctuary grounds, Peter and John are released. They report to the other believers in Jerusalem just what happened. As they all pray together, the first two verses of Psalm 2 are recalled as a promise to King David, acknowledged by him and fulfilled in Jesus (Acts 4:25-27).

Yeshua, the Son of God

Later, Paul will quote from the psalm. In doing so he answers an enigmatic question from verse seven where it says, “Today I have become your father.” Just what day was the psalmist referring to? It is the day when God demonstrated conclusively the full acceptance of His anointed redeemer. It is the day when the promised son of David would be proven fit to rule on the throne forever. Through Paul, we are told that it is the day of resurrection:

“…the gospel of God—the gospel he promised beforehand through his prophets in the Holy Scriptures regarding his Son, who as to his human nature was a descendant of David, and who through the Spirit of holiness was declared with power to be the Son of God by his resurrection from the dead: Jesus Christ (the Messiah) our Lord.”
-Romans 1:1c-4

Paul was telling this truth from the very early stages of his ministry. When he first went to the synagogue at Antioch of Pisidia, he announced the fulfillment of what God had been promising all along:

“We tell you the good news: What God promised our fathers he has fulfilled for us, their children, by raising up Jesus. As it is written in the second Psalm: ‘You are my Son; today I have become your Father.'”
-Acts 13:32,33

That Scripture testifies to more than one possibility, for qualification as a Son of God is not disputed. That it points toward one individual who was to be glorified as the Son of God is also quite clear. The Jewish followers of Jesus in his day were on the alert for just this One. Thus, the Galilean skeptic, Nathaniel, blurted on first meeting Yeshua, “Rabbi, you are the Son of God; You are the King of Israel.” (John 1:49.)

There is no Jewish reason why Jesus can’t be the Son of God. I only wish my own childhood rabbi knew that being the Son of God in the way Yeshua is means much more than he could let himself imagine. But then, perhaps you, are willing to allow yourself to discover more than what so many others could allow themselves to consider possible.

*This article is edited from an earlier version written by Tuvya Zaretsky and published by Jews for Jesus in 1981.

Divine Titles of the Messiah