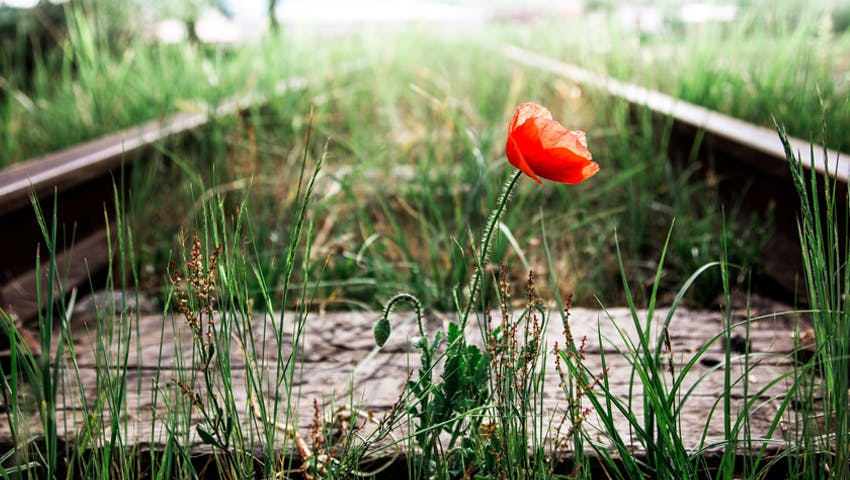 In Their Own Words: Messianic Jewish Holocaust Survivors

One of the questions I was asked frequently when I first came to this country is: Was it really as bad in the camps as they say in the news?” Now the question is: “Was it as bad as was shown in films such as ‘The Hiding Place’ or ‘The Holocaust’?” My answer is “Yes, except it was worse because there is no way you can show these things on T.V. or in a movie theater, and certainly no way that you can exaggerate what happened.” The fact that the question is still being asked shows that we sometimes just don’t want to believe the truth, and look for a way out.

When I came to believe that Jesus is the Jewish Messiah and committed my life to him, I was amazed at the questions and misunderstandings that it created. One of the main Scripture passages that spoke to me was Isaiah 53. The little I had heard about Jesus made me see very plainly that this passage is talking about him. But when I try to explain why I believe that Jesus is the Messiah, people don’t want me to use the Bible.

It surprises me because, after all, that is what Judaism is based on. When I studied medicine, I had to learn what the medical books were saying, not what writers in popular magazines came up with. The same is true for my faith. One reason that I started to read the Scriptures was that I wanted to know what God had to say, not what people were saying, because I found that even in Judaism as it is practiced today, there is a great variety of interpretation and observance.

Like most Jewish people, I used to think that Christianity was a gentile religion and had nothing to do with me. But the day that I committed my life to Jesus as the Messiah, I realized that I hadn’t “changed,” but rather grown in my own faith.

In early 1945, the allies were destroying the Nazi war machine faster than it could be rebuilt. There were no more ammunition factories to work in and no more beets to pull up, so [my sister] Sarah and I felt useless. We weren’t needed or wanted at Bergen-Belsen anymore, so once again we were put on a train that took us deeper into Germany and stopped at Dachau.

As Sarah and I were trying to settle on the top bunk, I noticed that she seemed weaker than usual and her face looked flush. Then I saw a rash on her arms and hands. Sarah had contracted typhoid fever. Thousands had died from an epidemic of the dreaded disease, yet it was vitally important for Sarah to look as healthy as possible. The guards were on fierce lookout for anyone who had the fever, so when they came to inspect the barracks, I put my threadbare blanket over Sarah and laid on top of her. She was safe for the time being, but her fever continued to worsen. Her skin felt like a flame to the touch. “She needs medicine, probably aspirin,” said a woman in our barracks.

I could not let my Sarah die. That night, I waited until everyone was asleep and made my way in the dark to the infirmary. The fear that my sister would leave me overcame my fear of being caught. Still, my heart pounded in my ears. When I finally reached the infirmary, I discovered to my amazement that it wasn’t locked. I took a deep breath and tiptoed inside. I expected at least the cabinets to be locked, but to my surprise, they too were open.

I grabbed as many bottles of pills as I could carry. I couldn’t read the labels in German, so I raced back to the barracks and woke the woman who said Sarah needed aspirin. We pried open Sarah’s mouth and forced her to swallow some tablets every few hours. Over the next few days her fever dropped, and she began to eat on her own again. Without my sister, I knew I wouldn’t survive, so I silently thanked God for sparing her, both for her sake and for mine.

From A Rose from the Ashes by Rose Price (San Francisco: Purple Pomegranate Productions, 2006). Available in our store

At the outbreak of the Second World War, I was seventeen years old. Life was pretty good. And then on September 1, 1939, the Nazis entered our hometown and I ran away with five Polish friends. We went way east, first by train and walking. Then the Nazi armies caught us, caught all the refugees, and told everybody, “Go back home.” So I came home after four or five weeks and found that the Nazis had taken over all the Jewish stores.

From sixteen to sixty, all Jewish men were kicked out, told to leave, taken to [the train] and brought to the Russian border. Then they opened the railroad cars and started shooting. So the Jews started running. I had a Jewish friend who brought my brother to me. And we were together until the summer of 1940, when the Russians exiled us to Siberia.

My brother and I tried to escape from Russia into Afghanistan. We were apprehended on the Afghan border. We were given two years of a prison term. My brother died after a year. I survived after 22 months of Soviet and Russian prison.

My uncles invited me to Brazil and I worked in a factory. A younger man who worked in the factory invited me to his church. That first night I watched a movie that moved my heart. I professed to believe that Jesus is my savior. It was May 15, 1955. He dated the Bible he gave me in Portuguese. In my house you will not see crosses, but you will see mezuzot on all doors. Everybody sees that it’s a Jewish home. But Jesus is our Messiah.

Faith after the Holocaust