The Role of Women in the Bible 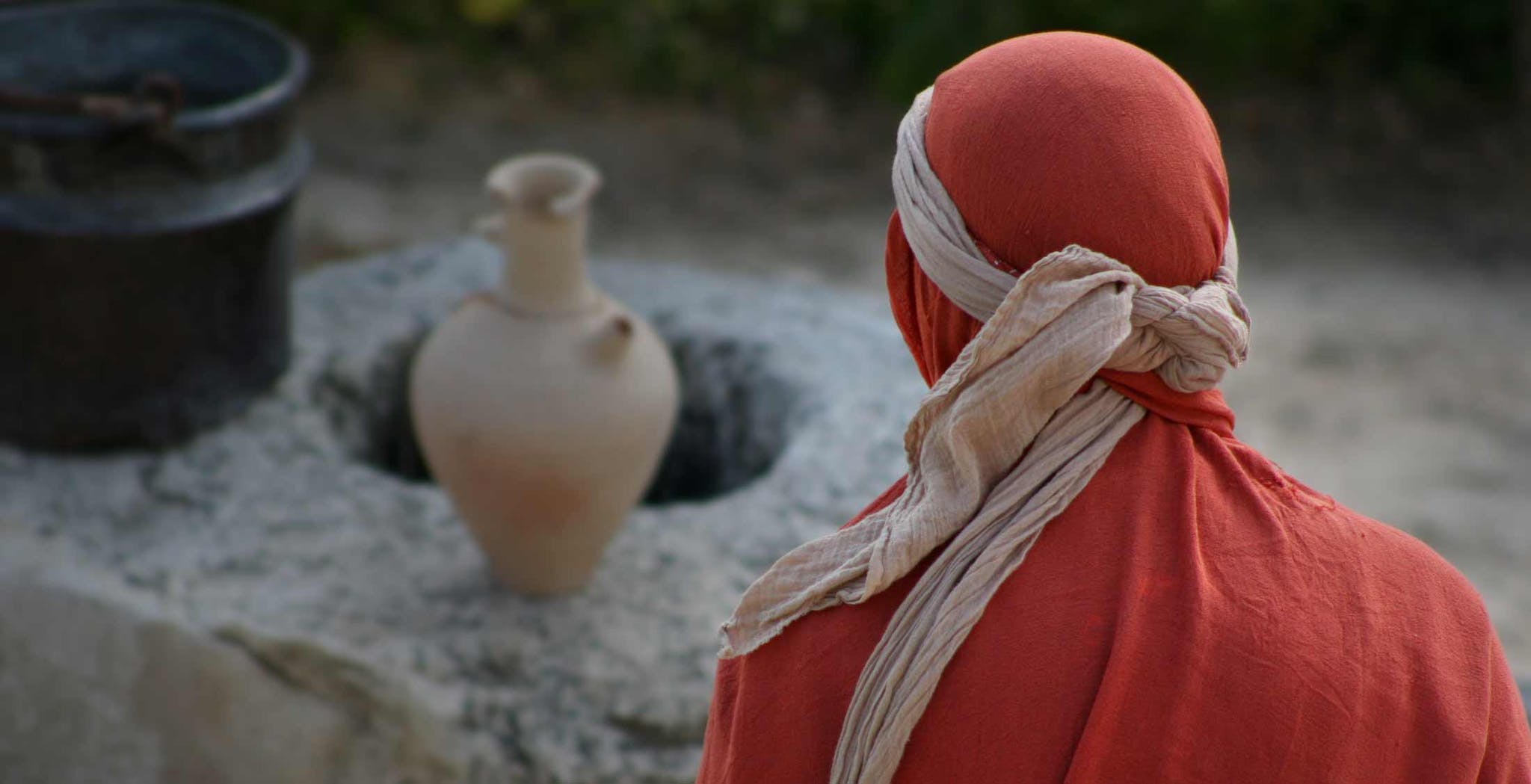 Women in the Bible

The Bible is a book that has been found relevant and meaningful to generation after generation. No matter the ebbs and flows of the culture, the stories, poetry, and historical accounts found in the Bible have spoken to people of all backgrounds. Among many areas in which the Bible is revolutionary, it’s high regard for women is one in which it is a document truly ahead of its time.

The role of women in the Hebrew Scriptures

In ancient Israel, women participated in every aspect of community life except in the Temple priesthood. Women freely engaged in commerce and real estate (Proverbs 31), as well as in manual labor (Exodus 35:25; Ruth 2:7; 1 Samuel 8:13). They were not excluded from Temple worship. Women played music in the sanctuary (Psalm 68:25), prayed there (1 Samuel 1:12), sang and danced with men in religious processions (2 Samuel 6:19, 22), and participated in music and festivities at weddings (Song of Solomon 2:7; 3:11).

Women were included when God instituted the Mosaic covenant (Deuteronomy 29:11) and were present when Joshua read the Torah to Israel. Their presence was not just an option; they were required to be present for the public reading of the Scriptures on the Feast of Tabernacles (Deuteronomy 31:12).

Women were not limited to private roles during those centuries.

Women were not limited to private roles during those centuries. Several exercised leadership roles over Israel. Miriam, the sister of Moses, led the women of Israel in worship (Exodus 15:20–21); Deborah was a judge and a prophetess (Judges 4:4), and the scriptures specifically mention that she was a wife and mother as well. Huldah was also a prophetess whom King Josiah consulted instead of Jeremiah, her contemporary (2 Kings 22:14–20).

In Genesis 21:12, we read that God told Abraham to listen to his wife, Sarah. Proverbs 18:22 tells us that he who finds a wife finds a good thing, and Proverbs 19:14 says that an intelligent wife is a gift from God. Abigail is recognized for her ability to navigate a politically tense conflict between King David and her husband, Nabal. Her wisdom and valor so touched King David that she became his wife after Nabal’s death (1 Samuel 25:23–42). The wise woman of Tekoa was sent to persuade David to lift the ban on his son Absalom (2 Samuel 14). Many more sharp and gifted women found their ways into the pages of the Hebrew Scriptures and are still honored today.

The social condition of women in the first century had been radically altered from that of their ancient sisters. By the time of Jesus, the role of women had drastically changed for the worse. In theory, women were held in high regard by first-century Jewish society, but in practice, this was not always true. The concept of tzenuah, or the private role of the woman, was based on Psalm 45:13: “All glorious is the princess in her chamber.” While a man’s primary responsibility was seen as public, a woman’s life was confined almost entirely within the private family sphere.

Women were not allowed to testify in court. In effect, this categorized them with Gentiles, minors, deaf-mutes, and “undesirables” such as gamblers, the insane, usurers, and pigeon-racers, who were also denied that privilege. (On the other hand, a king could not bear witness in court, nor could the Messiah, which somewhat lessens the stigma of that restriction.)

Customarily, even a woman of stature could not engage in commerce and would rarely be seen outside her home. Only a woman in dire economic straits, who was forced to become the family breadwinner, could engage in her own small trade. If a woman was ever in the streets, she was to be heavily veiled and was prohibited from conversing with men. “It is the way of a woman to stay at home and it is the way of a man to go out into the marketplace” (Bereshit Rabbah 18:1; cf. Taanit 23b).

In Talmudic times, respectable women were expected to stay within the confines of the home. The terminology for a prostitute was “one who goes abroad.” The woman of the first century did not even do her own shopping, except possibly to go out, accompanied by a slave, to buy material which she would use to construct her own clothing at home!

The women recounted in the New Testament were very likely illiterate, since the rabbis did not consider it incumbent upon women to learn to read in order to study the Scriptures. Based on the passage in Deuteronomy 4:9 (King James Version), “teach them to thy sons,” the rabbis declared women to be exempt from the commandment to learn the Law of Moses. Indeed, the Talmud says, “It is foolishness to teach Torah to your daughter” (Sotah 20a).

Women were separated from men in private, public, and religious life.

Women were separated from men in private, public, and religious life. They could go to the Temple, but could not venture beyond the confines of the Women’s Court (there was no such court found in the original descriptions of Solomon’s Temple, so we know it was added later). Women were not allowed to participate in public prayer at the Temple, although they were encouraged to have private prayer lives at home.

The few rights of a woman included her right to go to the House of Study to hear a sermon or pray (Vayikra Rabbah, Sotah 22a). Also, it was her basic right to attend a wedding feast, a house of mourning, or visit her relatives (Mishnah Ketubot 7:5).

One Talmudic passage perhaps best sums up the situation of women in the first century: “(They are) swathed like a mourner (referring to the face and hair coverings) isolated from people and shut up in prison” (Eruvin 100b).

What brought about this drastic change from the esteem women had in the times of the Hebrew Scriptures to their near exclusion from society by the era of the New Testament? Very likely, this degraded view of a woman’s role was imported from Greek thought. The similarities between the Hellenistic and Talmudic views of women are remarkable. Through the influence of their heathen neighbors, the rabbis slowly relegated women to their first-century seclusion. As evidenced in the paragraphs above, these gender norms were not based on the Tanakh or Jewish culture, but on Greek and Roman household codes that were widespread throughout their empires and occupied lands.

Jesus was a revolutionary in his regard for women

Jesus elicited surprising reactions from his contemporaries in all facets of life. He was not afraid to challenge the status quo and reexamine the traditional ways Scripture had been interpreted. But without a knowledge of the rabbinic attitudes that prevailed in Jesus’ day, the uniqueness of his behavior escapes us.

By publicly including women in his ministry, Jesus shattered the prejudicial customs of his day. Why was it unusual for Jesus to speak with women? Nothing in the Mosaic Law prevented men and women from conversing with one another! Yet the society of Jesus’ day, with custom dictated by rabbinic Judaism, differed strikingly from the Old Testament social order.

Jesus offered his teachings to anyone with ears to listen—be they women or men!

Jesus shattered this darkness by offering his teachings freely to anyone with ears to listen—whether they were women or men! We see him directly talking with women on numerous occasions. The woman at the well is perhaps the best known of these. We sense the astounded reactions of the disciples when their teacher was seen talking with a woman. “They marveled that he was talking with a woman, but no one said, ‘What do you seek?’ or, ‘Why are you talking with her?’” (John 4:27).

Another paradigm-breaking moment is found in the story of Jesus and his disciples at the home of the sisters Mary and Martha (Luke 10:38). Mary, mesmerized by Jesus’ teaching, is caught by her sister Martha sitting and listening to Jesus’ teaching with the male disciples. This could have been quite a social embarrassment to the family. The role of women was to serve the family and support the education of the men, and Martha becomes very angry at Rabbi Jesus for not enforcing the norms by telling Mary to go help. But Jesus passionately defends Mary’s choice to sit and listen. In doing so, he counter-culturally affirms women’s roles as fully fledged disciples and implicitly invites Martha to join her sister among the disciples.

In several other places in Luke’s gospel, we see Jesus publicly associating with women. Some were women of high standing in society, some were women of ill repute, and some even had been possessed by demons. One of these—Mary Magdalene, who in great thankfulness was with him until the moment he died—was the first person to whom he appeared after his resurrection.

In Matthew 15:22–28, Jesus spoke with a Canaanite woman. The disciples urged him to send her away for it was improper for a teacher to speak with a woman, and a foreign one at that! At first, Jesus did not answer her plea for help. But, as she prevailed upon him with her great need and even greater faith, he had mercy on her and granted her request.

It was often women who were the most appreciative of Jesus.

Time after time in the eyewitness accounts of Jesus’ life, we see him offering his teachings, healing, and forgiveness to women as well as men. Often, it was the women who were the most appreciative of his work and teaching. Indeed, the first proclaimer of Jesus as the Messiah of Israel was a woman: Anna in the Temple (Luke 2:36–38). A woman washed Jesus’ feet (Luke 7:37–38) and anointed him for his burial (Mark 14:3). It was women who were with him at his execution until the end (Mark 15:47), and women who were the first to come to the tomb (John 20:1) and proclaim his resurrection (Matthew 28:8).

Jesus’ early followers continued to follow in his footsteps, including women in their gatherings (Acts 1:14) and counting them as fellow workers in the cause of sharing his message (Romans 16:3). It was only fitting that Jesus the Messiah, in his love, shattered the restricted status of women in the times in which he lived. Because of him, all individuals, Jew or Greek, slave or free, male or female, can be one and enjoy unequaled freedom as children of God.

This article was adapted from an article by Zhava Glaser published in 1988.

Five Things About Ruth That Nobody Talks About