What are some of the credentials of the Messiah?

The Hebrew Bible and the Jewish sages describe the Messiah in more detail than many realize. From these writings we can know his genealogical background, place of birth, the timeframe of his arrival, and other identifying characteristics. These credentials enable us to identify the Messiah and to recognize imposters. Only a few can be listed below; there are many others. Early rabbis and sages recognized all of these passages as referring to the Messiah.

In regard to lineage, birthplace, time, and lifestyle, Jesus matched the Messianic expectations of the Hebrew Scriptures.

The record of this fulfillment is to be found in the pages of the New Testament. But several other factors combine to further substantiate the Messiahship of Jesus.

If Jesus had never made the claim to be the Messiah, why would we bother to try and prove that he was?

In the first place, he claimed to be the Messiah! When a woman said to him, "I know that Messiah is coming," he replied, "I who speak to you am he" (John 4:25-26). Naturally, that doesn't prove anything one way or the other. But if Jesus had never made the claim to be the Messiah, why would we bother to try and prove that he was? His own claim lays the groundwork for the rest of the evidence.

If these "credentials" in the Hebrew Scriptures are so clear, why didn't most Jewish people believe in Jesus?

To understand this, one must realize that by the time of Jesus, the messianic hope had become greatly politicized in the minds of the people. They were seeking deliverance from the tyranny of Rome. Although the Scripture spoke both of the sufferings and of the victories of the messiah, the victorious aspect had become uppermost in the minds of the common people because of Roman domination. This "lopsided" view of the Messiah has stuck with many Jewish people, and the politicization of the messianic hope has continued to this day. 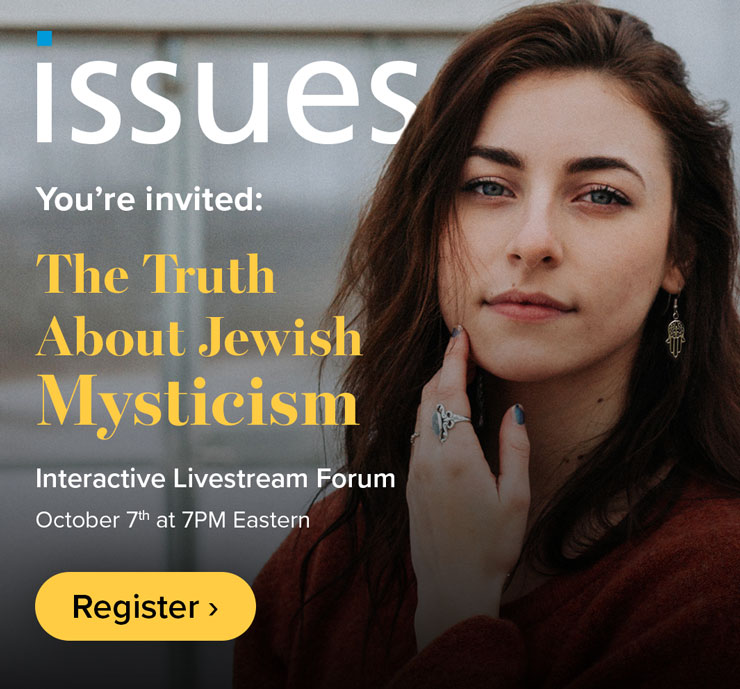 This is not to say that all Jewish people rejected the claims of Jesus. On the contrary, all the first followers of Jesus were Jews. In fact, the rabbis of that time and afterwards were well aware of the many messianic prophecies which Christians claimed were fulfilled in Jesus. So, for instance, although the Talmudic rabbis concurred that Isaiah 53 was a prediction of the Messiah, by medieval times the pressure from those who applied this prophecy to Jesus was so great that Rashi, one of the greatest medieval Biblical scholars, reinterpreted the chapter and said it referred to the nation of Israel. This interpretation is maintained today by many Jewish scholars, though it only dates back to the Middle Ages.

What makes Jesus different from others who have claimed to be the Messiah?

There have been false messiahs throughout Jewish history. Among the most prominent were Bar Kokhba who led a revolt against Rom (AD 132-135) and Shabbetai Zevi, a self proclaimed messiah of the seventeenth century.

During Bar Kokhba's revolt, one of the most famous figures in Jewish history, Rabbi Akiva, proclaimed him to be "King Messiah." Unfortunately, Bar Kochba, Akiva and thousands of Jews were killed in AD 135. when the Romans stormed the stronghold of Betar.

Shabbetai Zevi, on the other hand, was a self-proclaimed messiah. Flourishing in seventeenth-century Europe, the Shabbatean movement spread among both the common people and the rabbis. But when Shabbetai Zevi was arrested in 1666 by the Sultan of Turkey, he converted to Islam rather than face death. We have been tragically wrong before, so it is not surprising that hard evidence should be sought for believing in Jesus.

Jesus' life stands in sharp contrast to those of the false messiahs.

Jesus' life stands in sharp contrast to those of the false messiahs, and it is a positive demonstration of what we would expect the Messiah to do. Jesus worked many miracles of healing, bringing wholeness into people's lives, forgiving sin and restoring relationships. In contrast to Shabbetai Zevi, for instance, Jesus carried out the Law of Moses as a devout Jew. And in contrast to Bar Kokhba, although Jesus died he was also resurrected!

Jesus rose from the dead.

Throughout history, people have explained away the resurrection as either non-historical ("It never happened") or as non-supernatural ("Here's how it could have happened"). But these explanations have not been successful. Run through the possibilities yourself and see which makes the most sense. Did the Roman authorities steal the body of Jesus from the tomb? Then why didn't they produce it when the word spread that Jesus was risen? Or maybe the disciples stole it. But could such a fabrication on their part account for the change in their attitude? Three days earlier, they were disillusioned, defeated idealists who had hoped that Jesus would usher in a new world order. Could a lie, which they knew to be a lie, now account for their hope, their boldness in the face of official persecution, and for the high ethical standards they set?

Perhaps Jesus never died; perhaps he just fainted on the cross and revived in the tomb. This idea was popularized in the book The Passover Plot by Hugh J. Schonfield. Unfortunately, the author overlooked the fact that the Romans pierced Jesus’ side, which would have most certainly killed him. Also, there was a contingent of Roman soldiers guarding the tomb as well as a huge stone that blocked its entrance. There was no way that a resuscitated Jesus could have escaped and then convinced hundreds of skeptical eyewitnesses that he had conquered death forever! Or was it all a hallucination? It must have been quite a hallucination to be seen by vastly different kinds of people at different times of day in many different places. You might be able to fool one person, but can you fool 500 who saw him at one time? And, unlike hallucinations, these appearances of the resurrected Jesus stopped as suddenly as they started, 40 days after the resurrection had taken place.

The only satisfactory explanation is that the resurrection actually occurred, just as the record says. And if that’s the case, it’s a solid reason for accepting the Messiahship of Jesus.

Because he provides atonement for sin and reconciliation with God, Jesus brings peace, joy, and purpose into people's lives. Apart from faith in him, there is no basis for true peace or direction, for, as the psalmist says, "Man is estranged from the womb." That this estrangement is healed by the reconciling ministry of Jesus is the common experience of those who believe in him.

Between the objective evidence of the Hebrew Bible and the New Testament, and the subjective verification in our own lives--we think there's ample evidence that Jesus was who he claimed to be!

Who's the Subject of Isaiah 53? You Decide!

Did He Or Didn't He? Jewish Views of the Resurrection of Jesus