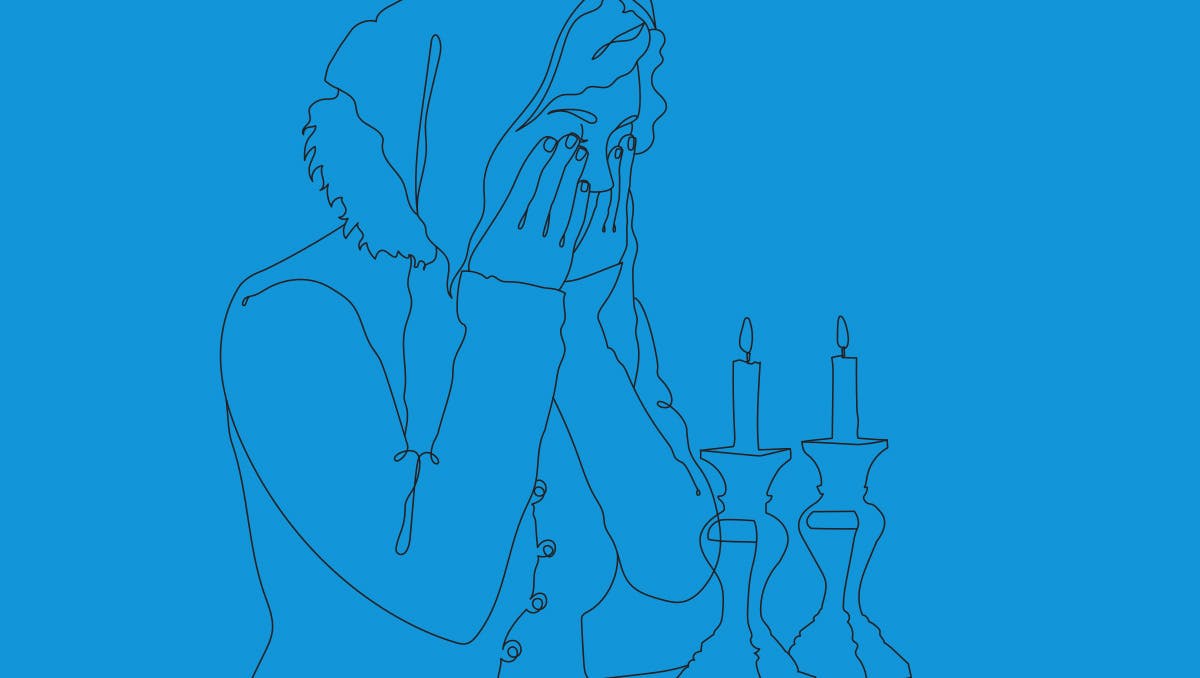 Although my family was 100% Jewish; and proud of it, our religious observance ran the gamut from frum to completely secular. Being a Jew meant something different to everyone. Some might say that this confusion led me astray, but it actually led me to thinking deeper about what was really true.

My father’s side was the more frum of the two. If we went to Bubbie Bella’s house, she was strictly kosher and chas veshalom, if you mixed the fleishig and milchig dishes. She was so afraid I might contaminate the kashrut, she almost never let me into the kitchen.

My mother came from a prominent rabbinic family; (there is even a street named in Jerusalem after her family), but the Americans assimilated into secular society and were hilonim. I would say Bubbie Tillie was modified kosher; if you messed up, she just looked the other way. Among my aunts, uncles, and cousins, there were those who kept kosher, but outside the house they ate all the treyf they wanted. Others celebrated their Yiddishkeit by eating bagels and lox on Sunday mornings. One relative would go full out every Pesach, while others went out to eat brisket, left the chometz alone, and never opened a Haggadah.

Even at a young age, I could not understand how a rule could be a rule, a law could be a law, and yet everyone did what was right in their own eyes. The final blow came one Yom Kippur morning when I woke up very early, went into the kitchen, and caught my father eating a cupcake. When he realized he was found out, he tried to explain his reasoning to me, but it was too late. I wanted no part of what seemed to me, this hypocritical system. I threw thoughts of G-d and Judaism completely out of my mind.

But the night my father lay dying in the hospital, I found myself wrestling with Hashem to save his life. “Why am I praying to a ‘someone’ I don’t believe in?” In that moment, my heart had become open, and I knew it. There was a G-d.  My father, despite his sins, was a good man who did believe in the Ribono Shel Olam. Throughout my life, the choices I had made disappointed my father who wanted me to live a godly life. As I threw the dirt on my father’s grave, I knew I was not living the life he had wanted for me. Deep down, I knew it was not the life that I wanted to be living either—something had to change.

My first stop on the journey to change my life was a return to Judaism. I seriously considered becoming frum. Although the rules had not changed, I thought there had to be more to tznius and being shomer shabbos. I would not be a hypocrite; I would be observant because I wanted to be frum. I would not hide eating a cupcake on Yom Kippur or hide a TV in my closet. Still, I knew that I could not believe in a G-d who judged my every word and my every mitzvah. I wanted to be clean in my heart, not just in my outward actions. There had to be more.

There was more. I travelled a path exploring religions other than Judaism; each one had a disappointing element of hypocrisy. Then I turned to studying the Bible, both the Old and New Covenants, and gradually I started to believe what I was reading. I began to believe there was a G-d who loved me, a G-d who cared for me, the Aibishter who was interested in every aspect and detail of my life. Ironically, in my decision not to become frum, I became a better Jew. I now celebrate Shabbat with joy, I fast on Yom Kippur, I pray daily with kavanah, and I learn almost every day. Today, my life abounds with the joy of having a relationship with Hashem, not just obeying rules.

Perhaps you have struggled with some of the same issues that I have. If you want to talk more, you can reach out to me at [email protected].

Is It Really True That G-d Gave His Authority to the Rabbis to Interpret Torah Today?