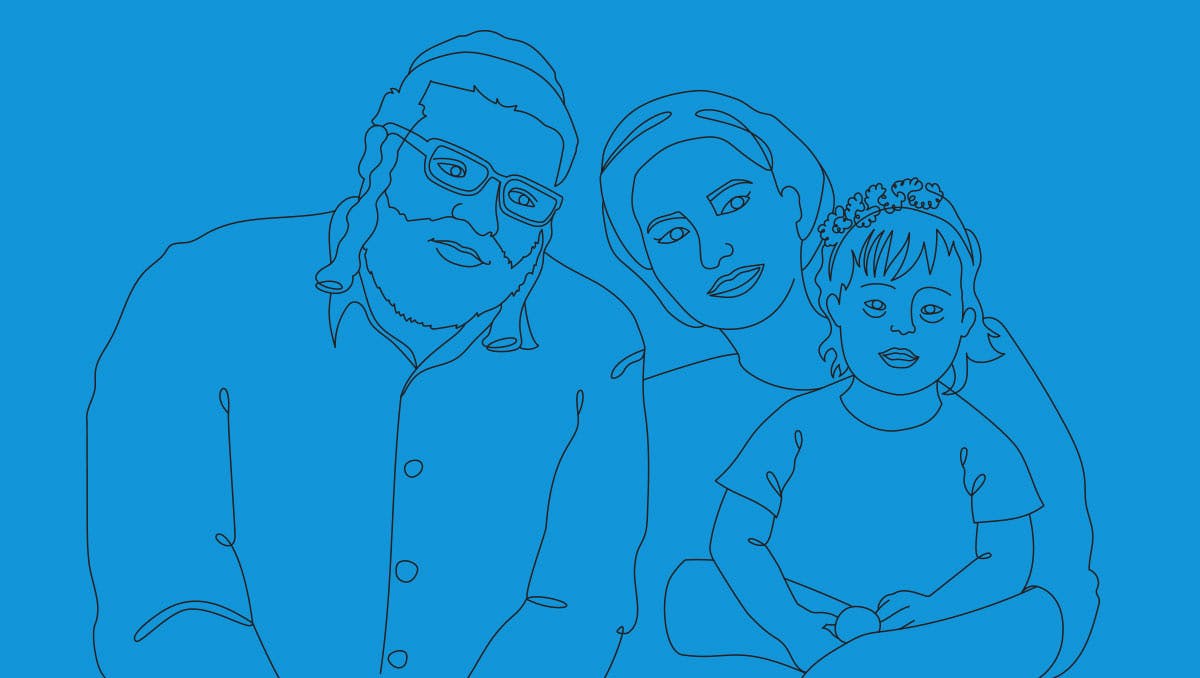 Two hours after his birth, the obstetrician had taken him to the neonatal unit because he “wasn’t happy with his color.”

“Is my baby okay?” I asked in a panicked tone.

“I think they’re just concerned about his temperature,” the nurse replied. Yet, something in her eyes and in the timbre of her voice told me that she knew more than she was saying. Maybe I was just sensitive after giving birth, but I thought the midwife and nurses seemed quiet—almost somber—for such a joyous occasion. My baby boy entered the world with a healthy cry, but when I put him to my breast, the midwife told me too quickly, too emphatically, that she didn’t think he would suck right away.

Only three hours after he was born, the pediatrician informed my husband and me that he believed our baby had Down syndrome.

“Are you sure?” I gasped. My heart was pounding, and my mind was plummeting into disbelief. I wanted to make the doctor’s words disappear! Suddenly, all my dreams for my firstborn son had shifted in a moment. The doctor was compassionate but direct, “I won’t be able to tell for certain until the chromosome tests come back in a couple of days, but I do think that he has Down syndrome. Once we’ve examined him, there is no reason why you can’t take him home.”

“If I have questions?” I thought. I felt dizzy and confused. My every thought was a question, and I didn’t know what to ask first. What could I expect from this little person who had just entered my world with a completely unexpected set of troubles?

My husband had already phoned our family and friends to announce our son’s birth. Now he had to phone them again to inform them that our boy probably had Down syndrome. Was there any right way of saying this? Would we forever have to add a caveat to our son’s existence? We were still thrilled by the gift of our baby.

For the next few days in the hospital, my husband and I alternated between crying and cooing over our newborn. How could we have anticipated the mixture of pure joy and profound pain that accompanies the birth of a handicapped child? The “unknown” had hit us in the face with full force. The worst part about not knowing is not being in control.

Yet in a way, we were prepared. Before our son was born, I’d begun keeping a journal for him. Without knowing what was ahead, I’d written, “Whoever you are, you’ll be yourself and I’ll love you just the way you are—you’ll be my special baby.” Long before he was born, we had decided on the name Rafael Reuben if the baby was a boy. Rafael means “G-d is my healer,” and Reuben (in memory of my late grandfather) means “Behold, a son.” Our son’s name was more appropriate than we could have planned. The Ribono Shel Olam had already given us the gift of acceptance—to be able to accept our son exactly the way he had been given to us, including his extra chromosomes.

Part of that acceptance came from knowing that Hashem is in control. Nothing comes as a surprise to the Aibishter. He knew the prophet Yermiyahu even before “He formed him in the womb” (Jeremiah 1:5). The Ribono Shel Olam knew that my son would have Trisomy 21, and for reasons beyond our understanding, G-d allowed this to happen. We didn’t know what the future held for our son, but we could trust that G-d would be with us as we faced the future.

The writer of Kohelet says in 11:5, “As you do not know what the way of the wind is, or how the bones grow in the womb of her who is with child, so you do not know the works of G-d who makes all things.” Has Shem understands why He allowed Rafael to have Down syndrome, even if I cannot. Throughout the Tenach, I read that the Ribono Shel Olam takes full responsibility for forming each one of us in our mother’s womb. I was, and still am, comforted by this truth.

The greatest comfort of all is this: I believe that God has a son who was born as a child on this earth. When he was grown, people rejected him because he wasn’t what they thought he should be. His name is Yeshua, which means “salvation,” because he was sent to earth to save people from their sins. G-d knew what would happen to His son before the beginning of time, yet He still saw fit to carry out His plan. Yeshua’s life was a paradox of pure joy and profound pain, exultations and suffering, and finally victory. Because of Yeshua and all that he endured, I know that the Aibishter understands my feelings in the most intimate way possible.

My relationship with Hashem brought me through the shock of my son’s birth, and I trust Him to take me through every joy and challenge of my son’s life. At his bris, our community read together the words of David HaMelech from Tehillim 139:13 (and following): “You formed my inward parts; you knitted me together in my mother’s womb.”

David HaMelech trusted the Ribono Shel Olam in all kinds of circumstances, whether facing a giant, the wrath of a jealous king, the awesome responsibility of ruling a nation, or the death of a newborn son. He even trusted G-d when he had to face his own sin.

G-d is worthy to be trusted. Will you turn to Him before you hit another circumstance that confronts you with the reality that you are not in control of your life or of the lives of those you love?

You can connect with me at [email protected].

Why I Chose to Leave