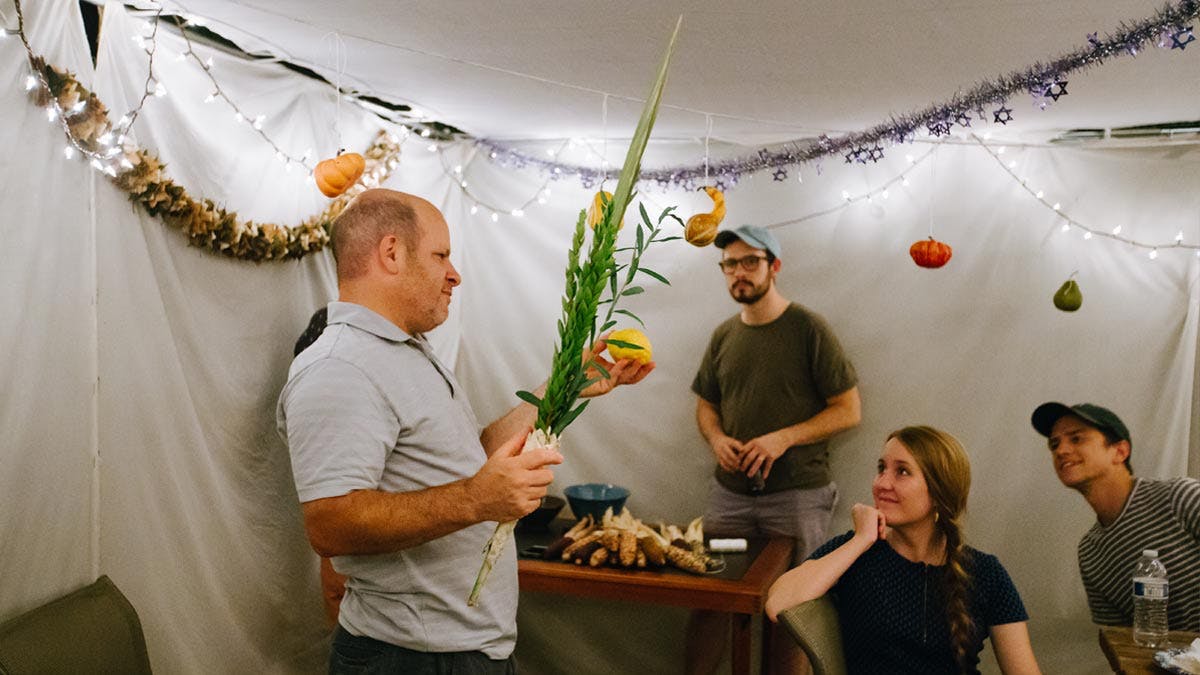 A Quick Guide to the Jewish Holidays

People gathered to hear the sound of the shofar (ram’s horn) to reflect on God’s judgment and their spiritual condition. Rosh Hashanah begins a ten-day period known as the Days of Awe, during which God’s people were to turn to Him and away from sin. This year, Rosh Hashanah begins on September 15.1

(yome kee poor or yum kipper) The term “High Holidays” refers to Rosh Hashanah and Yom Kippur together. Literally “the Day of Atonement,” Yom Kippur concludes the Days of Awe. It is the holiest and most somber day of the year. (Lev. 23:27-32)

Since Yom Kippur is a day of fasting and reflecting on our sins, it’s mostly about what we would not say. We’d never wish someone a “Happy Yom Kippur!”

One day of the year, the High Priest entered the Holy of Holies to put the blood of the sacrificed animal on the altar as a sin offering. Through faith, obedience to God’s precise instructions resulted in atonement, or covering, for sin. This year, Yom Kippur begins on September 24.

This is both a harvest festival and a reminder of how God sustained the children of Israel during their wilderness wanderings. The people were to dwell in temporary booths, and to rejoice over God’s provision as well as His presence. Many Jewish people still build booths in their yards or synagogues for this holiday. This year, Sukkot begins on September 29.

(ha new kah) Literally “dedication,” Hanukkah is known both as the Festival of Dedication and the Festival of Lights. It is not commanded in the Scripture, though it is mentioned one time in the New Testament. (Jn. 10:22)

The holiday commemorates the dedication of the Temple after it was recaptured from the evil tyrant, Antiochus. It is also a time of rejoicing in how God enabled the Jewish people to prevail in battle when we were hopelessly outnumbered. This year, Hanukkah begins on December 7.

(poor im) Literally “lots,” this holiday is a celebration of God’s steadfast care over His people as seen in the book of Esther.

Whereas the holiday is not commanded in Scripture, it is a fun day during which practical jokes are common, special holiday treats are enjoyed and the entire book of Esther is read in synagogue. Children frequently dress up as one of the characters in the story of Esther for a “Purim pageant.” Next year (2005), Purim begins on March 24.

God commanded His people to celebrate this holiday annually to remember how He delivered them from bondage in Egypt. Passover is actually a one-day holiday, but God also commanded the Jewish people to celebrate a seven-day Feast of Unleavened Bread. The entire eight days are commonly viewed together as Passover. On the first or second night of Passover, we have a ceremonial meal with liturgy known as the seder (sayder). Next year, Pesach begins on April 23.

(shah voo oat) or Shavuos(shah voo ose) Literally “weeks,” this holiday comes seven weeks after Passover; it is also referred to as “Pentecost” because it falls 50 days after Passover. (Lev. 23:15-21)

God gave this holiday as a spring harvest celebration, during which the Israelites were to rejoice over the ingathering of the wheat crops. Jewish tradition also says that God gave Moses the Ten Commandments on Shavuot. Some people celebrate by reading from the Torah all night, and eating dairy products. Next year, Shavuot begins on June 12, 2005.

The Feast of Trumpets: background and fullfilment

4 Things to Know About Shavuot