I prayed, “God, if you exist, save me from death! I will believe in you all my life!” 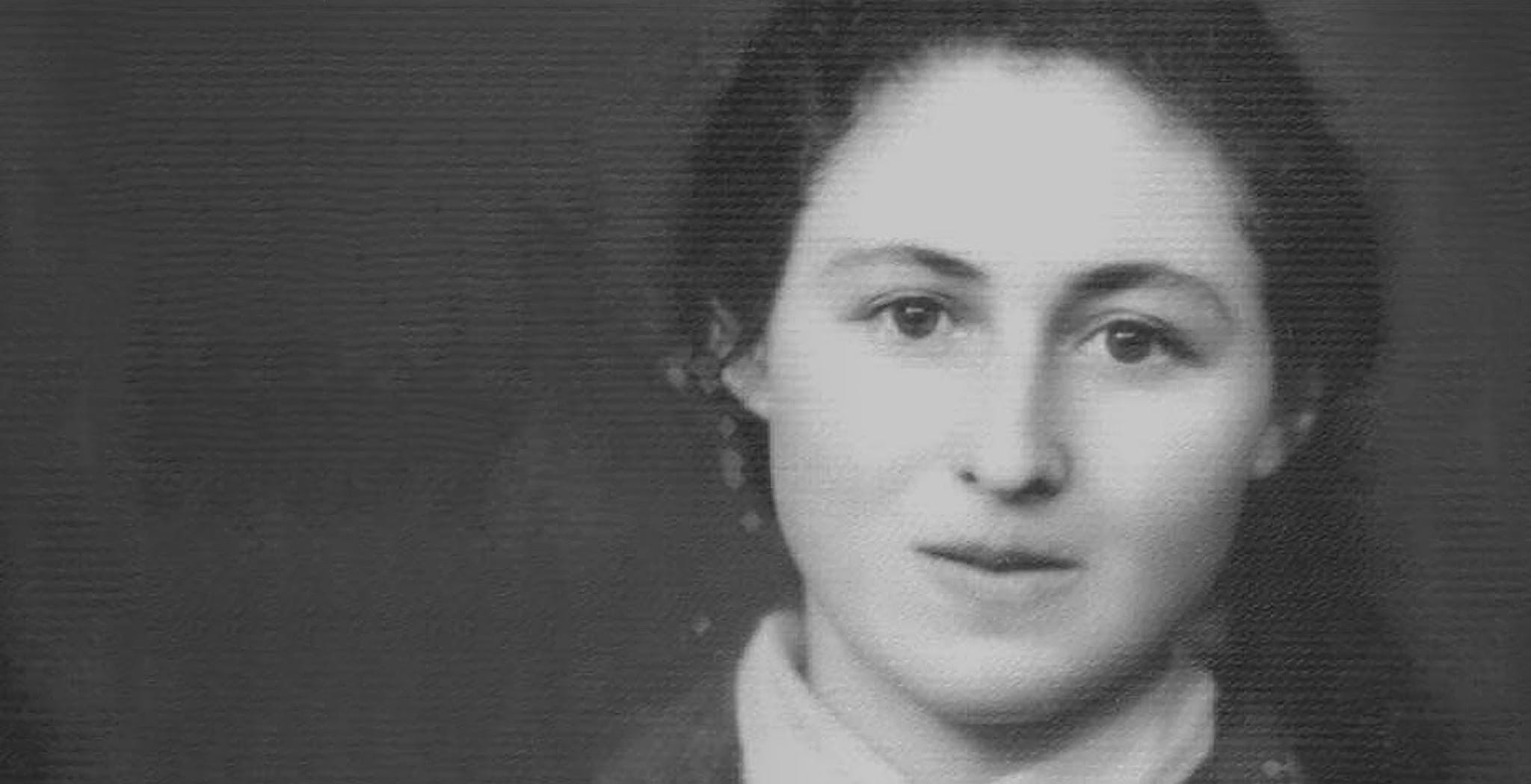 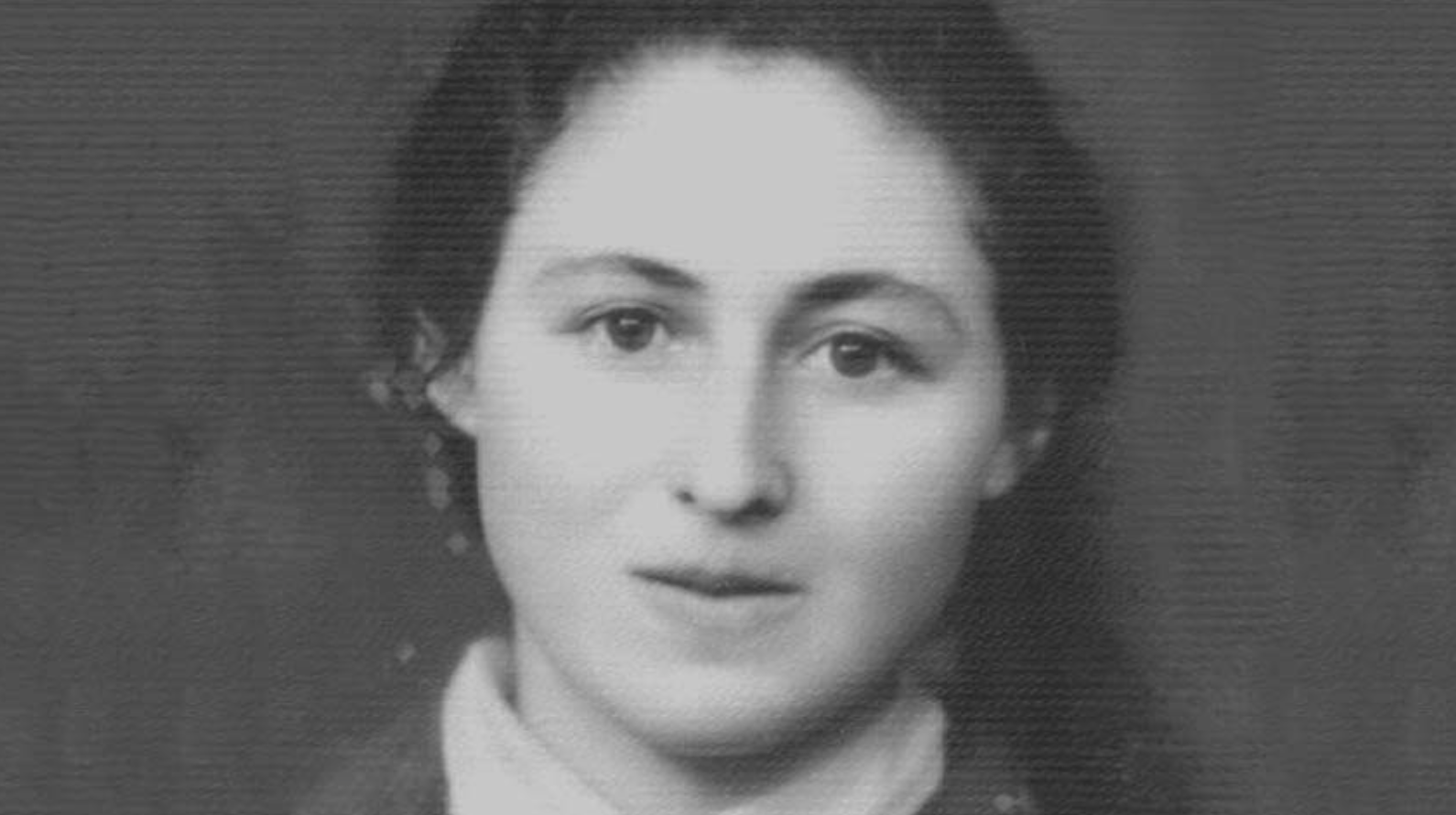 We interviewed Holocaust survivor, Zinaida, to share her story of survival and how she came to know Yeshua. This is her story.

I was born in 1932 in Belarus. My parents were religious; they knew God. My father was a rabbi and was sent to prison for five years for conducting circumcision rituals. My father always took me to the synagogue, but I did not understand anything there. I only understood Yiddish. My father always prayed before meals, “Baruch Atah Adonai Elohenu,” dipped bread into salt, and then we could eat.

I asked my father, “Where is God? Who is that God?” And my father always answered, “He is in heaven.” And I would ask, “Why is he there?” And father would joke, “He was thrown up that high.” I was very curious to find out how He happened to get to heaven! When my mother left me home alone when I was little, she would tie my hand to my bed and say, “God bless you and save you!”

World War II found us in the town of Romny,in the Sumy region of Ukraine. I remember the awful hum of bombers and the explosions of bombs. People ran into the field in terror—both Russians and Jews. Some Russians crossed themselves. I was nine. I asked my mom, “What are they doing? Will their God save them?” “Yes,” my mother said.

We were very poor. I never had a doll. Once, when we were in the ghetto and had to wear yellow stars, I thought, “If there is a God, let my friend Julia give me a doll. And if there is no God, I will know it because nobody will give me a doll.” When I next saw Julia, she asked me, “Zina, would you like to have a doll?” “Where would I get a doll?” I wondered aloud. And she said, “Oh, I can give you mine!” That’s when I got the notion that God really does exist!

We could not cry—if we were heard, we’d be shot.

When the Nazis took all of us Jews of Romny to be shot, we saw no way out. Someone lost their mind on the way there; someone got beat up by soldiers. It is difficult to remember it all. We were guarded by the Nazis with dogs. Ahead of us was a fence around an electricity plant. And I prayed, “God, if you exist, save me from death! I will believe in you all my life!” Suddenly, my thirteen-year-old sister, Sarah, grabbed my hand, and we ran to the fence. She then hit the fence with her foot and miraculously knocked two boards out at once. Then we dove into the bushes and crawled. Our hands were torn and bloody, but we could not cry—if we were heard, we’d be shot.

After December 25, when the Nazis were roaming everywhere, we had to wander around villages and beg. The frost was biting; the temperature was 40° below zero! Sometimes we were allowed to sleep in a house, sometimes in a barn, sometimes we just found an empty structure. My sister finally brought me to a house and said we need to save ourselves separately. So we separated. I lay in the snow and cried, being very tired. An old man found me and brought me home. His wife was not very happy, “Oh, but she is a kike,” she said. But the man insisted, “We have three sons at the front. God will save them all for this child’s sake!”

Just once. The Germans announced, “Whoever will bring us a Jew will get a free coat.” And getting clothes was very expensive  at the time. So one woman grabbed me, saying “I’m going to get a coat in exchange for you!” She dragged me straight to the German commandant. But instead of giving her a coat, the commandant called her a dirty pig. Then he looked at me, saying, “Kinder (child)… kinder.” As soon as he turned away for a moment, I jumped out of an open window and ran away. The Lord saved me!

Some time in 1943, the Nazis caught me and I was taken to be shot. I was carrying a piece of bread in my hands, so as I raised my hands up, there was bread in one hand. And the Germans thought it was a grenade and fell down. While they were thinking what to do, I ran away. The Lord saved me again! The Lord saved me from bombs, from shootings, from starvation—from everything!

I could feel all my life how God has kept me safe and helped me.

So I found believers and shared my dreams with them. They accepted me and exclaimed, “Child, it is God calling you!” One of them opened the Bible and read Mark 1:15—exactly the words I heard in my dreams! So I joined these believers, and I sincerely received Jesus as my Lord and asked him into my heart. It was in 1952, when I was twenty years old. I have been serving the Lord ever since.

When you read the Gospels, listened to sermons about Jesus, did you ever feel hindered by the fact that you were Jewish?

It never hindered me! But I faced other obstacles. I refused to join Komsomol (the Communist Union of Youth). For that, I was almost kicked out of the dormitory I was living in. But God enabled me to stand firm in my faith. One of my supervisors at work was named  Kovalzon, a Jewish man. He was ordered to influence me so that I would leave the faith. So I explained to him: “If the Lord saved me, why should I deny him?” Kovalzon caused me a lot of trouble, but later he asked me for a Bible, in strict secret. “I want to see what your truth really means,” he told me. “Can I have a Bible for a few days? I swear as a Communist that I will give it back!” I gave him a Bible and then fasted and prayed for him for three days.

How did you read the Bible? Did you understand it, since it is a Jewish book?

Somebody once told me that a house is painted from the top, so it is better to read the Bible from the “top,” that is, from the Gospels. Then I read the whole Bible. I did have a lot of questions. For example, I used to ask why Solomon had 700 wives. Wasn’t it a sin?!

God blessed me, and I married a believer eight years after I gave my life to Jesus. There was a very difficult time in our lives when we had nothing to eat. I could only rely on God. When my children asked for food, I told them to kneel and to pray that God would send what we ask for. One time as we were praying for food, another believer dropped by with some food. She said, “I kept hearing this whisper: ‘go to Zina, go to Zina!’ Oh, how we thanked the Lord then!

I could feel all my life how God has kept me safe and helped me. I have no doubt that Jesus is the Son of God and that a believer in Jesus has eternal life. Jesus said, “Come to me all you who are weary, and I will give you rest; learn from me, for I am humble in heart and you will find rest for your souls.” (Matthew 11:28–29)

The Nazis killed your family members, while you survived and came to believe in Jesus. How would you encourage those Jewish people who also lost their relatives in the Holocaust, and because of this are angry with God or do not even want to think about him?

Everywhere I went, I felt love towards me as a Jewish person.

Jesus (Yeshua), Messiah, Son of God is of our people! We should believe in him and love him. God will certainly accept the Jews who will return to Him through Jesus! God is going to the Jewish people now as to His firstborn son. And people should love the Jews—it is a big sin and trouble for those who despise the Jews. Such people will be punished, just as it is written in the Bible, “Those who touch you touch the apple of his eye” (Zechariah 2:8).

One Easter something interesting happened. We got together to eat with other believers but when I came closer to the table, my heart missed a beat and my face must have shown it: there was lard on the table! And I have never eaten lard in my life, not then, not now. My fellow believers saw my reaction and immediately said, “Oh, Zinaida, come over here! You have something in your headscarf, let us fix it.” After they “fixed” my scarf and I returned to the table, I could see fish instead of lard there! On that day, all the believers refused to eat lard because of me, the only Jewish person among them!

He has taught me faith! A living faith in God. He revealed Himself to me and I realized He is there. I told myself, “I have nothing in this life. But God, my Father, He is rich. He will bless me!” And He has never left me; He has been leading me up to this moment.