What is the source of Jewish identity? 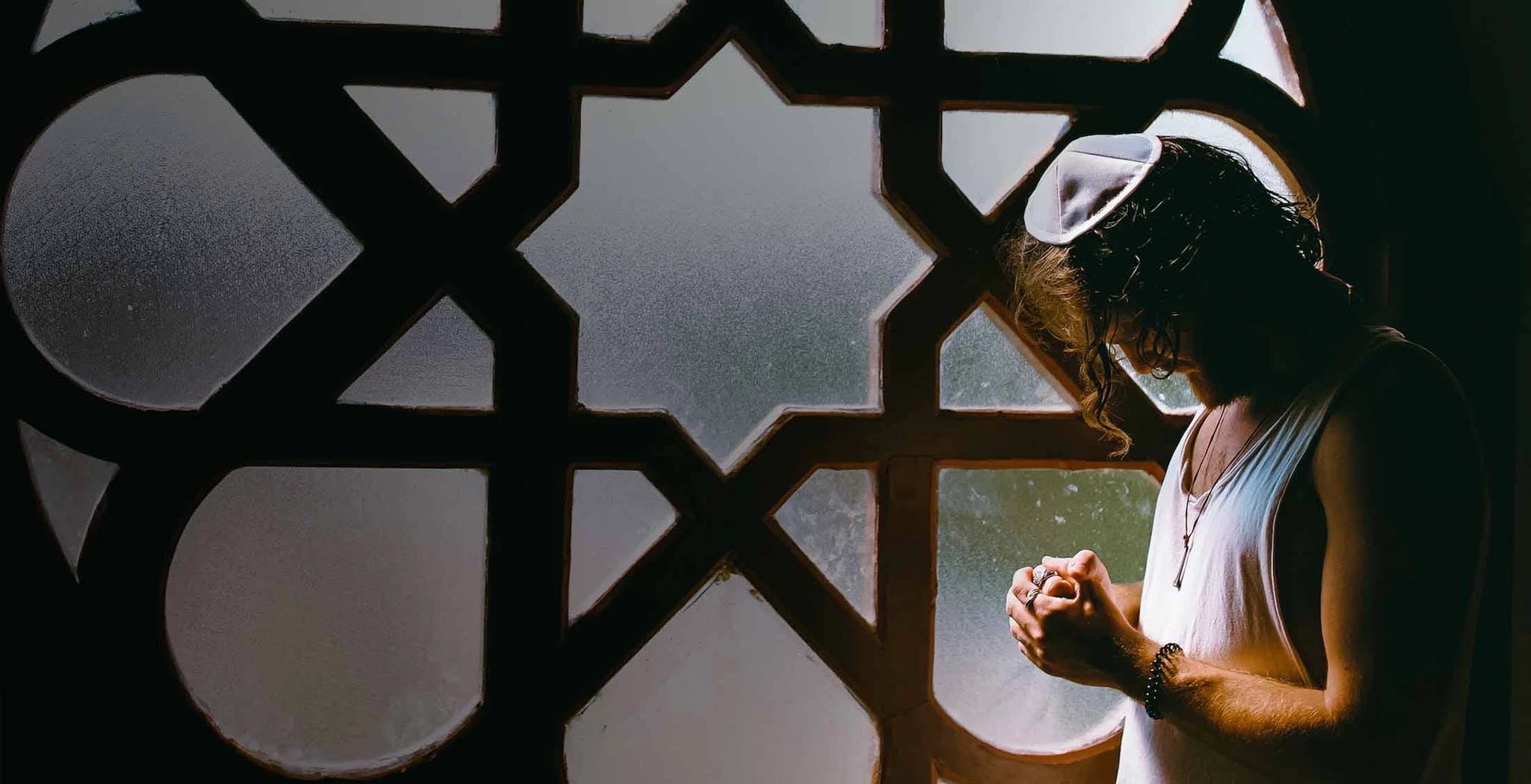 Let’s say a man walks into your synagogue on a Shabbat morning. He’s a total stranger, seems out of place, and, frankly, he looks a little lost. Finally, at the oneg, someone asks him how he came to attend the service.

He explains: “Well, I was adopted at a very young age. I was raised by a Gentile family, married a Gentile woman, and we have two sons. It wasn’t until I was an adult that I found out my biological parents were Jewish. I don’t really know anything about being Jewish. I never went to synagogue; my boys haven’t had a bar mitzvah. We’ve never even celebrated a Jewish holiday. I was just stopping by to see what you’re all about.”

Is there a cutoff, a distinct line where someone is no longer Jewish enough to identify as a Jew?

It’s not such a crazy story. In fact, it bears a striking resemblance to the stories of so many unaffiliated Jews in the twenty-first century who are grappling with their own ambiguous or diverse identities and communities, struggling to find where they fit in. How do we categorize someone who is Jewish by birth but has little or no Jewish identity? Is there a cutoff, a distinct line where someone is no longer Jewish enough to identify as a Jew?

“Identity” is one of the buzzwords I’ve heard most in Jewish circles – especially where I grew up in the Midwest. We were very focused on expressing and protecting our unique identity as Jews in what we perceived to be an increasingly assimilated world. Yet I sometimes wondered: is our preoccupation with identity misguided?

Moses himself was adopted – though not in the way most children are; he floated past Pharaoh’s daughter in a basket, and she picked him up out of the water and kept him. Though born an Israelite, after his mother weaned him, he was raised in a Gentile household and given an Egyptian name – Moses – likely replacing whatever Hebrew name his parents had given him.

The Bible does not actually tell us when or how Moses learned of his true heritage. But after he did, he began to empathize with the plight of his relatives. He was likely driven by guilt as much as zeal when he killed the cruel Egyptian taskmaster.

Yet even in this act of allegiance to his people, Moses was still not considered “one of the tribe.” In fact, the adopted royal was resented by his people. “He [the slave] retorted, ‘Who made you chief and ruler over us? Do you mean to kill me as you killed the Egyptian?’” (Exodus 2:14).

In a panic, Moses fled to the desert, finding refuge in Midian. When he assisted the daughters of Jethro, they introduced him to their father as an Egyptian: “An Egyptian rescued us from the shepherds” (Exodus 2:19, emphasis added).

The man who would one day lead the Jewish people to redemption and bring down the Torah from Sinai – a man who had just committed a murder to avenge his people’s desperate cries – chose not to reveal that he was a Hebrew. He actively identified as an Egyptian, and by all appearances – dress, speech, and manners – he was one.

That’s how he would have gone down in history if God had not intervened, calling out to Moses: “I am the God of your father, the God of Abraham, the God of Isaac, and the God of Jacob” (Exodus 3:6).

It was with this identity that Moses returned to Egypt and led his people out of slavery. Despite his attempt to run away, God drew Moses to Himself, not only to live as an Israelite but also to receive the Sinai covenant and author the Torah.

Like many today, Moses contended with identity issues. He faced an unwelcoming community and struggled to find his place of belonging.

Ultimately, it was God who enabled Moses to wrestle through his identity questions. The Egyptians, the Hebrews, the Midianites – none of them thought he was an Israelite.

Even Moses didn’t identify as a Hebrew. The only One who saw Moses as a Jew was God.

Even Moses didn’t identify as a Hebrew. The only One who saw Moses as a Jew was God, and God’s insistence that he take responsibility for his people is what allowed us to be brought out from Egypt.

The burning bush wasn’t the first (or last) time that a man from the nation of Israel had an encounter with God that revolutionized his identity. Abraham, of course, was taken out of Ur and given a new name by which to fulfill his destiny as father of the Jewish people. Jacob had to quite literally wrestle with God face-to-face in order to gain a new name and character. Even Joseph underwent a cultural transformation to become the savior of his people. In the Hebrew Scriptures, the textbook for Jewish identity, the definition of that identity always comes from God.

If Moses showed up at our congregation this Shabbat, would we be receptive? Would we welcome and include him in our community? Would we be guilty of turning away someone who is a part of B’nei Yisrael – one of those whom God has promised to restore?

Return to me,
and I will return to you

Our God says, “Return to me, and I will return to you” (Zechariah 1:3; Malachi 3:7). May we embrace the words of God written by Moses: “Even if you have been banished to the most distant land under the heavens, from there the LORD your God will gather you and bring you back” (Deuteronomy 30:4).

The following sources were used in the composition of this article:

A Comparison between Joseph and Jesus