Many think of it as blind belief without evidence. But true faith is not blind. 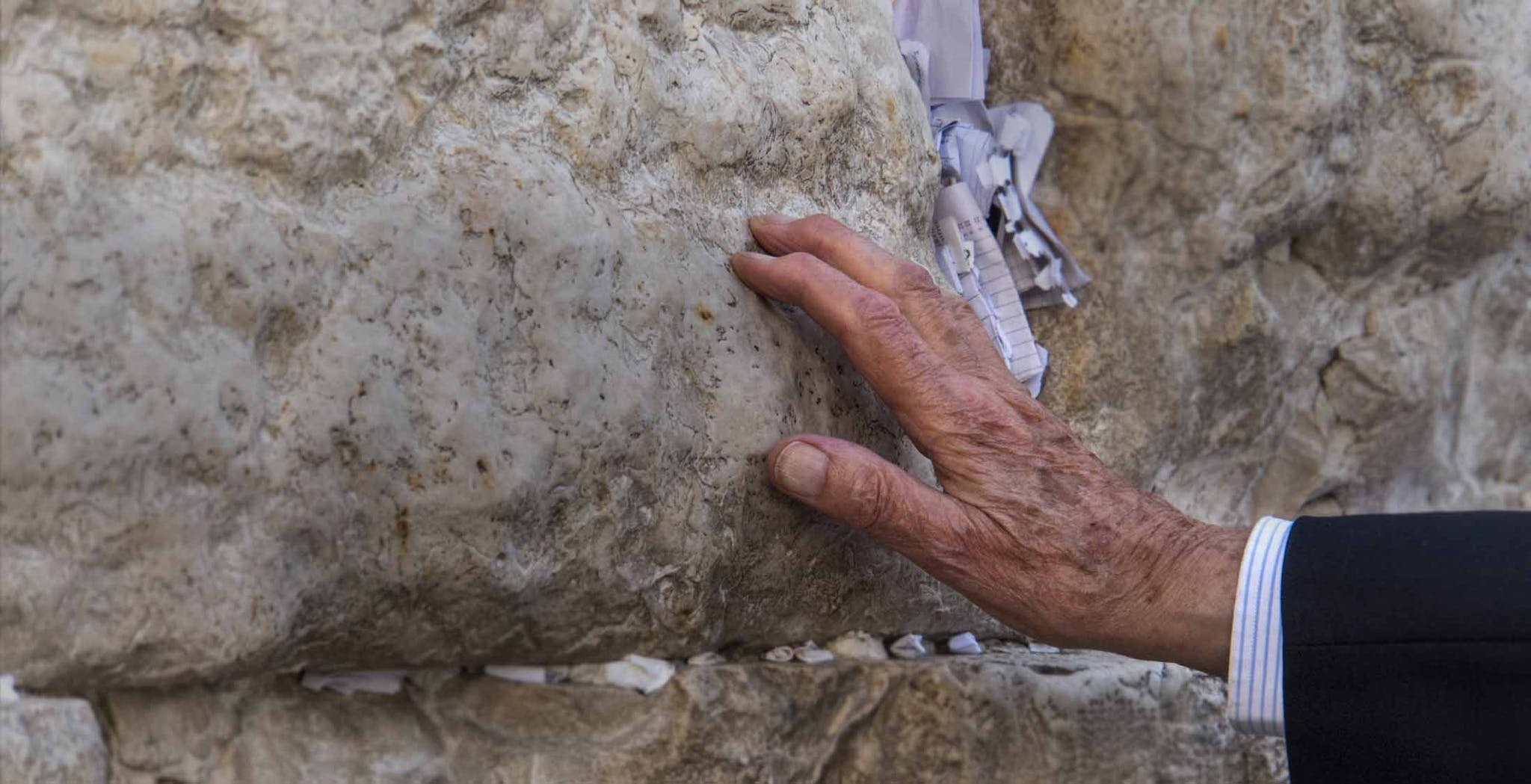 Faith has gotten a bad reputation. Many think of it as blind belief that people cling to without (or even contrary to) evidence—the antithesis of science, which uses a systematic approach to draw evidence-based conclusions. But true faith is not blind; in fact, it helps us see a different kind of evidence.

The Purpose of Faith

If you tried using a microscope to see the stars and a telescope to study bacteria, you could easily conclude that both are useless. But knowing that each instrument is meant to focus on very specific objects, you can appreciate the beauty, complexity, and value of both. You choose the instrument according to its purpose, and what you want to see. The same applies to faith. Its purpose is to show us what we can’t see through merely physical means.

Most people would find life unbearable if they had to give up belief in everything that can’t be proven through our five senses. We believe in the goodness of love, laughter, art, heroism, justice, mercy, integrity, and just being alive—yet physical evidence can’t prove the underlying goodness of anything. We believe some things are intrinsically good and right through eyes of faith.

Faith is much more than merely believing what physical evidence has failed to show. It’s looking through a different lens to “see” realities that, although invisible, make sense. That’s why Judaism welcomes skepticism, questioning, and examining our own beliefs with an open mind—it encourages us to reason before deciding what to believe.

Jewish people have a wide range of definitions or descriptions of our faith, ranging from the very traditional “13 Articles of Faith” handed down from Maimonides* to a humanistic viewpoint that doesn’t necessarily include God—and everything in between! For Messianic Jews, our faith in God is as specific as it was for Maimonides. We treasure the same gift of faith that we see in men and women of the Bible; like them, we want to live out our responses to who God is and what God promised.

Many people point to all that is wrong in the world as evidence that if God exists, He doesn’t deserve our trust. But the biblical narrative of Eve and Adam in Genesis 3 paints a very different picture. They were the first to distrust God—in Paradise, where there was literally nothing wrong! Though they had no reason to doubt Him, and despite God’s warning of dire consequences, they ate the forbidden fruit.

Adam and Eve’s choice was based on misplaced faith. They allowed a third party (the serpent) to persuade them that God was not trustworthy and did not have their best interests at heart. They put their faith in what the serpent said, and in what they believed the fruit would do for them. Most of all, they put their faith in their own ability to decide how to pursue their best life, even when that decision directly contradicted God.

Eve and Adam’s misplaced faith caused them to hide from God and be wrenched out of Paradise—and that same misplaced faith has caused permanent dysfunction in humanity’s ability to know and enjoy God.

The more we put our faith in people or things instead of God, the colder our hearts grow toward Him. It becomes natural to avoid Him consciously or unconsciously, because we know how we would respond to anyone who treats us with cold distrust, and we mistakenly assume that God is no different. Yet God is very different. His love flows from His character and worthiness, not ours. And He promises to win back people’s faith—restoring the joy and fulfillment of knowing Him that true faith produces.

God’s promises to restore humanity’s faith began on a small scale, with specific, key individuals, like Abraham, the patriarch of the Jewish people. God promised to make Abraham and his wife Sarah’s descendants a great nation that would bless the whole world—if Abraham would leave his hometown and move his family to a new country that God would show them.

Now the LORD said to Abram, “Go from your country and your kindred and your father’s house to the land that I will show you. And I will make of you a great nation, and I will bless you and make your name great, so that you will be a blessing. I will bless those who bless you, and him who dishonors you I will curse, and in you all the families of the earth shall be blessed.” (Genesis 12:1–3)

God was okay with the fact that Abraham’s faith was imperfect.

Abraham’s willingness to leave all that was familiar showed true and trusting faith—and God was okay with the fact that his faith was imperfect.

When God told Abraham that he and his 90-year-old wife, Sarah, would conceive a child, Abraham and Sarah had their doubts. Their story shows that faith is an ongoing process. Just because we believe (or disbelieve) something at one point doesn’t mean our minds will continue to accept or reject it. Doubt can challenge even our most well-reasoned or long-held beliefs. But doubt can also strengthen our faith when we respond to it with well-reasoned thought, as well as trust.

Abraham’s faith grew to where he still trusted God, even when asked to sacrifice his son, Isaac. We know that God provided a ram for the sacrifice instead. Every year at Rosh Hashanah, the reading from Genesis 22 reminds us that Abraham’s faith in God prevailed, even when strenuously tested. It also reminds us that if we have faith, God will provide whatever we need to satisfy His requirements.

The theme of faith woven throughout the Tanakh continues into the New Testament. The book of Hebrews offers a profound perspective: “Now faith is the assurance of things hoped for, the conviction of things not seen” (Hebrews 11:1).

Faith is far more substantial than a mere wish.

Another translation puts it like this: “Faith is the substance of things hoped for, the evidence of things not seen.” God is the object of the faith Hebrews describes. He is usually not seen—but through faith, we daily experience evidence of His reality in countless ways. Faith is far more substantial than a mere wish; faith has reason to hope in things that we can’t yet see. And we’re told a few verses later that without faith, it’s impossible to please God because “whoever would draw near to God must believe that he exists and that he rewards those who seek him” (v. 6). Once again, there’s the reminder that faith is about nearness, relationship, and mutual joy with God.

In story after story throughout the Bible, we see God continually looking for people who are willing to “walk by faith, not by sight” (2 Corinthians 5:7). Far from asking us to deny reality, God wants us to understand that there is more to reality than what we see. God wants us to trust Him to lead us to those places we can’t yet see, and that’s not always easy. But haven’t we all done things in life that weren’t easy, because we were pursuing something that was important to us? And if God is the source of all the best things in life that can’t be explained physically—things like lasting love, justice, mercy, and even meaning—what could be more important or valuable than a relationship with Him?

Imagine trekking through the Amazon jungle, and you come to a rope bridge spanning a 1,000-foot ravine. The bridge looks precarious, but you researched it before you got there. You know how it was built, how it is maintained, and how much weight it can hold. You conclude, “This thing looks fragile, but based on the facts, I believe it will hold me.” Does that belief mean you have faith in the bridge? Not really––it’s only theoretical until you take your first step. And in taking that step, you experience the proof that the bridge really can hold you. And every step will continue building your confidence.

Faith in God has that kind of cumulative effect. You examine the evidence, you reason, you come to the point where you believe, and then, if you want to draw near to God, you act on your belief by taking a leap of faith. When you land, you find yourself in a new position to be able to see even more evidence for what you had initially believed—evidence you never could have seen if you had not leapt.

Jesus bridges that spiritual ravine between God and us.

The bridge is a very practical metaphor; the Tanakh tells us that our sin (attitudes and actions that flow from our misplaced faith) separates us from God (Isaiah 59:2–3). As Messianic Jews, we believe Yeshua (Jesus) bridges that spiritual ravine between God and us. We see him as the righteous servant spoken by the Jewish prophets, especially in Isaiah, chapter 53. Just as the prophet described, Yeshua lived the life of perfect faith and trust in God that none of us can live. He took the penalty for all our misplaced faith (sin), sacrificing his own life as a graphic demonstration of how our misplaced faith destroys and separates us from God. And his resurrection was evidence that his sacrifice accomplished its goal—the power to restore us to a faithful and loving relationship with God.

This is the ultimate fulfillment of Abraham’s descendants blessing all the people of the world—because people of all nations can receive God’s forgiveness and come to Him in faith through Yeshua.

We all put our faith in something or someone for our ultimate joy and well-being, whether it’s faith in God, or in someone or something that we’ve substituted for God. Careers, family and friends, our own abilities, even high ideals, as wonderful as they may be, will all break under the weight of misplaced faith. Where is your faith?

If you are struggling to have faith in God, and find yourself with mixed feelings about Jesus, maybe it’s not belief you are struggling with, but trust. Life is hard, and faith does not necessarily make it any easier. But if you want to draw near to God, you can ask Him for help to put your faith in Him and His promises. Your story can take an amazing turn, as you take the path of faith to new challenges and new opportunities, where hurts are temporary, and hope is eternal.

*Maimonides wrote his “Thirteen Principles of Faith” in his introduction to the tenth chapter of Talmud Sanhedrin.