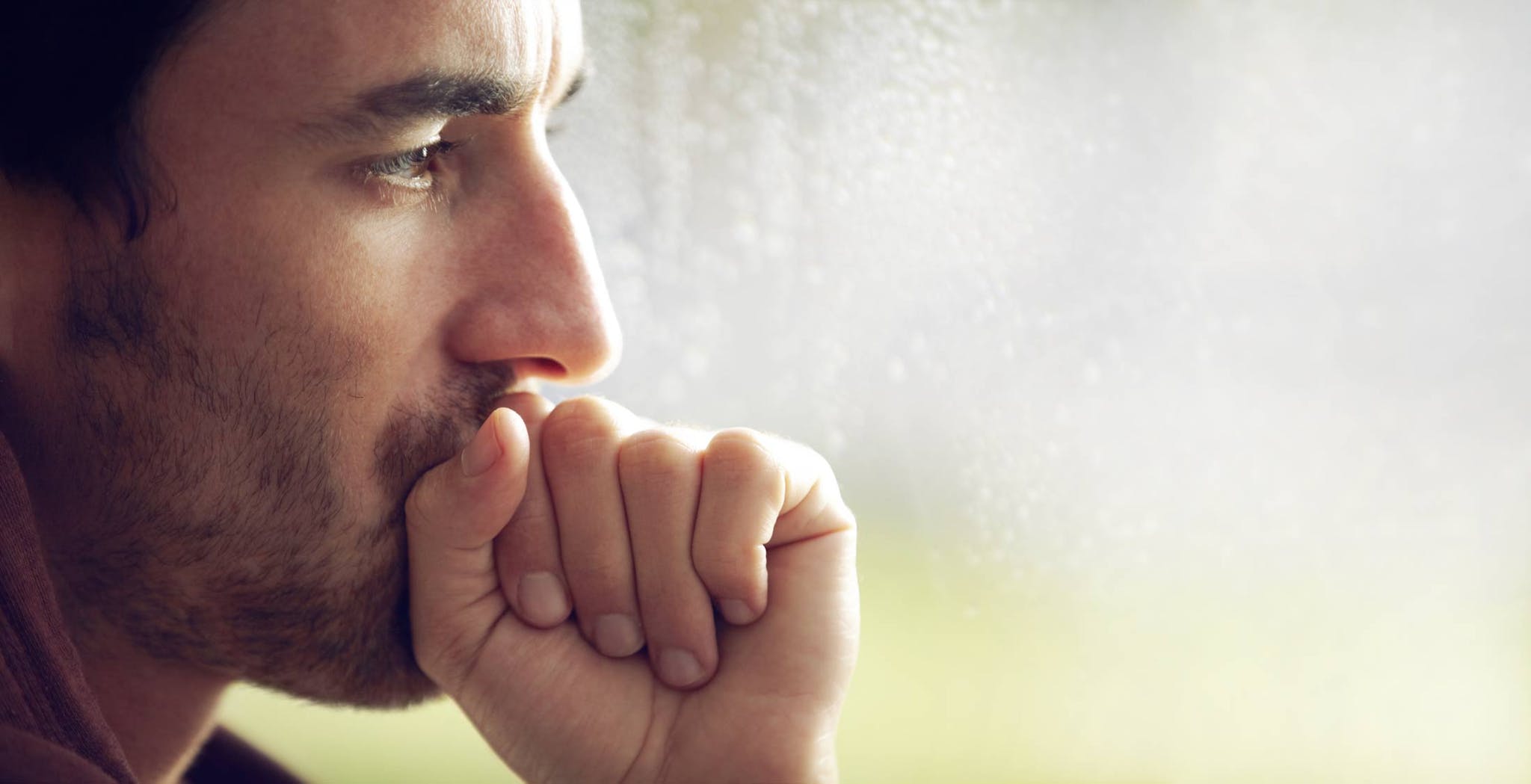 “Sin” means different things to different people. To some, it’s just an irrelevant term that religious people use to push a heavy, outdated sense of morality up a hill of self-righteousness. To others, the word evokes fear of punishment and a painful sense of never being “good enough.”

People’s ideas of what sin means are usually based on their particular experiences and context. But in the Bible, there is a comprehensive and timeless portrait of sin as a concept that is relevant to all people, across all cultures.

At first glance, the Genesis account of the first sin might appear to have limited relevance … meaning it’s mainly for religious people who take a certain view of the Bible. But regardless of one’s views of the Bible or religion, the following story reveals a painful dilemma that affects us all.

As the third chapter of Genesis opens in the Garden of Eden, “the serpent” is asking Eve, the first woman, about God’s restrictions concerning the fruit trees. She explains that only one tree is off limits, and the penalty for eating its fruit is death. The serpent immediately tells her that she has been misinformed, and that in addition to not causing death, the forbidden fruit will make her like God, knowing good and evil. Eve believes the serpent, and in her desire to be like God she rebels against Him, encouraging her husband to do likewise.

The Bible does not limit our understanding of sin to acts of immorality. There was nothing immoral about the fruit. It was the distrust of God and the disregard for His protective limits that made eating it a sin. So while sin sometimes finds expression in acts of immorality, it always defies or dismisses God’s integrity, authority, and in many cases, His existence. That’s why all sin is so offensive to God. Sin is any thought, word, or deed that essentially tells God, “I don’t need or accept your authority.”

Sin is rooted in a desire for independence from God. On the surface, that doesn’t sound like a bad thing—after all, good parents raise their children to be able to stand on their own. And we believe that God wants people to be free to think and choose and develop the intelligence and the moral fiber that He gave us. But when we dig a little deeper, the problem surfaces.

By nature, human beings simply are not independent. We need things like nutrition and water and shelter to survive physically—and we have spiritual needs as well. We need to connect with something or someone to know and affirm who we are. We need something or someone to put our hope and trust in. We need to know and experience what makes life worth living. We depend on such things because they make the difference between a meaningful life versus mere existence. When we ignore or disobey God, we do not become independent; we still have all these needs. We simply depend on a substitute god to meet them.

Eve’s problem was not her desire to be like God. God wants human beings to be like Him—why else did He make us in His image and give us authority over all other living things on the earth and in the sea (Genesis 1:26–28)? God wants human beings to succeed, and that success depends on being like Him—to some extent. Eve and Adam’s sin was not reaching for knowledge, but reaching for it in opposition to what God said. They believed the lie that human autonomy is both desirable and doable, and that to really be like God, they would have to disobey Him. It’s one thing to want to be like God by exemplifying His love and creativity as we exercise the authority He has delegated—that’s reaching our potential. But when we reject God’s wise boundaries, our desire to be like God is poisoned by a sinful desire to replace Him as the ultimate authority.

How would you relate to someone who had you confused with a dog, scratched you behind the ears, and offered you some kibble if you would just roll over? Most would find there is just no basis for a relationship unless or until that person was willing and able to understand that they are dealing with a human being. In the same way, we cannot have a relationship with God unless it is based on who and what He actually is. By rejecting God’s authority, we are rejecting one of the most foundational realities about who He is. And God will not conform to our ideas of who He is for the sake of having a relationship with us.

Sin makes us forget that who we are is inseparably bound up in who God created us to be. Trying to piece together our identity apart from God is like trying to put together a 10,000-piece jigsaw puzzle without a picture of what it should look like … and with half the pieces missing. Trying to find our identity based on our limited view of ourselves opens an endless, aching need for the very God we have rejected … and sentences us to forever search for ways to fill that need. And when we try to fill it with something or someone less than God, the image of God in us is shattered. We can still see fragments of His goodness in one another, but we also feel the sharp and broken edges caused by sin’s impact.

What is good and right gets trampled in a thousand different ways every moment of every day.

Billions of human beings are living out the consequences of their spiritual identity crisis—no wonder we are constantly subjecting ourselves and one another to delusion, disappointment, and damage. What is good and right gets trampled in a thousand different ways every moment of every day. The cry of our hearts, “This isn’t how it’s supposed to be!” is a continuous reminder that we were meant for something better. And yet, we can’t seem to help being part of the problem.

Sin produces fear of judgment and rejection, which results in hiding and blaming others.

It’s interesting that as soon as Eve and Adam sinned, they knew that they were naked and they were ashamed. Had they never previously noticed the breeze hitting their bare skin? How is it that the absence of clothing had never before been an issue? It seems they never felt the need to hide anything until they had sinned. Fear of judgment and rejection causes us to try to control what others can see or know about us.

The fear that sin produces also causes us to blame-shift, so that others might receive the judgment and rejection instead of us. When God asks Adam what he has done, Adam explains that Eve is the one who ate the fruit, and she gave it to him to eat. When God confronts Eve, she explains that the serpent deceived her, and that’s why she ate.

No sooner did we distrust God than we quickly began distrusting other people.

Sin doesn’t just produce fear, it produces a tendency to do the worst possible things about our fears: to run away, to hide, and to try to look innocent by focusing on someone else’s guilt. No sooner did we distrust God than we quickly began distrusting other people, even our loved ones … and the truth is, there are times when we don’t even trust ourselves.

What’s the solution to sin?

It’s always inspiring to see people who have failed in some area of life admit their failure, try harder, do better, and redeem themselves. But when it comes to sin, redeeming ourselves doesn’t work. The very nature of sin sabotages us as we measure what should or shouldn’t be according to our own standards and expectations, which are often unfulfilled and sometimes destructive. So the confusion, disappointment, and the gut-wrenching cycle of being hurt and hurting others continues. None of this gives us the leverage to redeem ourselves. We need to be redeemed.

God loves us and offers a way of redemption that breaks the toxic cycle of sin. He renews our minds so that we can see ourselves and others in a whole new way. It’s a redemption that replaces our desire to run from Him with a desire to run to Him; it enables us to consider His authority with gratitude instead of fear, and frees us to live and thrive as people who know we are forgiven and loved, and are so secure in God’s acceptance of us that we are able to forgive and love others like never before.

We believe that God’s redemption story begins to unfold in Genesis and continues through the Law and the Prophets—through the entire Tanakh really—and finds its culmination in the gospel and the redeeming work of Jesus the Messiah.

Our response to sin

We want to respond to our own sin as God invites us to: with repentance, in faith and gratitude for God’s solution, and a humble approach to others (Acts 3:19; 1 John I:9; Ephesians 4:32).

God calls us to love others as we love ourselves (Matthew 22:37-39). This includes great sorrow for the deceptive and destructive effects of sin in our world, compassion for those whom sin has deceived and dehumanized, and hope that they may receive the redemption that we have found in Messiah Yeshua.

What Proof Do You Have That Jesus is the Messiah?