Death: How Do We Respond?

God wants us to express our feelings in times of loss. 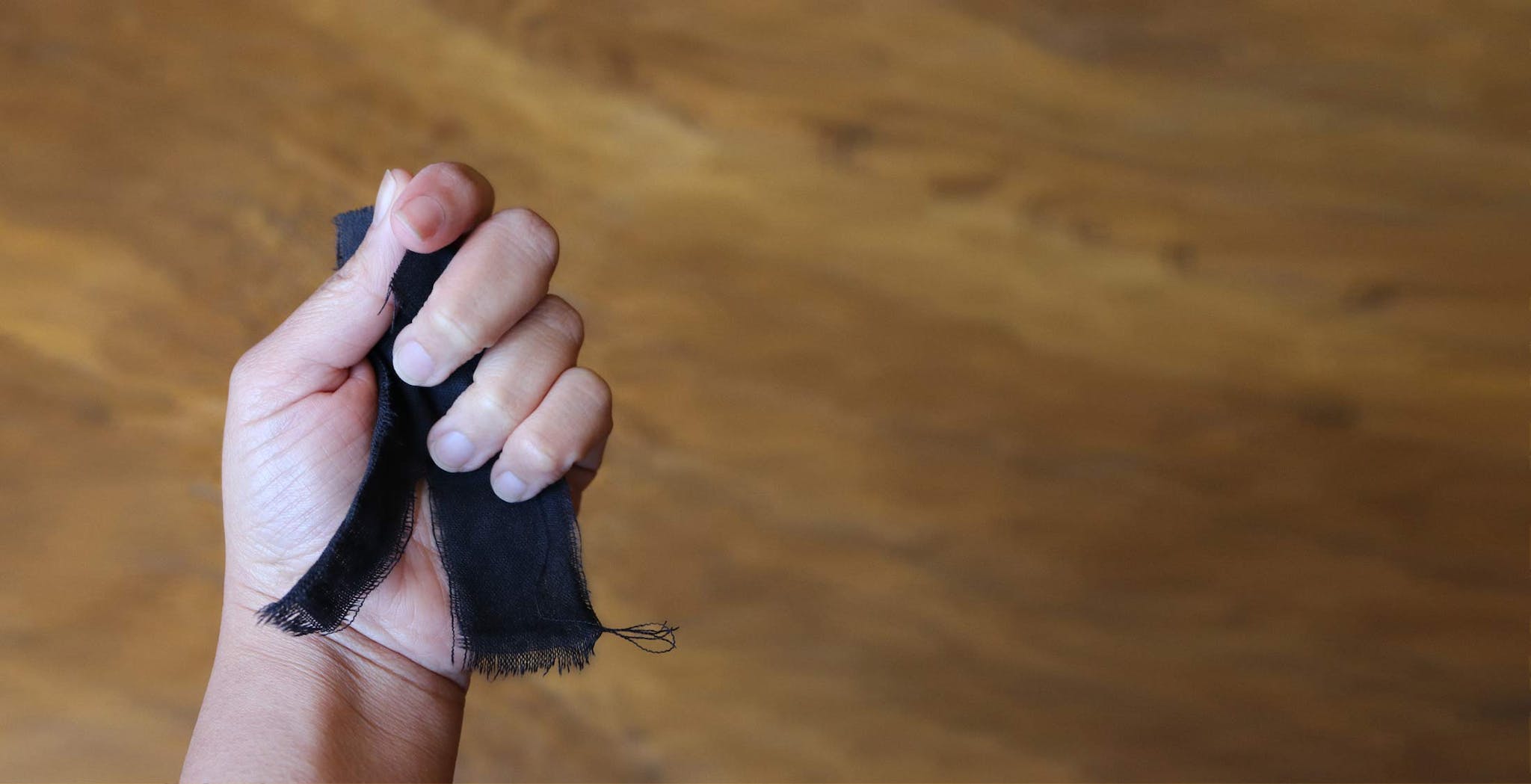 Certainly it is right to mourn, and we ought not feel guilty or ashamed to do so. We need look no further than the Book of Psalms to see that God encourages us to express our emotions in times of pain and loss. In the many “psalms of lamentation,” the psalmist releases feelings of despair, hopelessness, even anger. He often asks God, “Why me?”

The Book of Lamentations is just what its title says, an extended outpouring of grief. Often the grief has to do with the entire community. “God, why do you allow them to kill us?” Other times, as with King David and his son, the outpouring is more individual. As we read through the Psalms, we find not only encouragement to express our grief, but also the companionship of others who have grieved before us.

It Is Right to Hope Even as We Grieve

Scripture also reminds us that we are not a people without hope. In fact, we have every right to be hopeful. But it’s important to recognize that hope can, and often must, coexist with pain. Some misunderstand hope, especially when we know that our believing loved ones are with God. They reason that if we have this hope, we should not grieve. But it doesn’t work that way, because mourning has to do with our immediate loss, while hope has to do with our future gain.

We have God’s promise that one day pain will be wiped away. Until then, mourning exists alongside hope. We can see this most clearly in Jesus’ response to the death of Lazarus in John 11. Though he knew he was about to raise Lazarus from the grave, still “Jesus wept.”

When there is nothing to say, there is still weeping. And why did Jesus weep? Because, as the onlookers said, “See how he loved him!” The only way to avoid pain and grief is to avoid love, and that’s too high a price to pay. But it is possible to grieve with hope.

I f you are familiar with the stages of grief (often called the “grief cycle”), you know that anger is a natural part of our response to great loss. So it’s not surprising that those who grieve are often angry. Perhaps angry at God, perhaps just at what seems to be “the unfairness of it all.”

That anger sometimes expresses itself in the question, “Why?” Though that question may help people to process their grief, in the end it is probably not helpful to try to answer it. When Job suffered, his friends proffered many reasons for his pain, but the reason was hidden in the mystery of God’s ways.

Often when we cry out “why?”, we are not really looking for an answer. We are expressing that as far as we can tell, there can be no good reason for this suffering. That is how we feel in the moment, and few if any answers can offer comfort or help.

I was once at a Bible study center where a young man fresh out of seminary spoke on the topic of suffering. He was armed with a list of good reasons why God allows suffering. Though well-intentioned, he came across as a bit naive and possibly smug, as if he had the corner on understanding suffering and could help others accept it based on his study. He did not strike me as someone who had yet experienced the kind of pain he had come to teach us about.

The Trust That Tempers

I find it more helpful to remember that while I may not understand the why of pain and suffering, I know and trust the Who of my Creator and Redeemer. Trust tempers and (eventually) dissolves our anger so that it does not turn to bitterness.

In their book The Tapestry, Francis and Edith Schaeffer compared life to the kind of thickly-woven fabric for which the book was named. The back side of a tapestry?—?a seemingly disordered jumble of knots and colors?—?is how we see much of our world. From our vantage point, things seem random; as John Lennon famously sang, “Life is what happens while you’re busy making other plans.” Lennon was not a believer, but in all honesty, things do seem to happen randomly at times.

But turn the tapestry over, and a beautiful picture emerges. That is life as God sees it. Can we trust him that the tapestry of life has a side not yet known to us? As ugly as death and suffering are, ultimately God transforms them to a backdrop of something glorious?—?a future free from pain, complete triumph over sin and death, and an understanding of things we cannot yet begin to fathom.

Can we then trust God? In our pain, trust may not come easily. Thankfully, our future hope does not depend on our level of trust, but on God and his promises.

The Value of Solidarity

No one should grieve alone. The Jewish tradition of sitting shiva demonstrates how people can simply be present and help with practical matters like meals. There is no script to recite to a mourner. The fact is, if you are consoling someone who is grieving, your presence in solidarity with them will often say more than any words. Words may help at some point, but the first thing is often simply to be there.

A unique example of solidarity in silence was reported by The New York Times, (bit.ly/jfjtattoos) which told how numerous young people in Israel had their arms tattooed with the concentration camp numbers of their grandparents. Though upsetting to the survivors at first, many wept to know that their grandchildren did this as a way of keeping the memory alive. Solidarity without words.

It is Right to Remember

Proverbs 10:7 provides the phrase universally used in Judaism to refer to a departed one: “The memory of the righteous will be a blessing.” About the woman who anointed Jesus, it was said: “Wherever the gospel is preached throughout the world, what she has done will also be told, in memory of her” (Matthew 26:13; Mark 14:9). Indeed, though Yeshua rose from the dead, he told his disciples at the Last Supper to “do this in remembrance of me” (Luke 22:19; 1 Corinthians 11:24–25).

When the time comes for words, it is helpful to speak to the mourners about your memories of the departed, what he or she meant to you. Keeping the memory alive helps in processing grief and in healing.

Among our Jewish people, burial has been the traditional way of treating the body of the deceased. Though I don’t believe the Bible forbids other methods such as cremation, burial was the normal pattern in the Scriptures. It reminds us not only that someone has passed, but that they were born and created, as it says about Adam, “from the dust of the earth.” A burial site also provides a personal way to memorialize someone’s life in brief on a plaque or headstone, as well as a place of remembrance to return to in the future.

Tradition can enable us to move forward by specifying what to do in times of confusion and conflict. Its structure can be a steady rock in tumultuous times, and that certainly applies to times of mourning our loved ones. Traditionally, a burial society or chevra kaddisha existed in each Jewish community to offer assistance with burial and related matters. Such help from the community can still lift a tremendous burden from those who are already weighted down with grief. Those who are interested in forming such societies in Messianic communities would be doing a great service. We might want to use some existing traditions, but we might also want to create new ones.

The practice of sitting shiva was mentioned briefly above. Shiva means “seven,” though not all who participate will sit with the bereaved family for a full week after the funeral. During this time, the family traditionally does not wear leather shoes, puts on no makeup, and covers all mirrors in the house since mourners should neither have to worry about their appearance nor be tempted to vanity.

Another tradition is for mourners to recite the well-known prayer, Kaddish, every day for eleven months following the death of a parent, or 30 days for other family members. This prayer simply consists of praise to God. Kaddish is a way of remembering, and is very important to many Jews who want to be sure that someone will be around “to say Kaddish for them.”

Eleven months after the burial (often 30 days in Israel) comes the hakamat matzevah, the unveiling of the tombstone. This adds to the remembrance of loved ones with inscriptions of the name of the deceased, dates of birth and death, and other memorable information. Another traditional remembrance is for visitors to leave small pebbles on the tombstone. There are numerous explanations for this, mainly having to do with a way for others to mark the memory of the deceased.

On each annual anniversary of the passing, called the yahrzeit, it is traditional for mourners to light a 24-hour candle. And finally, mourners join the congregation in the Yizkor prayer recited at Passover, Shavuot, Yom Kippur and Sukkot. You may choose to practice some, all or none of these traditions, or to practice modified versions of them.

Whatever your choice, remember that traditions can help us to grieve in solidarity (shiva) and to praise God together (Kaddish) in the midst of difficulty.

I n this world, eventually grief becomes a constant companion. But followers of Yeshua also have a hope, indeed a comfort, that is nothing short of transcendent.

It’s common for secular Jews to say things like: “I don’t know what happens after death, I’ll find out” or “We live on in our achievements, or in the memory of others.” Or even, “We prefer to think about life here and now, not after death. Judaism is about how to live in this world.” But when push comes to shove, these sentiments offer little hope or comfort. Mortality mocks us if it is the final word.

The apostle Paul encourages us to not be like those who have no hope. As believers, our hope springs from the promise of resurrection. This doesn’t mean that we are to stifle our emotions; recall that even Jesus didn’t tell people to chill out when Lazarus died but wept along with the others. Still, the hope we have is not an emotion, but rather an understanding that God will undo the painful effects of this fallen world. 1 Corinthians 15 is the quintessential chapter of hope in the resurrection.

For this reason, believers can comfort one another in a way the world cannot.