5 Prophecies That Yeshua Fulfilled at Passover

Jesus fulfilled many prophecies during Passover and many of these are connected with the holiday. 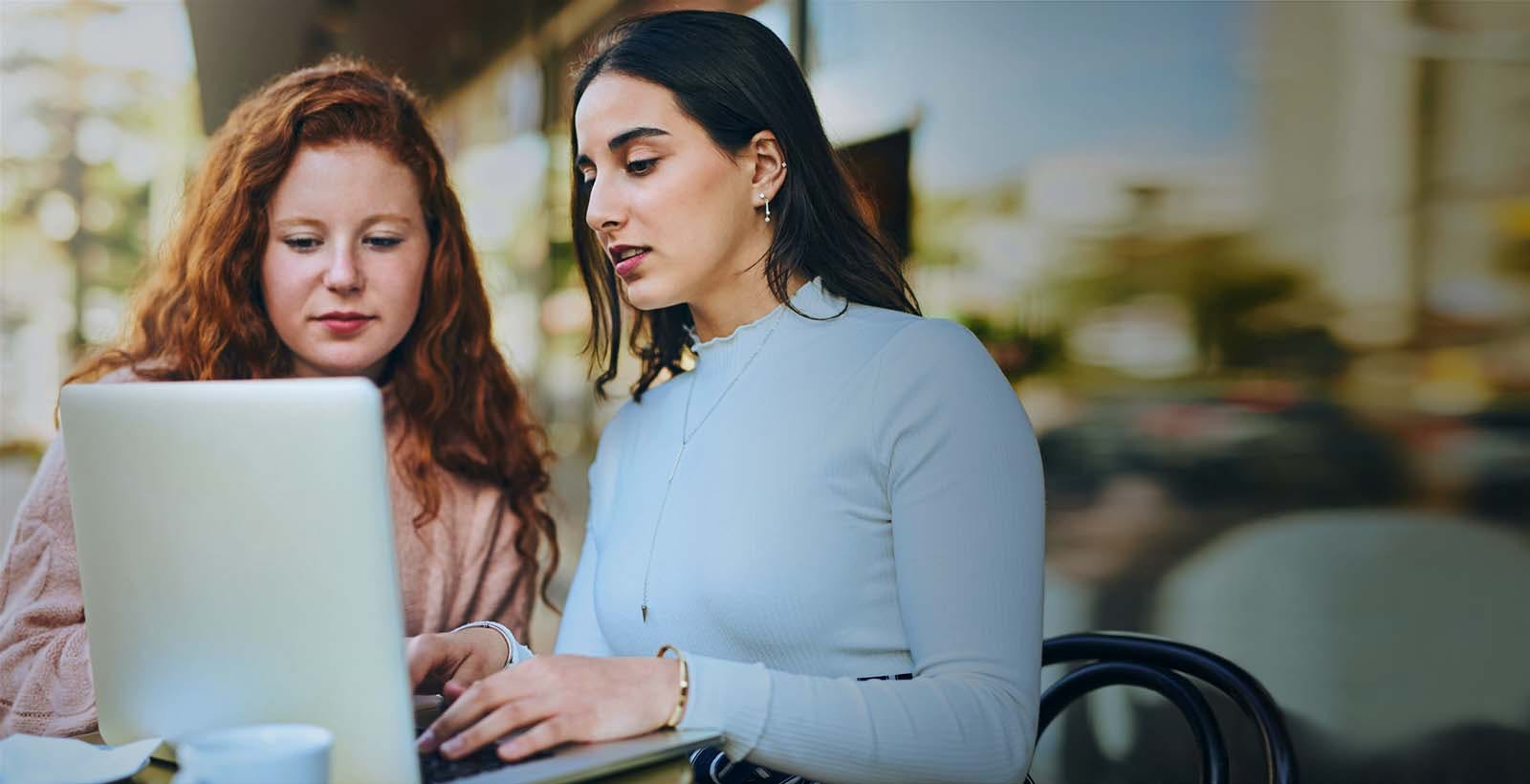 Yeshua fulfilled dozens of messianic prophecies over the course of his life. He was born in Bethlehem, came from the line of David, healed the sick and blind, raised the dead, and even arrived at exactly the right point in history. Many of the prophecies that he fulfilled happened during Passover, giving this already significant holiday an even deeper meaning to anyone who wishes to investigate for themselves. Here are five:

1. The Passover lamb foreshadowed the Messiah.

“The animals you choose must be year-old males without defect, and you may take them from the sheep or the goats. Take care of them until the fourteenth day of the month, when all the members of the community of Israel must slaughter them at twilight. Then they are to take some of the blood and put it on the sides and tops of the doorframes of the houses where they eat the lambs” (Exodus 12:1–51 NIV).

“You know that you were redeemed … with precious blood like that of a lamb without defect or spot, the blood of Messiah” (1 Peter 1:18–19 TLV).

Just like the Passover lamb, Yeshua was without defect (sin). This is why he could make atonement with his death and resurrection in a way that no lamb or imperfect human intercessor ever could. The lamb’s blood was a covenant—an agreement and a sign between God and those who used it that the blood would protect them. In the same way that the blood covered our ancestors from the wrath of God, Yeshua’s sacrifice offers the same covering. In fact, he instituted the renewed covenant promised to the Jewish people with a cup representing his blood (Jeremiah 31:31–34; Luke 22:10).

2. David described Yeshua’s death (in detail) one thousand years before it happened.

“My God, my God, why have You forsaken me? … All who see me mock me. They curl their lips, shaking their heads: ‘Rely on Adonai! Let Him deliver him! Let Him rescue him—since he delights in Him!’… I am poured out like water, and all my bones are disjointed. My heart is like wax—melting within my innards. They pierced my hands and my feet. I can count all my bones. They stare, they gape at me. They divide my clothes among them, and cast lots for my garment” (Psalm 22:2, 8–9, 15–19 TLV).

“In the same way the chief priests, the teachers of the law and the elders mocked him. ‘He saved others,’ they said, ‘but he can’t save himself! He’s the king of Israel! Let him come down now from the cross, and we will believe in him. He trusts in God. Let God rescue him now if he wants him, for he said, “I am the Son of God.”’… About three in the afternoon Jesus cried out in a loud voice, ‘Eli, Eli, lema sabachthani?’ (which means ‘My God, my God, why have you forsaken me?’)” (Matthew 27:41–43, 46 NIV).

“When the soldiers had nailed Yeshua to the stake, they took his clothes and divided them into four shares, a share for each soldier, with the under-robe left over. Now the under-robe was seamless, woven in one piece from top to bottom; so they said to one another, ‘We shouldn’t tear it in pieces; let’s draw for it.’… After this, knowing that all things had accomplished their purpose, Yeshua, in order to fulfill the words of the Tanakh, said, ‘I’m thirsty.’ A jar full of cheap sour wine was there; so they soaked a sponge in the wine, coated it with oregano leaves and held it up to his mouth.… One of the soldiers stabbed his side with a spear, and at once blood and water flowed out” (John 19:23–24, 28–29, 34 CJB).

David experienced a lot of challenges and persecution in his lifetime, and in Psalm 22, it seems as though he’s writing about himself. However, this description of a tortuous execution doesn’t fit any event in David’s life. It reads much more like a prophetic and strikingly accurate foreshadowing of the future suffering of David’s descendant, the Messiah. David describes being forsaken by God, being mocked by bystanders, being handed over to the mercy of God, experiencing intense thirst, his hands and feet being pierced, being poured out like water, and his garments being divided up and gambled for.

Yeshua’s final words echo the end of the Psalm itself: It is finished.

Perhaps the most startling imagery with connection to the crucifixion is the piercing of the hands and feet. These verses are hotly contested, as the oldest available versions of the Hebrew text seem to use the word k’ari (like a lion), making it say, “like a lion, my hands and feet.” From a textual critic’s perspective, this makes no sense. For the Greek Septuagint translation, the original Hebrew word was interpreted to be ka’aru (pierced) instead, which makes much more sense. Therefore, we can safely assume that David was indeed depicting a crucifixion.

Psalm 22 can be applied to what would happen to his descendant Jesus in his execution during the week of Passover. He died, with his hands and feet pierced, and cried out to God with the exact same words David used in his psalm. He was mocked, and those ridiculing him taunted him with the words, “Let God come and rescue him.” While affixed to the cross, Yeshua expressed his intense thirst, again mirroring the words of David. The soldiers divided his clothes into four shares and gambled for them. After he died, a soldier pierced his side and water flowed out of the wound. Yeshua’s final words echo the end of the Psalm itself: “It is finished” (Psalm 22:31; John 19:30).

3. The Messiah would bear our sins and suffer silently in our place.

“But he was wounded because of our crimes, crushed because of our sins; the disciplining that makes us whole fell on him, and by his bruises we are healed. We all, like sheep, went astray; we turned, each one, to his own way; yet Adonai laid on him the guilt of all of us. Though mistreated, he was submissive—he did not open his mouth. Like a lamb led to be slaughtered, like a sheep silent before its shearers, he did not open his mouth” (Isaiah 53:5–7 CJB).

“And while He was accused by the ruling kohanim and elders, He did not answer. Then Pilate said to Him, ‘Don’t You hear how many things they testify against you?’ Yeshua did not answer, not even one word, so the governor was greatly amazed” (Matthew 27:12–14 TLV).

“The curtain of the temple was torn in two from top to bottom. And when the centurion, who stood there in front of Jesus, saw how he died, he said, ‘Surely this man was the Son of God!’” (Mark 15:38–39 NIV).

Long ago, the prophet Isaiah described a Messiah who would suffer on behalf of his people. This also has been widely discussed in Jewish and Christian circles. Was the prophecy referring to the Messiah or to Israel? The short answer is both, but the question remains, How can Israel atone for Israel? This prophecy makes more sense if we read it as painting a picture of an atoning Messiah. Isaiah describes a man who will be wounded because of our sins and will carry the weight of our iniquity. He also wrote that he will not open his mouth to defend himself.

Yeshua’s atoning sacrifice made it possible to approach God without a barrier.

When Yeshua found himself on trial, he made no defense for himself, much to the astonishment of the Roman governor. No matter how ridiculous the charge was, Yeshua humbly and willingly submitted to the judgment. Immediately after he died, there was a report that the parokhet (the curtain separating the Holy of Holies from the rest of the Temple) ripped in two from top to bottom. Previously, only the High Priest could enter and see what was behind that curtain. There, he would make intercession for the people. The sudden rending of this curtain would have been a shocking thing to happen at any time, but because it happened at the holy time of Passover, it was likely perceived as an omen of some kind. While many may not have been able to interpret it then, God was demonstrating that Yeshua’s atoning sacrifice made it possible to approach Him without a barrier.

4. The Messiah would come riding on a donkey.

“Rejoice greatly, O daughter of Zion! Shout aloud, O daughter of Jerusalem! Behold, your king is coming to you; righteous and having salvation is he, humble and mounted on a donkey, on a colt, the foal of a donkey” (Zechariah 9:9 ESV).

“As they approached Jerusalem and came to Bethphage on the Mount of Olives, Jesus sent two disciples, saying to them, ‘Go to the village ahead of you, and at once you will find a donkey tied there, with her colt by her. Untie them and bring them to me. If anyone says anything to you, say that the Lord needs them, and he will send them right away.’ This took place to fulfill what was spoken through the prophet: ‘Say to Daughter Zion, “See, your king comes to you, gentle and riding on a donkey, and on a colt, the foal of a donkey”’” (Matthew 21:1–5 NIV).

Zechariah predicted that the Messiah would be recognized by arriving in the holy city of Jerusalem on a donkey. Five days before Passover began, on the day that the lambs were selected for sacrifice, Yeshua rode into Jerusalem on a donkey. Joyful crowds greeted him, throwing their coats on the road and waving palm branches in praise. They recognized the fulfillment of Zechariah’s prophecy and heralded Yeshua as the anointed king Messiah.

5. The Messiah would be resurrected.

“You can be sure that the patriarch David wasn’t referring to himself, for he died and was buried, and his tomb is still here among us.… David was looking into the future and speaking of the Messiah’s resurrection. He was saying that God would not leave him among the dead or allow his body to rot in the grave. God raised Jesus from the dead, and we are all witnesses of this” (Acts 2:29, 31–32 NLT).

David wrote that God would not allow his Holy One to see decay. In the original context of Psalms, that could sound like he was simply expressing how God would elongate his life. But as Peter points out, David did eventually succumb to death, and his body lay nearby. So who would be impervious to the effects of death altogether?

After witnessing (along with many others) the resurrection of Yeshua three days after his death at Passover, Peter points to David’s words and proclaims that Yeshua was the Holy One, the anointed one of God who would not be overcome by death. As David’s descendant, Yeshua embodied the Psalm’s prophetic power and offered the ancient hope we have in an inheritance of eternal life.

In all these prophecies, we see that Yeshua fulfilled the biblical expectations and foreshadowing of what the Messiah would do: he was a willing sacrifice, a suffering servant, who came peacefully, was crucified, and was resurrected from the dead. In doing this during the holiday of Passover, when we remember God’s faithfulness to deliver us from bondage, Yeshua added even greater significance to this festival. If the implications of these claims are true, we have the opportunity to not only celebrate our redemption from slavery, but reconciliation with God through Messiah Yeshua.

Note: Boldface phrases within Scripture were added by the article’s author for emphasis.

Four Ways to Reimagine Your Passover

Was Jesus’ Last Supper During Passover?