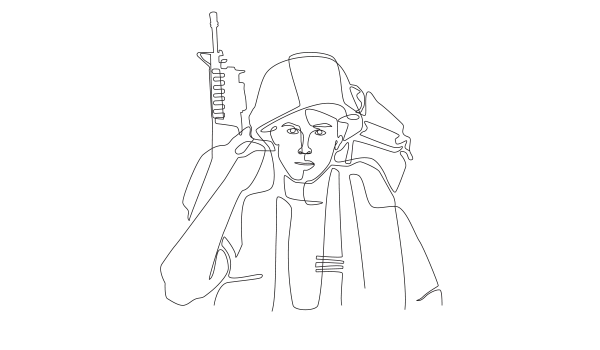 Purpose of the Yom Yerushalayim

To celebrate Israel’s reclamation of East Jerusalem and the Old City after the Six-Day War of 1967. Although less important than Yom Ha-Atzmaut (Israel Independence Day), Yom Yerushalayim is an occasion for patriotic and religious celebrations, which culminate in the March of Flags in Jerusalem.

Yom Yerushalayim was established in modern times by the Israeli government to celebrate Israel’s re-conquest of Jerusalem after the Six-Day War.

Although Yom Yerushalayim is a relatively recent addition to the Jewish calendar, Jerusalem has long held a special place in the hearts of the Jewish people. The ancient city became the center of Jewish life when King Solomon built the First Temple there. Through successive centuries the city has been plundered by a number of enemy forces; conquests of the city have been made by the Persians (who destroyed the First Temple), Greeks, Romans (who destroyed the Second Temple), Arab Muslims, Crusaders, Turks and British, to name just a few.

However, Yom Yerushalayim specifically celebrates Israel’s re-conquest of Jerusalem from Transjordan (modern-day Jordan), which had seized East Jerusalem and the Old City during the Arab-Israeli War in the late 1940s. Although Israel made significant territorial gains during that war, Transjordan seized most of Jerusalem, including the Old City, from which Jewish inhabitants were expelled. Jews were relegated to a sparsely settled region of West Jerusalem, engulfed by hostile neighbors on almost all sides.

This situation persisted for the next seventeen years. The Jordanian government imposed various restrictions preventing Jews from visiting the holy sites and synagogues of Old Jerusalem, many of which it deliberately damaged and destroyed.

Hostilities flared up once more on June 5, 1967, when Jordan seized the UN headquarters and attempted “to break through from there to the south of the city.” Shelling of Jewish areas of Jerusalem followed, to which Israel responded with a valiant and effective counterattack. On Wednesday, June 7, Israel retook the Old City. Efforts to rebuild ruined synagogues and structures commenced and Jerusalem became a majority-Jewish multiethnic city once more.

Although the existence and continuation of Israel is now accepted as fact, the Six-Day War took place at a time when the country’s prospects seemed grim. Arab hostility towards Israel was mounting. In the face of a credible possibility that foreign enemies would dissolve the newly formed nation, Israel defended itself and then some. Israel’s largely bloodless victory during the Six-Day War is considered by many to be something of a miracle, and the unification of Jerusalem—including the restoration of its holy sites—is a milestone in Israeli history.

How Yom Yerushalayim Is Observed

Not all Jews celebrate Yom Yerushalayim, and celebrations of the holiday are mainly confined to Israel, although some American synagogues commemorate the holiday. Younger, secular Israelis in particular have tended to shun Yom Yerushalayim, which invokes a history of militancy and nationalism that many liberal Jews shy away from. Those who observe Yom Yerushalayim do so through patriotic displays, such as participation in Jerusalem’s March of Flags, and synagogue readings of the Hallel (see below).

Many congregations ring in the holiday with a celebratory Hallel, a service in which Psalms 113-118 are recited. These psalms of praise include a remembrance of the Lord’s deliverance of Israel out of the land of Egypt (Psalm 114) and an imprecatory psalm by King David with resonance for modern Israelis:

All nations compassed me about: but in the name of the LORD will I destroy them.

They compassed me about like bees: they are quenched as the fire of thorns: for in the name of the LORD I will destroy them.

Thou hast thrust sore at me that I might fall: but the LORD helped me.

The LORD is my strength and song, and is become my salvation.

In Israel, Jerusalemites and Jewish pilgrims take to the streets of Jerusalem bearing the Israeli flag. This parade, called the March of Flags, has no comparable American equivalent, but the holiday includes familiar patriotic habits of chanting, flag bearing and revelry. It also has unfortunately been tainted by association with a minority of extreme nationalists and anti-Arab rabble-rousers, which has led many Jews to eschew the holiday altogether. The March of Flags terminates at the Western Wall, a place of prayer from which Jews had previously been barred by the Jordanian government and one of the holiest sites in modern Judaism, as it is the only remaining wall of the Herodian Second Temple. The Western Wall is a potent symbol for many Jews—it is the heart of the Jewish cultural imagery.

The words of Defense Minister Moshe Dayan on June 7, 1967, are often invoked on Yom Yerushalayim:

This morning, the Israel Defense Forces liberated Jerusalem. We have united Jerusalem, the divided capital of Israel. We have returned to the holiest of our holy places, never to part from it again.

To our Arab neighbors we extend, also at this hour—and with added emphasis at this hour—our hand in peace. And to our Christian and Muslim fellow citizens, we solemnly promise full religious freedom and rights. We did not come to Jerusalem for the sake of other people’s holy places, and not to interfere with the adherents of other faiths, but in order to safeguard its entirety, and to live there together with others, in unity.