The Assembly of the Eighth Day 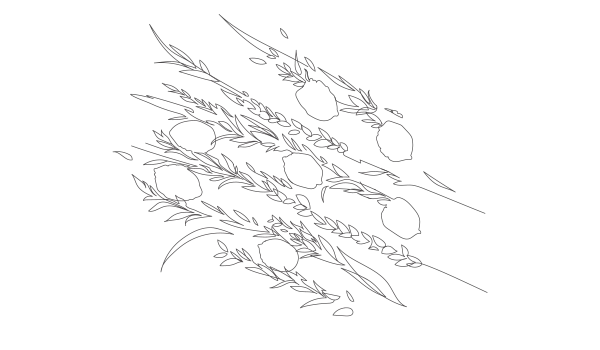 Shemini Atzeret, the eighth day immediately after the seven days of Sukkot, is commonly thought to be part of Sukkot, but it is a holiday in its own right that does not involve the special observances of Sukkot. In modern times, Simchat Torah—a holiday that emerged in the Middle Ages—has largely eclipsed Shemini Atzeret, with which it coincides in Israel. In the Diaspora, Simchat Torah follows Shemini Atzeret by one day). Its purpose, however, is not clearly spelled out in Scripture, and the meaning of the holiday evolved over time, as shown in the following section.

After He ordains the seven-day feast of Sukkot, the Lord tells Moses: “On the eighth day you shall have a solemn assembly. You shall not do any ordinary work” (Numbers 29:35, also Leviticus 23:36). This eighth day of “solemn assembly” came to be called Shemini Atzeret. The vagueness of the commandment and the question of the nature of this “solemn assembly” led rabbis to constantly revisit the issue of how we should celebrate Shemini Atzeret. The question of Shemini Atzeret’s meaning was particularly pressing in light of the destruction of the Second Temple. Since the offering of sacrifices was no longer possible (which God mandated for this eighth day of solemn assembly), Shemini Atzeret was distinguished by little other than an added prayer for rain and cessation from work. It appears that during the exilic periods the exact prescriptions for Shemini Atzeret were never entirely clear. Was Shemini Atzeret distinct from the festival Sukkot or merely a concluding day of Sukkot? Was one obligated to live in the sukkah during Shemini Atzeret, too? Does one recite the same benedictions over the sukkah and over the season? All these questions are dealt with at length in the Talmud. Tractate Sukkot of the Talmud tells us: “That one must dwell [in the Sukkah on the eighth day] is agreed by all; they only differ on the question of the benediction” (Sukkot 46b–47a). But then we read: “There are some who say that the ruling that one must not recite the benediction [of the Sukkah] is agreed upon by both, and that they only differ on the question whether one must sit [in the Sukkah]” (Sukkot 47a). The discussion of Shemini Atzeret concludes with the following statement:

The tradition that Shemini Atzeret is in fact a separate holiday, as argued by Rabbi Nahman, became commonplace. Various Jewish commentators since then have offered interpretations of the holiday. One of the most famous comes from medieval French Ashkenazi rabbi Rashi, who explains the origin of Shemini Atzeret in his commentary on Leviticus 23:36: [i.e., God says to Israel,] “I have detained you [to remain] with Me.” This is analogous to a king who invited his sons to feast with him for a certain number of days, and when the time came for them to leave, he said: “My sons! Please, stay with me just one more day, [for] it is difficult for me to part with you!”

How Shemini Atzeret Is Observed

An additional prayer for rain is inserted into the Amidah prayer on Shemini Atzeret, which falls at the start of Israel’s rainy season. Other than that, Shemini Atzeret has no unique observances other than the cessation of work.

In Israel, Shemini Atzeret and Simchat Torah fall on the same day and are more or less identical, so the readings are the same, as dictated in the Talmud:

The entire Book of Ecclesiastes is often read on Shemini Atzeret (depending on when Shabbat falls during Sukkot; sometimes it may be read earlier). The message of Ecclesiastes is appropriate for an autumnal festival like Sukkot, given its many metaphors of planting and harvest. It’s a fitting reminder in seasons of harvest that we are subject to the forces of time and decay, just like the crops we plant.

On Shemini Atzeret, the sukkah at last is disassembled. Some families preserve the lulav or Sukkot fronds to burn in the oven later in the year during Passover for the making of matzah.

As with many Jewish holidays, Shemini Atzeret’s main significance disappeared with the destruction of the Second Temple and the cessation of sacrifice. As Jewish believers in Jesus, we are reminded at this time of year of the necessity for an atoning sacrifice provided through God’s Messiah, Yeshua. The prayer for rain also brings to mind that on the last day of Sukkot, Yeshua said, “If anyone thirsts, let him come to me and drink. Whoever believes in me, as the Scripture has said, ‘Out of his heart will flow rivers of living water’” (John 7:37-38).