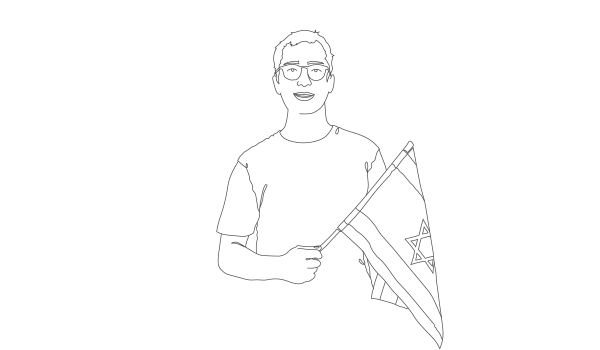 Yom HaAtzma’ut, or Israeli Independence Day, is commemorated each year on the fifth day of the Hebrew month of Iyyar. This day marks the end of the British Mandate and the official formation of the State of Israel in 1948. Jewish sovereignty over the ancient homeland enabled Jewish people to return to Israel from the four corners of the world, as the Bible predicted they would.

The modern state of Israel consists of Jews from hundreds of nations and as many different backgrounds and languages. Yet a distinct Israeli Jewish culture and style has emerged as demonstrated by the use of Hebrew as a common language.

Yom HaAtzma’ut (pronounced ‘ahtzma-oot‘) or Israeli Independence Day, is a national holiday in Israel commemorating the signing of Israel’s Declaration of Independence. The document, officially dated to coincide with the termination of the British Mandate on May 15, 1948, was proclaimed by the Israeli government on the fourteenth because the fifteenth was a Sabbath day.

Israel’s Declaration of Independence concludes with a clause testifying to her trust in God:

With trust in the Almighty we set our hands to this Declaration at this session of the Provisional State Council on the soil of the Homeland in the City of Tel Aviv on the Sabbath Eve on the Fifth of Iyar 5708, the fourteenth of May, 1948.

War immediately broke out upon Israel’s Declaration of Independence as Arab neighbors began a collective assault on the nascent state. The Arab-Israeli War was a violent and bloody struggle; mass displacements took place. Ultimately, Israel came out of the war an intact nation and has continued to exist, albeit with recurring changes of national boundaries and frequent border conflict, to this day.

Believers in God and in his Word recognize God’s promise to Abraham concerning the Land. (In Genesis 12:7 we read, “And the LORD appeared unto Abram, and said, Unto thy seed will I give this land…”) We acknowledge that kingdoms rise and fall by divine consent, but we know that victory, success and achievement often give rise to trust in human ability rather than dependence upon God.

How Yom HaAtzma’ut Is Observed

Yom HaAtzma’ut is recent enough (and contentious enough) of a creation that there is no agreed upon way to celebrate it. Food, customs, and practices vary depending on one’s level of observance and opinion about Israel. Some Jews celebrate the holiday with a prayer service (of which there are many variants—see below). Anti-Zionist orthodox Jews and those secular liberal Jews who oppose the state of Israel, often for very different reasons, eschew the holiday altogether.

The timing of Yom HaAtzma’ut is also variable. By the rules of the Jewish calendar, Iyyar 5 can only fall on a Monday, Wednesday, Friday or Saturday. By order of the Israeli government, Yom HaAtzma’ut is not allowed to fall on Shabbat (Friday–Saturday) or on Monday. As a result, the holiday is often moved up or postponed.

American Jewish communities often just celebrate on the Sunday following Yom HaAtzma’ut, since Jews in America do not get the workday off as they do in Israel and because the holiday is not allowed to coincide with Shabbat. For Jews in America (and other places of the Jewish Diaspora), Yom HaAtzma’ut is an opportunity to connect with the dispersed Jewish populace and to offer our love and support to the people of Israel. In the midst of controversy, it is important to acknowledge and remember that Israel is the home to almost half of the world’s Jews, to whom we are connected by ancient bonds. In an age when Jewish identity is splintered and fractured along religious and political lines, Yom HaAtzma’ut provides us with common ground.

As one author puts it, “For Jews everywhere, the fact of Israeli independence is considered not merely in terms of its political implications, but also in terms of its religious significance. Nevertheless, a specific formal liturgy for its commemoration has not yet been established.” No codified liturgy exists for Yom HaAtzma’ut, and fierce disagreement over what liturgy should and shouldn’t be included in the day’s service has raged since the holiday was first established. Here is the liturgy crafted by Israel’s Chief Rabbinate for the occasion:

Some congregations say the Shechechyanu, a blessing of thanksgiving recited on special occasions—in English, “Blessed are You Lord our God, Ruler of the Universe who has given us life, sustained us, and allowed us to reach this day/season.” Others recite the Al HaNissim, a blessing thanking the Lord for the miracles he has wrought.

Yom HaAtzma’ut is preceded by Yom Hazikaron, the Jewish version of Memorial Day; during the evening between the two, the Israeli flag at Mount Herzl is raised from half-mast. The raising of the flag symbolizes the turn from mourning to celebration, as well as the indissoluble link between soldierly sacrifice and national independence. (An American bumper sticker—“Land of the free because of the brave”—comes to mind.) A torch-lighting ceremony takes place that evening to mark the transition from Yom Hazikaron to Yom HaAtzma’ut. Twelve torches are lighted for the twelve tribes of Israel. As on American Independence Day, parades, dancing, fireworks, music and performances are all hallmarks of Yom HaAtzma’ut. Some of Jerusalem’s streets are even closed to allow for dancing. (Jerusalem is King David’s city, and King David himself praised the Lord through dance!) As virtually all Israelis get off from work on Yom HaAtzma’ut, families spend the day hiking, picnicking or visiting IDF (Israeli Defense Force) bases, which are open to the public. Yom HaAtzma’ut concludes with the awarding of the Israel Prize to notable Israeli citizens, which takes place on the second evening.

Yom HaAtzma’ut is celebrated by many American Jews, usually on the Sunday that follows the actual holiday. Yom HaAtzma’ut gives Jews in Israel and in America common ground. Although some liberal Jews and some ultra-orthodox Jews are anti-Zionist, most Jews see the formation of Israel as a great blessing and Yom HaAtzma’ut as a suitable occasion for celebration and thanksgiving.

The story of Israel is a story of homelessness. Abraham settled in the land of Canaan, but it wasn’t long before his grandson Jacob’s descendants were slaves in Egypt, a land not their own. Even our liberation from slavery didn’t mean we had a home. Due to the rebelliousness, idolatry, and faithlessness of our ancestors, we were condemned to wander in the wilderness for forty years. Yet the Lord Himself made provision for this state of homelessness. The Torah provides instructions for a provisional tent of meeting rather than the Temple where the Lord would later come to dwell; in other words, He gave us instructions that were an accommodation to our perpetual errancy. Even when the Temple was built, it didn’t last long. The Israelites were conquered, brutalized, and scattered over successive centuries, into the time of Yeshua. It wasn’t long before Jews were scattered to the four winds.

But Israel always remained in the minds of our ancestors as a homeland to yearn for. The orientation of Jews towards Israel was mainly spiritual; Israel mattered insofar as it was the place where the rites of the Jewish religion were once properly carried out. It wasn’t until the nineteenth and twentieth centuries that the idea of a modern state in the mold of European nations took hold.

By the end of the nineteenth century and the start of the twentieth, many Jews had made aliyah (return) to their ancestral land, which at the time was only sparsely populated with Jews. As Zionism gained steam, Jews migrated en masse and the apparatus for a future Jewish state was gradually assembled in the area of modern-day Israel, at first under Ottoman and subsequently under European colonial rule.

Israel’s formation and survival is a geopolitical miracle. Nevertheless, bitter disagreements have raged (usually along lines of religiosity and observance) over the legitimacy of Yom HaAtzma’ut. Can it be called a religious holiday? The Chief Rabbinate of Israel declared it a minor holiday in 1950-1951, but some Orthodox groups object to this, seeing the modern state of Israel as an illegitimate political artifice and not the true restored Israel promised in the Bible and to be ushered in by the Messiah. To them, it is heretical to confer religious status on a secular political entity. They consider the music and dancing that accompany celebrations of Yom HaAtzma’ut a violation of the mournfulness normally mandated during the Omer (the seven weeks between Passover and Shavuot). On the opposite side of the spectrum, there are liberal and secular Jews who believe (wrongly, in our view) that Israel is an imperialist state and eschew the idea of celebrating Israeli Independence.

Religious Zionists, meanwhile, see the modern state of Israel as a divinely ordained development in history, as do the majority of Jews and evangelical Christians. Regardless of persuasion or observance, we can join our fellow Jews in celebrating the tangible good that Israel has done for the Jewish population in the twentieth and twenty-first centuries. Israel has been a veritable haven for many Jewish survivors of the Holocaust, along with other threatened Jewish groups (e.g., Yemenite Jews). As many of our fellow Jews in Israel celebrate Yom HaAtzma’ut in a time of turmoil and uncertainty in the Middle East, we petition God’s continued protection upon the Holy Land.

Of the almost six million Jews that have settled in Israel, fewer than one percent believe in Jesus. As we Jews for Jesus celebrate Israeli Independence Day, we also recognize our dependence on God as we seek to reach Jews in Israel and all over the world with the message of Yeshua.

How do you celebrate Yom HaAzma’ut? Do you think Israeli independence reflects God’s plan for His people? Please tell us on Live Chat or leave us a message here. Happy Independence Day!