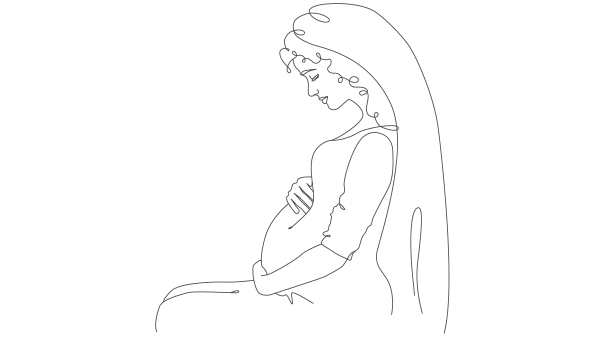 Established: Officially, fourth century A.D. Unofficially, whenever people choose to celebrate the coming of the Messiah into the world.

Jews and Christmas? Here at Jews for Jesus we have a saying: “Christmas is a Jewish holiday—or at least it should be.” After all, it’s a celebration of the birth of the Jewish Messiah!

Christmas can be an uncomfortable time for Jewish believers in Jesus. We are subjected to the scrutiny of family and friends who watch to see if we have replaced our menorah with an evergreen wreath… For many of us, the Christmas crisis… strikes at the very core of our identity as Jewish Christians. How many of us feel caught between Hanukkah and Christmas, Passover and Easter—between being Jewish and following Jesus? But the dilemma is false… Those who would make us choose are essentially denying the Jewishness of Christianity.1

Further complicating the issue is the consumerist reputation Christmas has taken on in recent years. Many Jews and Christians alike are averse to Christmas, believing that the idea of Santa Claus and the practice of gift-giving cause us to place undue emphasis on material expenditures. Some Christians avoid  Christmas altogether because of its pagan origins.

In the New Testament book of Romans, Paul tell us: “One person esteems one day above another; another esteems every day alike. Let each be fully convinced in his own mind. He who observes the day, observes it to the Lord; and he who does not observe the day, to the Lord he does not observe it” (Romans 14:5-6). This is sound advice, which we would be wise to heed during the holiday season.

For those who do seek to observe both Christmas and Hanukkah, we encourage you to meditate on the connection between the Hanukkah lights and the light shed by the Messiah. During another holiday, Sukkot, Jesus said to his disciples: “I am the light of the world. Whoever follows me will not walk in darkness, but will have the light of life.” (John 8:12). He said this when it was customary to light large lampstands in the Temple for Sukkot. It is hard to ignore that there is a connection also between Jesus and the Hanukkah lights, especially when we consider that the central component of the menorah is the shammos. The shammos candle is used to light all of the other candles. Shammos literally means servant, and for Jewish believers Jesus is the greatest shammos of all, “who came not to be served but to serve” (Matthew 20:28):

Jesus, like the servant candle on the Hannukiah, lights our way, and sends His Spirit to ignite us as well, so that we can shine His light in a dark world. We do not have enough “oil” to live a life dedicated to God, but Jesus has miraculously provided for us.2

Whatever your approach—whether that’s celebrating both December holidays, one, or neither—we do know that the greatest present of all, Hanukkah, Christmas or even Chrismukkah (see below), is not to be found hid in wrapping paper or tied up with a bow. It’s the gift of the Messiah, who died to atone for our transgressions and bear away the sins of the world.

The following description applies largely to those, Jewish or non-Jewish, who choose to celebrate Christmas as traditionally done in general society. Some Jewish believers in Jesus celebrate in a simpler way and/or by incorporating Jewish traditions into their celebration.

Followers of Jesus the world over take part in Christmas through the giving of gifts, preparing a Christmas dinner, attending special worship services, singing Christmas carols and above all, by meditating on the birth of Yeshua (Jesus)—the true purpose of Christmas.

Christmas did not begin as an “official” holiday until some centuries after Jesus was born. Yet it’s origin is really tied up with biblical events, most of which focused on God’s fulfillment of his promises to Israel.

Whether you celebrate Christmas or not, chances are you’ve heard this hymn being sung in the Christmas season:

A great mystery is hidden in this quintessential Christmas carol, written by Phillips Brooks in 1868: namely, that the Christmas story is bound up with the fate of our Jewish people. For it is the story of the most famous of Jews, who claimed something no other Jew claimed: that he was the Everlasting Light sent to save our people Israel and the world.

Consider the lyrics, “The hopes and fears of all the years / Are met in thee tonight.” But whose hopes and fears? The hope of Israel for deliverance, and her  fears when confronted by enemies.  Thousands of years of waiting led up to the quiet moment when Yeshua was born. According to the New Testament, Miriam (the Hebrew name of Jesus’ mother)  hadn’t understood at first when a man named Simeon told her that her son would be, “a light for revelation to the Gentiles, and the glory of your people Israel” (Luke 2:32).

As it turned out, the angel’s promise encompassed not only the Jews, but everyone else in the world, too. This was not a break with Israel’s past—for God never forgets his people Israel—but an extension of His promise to the nations. And all this was predicted back in Genesis, when God told Abraham that “in you all the families of the earth shall be blessed” (Genesis 12:3).

Another Christmas carol says, “O come, O come Emmanuel / and ransom captive Israel.” “Immanuel” (a Hebrew name meaning God with us) is the name of the promised deliverer in Isaiah 7:14 and fulfilled in Matthew 1:20-23. For centuries our people’s most fervent prayer was for the Messiah to set us free—to “ransom” us not just from our oppressors, but from the bondage of sin itself. Christmas is a celebration of the physical manifestation of the promised Messiah—Immanuel/God with us!  If that’s not worth celebrating the birth of Yeshua the Messiah, than it’s not worth celebrating any birthday!

How Christmas Is Observed

For those observing Christmas in the traditional way, the season called Advent heralds the arrival of Christmas. This is a period of reflection, during which we burn with the same fervent hope that our ancestors had for a coming Messiah and Redeemer. Some find a parallel to the way we look forward to the atonement of Yom Kippur during the preceding month of Elul.

During Advent many read the accounts in the Gospels—Matthew, Mark, Luke and John—which detail the genealogy of Jesus and the circumstances of his birth, the latter of which includes his bris and dedication during what today is called the pidyon ha-ben ceremony. On Christmas Eve, worshipers prepare to celebrate the arrival of Jesus. Though most scholars agree that Jesus was not actually born on December 25, it has nonetheless become traditional to celebrate his imminent arrival on December 24 at worship services in the evening or at midnight.

On Christmas Eve, some hold candles in church and listen to the reading of the gospel ( literally meaning “good news”—answering the age-old question, is it good for the Jews? In this case, yes! The magnitude of Yeshua’s birth, even in the midst of its humble trappings, fills us with awe. For contrary to much expectation, the Messiah did not  come first as a great warrior. Rather, Yeshua was born in a barnyard and spent his first days in a manger. And it was shepherds, the humblest stratum of ancient society, who first helped Miriam (or Mary) and Joseph welcome the Messiah into the world.

On Christmas Day, we meditate on the good news of Jesus’ birth, and by giving one another gifts, often preparing a Christmas feast and basking in the warmth of family and community. Some branches of Christianity celebrate the “Twelve Days of Christmas starting on Christmas Day, which conclude with “Epiphany.” Epiphany refers to the day the Lord is thought to have been made known  to Gentiles, when the wise men from the East came to visit him.

You’ve got to be kidding! (Seriously, if you know of any mainstream synagogues celebrating Christmas, let us know here.)

Traditional Customs and Folklore of Christmas

You may have chanced to hear bright muffled voices singing outside your window, Deck the halls with boughs of holly! The English is a little antiquated but the meaning is clear, and true today as ever—on Christmas, people prepare their homes and hearts for the arrival of King Messiah, just as there is preparation to do before Passover and Shabbat. Some put wreaths around their homes or on their front door. Others put up lights outside their homes—for some, perhaps just a seasonal decoration, not dissimilar from the Hanukkah practice of placing the menorah in a door or window so that all may see the light of God.

Of all the decorations that go up at Christmastime, the most well-known is the Christmas tree. Originally a pagan practice that was later Christianized, the lighting and trimming of the Christmas tree shows our joy and hope. German Christians first lit Christmas trees with candles and decked them with “roses made of colored paper, apples, wafers, tinsel, sweetmeats, etc.3” Nowadays, it is most common to decorate the tree with electric lights, strings of popcorn and cranberries and, of course, ornaments, whether of religious or sentimental value. Entire arts—crocheted doilies, Moravian stars made out of paper, porcelain crosses—have come into being to serve the lofty goal of adorning the Christmas tree.

Many people set out Nativity displays in their homes during the Christmas season as well. These crèches (from the French for “mangers” or “feeding troughs”) depict the various figures present at Yeshua’s birth—the baby Yeshua, his mother Miriam and father Joseph, the shepherds, stray sheep and cattle. Equally common during the Christmas season is the performance of Nativity plays. The Nativity play is similar in nature to the Purimspiel (Purim play)—by bringing the story behind the holiday to life, sometimes leavening it with humor, we remind ourselves of its true purpose. The Nativity play derives from the genre of mystery or miracle plays, which came about in the Middle Ages and were originally intended to make the birth of Jesus and other Bible stories intelligible to illiterate Christians.

In many households, families hang stockings on the mantel, filling them with oranges, gumdrops, nuts, candy and even pajamas. Some also leave cookies out for Santa Claus, who is a kind of version of Elijah; according to popular lore, on Passover, every Jewish home leaves the door open for Elijah, who will come and visit. Santa Claus also must visit innumerable homes in one night, according to tradition, coming down the chimney and leaving presents for nice children and lumps of coal for naughty ones. While this is not a biblical tradition, and some take exception to it, it is a very popular one.

Do you celebrate Hanukkah or Christmas? Are these religious celebrations in your household or just ways of participating in the festiveness of the holiday season? Please tell us on Live Chat or leave us a message. Happy Hanukkah and Merry Christmas!

3. Joe Perry, Christmas in Germany: A Cultural History (Durham: University of North Carolina Press, 2010), 32. “A chronicle from Strasbourg, written in 1604 and widely seen as the first account of a Christmas tree in German-speaking lands, records that Protestant artisans brought fir trees into their homes in the holiday season and decorated them with ‘roses made of colored paper, apples, wafers, tinsel, sweetmeats, etc.’”