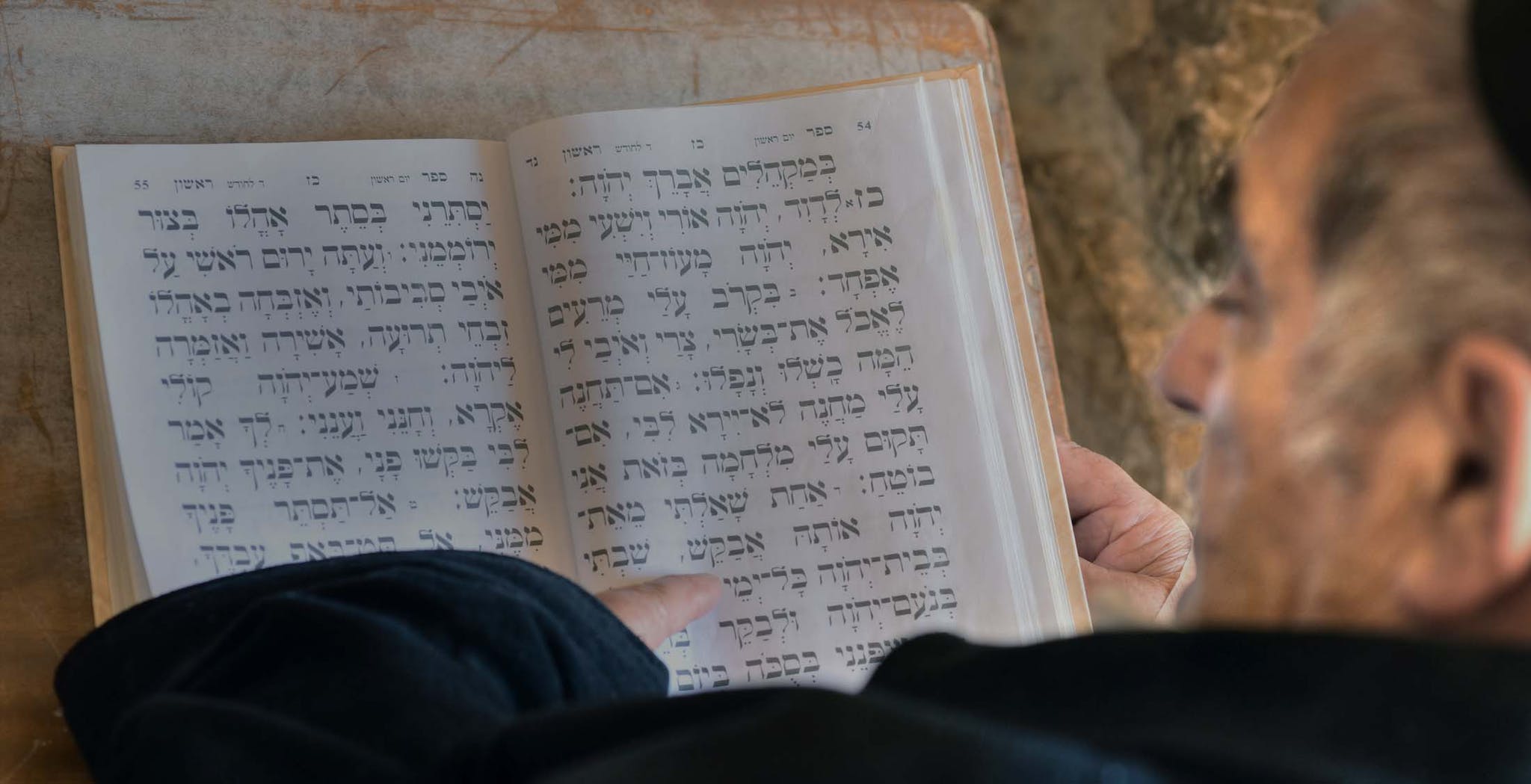 Many scholars acknowledge that the teachings of Jesus are distinctly Jewish. But what about Paul? We believe that a comparison of Tanach, the sayings of Jesus and the letters of Paul reveal a distinct harmony. Consider what Paul, Jesus and the Hebrew Scriptures have to say about the law, the law’s purpose and the law’s duration.

Jesus: “These are the Scriptures that testify about me…” (John 5:39)

Paul: “So the law was put in charge to lead us to Messiah that we might be justified by faith.” (Galatians 3:24)

Tanach: “‘The time is coming,’ declares the Lord, ‘when I will make a new covenant with the house of lsrael and with the House of Judah…I will put my law in their minds and write it on their hearts.’” (Jeremiah 31:31, 33)

Jesus: “The Law and the Prophets were proclaimed until John. Since that time, the good news of the kingdom of God is being preached and everyone is forcing his way into it.” (Luke 16:16)

Paul: “Now that faith has come, we are no longer under the supervision of the law.” (Galatians 3:25)

In the past several decades, a particular program of reclamation has been undertaken by the Jewish people. It does not involve the rejuvenation of the land, nor the replanting of trees. Instead, it is the reclamation of one whom many regard as Israel’s greatest native son: the reclamation of Jesus of Nazareth as, if nothing else, a Jew who deserves a rightful place in the history of our people.

However, while many Jews are willing to reclaim Jesus to some degree, there is another first-century Jew whom our people reject: Saul of Tarsus, the Apostle Paul. Why the acceptance of the one and rejection of the other? Because,” some reason, “Jesus was born a Jew, and he died a Jew. He had no intention of starting a new religion. His teachings were Jewish, and his life was an example of fidelity to the faith of our fathers. But Paul, on the other hand, not only veered away from Judaism, but his teachings laid the foundation for twenty centuries of misunderstanding and abuse from the Gentiles.”

But is the argument accurate and justified? Or is it possible that Paul has himself been the victim of misunderstanding and abuse? Is it even possible, after nearly two thousand years, to know with any certainty precisely how Paul regarded us, and what significance he placed upon identity as a Jew?

A Hebrew of Hebrews

Yes, it is possible to know. We have at our disposal not only the biographical account provided by his traveling companion, the physician Luke, but we also have Paul’s words. These words were preserved in the letters he wrote to various congregations of believers in Jesus throughout Europe and Asia, as well as his personal correspondence to close friends. From these primary sources, an accurate portrait of the man’s attitudes and character emerges.

“I am a Jew, born in Tarsus of Cilicia, but brought up in this city (Jerusalem). Under Gamaliel I was thoroughly trained in the law of our fathers…” (Acts 22:3).

Commenting upon his early commitment to the practices in which he had been trained, he described himself as:

“A Hebrew of Hebrews; in regard to the law, a Pharisee;…as for legalistic righteousness, faultless” (Philippians 3:5, 6).

But while en route to the city of Damascus, Saul records that he encountered one who had claimed to be the promised Messiah of Israel; one whom the young man Saul had known to have been crucified by a Roman guard; one whose followers in Jerusalem insisted had been raised from the dead in fulfillment of prophesies contained in the Holy Scriptures.

Saul insisted that he encountered the resurrected Jesus of Nazareth. The meeting irrevocably altered his life:

About noon as I came near Damascus, suddenly a bright light from heaven flashed around me. I fell to the ground and heard a voice say to me, ‘Saul! Saul! Why do you persecute me? “‘Who are you, Lord?’ I asked. “‘I am Jesus of Nazareth, whom you are persecuting,’ he replied” (Acts 22:6-8).

Then in Damascus, a fellow Jew named Ananias informed Saul of the work God had in store for him: “You will be his witness to all men of what you have seen and heard” (Acts 22:15). Therefore, Saul, also known by his Greek name, Paul, spent the greater part of the remaining three decades of his life in foreign nations where he taught the Greek—speaking Gentiles about the “Christ”—the “Messiah.”

Did his life among the Gentiles eradicate or even lessen his sense of being a Jew? His words would indicate that they did not. “I am an Israelite myself,” he wrote to the congregation in Rome, “a descendant of Abraham, from the tribe of Benjamin” (Romans 11:1). That he continued to identify himself as a Jew can be seen in the fact that, upon entering each new city, the place he visited first was the local synagogue.

In speaking to his countrymen first, Paul followed a precedent. Jesus himself proclaimed his message initially and predominantly to the household of Israel. He told his early disciples, “You will be my witnesses in Jerusalem, and in all Judea and Samaria, and to the ends of the earth” (Acts 1:8). Or, as Paul later put it, “first for the Jew, then for the Gentile” (Romans 1:16). But this principle of “first for the Jew” was more than an act of obedience, it was the outworking of Paul’s continued love and concern for the Jewish people. “My heart’s desire and prayer to God for the Israelites,” he wrote, “is that they may be saved” (Romans 10:1).

But many, thought not all, of his countrymen rejected his pronouncement, and this caused him no little distress. So deep was his sadness that he was constrained to write, “I have great sorrow and unceasing anguish in my heart. For I could wish that I myself were cursed and cut off from Messiah for the sake of my brothers, those of my own race, the people of Israel” (Romans 9:2-4).

His sentiments nearly echo the cry of another communicator of God’s revelation to our people and to the world: the prophet Moses, “Oh, what a great sin these people have committed,” Moses admitted before the Lord after we had worshiped the golden calf. “They have made themselves gods of gold. But now, please forgive their sin but if not, then blot me out of the book you have written” (Exodus 32:31-32).

Two men, separated by several centuries, but united in a love for their people that prompted each to offer his life in exchange for the well-being of the nation.

Sent to the Gentiles

But unlike his predecessor Moses, Paul was commissioned to carry his message primarily to the world at large to the Gentiles. In light of Paul’s extensive Jewish education, one might wonder, “Why would God choose Paul—a man with a mind so thoroughly imbued with Jewish law, custom and thinking—to be the chief herald of the Messiah among the Gentiles? Why not pick a Gentile convert to the Messianic movement, one who could communicate to his own?”

At first glance, the selection of Paul might seem to be a baffling choice. But on closer examination it is seen that Paul was the perfect candidate. Someone was needed who could speak to the Gentiles in a manner that they could understand, while assuring the faithful translation of a Jewish message into a Gentile setting. Paul spent his boyhood in Tarsus, a city in Asia Minor noted as a center of Gentile culture. Though Paul’s father, a Pharisee, would have kept him from indulging in any of the common pagan practices, Paul had the opportunity to observe the Gentile culture and modes of thought. Who, then, could be better equipped to guarantee the proper transmission of a Jewish message to a Gentile world than an expert on Jewish law and theology who also possessed an understanding of the world beyond the boundaries of ancient Israel? Who, indeed, but Paul?

A threat existed that only Paul was qualified to check. As the number of Gentile converts grew, there was the danger that the Gentile believers might lose sight of the Jewish origins of their faith and look upon the majority of disbelieving Jews with disdain. They might conclude in ignorance that God was finished with his ancient chosen people. But Paul, the ardent Jew, by whose labor these Gentiles had heard of the Messiah, carried the authority to meet the danger head on. Only Paul could admonish them so bluntly: “Do not be arrogant,” he warned, “but be afraid. For if God did not spare the natural branches (the Jewish people), he will not spare you either…And if they do not persist in unbelief, they will be grafted in, for God is able to graft them in again” (Romans 11:20-21, 23).

Yet Paul is often accused of refashioning the Jewish teachings of Jesus into a pagan religion completely cut off from its middle eastern origins. Were it not for Paul, some speculate, Christianity would have either continued to flourish as a sect within Judaism, or it would have met a natural death within the embrace of the culture that had first given it life.

Concerning the purpose of the Law, Jesus taught “These are the Scriptures that testify about me…” (John 5:39). Paul reaffirmed this position in his letter to the Galatians where he wrote, “So the law was put in charge to lead us to Messiah that we might be justified by faith” (Galatians 3:24).

As for the Law’s duration, Paul continued, “Now that faith has come, we are no longer under the supervision of the law” (Galatians 3:25). Here again, he merely echoed the teachings of Jesus: “The Law and the Prophets were proclaimed until John. Since that time, the good news of the kingdom of God is being preached…” (Luke 16:16).

The second problem to be addressed is historical. The breach between Judaism and the Messianic movement had already take place prior to Paul’s new commitment of faith. Tensions with the local religious authorities had even culminated in the death of a Jewish believer named Stephen.

Paul is implicated in the aftermath of the matter, but not as a disciple whose teachings fomented strife. Rather, he is depicted as the messianic sect’s most ardent adversary.

Paul concedes as much in a letter to the congregation in Galatia: “How intensely I persecuted the church of God and tried to destroy it” (Galatians 1:13). To blame the schism on the teachings of Paul is to overlook the fact that the schism had already occurred.

The actual reason for the schism did not center around any pagan innovations introduced by Paul, nor did it center around a lack of harmony between the teachings of the Nazarene and his apostle. The conflict centered around who Jesus claimed to be.

He claimed to be the Messiah.

Is Jesus the Messiah? We believe he is. We invite you to consider the matter for yourself by examining the New Testament which records his teachings, his assertions and the prophecies in the Tanach upon which he based his claims.

How Jewish Was Paul?

The Claims of Jesus