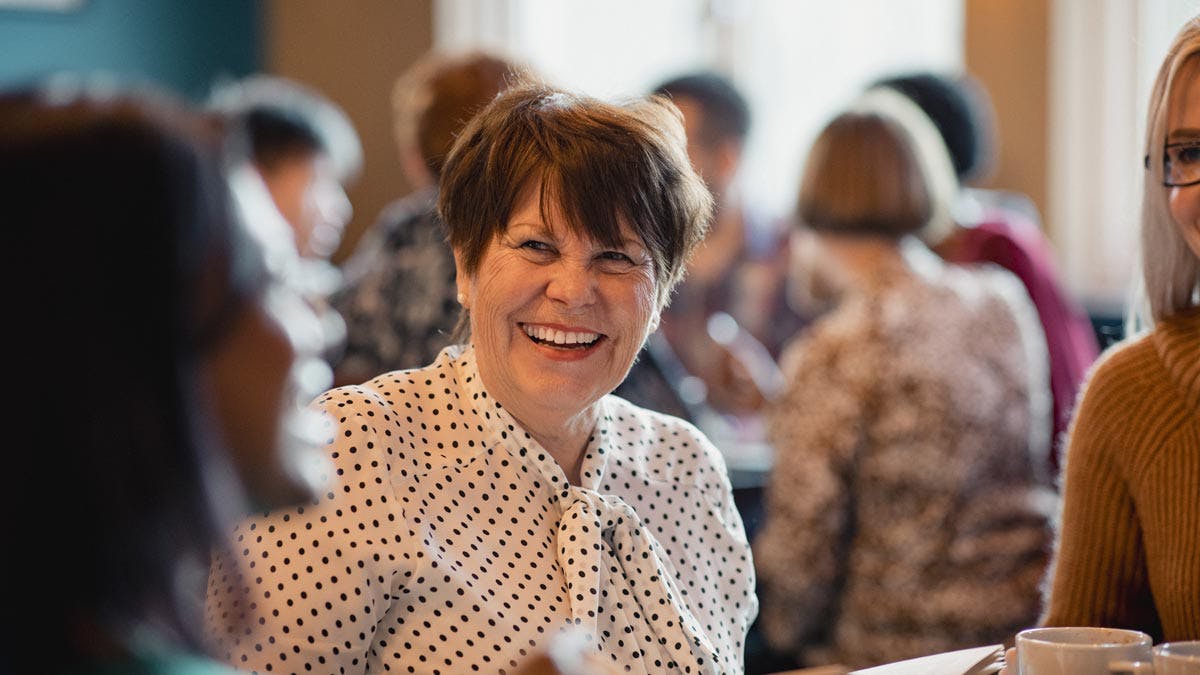 Your Part in Miriam’s 30-Year Journey to Jesus

The road to salvation can be long, but God’s timing is perfect!

Thirty years ago, a Jewish woman named Miriam accepted a co-worker’s invitation to attend a Christmas concert. The music sparked an interest in Jesus, and she continued to attend this very traditional, but not especially evangelical, church—much to the displeasure of her husband.

I could tell that she was comfortable with the idea of Jesus, but …

More than a decade later, I met Miriam at one of our Havurah (fellowship) meetings. I could tell that while she was comfortable with the idea of Jesus, she had not yet come to terms with the problem of sin and her need for a savior. Nor did she seem ready to go deeper—until last year, when she got COVID, and ended up with long-term symptoms and side effects.

I reached out to Miriam, inviting her to our Zoom Shabbat. Before long, she asked if I would do Bible studies with her because, she said, she wanted to know what it means to be a disciple of Jesus. I was delighted to do so, and I also referred her to a more gospel-centered church.

Through our personal Bible studies and the church she was now attending, Miriam finally realized her need to surrender her life to Jesus as her Savior and Lord. Some 30 years after her journey began, I had the joy of seeing her come to faith!

Miriam is planning to be baptized in order to identify publicly with Jesus. It’s not going to be easy letting her wider family know, but she knows it’s the right response to God’s love and sacrifice.

Miriam’s immediate family has noticed the difference Yeshua is making in her life. While still opposed to her new faith, her husband is blessed and relieved to witness her health improve and to see her so joyful.

As you pray for Miriam and her family, pray especially for her teenage son, Ben, who decided to accompany his mom to church “to find out a bit more for himself.”

I went with them, and the pastor preached that morning on John chapter 3: Jesus’ conversation with Nicodemus. On the way home, Ben said the explanation about being born again didn’t make sense to him, and he wanted me to clarify it.

I explained that Nicodemus’ question about a man entering his mother’s womb a second time was more of a statement than a question. He had the intelligence to understand that Jesus was not suggesting that a person could be biologically reborn. Jesus reminded Nicodemus that to see the kingdom of God, one must be born of the Spirit. As a member of the Sanhedrin (the Jewish ruling council), and a teacher of Israel, this was something that Nicodemus would have known, being well versed in the Hebrew Scriptures, such as Ezekiel 36:26–27.

The story of Nicodemus shows that it is not what we can do for God, but what He does for us that qualifies us for the kingdom.

I pointed out that Nicodemus recognized the miracles that Jesus was performing, and he realized that Jesus must have come from God. I left Ben with the thought that Nicodemus seemed to struggle with the idea that someone of his religious standing would need a spiritual rebirth—meaning that all his efforts and good deeds were not sufficient to enter the kingdom. The passage shows how radically different Jesus was—He did not treat religious people like they had any more of a relationship with God than non-religious people. The story of Nicodemus shows that it is not what we can do for God, but what He does for us that qualifies us for the kingdom. We all need the radical rebirth that only comes through Him.

Ben said that the passage was starting to make sense and that he was looking forward to learning more. He also made it clear that he was impressed with the warm welcome and sincerity of the congregation, and wanted to return! The Lord is at work in Miriam’s family. Please pray for her entire household to come to the saving knowledge of Messiah!

On behalf of Jews for Jesus, thank you so much for partnering with me and our Jews for Jesus teams around the world so that we can connect with Jewish people like Miriam and her family. I hope Miriam’s story can encourage you as you consider witnessing to your Jewish friends, since her journey

We are very blessed to be part of God’s plan of salvation for Jewish people, together with you, our wonderfully diverse family in Messiah!