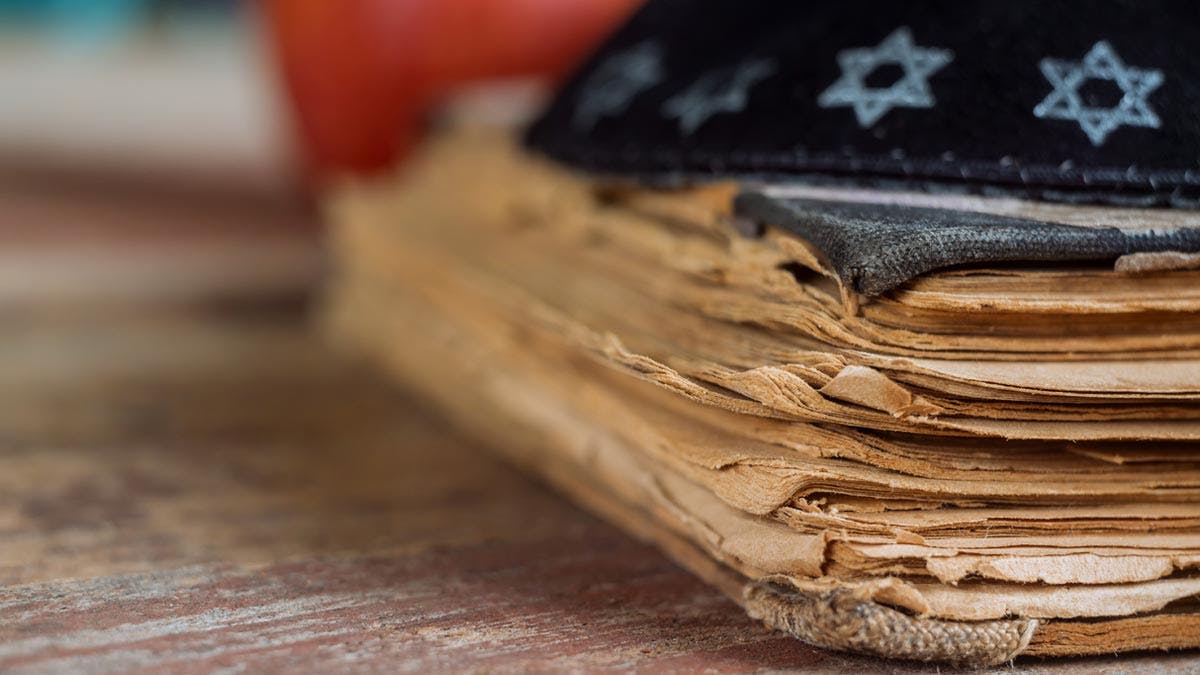 The Star Of David

The congregation was afraid and the pastor seemed concerned. I was seated in the last pew, waiting to come forward and give a Jews for Jesus presentation, as the pastor cautioned his people:

“The Star of David, the six-pointed symbol of the Jewish people, might be an occult symbol. While I’m not sure, the possibility is there. And, I think that we and our Jewish Christian friends should give this some serious thought.”

This pastor had heard tapes and messages by a teacher, John Todd. The latter is a professing Christian who claims to be an ex-warlock, and purports that he was involved with the “Illuminati,” a secret group of powerful conspirators who are planning a world take-over.

As a result of this warning from their pastor, the congregation was confused. Their minds became filled with questions about the symbolism of the Star of David. They wondered if wearing a Star of David could, in effect, summon demons to themselves.

Some of their questions might be the very ones that are troubling you: Is it true − is the Star of David an occult symbol? Since this symbol is representative of Judaism, does this mean that Judaism is involved in the occult? And even more disturbing, why do Hebrew Christians identify themselves with the Star of David? Why do many Jewish missions use this emblem in their logo?

These are good questions. They are valid and they deserve answers. We can find these answers by looking into the historical origin of the six-pointed star. According to the Encyclopedia Judaica, the Star of David did not originate with the Jewish people. Many civilizations, perhaps as far as Mesopotamia and Britain , may have used this symbol. The oldest use of the star, according to the Encyclopedia Judaica, dates back to the 7th century where it was found in Sidon . However, it is impossible to determine the actual use of the star ä? some may have used it as a magical sign and others, simply as an ornament. ( Encyclopedia Judaica, Vol. 1, p. 687)

What were other uses of the star? There is a legend that King Solomon, while in a backslidden condition, borrowed this symbol from one of his pagan wives. Also, some believe that Solomon’s father, King David, was the first to introduce this symbol, since it was inscribed on his shield.

The Jews were not alone in using this symbol. In medieval times, both Christians and Moslems used the six-pointed star, as well as a five-pointed star. In a recent article about the Star of David, Rachmiel Frydland, a leading Jewish Christian scholar, states:

“The six-pointed Star of David is found in many places not necessarily Jewish. We see it as a Jewish seal of the seventh century in Sidon; as an Arabic good luck sign of the ninth century; in various Byzantine Templars (a Catholic movement); as the “wisdom stone” of the alchemists of the middle ages; as the symbol of the free masons; as an adornment of the city hall of Vienna, Austria; as a symbol and ornament on various buildings in Germany , etc …. Only in the fifteenth century, under the influence of the mystic Rabbi Isaac Luria, did the Star of David begin to take the place of the Menorah (seven branched candlestick) as a Jewish symbol. The name “Star of David” is first mentioned in the Karaite book entitled “Eshkol Hakofer” of the 12th century, in connection with the names of the angels which are inscribed on the mezuzah.” (The American Messianic Jewish Quarterly ä? Winter 1978)

In the twentieth century this symbol marked millions of Jews as those doomed to die in the gas chambers of the Nazi Regime. But this was not the first time the Star of David set apart the children of Abraham. In 1354, King Karl IV ordered the Prague Jews to wear a red flag with a Star of David and a five-pointed star. But the star that was sewn to coats and jackets as a symbol of shame in 14th century Prague and throughout the Holocaust years is now proudly displayed as a symbol of hope on the flag of the nation Israel . We see that at the present time the Star of David is most recognized throughout the world as a stamp whereby one states, “I am a Jew.”

For those of us who are Jewish Christians, the Star of David takes on an additional meaning. When a Jew receives Jesus as his Messiah, he doesn’t lose his Jewishness; but rather he comes to appreciate his heritage in a new and deeper way . . . for now he personally knows the One for whom the Fathers and Prophets so eagerly waited. We are also proud to identify with the Jewish people and the nation Israel . To us the Star of David represents our commitment to our Jewish heritage and to God’s promised land.

Yes, many Jewish believers gladly identify with their Jewishness, but our greatest identity is with Christ. And though we may wear the Star of David around our necks, we are ever aware of the crosses on our backs. The symbol of the cross has a greater significance for us than any other. For at the cross, Messiah Jesus paid the final sacrifice for sins and made salvation available to the Jew and Gentile alike.

So we see that a symbol in itself has no meaning. It is only when people attach a meaning to it that it takes on significance, and this meaning will vary according to the individual’s perspective.

Why Do Most Jewish People Not Believe in Jesus?