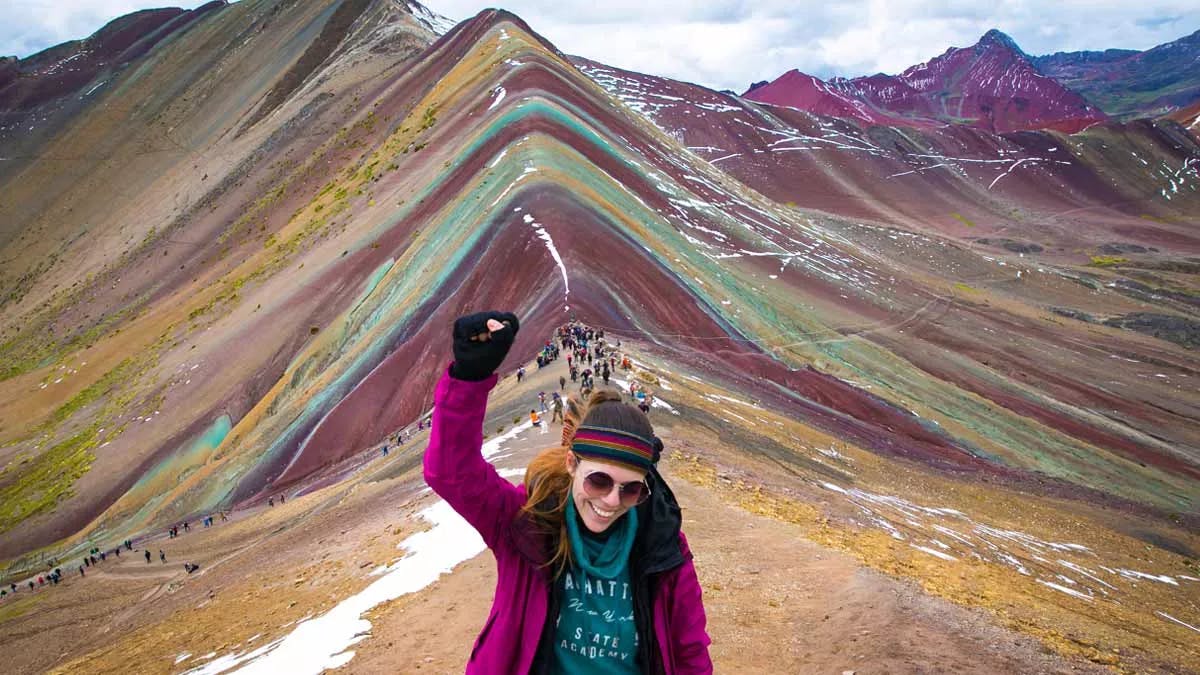 Did you know that every summer we send teams of staff and volunteers to meet up with Israeli trekkers in South America and India? One team includes volunteers from North America, and the other is for Israeli believers. These journeys (“Massah” in Hebrew) combine personal discipleship with evangelistic training and opportunities. So thank you for helping to make Massah possible! Here are some glimpses of this year’s trip to Peru to encourage you.

Walking and Talking About Jesus

Lucy: “We met Roni on a walking tour in Lima. She had read some of the New Testament because certain paintings she saw in her art history course had made her curious. She was especially intrigued by Peter’s interactions with religious leaders in the book of Acts. This led to a great discussion about how Jesus is different from other religious leaders.”

Anna Beth: “After meeting Liel at our hostel, I joined her for a walking tour. We discovered that she grew up just a few minutes from me in Atlanta before she made aliyah (moved to Israel)! We had several good conversations about God, faith/religion, Messiah, etc. It turns out that Roni (previously mentioned) had also lived close to me in Atlanta. After inviting them both on a trek, we discovered they knew each other in middle school! Olam katan (small world)!!

“We also had great conversations with Moti and Ari at our hostel. Ari had never heard about Jesus before and didn’t want the conversation to end! Please pray for them to remain curious and open to who Jesus really is!”

Massah leaders are seasoned evangelists, but for many of our volunteers, sharing their faith with people they’ve just met is a new experience. That’s why our discipleship and evangelistic training for American Massah begins in Israel, before launching the team into the mountains of South America or India. For the first half of Massah, the team tours the Land, begins a group Bible study, receives training, and joins with our Israeli staff for evangelistic outreaches. As they learn more about the Bible, their faith, and how to have gospel conversations, they also get a good taste of Israel and Israeli culture. We introduce them to other ministry friends as well, reenforcing the value of collaboration with other believers.

Learning to Listen is Crucial for Outreach

Jesse and Lucy Eshleman led this year’s American Massah team. Jesse tells how one of the outreaches in Israel centered around the question, What makes you special?

“This led to some amusing conversations as well as some deep dialogue where team members got to share about how God has uniquely crafted human beings to reflect His glory. When I asked a young woman named Shira, ‘What makes you special?’ she said that she’s been clean for one year. I asked about her story and what caused her to get off drugs. After she shared, she wanted to know who we were, and so I explained that we’re with Jews for Jesus. Immediately, she said that she wants to understand who God is.

“I told Shira who Jesus is and what we believe about Him, but she eventually concluded, ‘It’s prideful to say you know exactly who God is.’ I smiled and said, ‘It’s also prideful to say a person can’t know who God is.’ She hadn’t thought of that before. Please pray for Shira to come to know who the real higher power is!”

Praying for God to Bless the Seed That Was Sown

All told, in Israel and Peru our Massah team had a total of 307 conversations with Jewish people in which team members explained that they were Jewish believers in Jesus. Plus, they had 185 conversations where they explained in more detail what is meant by believing in Jesus.

Moishe Rosen, founder of Jews for Jesus, used to say that most people come to faith in Jesus following a series of impressions. We might be at the start, the middle, or the end of God’s work of opening someone’s heart to the Messiah. No conversation about Jesus is too small to count for the kingdom—and even the biggest and seemingly best conversations will only be effective when His Spirit is at work. That’s why your prayers for God to bless the gospel seeds planted in so many hearts this summer make a world of difference!

Forgiveness: Pass It On