Thanks for Being Part of Dean’s Journey! 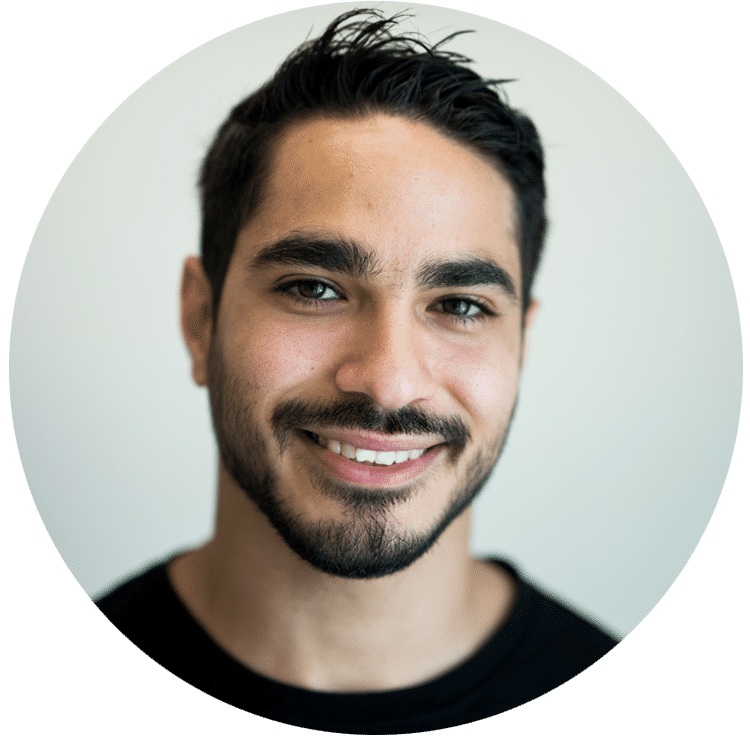 Massah is Hebrew for “journey,” but it can also mean “testing,” “arguing,” and even “rebelling,” as when the Israelites complained to Moses of their thirst in the wilderness.

But testing and arguing can actually be a time of seeking answers. That is especially true for Israelis, who often choose to travel following their mandatory army service.

We’d like you to meet Dean, one of our Israeli interns, who had quite a journey after his time in the army. Dean was raised as an Orthodox Jew, and your partnership with Jews for Jesus helped us reach out to him before he knew the Lord – he now serves with us. We asked him to tell you his story:

“In Israel, you go into the army when you are 18 years old.  When you finish your service, you need time off to travel, de-stress, and think about life. I chose South America for my “big trip” after the army. My soul was heavy, and I was confused and angry. During one hike, I told my friend to go on without me because I needed time alone. I found myself talking to – actually yelling at – God. 'Why are You putting me through this?' 'Why do I need You?' 'Maybe You don’t even exist!' Even as I challenged God’s existence, I demanded answers and explanations from Him.

Words that were not mine came into my mind

“Suddenly, a strange feeling – almost like a vibration – came over me. Then words that were not mine came into my mind. And I knew it was God.

“‘Dean, why are you blaming Me? The things you are angry about are not from Me.’

“I was confused and scared, but then I felt like someone was hugging me. Calmness enveloped me. Then He said, 'Don’t worry, I’m coming to you.'

“When I returned to the hostel, my friend asked where I’d been. I tried to answer, but I couldn’t say anything! The words just would not come out of my mouth. I thought, If I can’t speak about what happened, I’ll write it out. So I tried, but the only word I could write was ‘yeshua’ (in Hebrew), but I didn't know what ‘yeshua’ meant. Neither did my friend.

I ordered the book to prove that they were wrong!

“A couple of months after I’d returned to Israel, I was looking on Facebook and came across a video. I heard the word ‘yeshua,’ so I clicked on the video. I quickly discovered that Yeshua is a person. The video said that Yeshua was the promised Messiah, the one who Christians call Jesus. Then there was a book offer (the New Testament) from Jews for Jesus!

“I was angry! I ordered the book for one reason: to prove that they were wrong!

“But as soon as I began reading the Gospel of Matthew, I felt the presence of God. He was with me as I read, telling me that it was true! He promised that He would come to me, and He did! I knew Yeshua was my Messiah, so I began attending a congregation of believers. And when someone from that congregation told me that because of Jesus, God had forgiven me for my past life, I felt yet again His presence and Him asking me, 'Now do you get it?'

“And I did. I surrendered my life to Yeshua.

I was surrounded with support and encouragement

“When I learned about the Massah program, it made so much sense to me because of my own journey. To tell you the truth, I was nervous that my theological and apologetic understanding were not sufficient. But at the training, I was surrounded with support and encouragement, and the lessons quickly gave me the tools I needed for the trip.

“When we arrived in India, I found it easy to share the gospel. Also, God showed me through the fellowship with other participants how important it is to be part of a believing community. When I returned to Israel, I became more active in my congregation.

“Last year I participated in Massah again, but as a leader. Instead of going to India, I went to Peru, where it wasn’t as easy to start gospel conversations as it had been in India. I learned how important it is to listen to people – it’s a great way to care for people, and when they know you care, they ask really deep questions.”

Please pray for Dean as he continues his journey with the Lord and with us.