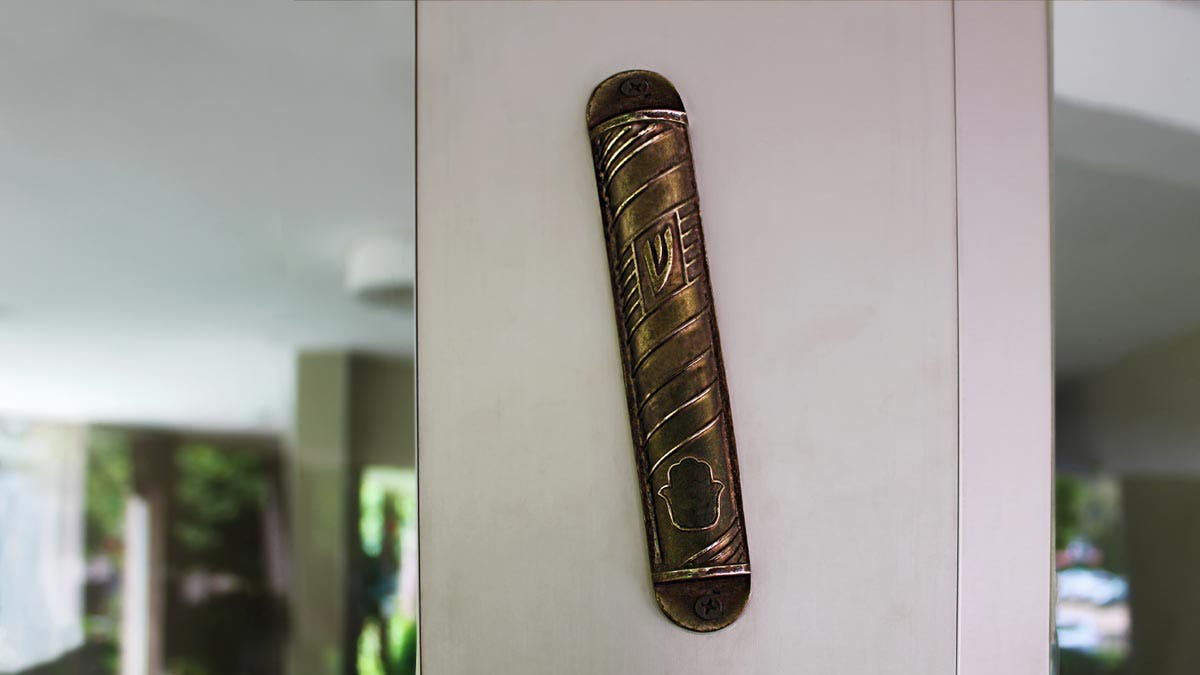 God led me a few years ago to a tiny hair salon. I learned that Michael, who colored my hair every six weeks, was a non-practicing Jew. He was very generous, always giving me a cup of coffee and cookies/crackers/candy. I started giving him items from Israel, [including] handcrafted items and food from Israel.

Michael also wanted a mezuzah* to keep by his bed and one for a friend, so I got them for him for Christmas 2021, with the Shema prayer from Deuteronomy 6:4–9 typed out in English because the Shema [in Hebrew] was sealed inside the mezuzah.

I also discovered that Michael liked stories of Jews who came to believe in Jesus. I was already giving a Jewish attorney I know literature I received from Jews for Jesus. She was interested in seeing your newsletter because her daughter was dating (and married) the son of a Jews for Jesus missionary couple. I also gave her a book from Chosen People Ministries. After she read them, she said that it was possible that Jesus might be the Messiah, but she wasn’t convinced yet.

Anyway, I gave Michael newsletters from various Jewish ministries and shared a testimony tract from a Jewish believer in Jesus. And when I also learned that he likes honey in his coffee, I ordered two jars from Israel through Jews for Jesus. The day I brought one to him, his eyes got big and he shared that he had planned to get honey when he stopped for a few items on the way into the shop that morning, but had forgotten. I told him it showed that God loves him.

I have not seen Michael since last January. But I learned that he was in the hospital and then rehab, and then back in his apartment on hospice. So we became pen pals. In his last two letters he indicated he believes that Jesus is the Messiah, and he prays to Him! Thank you for all you do and make available for us to share with Jewish friends.

*A mezuzah is a small parchment of Scripture (Deuteronomy 6:4–9) encased in a container that is often affixed to the doors of Jewish homes.

We love hearing your stories and hope that you enjoy getting to know a bit about one another as we all partner together to reach Jewish people for Jesus.

If you have an encouraging story about your love for Jewish evangelism or how you are connected with Jews for Jesus, please email [email protected] and put “your stories” in the subject line. If email is not an option, send your story (typed or printed if possible) to: Ruth Rosen at 60 Haight Street, San Francisco, CA 94102.