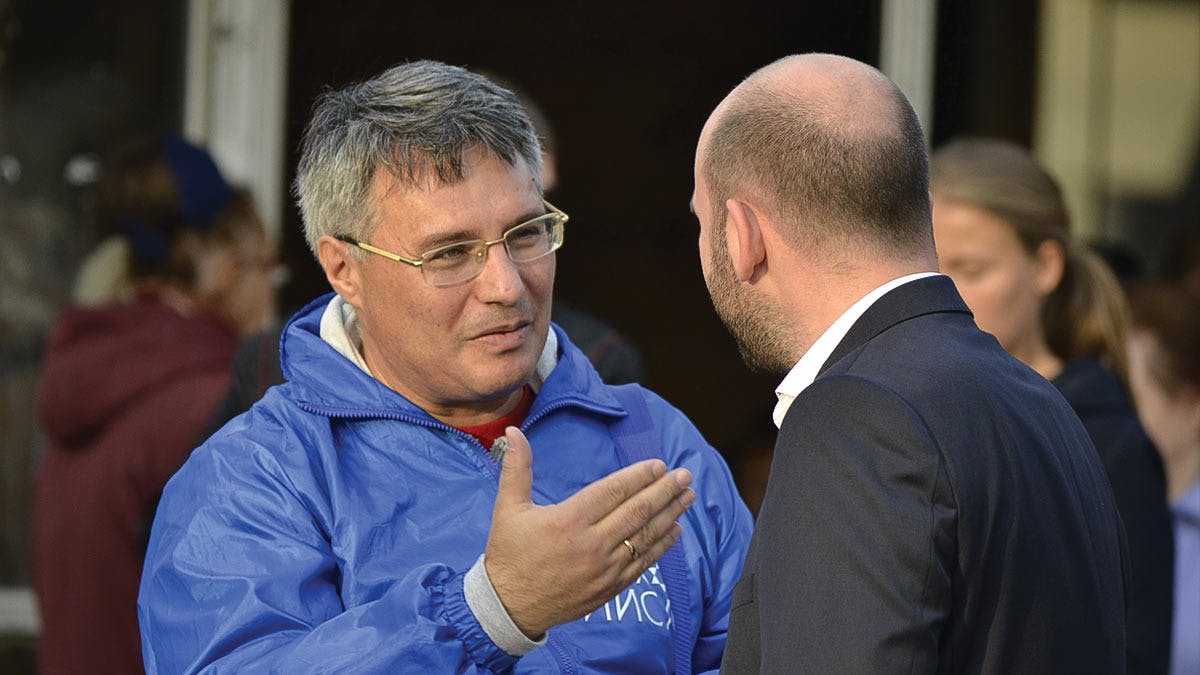 In this first story, our contact’s privacy requires us to keep the name and the location of the missionary who is ministering to him private as well.

Visa complications prevented two of our missionaries, Jon and Beth, from returning to the country where they had recently been transferred. They were eager to begin their new adventure, so it was disheartening, to say the least. But …

“And we know that for those who love God all things work together for good, for those who are called according to his purpose.” (Romans 8:28)

The “saving grace” was that they were able to spend more time with their parents. Beth’s parents are believers, but Jon’s parents, who are traditionally Jewish, have had a very hard time with his faith in Jesus. This has caused much tension between them.

Jon says, “People have been praying for my parents’ salvation for more than a decade, but it’s only been in the last couple of years that I’ve seen my father’s heart begin to soften. In 2021, he actually expressed openness to considering Yeshua. And when I invited him to attend a Christ in the Passover presentation that I was giving at a local church, he agreed to come! It was the first time he had ever heard me preach and the first Jews for Jesus event he had ever attended. At the end of the presentation, I gave an altar call, and my dad responded! He repented and acknowledged Yeshua as Messiah. It was a very emotional evening, and there wasn’t a dry eye in the room. Praise God for His faithfulness, and praise Yeshua (Jesus) for saving my father!

“Beth’s parents are discipling him, and he’s already told some friends of his faith. He has been regularly attending church services and Bible studies. I would appreciate your prayers for my father to grow in his faith. I have been witnessing to my mom too, who is terminally ill, so please pray God will also open her heart.”

From Moscow, Maxim Ammosov reports, “We had a very happy Rosh Hashanah, as several people who attended our celebration prayed to receive the Lord at the close of the service! Let me tell you a little about them.

“A week and a half before our holiday service, I was handing out gospel tracts and an elderly Jewish gentleman named Viktor gave me his contact information. It was just in time for me to invite him to our Rosh Hashanah celebration, and he came with his wife, Yulia, who is not Jewish. They both prayed to receive Yeshua! What a joy! Thank You, Jesus!!!

“Our volunteer phoned Stella to invite her to our Rosh Hashanah celebration. Stella brought her Jewish friend Milyena, who had never attended a Jews for Jesus event before. She was glad she’d come, and at the end of the service, she too came forward to pray and receive Yeshua into her heart! Praise God!

“Fedor came to our Rosh Hashanah celebration with his brother Stepan, who had attended our services a few times. Fedor was moved by the music, the dancing, and the devotional from God’s Word. At the end, when I made the altar call, Fedor responded and went forward to pray. He received our Messiah into his heart! Praise the Lord!

“Artur also attended the service at the invitation of one of our volunteers. I could see that he was listening very carefully to the Word of God, and he, too, came forward and prayed to receive Christ into his life. Hallelujah!”

From Tel Aviv, Svetlana Adelson reports, “Polina recently immigrated from Russia. She believed in her heart that God is real and wanted to know more. So she began attending Hebrew and Scripture classes, which is where I met her. It was the first time she had read the Bible and her first experience being with a group of believers. Recently, she told me she was returning to Russia for a month to visit her son. I suggested that we meet before the trip, which she was happy to do. In talking with her, I learned that she had a believing grandmother. That’s how Polina first began to seek God; in fact, she’d even asked her grandmother to pray for her. I told Polina that prayer is communicating with God from the heart, and that the most important prayer is the prayer of repentance. This is the first step in our relationship with God. I explained about sin and the sacrifice of Yeshua and invited Polina to turn to God in a prayer of repentance. She agreed and prayed! I then prayed for her trip, and we agreed to meet after she returns to Israel.”

From Somewhere in Ukraine, Anatoli Emma reports, “I arrived in military uniform to a small town in Ukraine. I was there to pay visits to the families of soldiers and officers who recently died in the war that continues since Russia’s invasion. This town had once been completely Jewish. So, when all the meetings were done, I asked the locals if they happened to know any Jewish people. People told me there were three Jewish families left, and they offered to take me to meet them. I gladly agreed, and that is how I met an elderly couple: Rudolf and Nadya. We talked about life and faith. They were very surprised to see me in military uniform and were quite moved that I had asked if there were any Jewish people in the town that I might visit. They are 94 years old and have no children. Nobody comes to see them. After our conversation, I invited them to repent and receive Jesus into their lives. Rudolf did not agree, but Nadya, on the contrary, said that she wanted to receive Yeshua. All her life she has been grateful to God for being able to survive in the ghetto and for the opportunity to live a long life. At the end, they both cried, hugged, and kissed me.”

Please continue praying for our missionaries in Ukraine as they reach out to people in these difficult and dangerous times. Also, we have staff who are originally from Ukraine and left (many long before the war) to serve in other places. These colleagues have family members who are in harm’s way. Please pray for them as well.