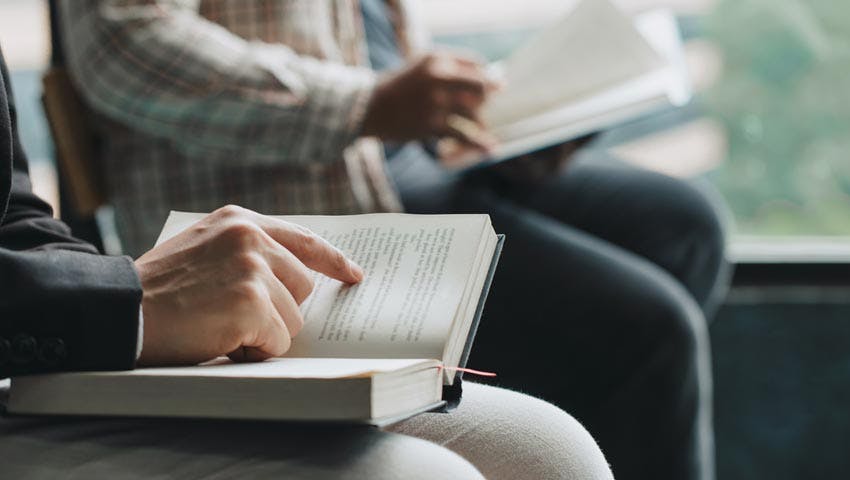 When Gentiles started following Jesus, his earliest followers had a big question to discern.

The God of All Peoples

When God created human beings, the original language tells us He made them as His image, male and female. Adam and Eve were the parents of all humanity—Jewish and Gentile. The book of Genesis tells us that God maintained an intimate relationship with them, but our first ancestors severed that connection by their sin. It was then that God promised He would send a Messiah through one of their descendants who would defeat the enemy and reconcile humanity with their Creator (Genesis 3:15; Numbers 24:7; Isaiah 11:10).

The first step in reconciling the nations to Himself was setting apart a people for His name—the Jewish nation. This was accomplished when He selected Abraham and gave him a special blessing, saying, “In you all the families of the earth shall be blessed” (Genesis 12:3). Out of this lineage, the Messiah was promised to come into the world. We believe and know that Yeshua (Jesus) is that Messiah.

The Jewish Messiah is for all people, and those who follow Him are united in one faith in the God of Israel.

The teachings of Jesus were so compelling that they quickly spread throughout the world. It didn’t take long before there were far more Gentile followers of Jesus than Jewish ones. This should have been anticipated, as the Hebrew Scriptures teach that when the Messiah comes, the Gentiles will seek Him, too. The Jewish Messiah is for all people, and those who follow Him are united in one faith in the God of Israel. Today, there continue to be more Gentile followers of Jesus than there are Jewish followers, which makes sense since the global Jewish population is only about 0.19% of the human race.1 But because of Jesus, people in remote corners of the world, as well as those in the highest halls of learning, know something about the Jewish people and our Scriptures.

Does the Bible Teach That All Christians Should Keep the Law of Moses?

Many Christians find value in understanding the Jewish context of their faith, and rightly so. The deeper they study, the more aware they become of how much Christianity has evolved. In an effort to reconcile this, many begin to wonder if they should be keeping the Torah (law of Moses). This is not just a recent issue; it’s one that came up even in the book of Acts.

Although the destiny for the inclusion of all nations in the worship of the God of Israel is written in the Hebrew Scriptures, it still took the Jewish believers like Peter, James, and Paul by surprise when so many Gentiles accepted Yeshua’s message. After all, “Christianity” at that time was fully Jewish. Within the first 20 years after Yeshua’s resurrection, they met together to discuss the phenomenon they were witnessing and to decide whether or not Gentile followers of the Jewish Messiah needed to become Jewish themselves.

The issue was that some Jewish believers were telling Gentile believers that they needed to convert to Judaism (i.e., get circumcised and keep the Torah) in order to truly be saved. Paul and Barnabas brought the issue to the elders and apostles in Jerusalem. After even more discussion, Peter spoke up. He, of course, had been the first to witness a Gentile coming to faith in the city of Yafo when he met Cornelius. During that encounter, God had taught him not to regard any other human being as “unclean” (Acts 10:28).

After Peter related his experience, James made the final call. He clearly delineated that the Torah was given to the Jewish people, and as of yet, no one had been able to follow it perfectly. Therefore, he decided they should not place the same burden on the Gentiles, but call them to the standard of morality laid out in the Torah (Acts 15:19–21). Subsequently, four main requirements were sent in a letter to Gentile believers across the known world: to abstain from (1) anything connected to idolatry, (2) sexual immorality, (3) eating an animal that had been strangled, and (4) blood (Acts 15:29). All ties to paganism were severed. If Gentile believers truly followed these rules, they could not participate in any pagan temple cults or rituals of that time. Such behavior would definitively set them apart.

The Jerusalem Council was concerned that Gentile Christians would observe God’s standard of morality.

Although this decision by the apostles was documented in the New Testament writings, some Gentiles still believe they must take on Jewish ritual obligations to follow Jesus. Others believe all of it is rendered obsolete and even Jewish people should abandon their holy calling. The apostles did not support either of these stances. The New Testament clearly teaches that Gentile Christians are under no obligation to observe Jewish ritual law. The Jerusalem Council was primarily concerned that Gentile Christians would observe God’s standards of morality; the only restrictions placed on Gentile Christians were likely intended to facilitate fellowship between Jewish and Gentile followers of Jesus in meal settings. Gentiles should not try to take on the role or identity of Jewish people, and vice versa.  Jews and Gentiles remain distinct (1 Corinthians 7:18–20; Acts 15; Acts 21:25), but both peoples come into equal standing before God as we use our distinct roles to bring others into relationship with Him (2 Corinthians 5:18–20).

Even so, Paul encouraged the Gentile believers in Ephesus to take their connection to the Jewish people seriously.

Therefore remember that at one time you Gentiles in the flesh, called “the uncircumcision” by what is called the circumcision, which is made in the  flesh by hands—remember that you were at that time separated from Messiah, alienated from the commonwealth of Israel and strangers to the covenants of promise, having no hope and without God in the world. But now in Messiah Jesus you who once were far off have been brought near by the blood of Messiah. (Ephesians 2:11–13) (bolding is author’s)

When you accept Jesus as your Savior, you’re brought into the commonwealth of Israel, and it is through this inclusion that the nations have hope. God doesn’t require you to become Jewish to follow Him, and we cannot support any efforts by Gentile believers to convert to any type of Judaism. However, completely ignoring the Torah or not learning about the appointed times that God gave to Israel would be like relocating to another country, yet never taking the time to learn the language or the culture. If Christians want to voluntarily celebrate Jewish holidays and make room for Shabbat in their lives, there is much value to be found in that—in the world to come, all the nations will worship the God of Israel in Jerusalem and observe His feasts (Zechariah 14:16-19).

If a Gentile is married to a Jewish person, whether they follow Jesus or not, their calling as an individual may be different than their calling as a part of a Jewish family. Take Ruth for instance: although not Jewish herself, she was married to a Jewish man. Even after he died, she still recognized that her calling as part of his Jewish family was to support her mother-in-law. Ruth was always called a “Moabite,” but she has a very special place in Jewish history as the great-grandmother of King David.

Why the World Needs Gentiles

Your calling as a Gentile is every bit as vital and needed as the calling of a Jewish person. Paul writes that there is a special purpose in extending salvation to the Gentiles: “Through their trespass salvation has come to the Gentiles, so as to make Israel jealous. Now if their trespass means riches for the world, and if their failure means riches for the Gentiles, how much more will their full inclusion mean!” (Romans 11:11–12).

Your calling as a Gentile is every bit as vital and needed as the calling of a Jewish person.

This is demonstrated so well when Jeremy Gimpel, a Jewish educator and podcaster, expressed his feelings over watching a Christian minister recite the Shema (the creed of the Jewish faith taken from Deuteronomy 6) at President Obama’s inauguration.

I am not usually jealous of anyone or anything, but this was too much. Israel as a country models itself after America in almost every way possible, every way except for one. Israel would never start off a national ceremony in prayer. That would be too Jewish. And now a Christian Pastor named Rick Warren is calling out to the world, “Hear O Israel….” The man was calling out to the Jewish people and I don’t think he even knew it.2

There are some people who discover their Jewish heritage later in life, and may feel that they need to reconsider how they should live out their identity in Messiah in light of that. If you know for certain that you have Jewish heritage, how you choose to embrace and practice that is between you and God. But, if you identify as a Jew when you are not, the role you’re called to as a Gentile is ineffective. Only when we come together in our distinct roles does the true miracle take place (Galatians 3:28–29). What was once separated has been linked in a beautiful unity, and our shared purpose is to reconcile the rest of humanity with our Creator.

Circumcision of the Heart