Am I (Really) Free to Choose What I Believe?

Our choices might be less our own than we imagine. 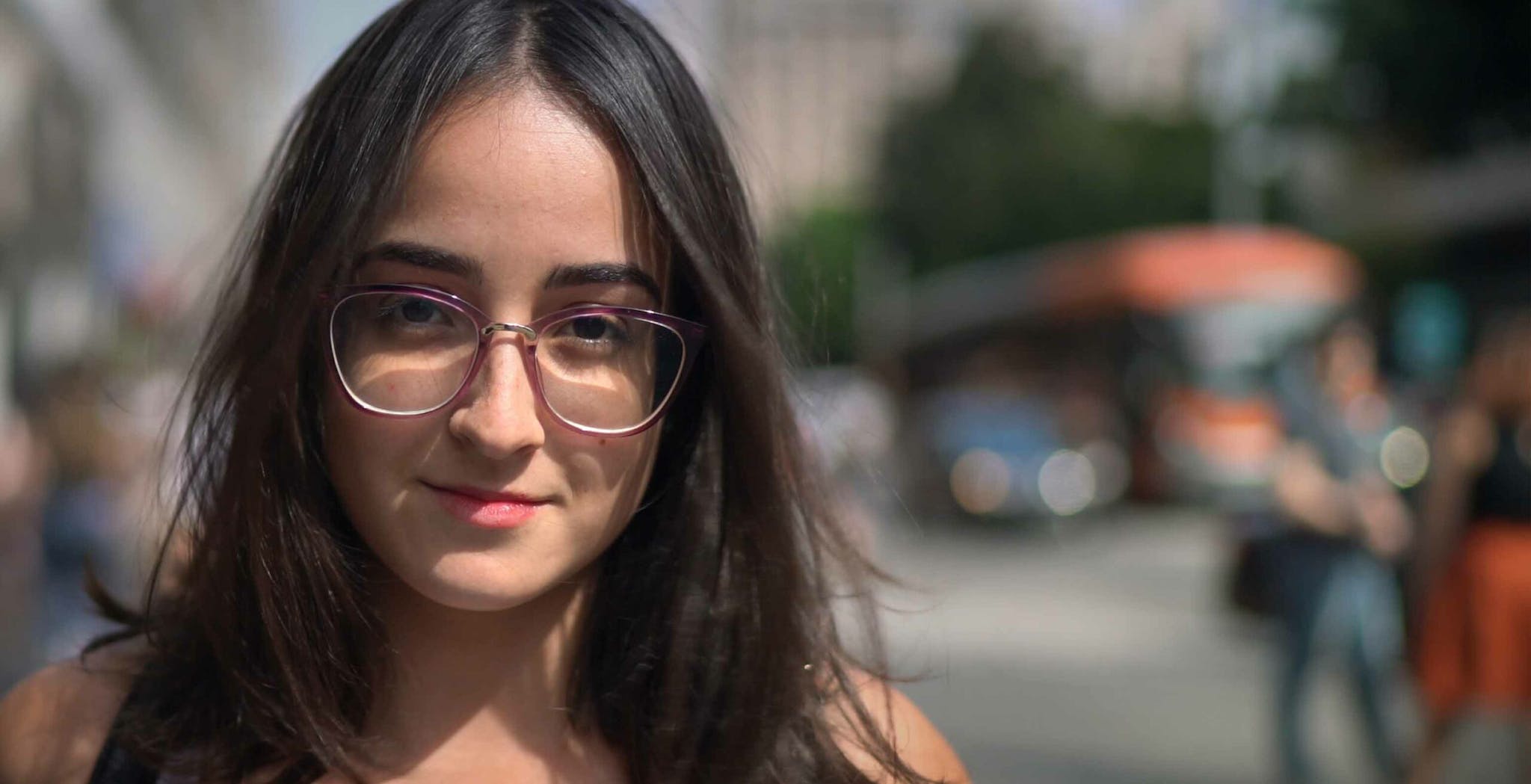 Maybe it was the worst choice I could have made, but it was my choice. And, as a fifteen-year-old, that’s what I cared about the most. I had chosen to ignore God’s existence. I hadn’t lost my faith. I was just tired of feeling limited by it. And I was curious.

I was raised in a Messianic Jewish home and began believing in Yeshua (Jesus) as a young kid. I was six years old when I became disturbingly aware of my own selfishness — and that God was not pleased about it. My mother saw that I was troubled and asked what was wrong. As we talked, she explained who Messiah Jesus is and how he made it possible for me to be forgiven. And I accepted what she said on faith.

After that, God became a very real part of my life, and I tried to live according to that reality. Until I was fifteen.

I just didn’t want Him looking over my shoulder all the time.

Though I chose a different path, I had decided in advance that it would be temporary. I knew that I needed God long term. I just didn’t want him looking over my shoulder all the time, especially in high school. And while I couldn’t control where He was looking, I could control where I was looking—and I was determined to avoid “spiritual eye contact.”

I decided to ignore God through the rest of high school, and this would give me the freedom to live however I chose. But I would be careful. I didn’t want to have to answer to God, but I also didn’t want to make choices that could ruin my life. I would resume life with God in college, and most likely, for the rest of my life. And that, too, would be my choice.

Maybe that sounds silly to you—looking back it certainly seems silly to me. Here’s why.

We Don’t Make Choices in a Vacuum

So, no choice is really made from a place of complete independence. Life is bursting with factors that influence what we want and whether we are able to pursue it. Our own body chemistry and psychological needs can shape our desires, as can our family, friends, and any number of other people selling products and points of view.

What’s more, many of our beliefs are based on how we remember particular events or outcomes. But common experience shows what science has now statistically proven, that even our own memories can churn up false information.

My six-year-old choice to follow Jesus was definitely influenced by my conscience, telling me something was wrong. That conscience, while I believe it to be God given, was also conditioned by the culture that shaped me: the culture of our family, our community of worship—even the playground culture of my local school.

When my mother told me that Jesus could help me with the separation I felt from God, I believed her. So, I prayed to ask God to forgive my sin and make me His child based on what Jesus did.

It was my choice. But how free was it? I wouldn’t have made it (at least at that age) if my parents hadn’t been believers in Messiah, or if I’d been a different kind of person. But if no choices are absolutely free, how free did mine need to be?

I made my choice in the context of trusting that my mother knew what she was talking about. She offered hope that overcame my fears, and I believed her—in large part because she was my mother, but also because her explanations made sense to me, and she seemed to know God.

My choice to ignore God a decade or so later wasn’t made in a vacuum either. It was contrary to what my parents believed and what they wanted for me.

I wanted to be ‘free’ from God’s expectations.

Some might call what I did “individuating”: developing my identity by being different from my parents. But, as far as I was concerned, it wasn’t my parents that I was individuating from; I wanted to be “free” from God’s expectations. My relationship with Him had become very real and very important to me, apart from my parents. But I was willing to ignore it in order to experience new things.

I thought I was pursuing freedom. A lot of people today might call it that—maybe many psychologists, too. But freedom is not what I found on the other side of choosing.

We might seek freedom through our choices, but the very definition of choice means we are limiting our options. You can’t choose to walk through two different doors at the same time. Choosing one path means saying no to another path.

I didn’t get more choices by choosing to ignore God; I just got different ones. I got to do a few things I would not have done if pleasing God had been important to me. But I quickly discovered that what I’d considered freedom really wasn’t so great. In fact, caring about what God wanted had been much better, more fulfilling.

My choice hadn’t freed me to do anything that was especially worth doing.

But ignoring God did not give me the control I wanted. It subjected me to the worst of myself. There was no dramatic “fall from grace.” Just a self-absorbed, moody young woman at the mercy of her own small world populated by her own small desires.

Ironically, when my friends asked me what was wrong, I told them that I’d had a really great relationship with God and had turned away from it.

My choice to ignore God was like choosing to shut a door in my heart. I only did it because I was certain that I could open it back up whenever I wanted to. It took a little less than a year for me to realize that I was changing, and that those changes could affect my choices.

For instance, I noticed that it was harder for me to believe that God still cared about me. I was drifting away from Him—and unsure if, at some point, I would no longer be able to come back.

I knew things were taking a turn for the worse when I found myself trapped in a relationship with a guy three years my senior. I’d always been strong willed and independent, but my poor choices had me so emotionally enmeshed that even though I’d grown fearful of this guy and breaking off the relationship was clearly the right choice, I couldn’t seem to do it.

So, for the first time in a very long time, I had a conversation with God. It was brief. I prayed, “God, if You still love me, please get me out of this relationship.” And He did.

A few months later, I had what felt like a whole night of wrestling with God (it was probably a few minutes). That’s when I gave up my illusion of control and asked God back into my life.

How free was that choice? I felt like I was making the decision completely of my own accord. But I also felt that I had no other good options.

If God had not been seeking me, I would never have been able to choose Him.

What’s more, later I realized God had been there all along, waiting for me to come to my senses. I had a deep sense that if God had not been seeking me, I would never have been able to choose Him—not when I was six, and not when I was sixteen.

Choices are important, and they certainly can change our lives for better or for worse. But it’s easy to overestimate the power of our choices—especially if we expect them to free us to live our best lives.

My teenage desire to be “free” led me to choose a particular path. There were many influences vying for my heart at that time, and I decided to act on some of the loudest of them. But my choice only made me a captive to my own weaknesses. I had been far more empowered when I relied on a power greater than my own.

No matter how many choices we get to make, we will never achieve complete freedom.

Complete freedom means we don’t need to depend on anyone or anything—which is to say that we can stand alone as fully autonomous beings. But it’s just not in our nature to be autonomous. We need love, grace, forgiveness, guidance, and community just as much as we need air, food, water, and shelter.

When I focused on what I wanted, I wasn’t free to grasp what God wanted for me.

As before, the reality of my relationship with God became an important part of my life . . . in fact, it became my life’s work to share with other people the love and forgiveness I’d found in Yeshua. But something was still missing.

I trusted God as much as I knew how, but I was still wary. I felt like God wanted me to write him a blank check and invite Him to fill in whatever He wanted me to do. And I didn’t want to do it.

I often prayed, “God I really don’t want to promise to do whatever You want. Would You help me want to want it? … No wait, I don’t even want to want that! But somewhere deep inside me there’s some tiny spark of wanting You to help me want to trust You. Is it enough? Can you make something of that?”

I went through years of life like that, always feeling there was some bit of my will that God wanted me to release into His care.

Then one day, something was sparked by an unusual opportunity at work. I had completed an arduous extra project, and the executive director asked me what reward I might like. It was kind of an ask-for-anything moment, and I used it to ask for the promise of his ear if I ever had concerns I needed to share.

Later that night, as I was thinking about what I’d been offered and what I had chosen, another thought suddenly interrupted. And the thought was, What if I asked you what you wanted? What would you choose?

It seemed to be coming from God, and it caught me totally off guard. I was further surprised to find that I had a ready answer.

I suddenly teared up and said, “I want You to change me.”

Then another thought came in reply: I will do it. But don’t expect it to happen right away.

Who was I that God would ask me such a question? I felt like He was offering me the opportunity to admit what I really needed and could not do by myself. I wasn’t choosing to change. I was choosing to offer myself to be changed.

That choice led to an ever-increasing freedom to experience the transforming power that God promises to those who trust Him.

“Therefore, if anyone is in Messiah, they are a new creation; old things have passed away; behold, all things have become new.” (2 Corinthians 5:17 KJV)

The Key to Freedom

The light of truth is the real key that opens the door to freedom.

But how do we get access to that truth about God and ourselves? We listen to His Word in Scripture. We seek guidance from others who seem to know Him. We look inside and try to be honest about our own hearts, the good and the bad. And we pray for Him to guide our searching.

Am I (Really) Looking for God?