the 33rd Day of the Omer 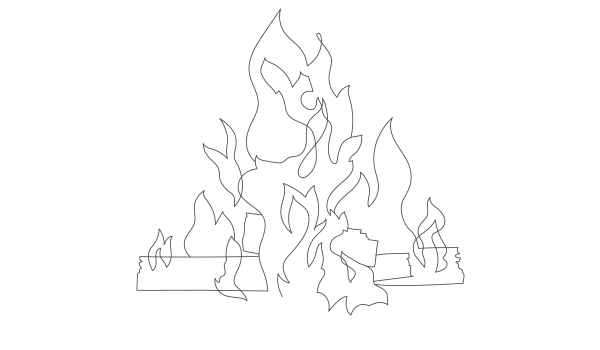 “Lag” is the number 33 in Hebrew letters, which are often used to represent numerals. The “Omer,” literally a “sheaf” of grain, is the name given to the 49-day period that falls between Passover and Shavuot. “Lag BaOmer” is thus the 33rd day of this period.

As one scholar puts it, Lag BaOmer “is a day of festivity in search of a reason.”1 Like many a Jewish holiday, it confounds attempts to discern a clear raison d’être and origin story. The Omer period is so called because the grain is being readied for the feast of Shavuot, the Festival of Firstfruits—in other words, it’s a time of preparation. Despite these joyous origins, in Jewish tradition the “counting of the Omer” is a liturgical period of mourning, in some ways comparable to the Christian season of Lent. However, the mourning prohibitions of the Omer (see below) are temporarily suspended on Lag BaOmer, a minor celebratory holiday.

In Christ in the Feast of the Pentecost, David Brickner and Rich Robinson identify several possible explanations for Omer’s status as a period of mourning:

Lag BaOmer has acquired additional meanings and associations. Many Jews who observe Lag BaOmer spend the day commemorating Rabbi Simeon bar Yochai, a student of Rabbi Akiva who is associated with the Kabbalah and was once thought to be the author of the Zohar.4 The association of Lag BaOmer with Rabbi Akiva’s disciples lies behind one of the holiday’s nicknames, “The Scholars’ Festival.”

How Lag BaOmer Is Observed

Prohibitions of mourning are observed during the counting of the Omer. Observant Jews must count out each day of the Omer and make sure not to miss a single one; for this reason Jews have historically crafted Omer counters of great intricacy and delicacy. The Omer is both a period of anticipation and of mourning.

David Brickner and Rich Robinson write in Christ in the Pentecost:

“Activities such as haircuts and weddings are routinely suspended except on Lag BaOmer. Among stricter Jewish people, wearing new clothes or cutting one’s fingernails is also prohibited. Also in the synagogue, among Ashkenazi Jews… piyyutim or poems in memory of local pogroms are read…. All of these prohibitions and signs of mourning, however, are lifted on Lag BaOmer, because the plague was lifted from Rabbi Akiva’s students that day.”5

Lag BaOmer offers Jews a respite in the middle of mourning, a glimmer of hope during an otherwise somber liturgical period.

On Lag BaOmer it is customary to light bonfires in honor of Rabbi Simeon ben Yochai, both at his tomb in the Israeli village of Meron and elsewhere. Why? The light on the day of Simeon’s death was said to have lasted until he finished his teaching. Additionally, some Jews believe the Zohar (once thought to have been authored by Rabbi Simeon) to be an illumination of the Bible. A Zionist interpretation tells us that the kindling of the lights is a symbol of the Bar Kokhba revolt, a Jewish rebellion waged against the Romans, who would not allow Jews to kindle lights in celebration of the holidays. Israelis often accompany the bonfires with cookouts.

Since the customs of mourning are lifted on Lag BaOmer, many observant Jews give their three-year-old boys their first haircuts on this holiday. (Until then, Orthodox boys have long hair.) Weddings are also common on Lag BaOmer, as it is a rare opportunity during the Passover–Shavuot interholiday period for a springtime wedding. Children are permitted to play with bows and arrows, in remembrance of Rabbi Akiva and his military might; they are also said to symbolize the power of the Torah and the Kabbalah.

Haircuts, weddings and playtime—it’s easy to see why Lag BaOmer is a welcome respite during a lengthy period of mourning!

Lag BaOmer in the New Testament

There is no mention of Lag BaOmer in the New Testament.

“the period in which the newly free people move toward a new devotion, a new service and servitude to the God of freedom…. And with the [biblical rites of the] waving of the omer and of the wheat bread gone as well, the sense of the period of the 49 days as a spiritual journey grew much stronger.”6

Omer is thus a time for us to prepare our hearts for the Lord and to hunger for his Torah. In this respect, Omer is a natural opportunity for us as Messianic Jews to identify with our fellow Jews. As for Lag BaOmer—the holiday does not exactly have a clear religious component, other than the reverence some Jews pay to the Kabbalah and Rabbi Simeon. However, some of its traditions—thanking the Lord for a relaxation of mournfulness, celebrating marriages, and giving thanks to God—are just cause for collective rejoicing.

2. The Babylonian Talmud, tells us: “It was said that R. Akiba had twelve thousand pairs of disciples, from Gabbatha to Antipatris; and all of them died at the same time because they did not treat each other with respect” (Yebamoth, 62b).

4. The Zohar—the chief work of Kabbalah—was long believed to have been written by Simeon bar Yochai, but modern scholarship has demonstrated this attribution to be false. (The Zohar was falsely attributed to him by the thirteenth-century Spanish Jew Moses de Léon.) The Kabbalah is sometimes integrated into Jewish prayer books, although not all sects of Judaism recognize the authority of the Kabbalah.