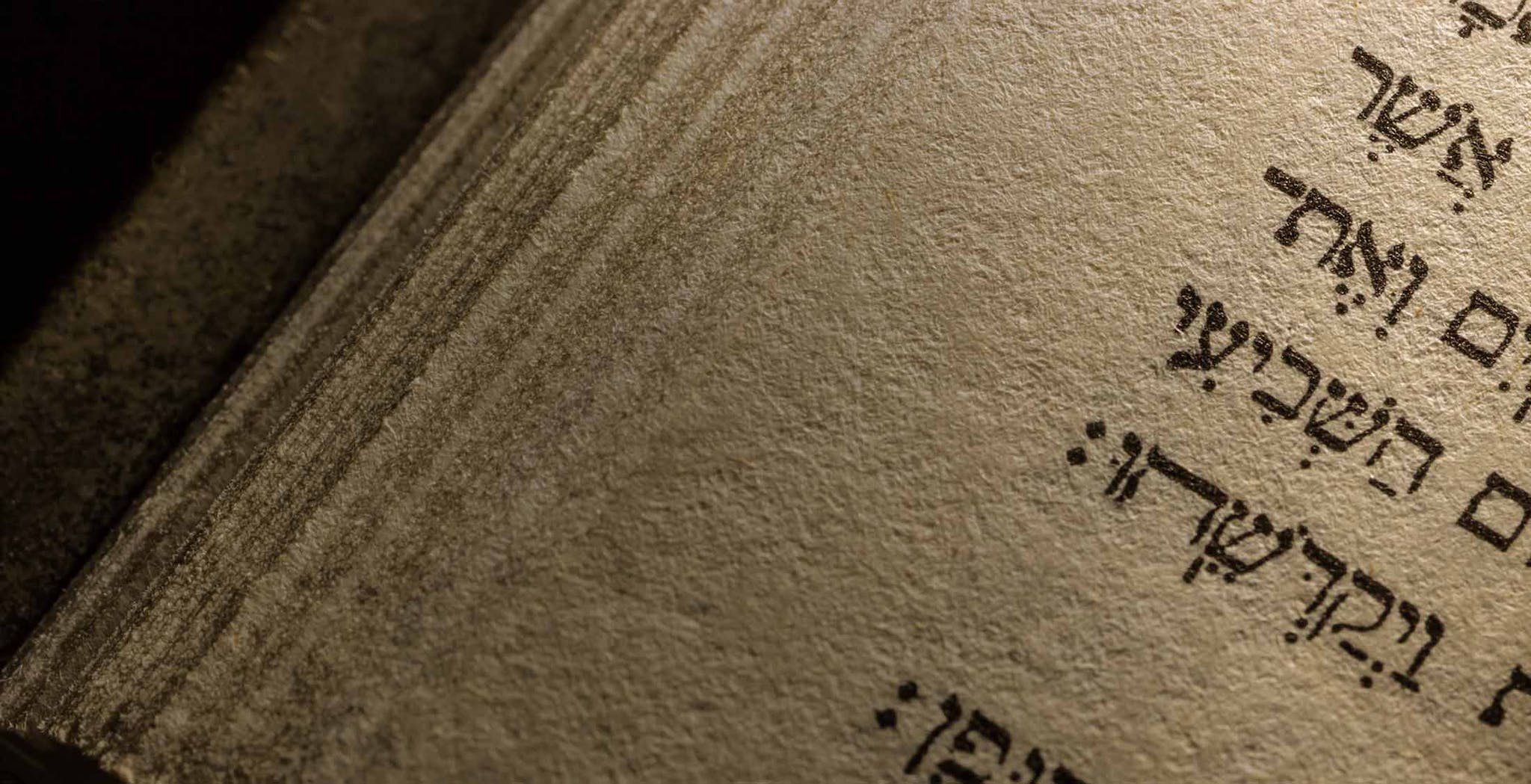 That very problem is a point of some controversy over how we should spell the Hebrew name of our Messiah in English. Some spell it “Yeshua” and others “Y’shua”. The difference is the transcribing of the vowel “sh’va.”

In 1982, a vandal used offensive language on the building of Jews for Jesus headquarters while no one was nearby. Our staff came to the office that next day to discover both the maligning of the name of our Messiah and our own overwhelming sadness at the desecration. Moishe Rosen, founder of the organization, told everyone to come to the main auditorium and after some discussion a long prayer meeting took place. We prayed both for the perpetrator and the wisdom to know how to respond.

As a result, our Y’shua campaign followed. We put the name up everywhere we could.

Even the Y’shua book and album (later CD) are a direct result of that prayer meeting.

We took the knock of the desecration of the name of our Messiah and made it a name to broadcast.

Moishe wanted to monitor the impact we might have as a result of the Y’shua campaign and chose to use the apostrophe rather than the “e” for the Hebrew vowel “sh’va.” That way, he could see, in media, in articles, in any manner of response, how far our reach actually went. Since we were only nine years old as an organization, that made sense.

But by 2013, that time for monitoring was long past. We had become a very widely-known organization and our continued us of unusual spelling only served too make us seem contrarian in the greater Messianic community. So we voted to change the spelling and have used “Yeshua” ever since.

The Jewish Word for Salvation

In today’s society many people have names that were chosen for them because they sounded pleasant to their parents’ ears or because they represented an idea of some aesthetic significance. Out of the late sixties we have names like Moonbeam and Summit. One mother from the hippie culture even named her child Everlasting Peace.

American Indians were often named after animals that epitomized admirable qualities, such as Running Bear or Swift Eagle. The Puritans used to name their children after Christian virtues such as Faith, Hope, Charity, Mercy, Prudence, Patience, etcetera.

In Bible times people were given names that described them or something important about them, their life situations or their families.

For example, the name Adam has its root in the word adamah,” which means “earth,” from which God formed man. “Eve” means “lifegiver,” the name Adam gave his wife because she was the mother of all living (Genesis 3:20).

In Genesis 5:29, Lamech called his son Noah (which means “comfort”) saying, “This same shall comfort us concerning our work and toil of our hands.…”

In Genesis 10:25, Eber named his firstborn son Peleg, meaning “division,” because “in his days the earth was divided.”

A given name also could be changed if that person underwent a life-changing situation.

In Genesis 17, the Lord covenanted with Abram to multiply and bless him throughout all generations. To emphasize this promise, he changed his name to Abraham, which means “father of many nations.”

In Ruth 1:20, Naomi, Ruth’s mother-in-law, changed her own name. She told the townspeople, “Call me not Naomi (pleasant), call me Mara (bitter), for the Almighty hath dealt very bitterly with me.”

Abraham’s son was named Isaac (which means “laughter”) because his mother Sarah laughed at the idea that she would yet bear a child in her old age.

Exodus 2:10 records that Pharaoh’s daughter chose the name Moses for the Hebrew infant she drew from the Nile because the name means “drawn forth.”

The Old Testament prophets were often commanded to give their children names that described God’s dealings with Israel.

When the angel told Joseph that Mary was to be the mother of the Messiah, he said of the child, “Thou shalt call his name Yeshua (Salvation), for he shall save his people from their sins.” The name was commanded as assurance that this indeed would be Israel’s Holy One. Not only does that name mean “salvation,” it means “God saves.” Not only was the Messiah to be God’s instrument of salvation, he was to be God in the flesh, reconciling his lost creation to himself.

Old Simeon in the Temple knew that. As he cradled the infant Yeshua in his arms, he prayed, “Lord, now lettest thou thy servant depart in peace according to thy word; for mine eyes have seen thy salvation (thy Yeshua) which thou hast prepared before the face of all people; a light to lighten the Gentiles, and the glory of thy people Israel.”

An Introduction to the Names Yehoshua/Joshua, Yeshua, Jesus and Yeshu

Did the Jewish People Reject Jesus?

Four Criteria the Messiah Must Fulfill