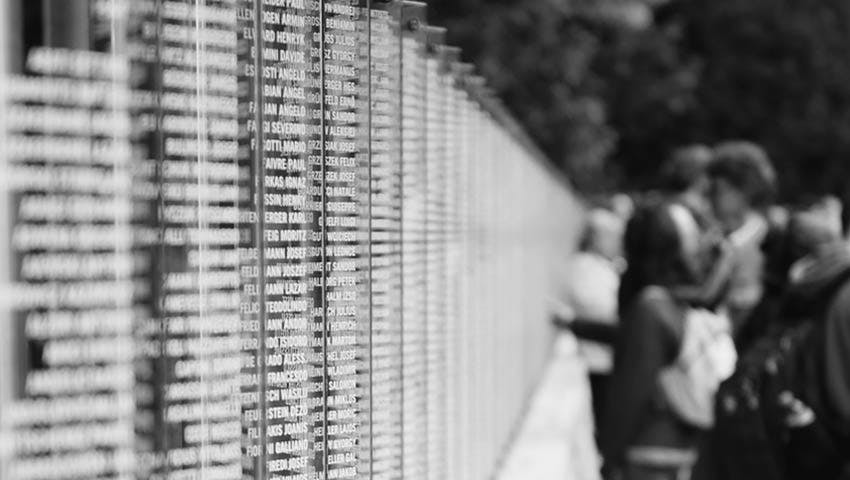 What Happened to Jewish Believers in Jesus in Nazi Germany?

My father and his family escaped from the Holocaust. Growing up, I eavesdropped on my grandmother’s conversations with my father about those dark days, and their powerful memories began to transform my dreams. My grandmother told and retold her stories about the event known as Kristallnacht throughout her life. So unforgettable were her memories, so inconceivable these events, that they became my own.

Only following the death of his mother in 2006 at the age of 97, did my father begin telling his own recollections of the night that he and my grandmother fled Europe under fire from the embattled port of Rotterdam.

Until I began teaching about the Holocaust at Christian colleges and universities, I had no idea that many of the Jews killed in the Holocaust were professing Christians. I was aware that many German Jews had converted to Christianity, especially beginning in the eighteenth century. I knew this because of my family’s name—Mendelsohn—and my own family history. The famed Jewish philosopher Moses Mendelssohn initiated and epitomized the Jewish Enlightenment, the Haskalah, which marked the beginning of Jewish emancipation and assimilation into German society. However, three of his children became Christians, as did his most illustrious grandson, composer Felix Mendelssohn-Bartholdy.

I have often thought of Jewish believers in Jesus sitting in the pews with their church friends in Nazi Germany, suddenly expelled from their seats because they were labeled “Jewish.” I wondered, How did they feel?

The Churches and German Nationalism

On September 27, 1817, Frederick William III (1797-1840) unified the Reformed and Lutheran churches. This ecumenical, liberal church was universalist, romantic, and nationalist—the highest expression of the German people and Western civilization. Many modern thinkers, both Jewish and Christian, found this universalist message very attractive. During the eighteenth century, led by philosopher Moses Mendelssohn, a new movement of Jews embraced the Enlightenment view that faith is a private matter and that religious identity should play no part in civil society. This Reform view enabled “enlightened” Jews to become modern “Germans.”

Assimilation into the Church was the Jewish convert’s expectation, based upon the universalism preached by liberal Protestant theology in the nineteenth century. However, Jews were forced to surrender their ethnic identity and cultural distinctiveness in order to gain admittance into the Church.

During the nineteenth and early twentieth centuries, many Jews turned to Jesus as Jewish redeemer and the universal savior, intermarrying with non-Jews, and assimilating into the German nation. At the same time, many Germans, reacting against the hated “Jewish” influences on the Church and German nation, had begun to relocate the origins of German Christianity in pagan, not Jewish, culture.1 During the post-World War I era, Germany’s state church—the Evangelical Church—was increasingly influenced by German nationalist ideologies.

Historian Victoria Barnett explains that in the popular mind, “[T]he Jews were blamed for a number of crises, even when their purported role in one would logically eliminate their role in another.”2 Eventually, the “German Christians” cut the Old Testament out of their Bibles and excised the “Hebraisms” out of the New Testament. Yet all the while, even in this poisoned theological atmosphere, Jews continued to profess faith in Jesus.

Beginning in 1933, most Protestant clergy willingly accepted Hitler’s racist views. The Nazi regime issued the Edict of April 1933 called the “Law for the Restoration of the Professional Civil Service.” Many Protestant clergy consequently agreed with the Nazi policy and chose to eject all pastors who had Jewish parents, grandparents or great-grandparents. The Church voluntarily “Aryanized” itself, immediately firing all pastors of Jewish descent in 1933; by 1935, all congregants of Jewish descent were expelled.

Barnett points out that Hitler and other leading Nazis, despite their opportunist claims to the contrary, “were hardly religious,” but used Luther’s antisemitic writings “with scarcely a word of protest or contradiction from the leaders of the Protestant Church.”3

Theologically and politically, the fates of Christians and Jews were bound together. But the tendency of most Germans, including those within the church, was to put an even greater distance between themselves and the Jews. Left to themselves, Jewish Christians formed their own groups.

Professor Kai Kjaer-Hansen has written about some of these groups in Theresienstadt, a small city in the German-occupied part of the Czech Republic. During the war, Theresienstadt  was a Jewish ghetto and concentration camp. My great-grandparents, Jenny Mendel Moses and Alexander Moses, died in that ghetto of dysentery and starvation in 1942.

Among those who died in Theresienstadt, or were deported from Theresienstadt to the death camp Auschwitz or survived the horrors in Theresienstadt, were individuals who were Christians of Jewish descent. It is tempting today to call them “Messianic Jews”, but this would not correspond with their self-perception. Like most other Jews in Germany they saw themselves as Germans; unlike most other German Jews they were Jews who had embraced the Christian faith, some by conviction, others for pragmatic reasons. But in Theresienstadt they shared the fate of “Mosaic” Jews. In the eyes of the Nazis, their Christian faith did not obliterate their Jewishness.

Hans Werner Hirschberg arrived at Theresiendstadt on February 10, 1944. He survived and later wrote,

One tenth of the Jews who had been interned there belonged to a Christian confession. Some were Protestants, some Catholics. Among these Jews, there was a group of Evangelical Jewish Christians from Holland, four hundred in number that distinguished themselves. They even had a Jewish Christian pastor with them. Many of our ‘church members’ had, although they had been baptized, never really considered being followers of Jesus until they came to Theresienstadt. But here, under the influence of God’s word, many of them were truly converted. Jews who had been Christians in name only became true Christians. Many Mosaic Jews and Jews who had no faith whatsoever found Jesus and were saved in Theresienstadt. I am one of the few survivors from the concentration camp in Theresienstadt. Most of my brothers went home to be with the Lord. But my Saviour saved me out of this camp so that I might proclaim the wonderful things that He performed among those who were in “the valley of the shadow of death”

Arthur Goldschmidt’s parents had converted to Christianity in 1858. After Goldschmidt, born in 1873, had to resign his post as a judge in Hamburg in 1933, he devoted himself to his hobby as a painter. His wife Kitty, who was a baptized Jew, died in June 1942.

On the first Sunday in the ghetto, Goldschmidt and another man get together in an attic and read the New Testament which he has brought. The word gets about, and others join them the following Sundays. No more than twenty persons can assemble without permission. “What was I to do?” He realizes that the administration was not likely to appreciate the formation of a Christian congregation in a Jewish town, and without the consent of the Jewish council of elders he could not proceed.

Goldschmidt continues: “So I turned, nonetheless, to Mr. Edelstein, who was then the leader of the Jewish council, and described the state of affairs to him. When he was informed of the fact that an evangelical congregation had already been founded, he was astonished but also full of understanding. The good God is ultimately the same, and to him, Edelstein, it is the same in which way he is honoured.” Both sides realize that the room where the Mosaic Jews worship cannot be used.

On October 18, 1942, they get the first and semi-official recognition of the congregation as a room with electrical light, used as a variety theatre and a lecture hall, is made available for them by the council of elders. And the congregation grows. Between 150 and 200 attend the services, at the festivals there are even more.

Goldschmidt does not hide that, from time to time, there were some difficulties with the council of elders. But the following words are nevertheless remarkable: “In retrospect it must be admitted that this administration of what was intended as a pure Jewish society, which naturally would see a Christian congregation as a foreign body, in general has been very obliging.” Here is an example: Christian German Jews cannot celebrate Christmas without a Christmas tree, which is difficult to come by. Again in Goldschmidt’s words: “Finally the SS permitted us to have a small tree, which would be decorated by the women; not even candles, a much desired rarity donated from all sides, were missing.” But then listen to how Goldschmidt continues: “The last year the Christmas tree was cynically forbidden by the SS man who had to make the decision. But then, fortunately, the Jewish administration saw to it that an artificial tree with inserted branches and with multicoloured electrical lamps was made for the service!”4

Theresienstadt serves as a window into what happened to Christians of Jewish descent during the Holocaust. It is estimated that as many as ten percent of the Jews in Nazi Germany believed in Jesus as the Jewish Messiah. And they suffered and went to their deaths along with their fellow Jews.

Excerpted from: Judith Mendelsohn Rood, 2014, pp. 411-448. Between Promise and Fulfillment, Shoah/Nakbah: Offerings of Memory and History. In History (1933-1948): What We Choose to Remember. University of Portland: Garaventa Center for Catholic Intellectual Life and American Culture.

Was Hitler a Christian?