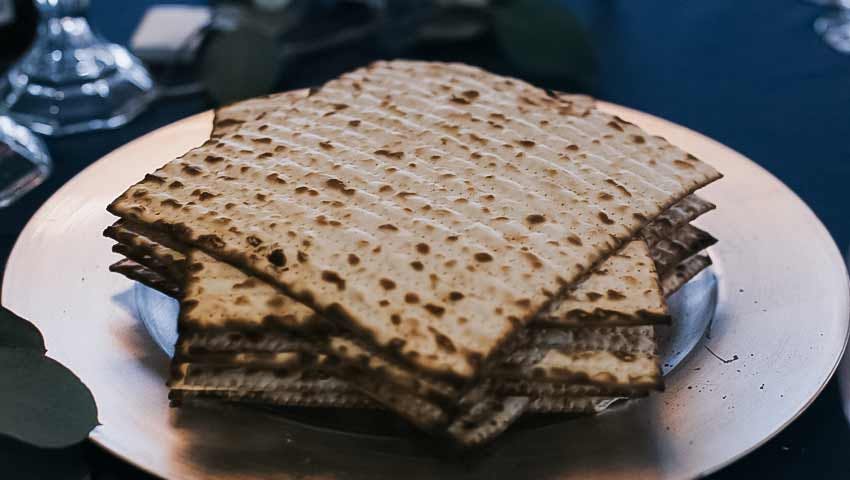 THE SEDER: is the religious ceremony which tells the story of Passover. It’s a family-oriented service which includes a meal. There really isn’t anything comparable to it in modern Christian tradition, so if you’ve never been to one, it might best be described as a four-hour service, including dinner, when the entire family is gathered around the dinner table. The story of Passover is told, and symbolic items are tasted to remind us of lessons to be learned through the Passover celebration. Shown here is a picture of a Seder plate. The six compartments hold the sample foods which help tell the story of redemption:

KARPAS: Greens. Shown here is parsley, which is eaten after being dipped in salt water. The greens represent life; the salt water represents tears, and the dipping reminds us that life is immersed in tears.

MAROR: Ground horseradish. These are the bitter herbs we’re commanded to eat with the Passover lamb (Ex. 12:8).

HAGGIGAH: Roasted egg. Actually, this is the Hebrew word for “festival offering,” and it represents the daily Temple sacrifice. The egg is sliced and dipped into salt water to show that we mourn over the destruction of the second Temple in 70 A.D.

CHAZERETH: Onion or horseradish root. This item reminds us that the root of life is bitter.

Z’ROAH: Shankbone of a lamb. This is the symbol of the lamb slain on that first Passover.

CHAROSETH: Mixture of apples, cinnamon and nuts. The brownish color reminds us of the mortar we used in Egypt . The sweetness reminds us that servitude was the prelude to the sweetness of redemption.

Primary: A memorial of redemption from Egyptian slavery and salvation from physical death through sacrifice of the Passover Lamb

Christological: A type of redemption from sin and spiritual death through the sacrifice of Christ, the Lamb of God

Spring housecleaning – ridding the home of all leaven and leavening agents.

At Home: By a festival ritual meal called a SEDER.

At Synagogue: By special services, including a memorial for departed loved ones called YIZCHOR.

Sample Menu of a Seder Meal

The Messiah Would Be the Passover Lamb