Here's a quick look at how baptism first appeared in the Hebrew Scriptures. 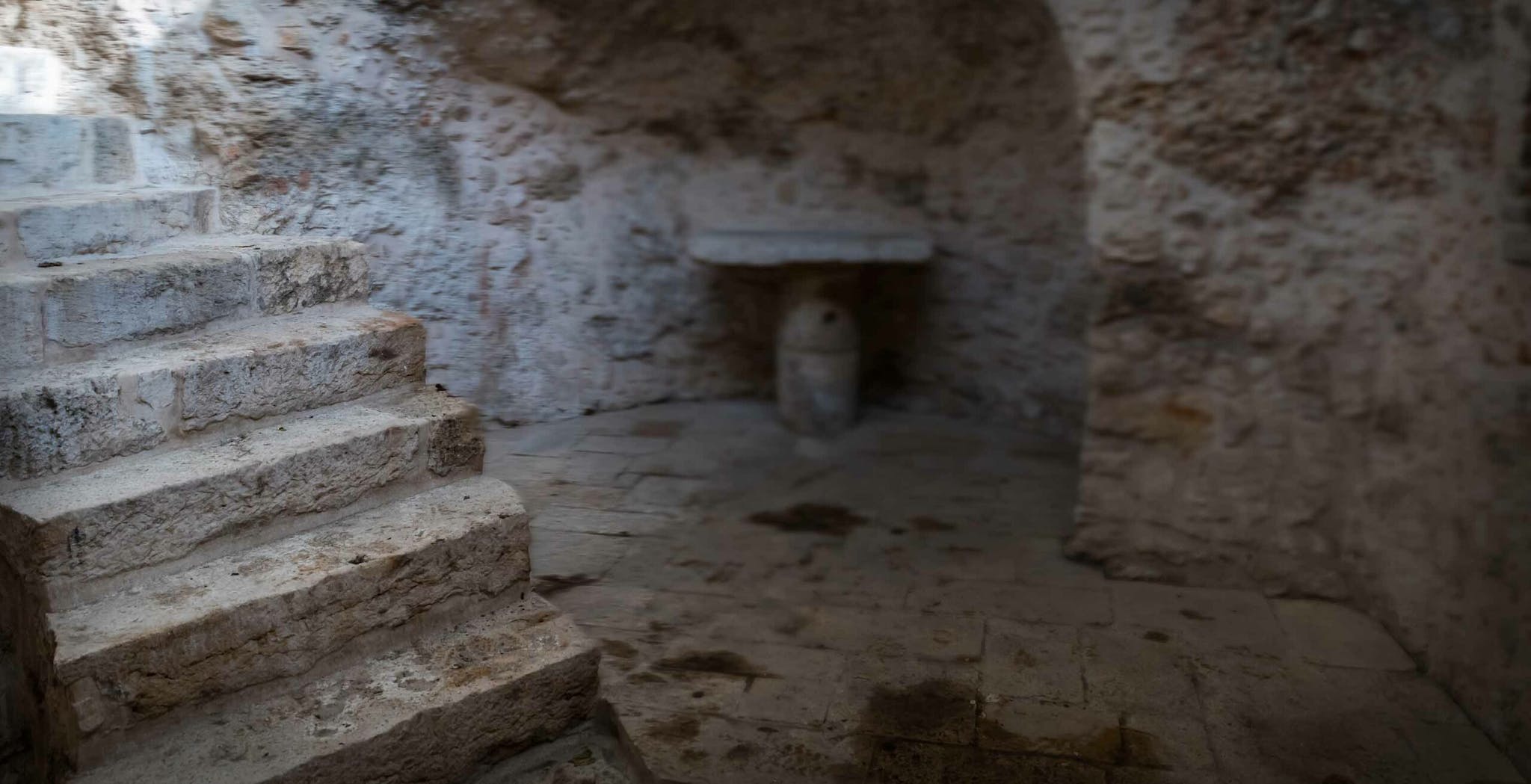 Though it might seem like a completely Gentile Christian practice, baptism of purification was a preexisting part of Jewish religious tradition and culture before the time of Jesus.

Here’s a quick look at how it first appeared in the Hebrew Scriptures (Old Testament), was developed as a symbolic ritual activity in the “intertestamental” time (roughly 420 B.C.E. to 30 C.E.), and took on a magnified meaning in first century Israel for those who believed in Jesus as Messiah.

In the Hebrew Scriptures

In the Hebrew Scriptures, washings were almost always for those of the already believing community. They symbolized cleansing from sin and guilt. Whereas sacrifices were to atone for acts of sin, washing or bathing seems generally associated with cleansing from a sinful or otherwise unholy condition.

Here are a few types of examples:

Before God spoke to the Israelites from Sinai, he commanded them to consecrate themselves, wash their clothes and be ready by the third day, when he would appear to them. (Exodus 19:10-11)

At the consecration of the priests Moses brought Aaron and his sons forward and washed them with water. (Leviticus 8:6-9)

A person who had recovered from an unclean skin disease had to wash his clothes , shave off all his hair and bathe with water to be ceremonially clean. (Leviticus 14:8-9)

In the centuries after the last of the books of the Hebrew Scriptures (Tanakh) were written, up into the era of the development of Rabbinic Judaism (i.e. from around 420 B.C.E. through the second century C.E.), baptism was used as a symbolic ritual activity by various Jewish communities. And for those communities, it could have subtly different significances.

Here are some examples of how the Qumran community thought of the practice, along with some ancient Rabbinic sources:

No man shall bathe in dirty water or in an amount too shallow to cover a man. He shall not purify himself with water contained in a vessel. (from chapter 10).

No man entering the house of worship shall come unclean and in need of washing. (from chapter 11).

In rabbinic and earlier forms of Judaism, baptism (along with male circumcision and sacrificial offerings) was a requirement for full conversion. This was a baptism of initiation.

The dating of this practice is somewhat obscure, but it postdates the Hebrew Scriptures and predates the Mishnah.

After the destruction of the Temple in 70 A.D., the biblical purification laws (see above) were confined to the purification of the niddah, the ritually unclean woman discussed in such passages as Leviticus 12:1-8 and 15:19-24. So, this was a baptism of purification.

The Jewish mikveh (immersion or t’vilah in a ritual bath) embraces both of the categories of purification and initiation and is practiced among Orthodox Jews to this day.

John the Baptist used baptism to symbolize an individual’s repentance or return to the covenant (around 30 C.E.). He demanded that an inward conversion precede the outward sign and be followed by evidence of a changed life.

John did baptize in the wilderness, and preach the baptism of repentance for the remission of sins (Mark 1:4; see also Matthew 3:11 and Luke 3:3).

This baptism—symbolizing repentance, purification by God, and initiation into the community of Messiah—then became a central ritual of the community of Jesus’ followers after his resurrection. And it was closely connected to the idea that followers of Messiah were baptized by God’s spirit.

In essence, this took the existing ideas about baptism that were rooted in the Scriptures and gave them an intensified significance.

Here are some examples of how that is seen in the New Testament:

Baptism for followers of Messiah Jesus symbolizes entering into Jesus’ death and resurrection:

Or do you not know that all of us who were immersed into Messiah Yeshua were immersed into His death? Therefore we were buried together with Him through immersion into death—in order that just as Messiah was raised from the dead by the glory of the Father, so we too might walk in newness of life.

It is symbolic of passing through judgment into salvation:

For Messiah once suffered for sins also—the righteous for the unrighteous—in order to bring you to God. He was put to death in the flesh, but made alive by the Ruach. Through the Ruach He also went and preached to the spirits in prison. Long ago they disobeyed while God kept waiting patiently, in the days of Noah as the ark was being built. In that ark a few (that is, eight souls) were brought safely through water.

Corresponding to that, immersion now brings you to safety—not the removal of dirt from the flesh, but a pledge to God of a good conscience—through the resurrection of Messiah Yeshua. He has gone into heaven and is at the right hand of God, with angels and authorities and powers subjected to Him. (1 Peter 3:18-22 TLV).

The work of Jesus is applied not symbolically but in reality by the Holy Spirit to the believer.

Then remembered I the word of the Lord, how he said, John indeed baptized with water; but ye shall be baptized with the Holy Spirit. (Acts 11:16).

There are several aspects of the Spirit’s work.

Initiation into a new life:

But when the kindness of God our Savior and His love for mankind appeared—not by deeds of righteousness which we had done ourselves, but because of His mercy—He saved us through the mikveh of rebirth and renewing of the Ruach ha-Kodesh, whom He abundantly poured out on us through Messiah Yeshua our Savior. (Titus 3:5-6 TLV).

Identification with Jesus in his death and resurrection:

Romans 6:3-5 (see above) shows this. Baptism is, in a sense a symbol, but it is symbolical of a deep reality. And as with so many ideas in the Hebrew Scriptures, the symbol and the reality are thoroughly intertwined.

Is the New Testament Jewish?