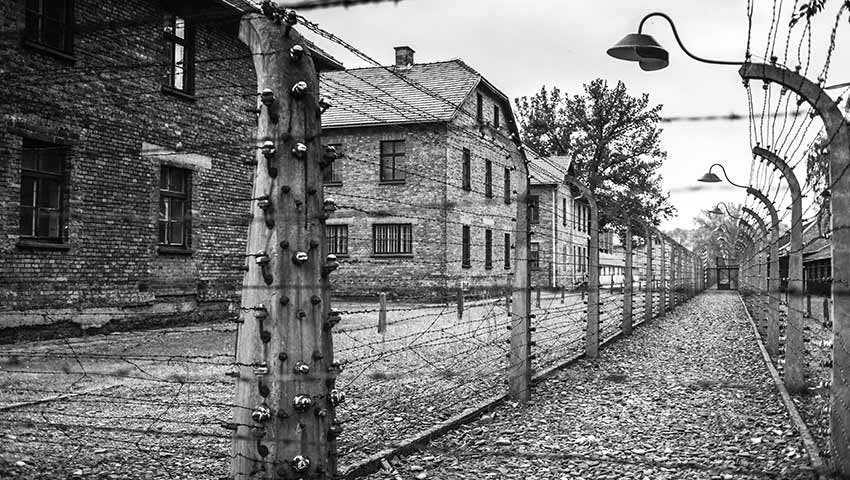 Due to a variety of influences, including missions to the Jews, persecution, charismatic figures and a post-Haskalah* orientation, many Jews in Europe in the late nineteenth and early twentieth centuries professed a belief in Yeshua (Jesus) as the Messiah. This “new breed” was known as Hebrew Christians, or Christian Jews. Most saw themselves as “converts” to Christianity, but others maintained their Jewish identity and culture.

One such community dwelled in Kishinev, Romania, founded by Joseph Rabinowitz, considered the father of modern Messianic Judaism. That whole community (save one person) of Yeshua believers perished in the Holocaust.1 For the most part they are nameless; but when it came time for their death, they faced it with faith in eternal life in their Messiah Jesus.

It is reputed that by the 1930s more than 200,000 Jews in Europe had embraced Jesus.2 For the most part these were baptized Jews who joined established historical churches. Hugh Schonfield, in his History of Hebrew Christianity, notes that “97,000 Jews joined the Church in Hungary, 17,000 in Austria, 35,000 in Poland, 60,000 in Russia….”3 Some, however, maintained a hold on both the Christian and the Jewish worlds, for example, an association of 15,000 on the eastern border of Poland near Vilna. It formed a “Jewish Church” that believed in the deity of Jesus of Nazareth. Its adherents studied both the Hebrew Scriptures and the New Testament, while adhering to many rabbinic regulations.4

After the Holocaust only a very small remnant of Hebrew Christians remained. One such believer, Rachmiel Frydland, a Holocaust survivor, in his book, When Being Jewish Was a Crime, preserves some of the memories of those he knew who perished in the Shoah.5 Yocheved was the daughter of Reb Gershon, a well-known Hebrew teacher in Ruda-Huta, in Eastern Poland, near Ukraine. Rachmiel shared about Yeshua with her, and her interest grew through teachings she received from a Christian family. She was baptized, and Rachmiel reported:

I liked Yocheved very much. I knew that if we could get married, we would have true fellowship together…. Our pastor, Mr. Barchuk, was willing to take the risk and give us the blessing. Thus one night after midnight with only a few people present . . . the ceremony was performed…. Yocheved joined me in my parents’ home after a few days, but she could stay only a short while. She was taken from her district to do slave labor on a nearby farm that the S.S. had taken over, and so we began our marriage in separation.6

Yocheved escaped from the labor camp and joined Rachmiel and his family, before she and a girlfriend were caught and killed by drunken policemen while the two women were praying.7  Rachmiel’s only comfort was that both had come to know their Messiah before their deaths.

Young Stasiek Eisenberg, a new believer in Yeshua, was in the Warsaw ghetto before its destruction, and in fellowship with a few other Jewish believers there. Once he was arrested because he was late for work and for that infraction was condemned to die. While in his death cell he wrote on the wall his favorite Polish hymn:

Let your hearts be always joyful.
Praise and thank Him without fears.
For our Father in the Heavens,
On His arm His children bears.
Joyful, joyful, always joyful,
Day by day His sun doth shine;
Full of beauty is the road to Heaven,
God and Christ** are always mine.

The German officer in charge of the cells arrived with a Polish interpreter and wanted all of the writings on the wall to be translated into German for him. Upon hearing part of the translation, the officer asked, “Who wrote this?” Stasiek, fearful, came forward and admitted it. The officer, recognizing the German version of the hymn from his Sunday school experience, set Stasiek free that day.8

Stasiek also told Rachmiel (who surreptitiously entered the ghetto to comfort the remaining Jewish believers in Yeshua) that Joseph Sommer, the great Hebrew Christian rabbinics scholar, and the family of Mr. Weiss, a missionary for the Church’s Ministry among Jewish People (CMJ), on Serinov Street, all starved to death in the ghetto. Stasiek recounted the sad story of the Hebrew Christian Schuman family—wife, son, two daughters, a son-in-law and a small grandchild—who were all killed by the cruel hands of police Nazi sympathizers. Mr. and Mrs. Sendyk, Jewish missionaries, and their son, were also exterminated, going freely to, as they believed, a “better resurrection” (Hebrews 11:35). By the time Rachmiel entered the ghetto, the only Hebrew Christians remaining were Eisenberg and Mr. and Mrs. Wolfin. Mr. Wolfin was an outstanding preacher with the CMJ who was learned in rabbinic writings. The Wolfins were faithful to the end of the destruction of the ghetto, undoubtedly dying with the Shema on their lips: “Hear O Israel, the Lord our God, the Lord is One.”9

Stasiek wanted to know whether it was right for him to join the Jewish underground ghetto fighters and whether he could carry cyanide to take in the event he was caught. Rachmiel, himself a new believer, had no answer for him. Stasiek refused to join Rachmiel in his departure from the ghetto, preferring instead to endure sufferings and death with the ghetto Jewish community.10

Hebrew Christian David Fogel, whose family had lived in Germany for almost half a century, and his wife and two daughters were trapped in Germany, unable to emigrate because of “red tape.” Finally, they were granted permission to come to England, but it came too late. War broke out and the emigration channels were closed for them.11 Imprisoned by the Nazis, on the way to a concentration camp in a cattle car, they could be heard singing:

So take my hand, dear Lord, and lead me on until my life is ended and then beyond. I cannot walk alone, dear Lord, not one small step. Wherever Thou goest or stayest, I will go with Thee.12

David, his wife, Dora, and one daughter, Hedwig, perished, because they were Jews in the wrong place and time.

The Central Database of Shoah Victims’ Names connected to Yad Vashem in Israel has a huge database of the Jews who were murdered.13 The Holocaust Survivors and Victims Resource Center connected to the United States Holocaust Memorial Museum14 also contains records. Those records do not distinguish the Hebrew Christians from other Jews, but lump them all together as Jews who perished. Rachmiel’s parents, both who came to believe in Yeshua before dying in the camps, are listed simply as Jews who were killed, as were the famous Hebrew Christian Victor Buksbazen’s believing parents. They lived as Jews and died as Jews, without distinction.

Overdue is a specific record of those Jewish believers in Yeshua who died at the hands of Hitler and his henchmen. Other than some raw statistics, we just do not have archival specifics. Yet, perhaps it is best left undone. After all, the Hebrew Christians were not condemned because of their faith or religion, but because of their genetics. It was a racial extermination, based upon the number of grandparents, not on the basis of one’s beliefs. Jews of all walks of life proceeded to the chambers of death together, and all are counted as part of the six million who perished in the Shoah. May their memories be a blessing among the mourners of Zion.

*The Haskalah, or Jewish Enlightenment, was an ideological and social movement in nineteenth-century Eastern Europe.

** “Christ” comes from the Greek word for “Messiah,” which in Hebrew is “Mashiach.”

5. Shoah is a Biblical Hebrew word that means “burnt offering.” It has reference to the “olah” daily offerings in the Temple that were burnt up entirely. The term is appropriate to describe the millions of Jews who perished in the ovens of the Nazi camps in Germany during World War II. The Greek equivalent is Holokauston, from which we derive the English, Holocaust.

14. Resources on Survivors and Victims

Was Hitler a Christian?

We Need to Talk About Antisemitic Missionary Efforts