Are there two Genealogies of Jesus?

The New Testament has not one but two genealogies of the Son of David. 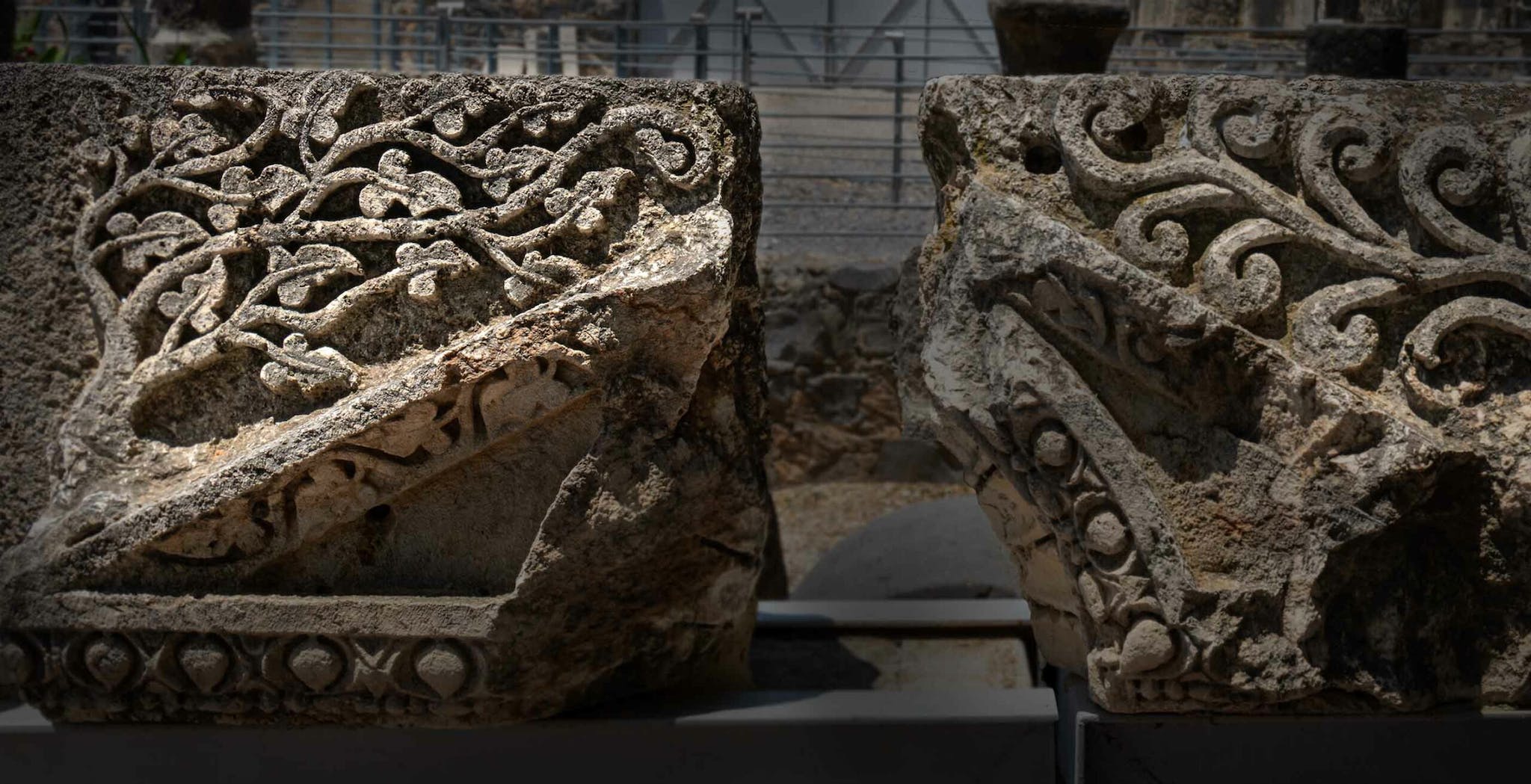 When I was growing up, I learned an upbeat song at summer camp1 that you may know: David, Melech Yisrael, Chai, Chai, Vikayam. The translation is, “David, King of Israel, lives, lives and endures (that is, lives forever).” Wikipedia’s article on this song tells us the following:

The text comes from the Talmud, where Rabbi Judah the Prince instructs Reb Chiyah to use the phrase as a watchword indicating that the new moon has appeared. The Talmudic Rabbis often used the image of the waxing and waning moon as a metaphor for the power of the Davidic line, which would renew itself with the coming of the Messiah.2

The Messiah was supposed to come from the line of the great King David, and, in fact, would be like a renewal of David himself. When he arrived, his appearance would be like the moon coming into its fullest, brightest appearance.

King David figures prominently in the New Testament accounts of Jesus’ lineage. This is not surprising since he is portrayed as the Messiah of Israel, who is to come from David’s lineage. But in the New Testament, we find not one but two genealogies. The first is found in the Gospel of Matthew, chapter 1; the other is in the Gospel of Luke, chapter 3. Both trace his family tree back to David (and beyond). The obvious questions are, Why two genealogies? and Why are they so different from each other, as anyone can see at once?

Matthew: Starts with Abraham and works forward to Jesus.

Luke: Starts with Jesus and works backwards to Abraham, but then continues back to Adam.

Matthew: Joseph’s father is said to be named Jacob.

Luke: Joseph’s father is said to be named Heli.

There are other differences as well between both family trees. Below we’ll look at a few that have raised questions. But first, let’s ask how we should think about the differences between Matthew’s and Luke’s genealogies.

One way is to say that they are totally contradictory and, therefore, unreliable, and that they, therefore, make the whole Jesus story suspect from the start. Some have approached the New Testament this way: the two family trees of Jesus are hopelessly different and impossible to reconcile, indicating the incoherence of the entire New Testament.

Another way is to say that both make sense as they stand, with explanations available for the differences.

Which conclusion you choose really depends on your presuppositions. If you’re a skeptic, already inclined to think that the whole Jesus story is fabricated in whole or in part, then you may see the differences as another piece of evidence that Jesus is just a made-up Messiah and that even the New Testament can’t get the story straight. If you’re inclined to take a more “innocent-until-proven-guilty” position, then you may be open to seeing how the two genealogies might fit together. To put it another way, someone’s conclusions will depend on whether they are a glass-half-full person or a glass-half-empty person when it comes to looking at the New Testament.

I will argue that the two family trees make sense as they stand. The following  things should be considered:

If we begin with the assumption that the problems in Jesus’ genealogies can be resolved, what do we find?

Above we noted that Matthew calls Jesus “Messiah,” “Son of David,” and “Son of Abraham,” while Luke apparently calls him “Son of God.”

Matthew 1:1—“The book of the genealogy of [Messiah6] Jesus, the son of David, the son of Abraham.”

These differences are tied to the fact that Matthew and Luke are conveying different but complementary perspectives on who Jesus is. Writing for a Jewish audience, Matthew stresses the Jewish titles of Jesus: Jews are familiar with what a Messiah is; they know the Messiah is supposed to be the son (meaning descendant) of David; and calling him the “Son of Abraham” roots him at the very beginning of the Jewish people’s origins. For Jews, Jesus is bone of our bone and flesh of our flesh.

Luke, on the other hand, is writing to an audience that includes non-Jewish Greco-Romans. He emphasizes the place of Jesus within the entire human race—descended from Adam. “Son of God” at the end of Luke’s list could refer to either Jesus (since the phrase can refer to his right to rule as the Messiah) or to Adam, in which case, it brings everything back to creation at the hand of God. Probably, Adam is in mind in keeping with the rhythm of the genealogy, but elsewhere in Luke (and the other three Gospels), Jesus is also called the Son of God, so there may be a deliberate ambiguity here to get readers thinking.

So, Matthew begins with Abraham and works forward in order to emphasize at the outset Jesus’ origins in the Jewish people. Luke goes backward in the Greco-Roman manner7 and ends up with a flourish at the end, reminding us of Jesus’ place within the entire human family.

As someone reads through the genealogies in detail, it becomes obvious that the names after David differ significantly between the two lists. We will comment on two such differences:

(1) The major specific difference is that Matthew 1:6 traces Jesus’ descent through David’s son Solomon, while Luke 3:31 traces it through a different son of David, Nathan.

One explanation for the lines branching off this way is that the genealogies are of different people. Matthew gives Joseph’s genealogy and Luke gives Mary’s. Some suggest that it is the other way around with Matthew providing Mary’s line, while Luke gives us Joseph’s.

We simply do not have enough information to decide if either of these explanations, or another one, is correct. Again, it is a matter of having a certain humility as we approach ancient texts. We are distant in time and cannot understand them exactly as a first-century person would. And if there are valid possible explanations, it makes sense to approach the text as innocent until proven guilty. All the more is this true as the Gospels, together with their genealogies, were accepted early on as authoritative in spite of these apparent difficulties.

Here we have an example of what looks like a direct contradiction. But not necessarily. If for example, Jacob died without having children, his estate could pass onto his nephew, in this case, Joseph the son of Jacob’s brother Heli. Or again, if Jacob died without children, Heli could have married Jacob’s widow in accordance with the custom of levirate marriage. In this case, Joseph would be Heli’s physical son but the legal son of Jacob. These are again, only possibilities, but they make sense of the divergent genealogies.

The above shows that Matthew’s and Luke’s genealogies have two different purposes: one highlights Jesus as the Jewish Messiah, the other as part of all humanity. In fact, these two points of focus—the Jewish people and all nations of the world—are seen throughout the Old and New Testaments. They are dual foci around which the narrative of the Bible plays out.

As to the differences in names between the two lists, those can be explained even though neither Matthew nor Luke is alive to tell us the details. But the fact that the Bible includes both lists alert us to the fact that they are indeed reconcilable. We might not be able to wrap it all up in a tight package, but the fact that there are possible “solutions” shows us that the two lineages need not be contradictory. The fact that we don’t have the answer, only possible answers, is due in part to our distance in time from the first century.

Most of all, by both these genealogies we can know that Jesus is the Messiah both for his own people, and for every nation of the world. That is the real takeaway from Jesus’ family tree.

For those who want to delve into the many details of the genealogies, a good resource is Michael L. Brown’s book New Testament Objections, Answering Jewish Objections to Jesus, vol. 4. See also the classic book The Virgin Birth of Christ by J. Gresham Machen, as well as various commentaries on Matthew and Luke.

4 The same could be said for the differences in the accounts of Jesus’ resurrection. Differences there certainly are; whether they are hopelessly at odds with one another is a different question.

6 The English translation used here has “Christ,” but to avoid someone thinking that “Christ” was Jesus’ last name, I have used the equivalent and more Jewish term “Messiah.”

The Genealogy of the Messiah

What Is the Gospel?