We are so excited to introduce you to the Morgan family—Jeff, Yael, and their three sons (the third was born this past November).

Jeff is from California but moved to Israel in 2003. He and Yael, a sabra (native Israeli), married in 2007. They had two kids and moved back to the California in 2015.

It was a turbulent time for the family. Jeff says, “Yael and I always had a strong and respectful relationship, but the New Age spirituality that I practiced for 20 years had turned me into an isolated, depressed loner. I was anxious and hopeless and couldn’t figure out why. I was at the peak of physical health, having created my own health and fitness YouTube channel in 2014, which drew over 70,000 subscribers. But spiritually I was a mess.

“Eventually, I hit bottom and pronounced myself a complete failure. Yael was seriously concerned for my wellbeing—until the miraculous happened. Jesus started revealing Himself to me, Yael, and our 10-year-old son Dylan all at the same time, yet separately! We each had amazing, multiple gospel encounters through people, as well as through online articles, videos, books—even TV. Everywhere we turned, Jesus was there, pouring out His love and drawing us closer to Himself.”

Despite their attraction to Jesus, Jeff and Yael wondered how their family could still be Jewish if they believed in Jesus. When they landed on the Jews for Jesus website, they found story after story about Jewish people who had come to faith in Yeshua.

Jeff says, “On February 10, 2018 at 11:00 p.m., it all came together. I realized that Jesus is the one and only Savior and Messiah of our people. My depression, fear, anxiety, and hopelessness were wiped away in one moment—I was a free man! Yael and I dropped to our knees and surrendered our lives to Yeshua.” 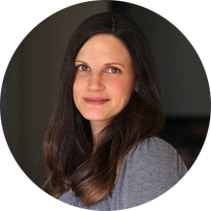 />Yael later learned that her grandmother Miriam had been cared for by a Christian family during the Holocaust. When her father was captured and sent to Auschwitz, this family told Miriam to ask Jesus every day to save her father. She did so, and eventually her father, barely alive, was rescued right out of a mass burial pit. Miriam later told her mother that Jesus had answered her prayers. This was kept as a family secret that Yael discovered when she told her family about her new faith.

About a year ago, the Morgans became friends with one of our former staff who told them how much she’d enjoyed serving with us. Thanks to that connection and lots of prayer, they are now on board!

Currently, Jeff and Yael co-manage our San Francisco ministry house, where our branch hosts many events, including Shabbat dinners. Jeff works mainly with our Communications department, particularly on our digital team. He’s receiving missionary training and helps us with our website, as well as with video production and YouTube channel management—so that others like him and Yael will be drawn to Jesus through the true-life stories of Messianic Jews.

Please pray that God will energize and sustain the Morgans and give them much joy in this new season of life, with the birth of their new son, and in their new ministry position.