What Happened When I Read a Forbidden Book 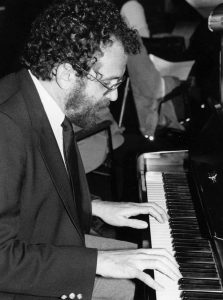 In the summer of 1962, I was playing piano in a band in New York's Catskill Mountain resort area – more commonly called “the Jewish Alps.” Being a Jew and a college student, there was nothing unusual about that. But one day I found myself in the very unusual position of witnessing a heated argument between two fellow workers – an argument about Christian theology. Bart, who studied for the Catholic priesthood, and Jerry, who studied with the Jehovah's Witnesses, were disagreeing about something called “the hypostatic union.” I prided myself on being a reader, but I was totally ignorant of the subject at hand.“Oh, well,” I thought,“why do I need to know anything about their goyish (Gentile) book and their obscure theological hairsplitting anyway?”

I had never read the New Testament before this point.

Within a month or two, I was back in Manhattan, immersed in my music studies. Then one day a soft-spoken friend invited me to participate in an informal discussion group she was chairing in the school cafeteria. While eating lunch together, a number of students would read the New Testament and share opinions as to its contents. I was flattered at her invitation and accepted it along with a New Testament she offered me. Actually, I did not quite know how to graciously refuse it. I had never read the New Testament before this point.

Cautiously I turned its thin, fragile pages, expecting to find the strange, gaudy illustrations and rote prayers I'd seen nuns reading on the subway; foreign, alien to me as a Jew, somehow forbidden.

Instead, a glance located familiar names and places: Jerusalem, the Temple, Passover. Not only was I interested, but soon I became captivated by the words and life of Jesus. I found that this New Testament was not a book of alien prayers, but of Jewish history, telling about an extraordinary Jew, of His claims, His teaching and His impact on those who knew and believed in Him. I was especially struck by His analysis of the human predicament: “Not what enters into the mouth defiles the man, but what proceeds out of the mouth, this defiles the man” (Matthew 15:11). So simple, yet so right.

I saw in these “forbidden” pages how those who so loved Jesus found a new beauty and strength of life and an intimacy with God; an intimacy that reminded me of Abraham, Isaac and the Prophets.

Soon I was no longer able to discount the New Testament as “someone else’s religion,” for it spoke directly to the dry and barren areas of need in my life. My animosity toward Jesus had been replaced with respect, then love, and finally faith.

Through a Jewish book, I had found Him of whom Moses and the Prophets wrote – Jesus of Nazareth, the King of the Jews!