Why Is This Night More Complicated Than All Other Nights? 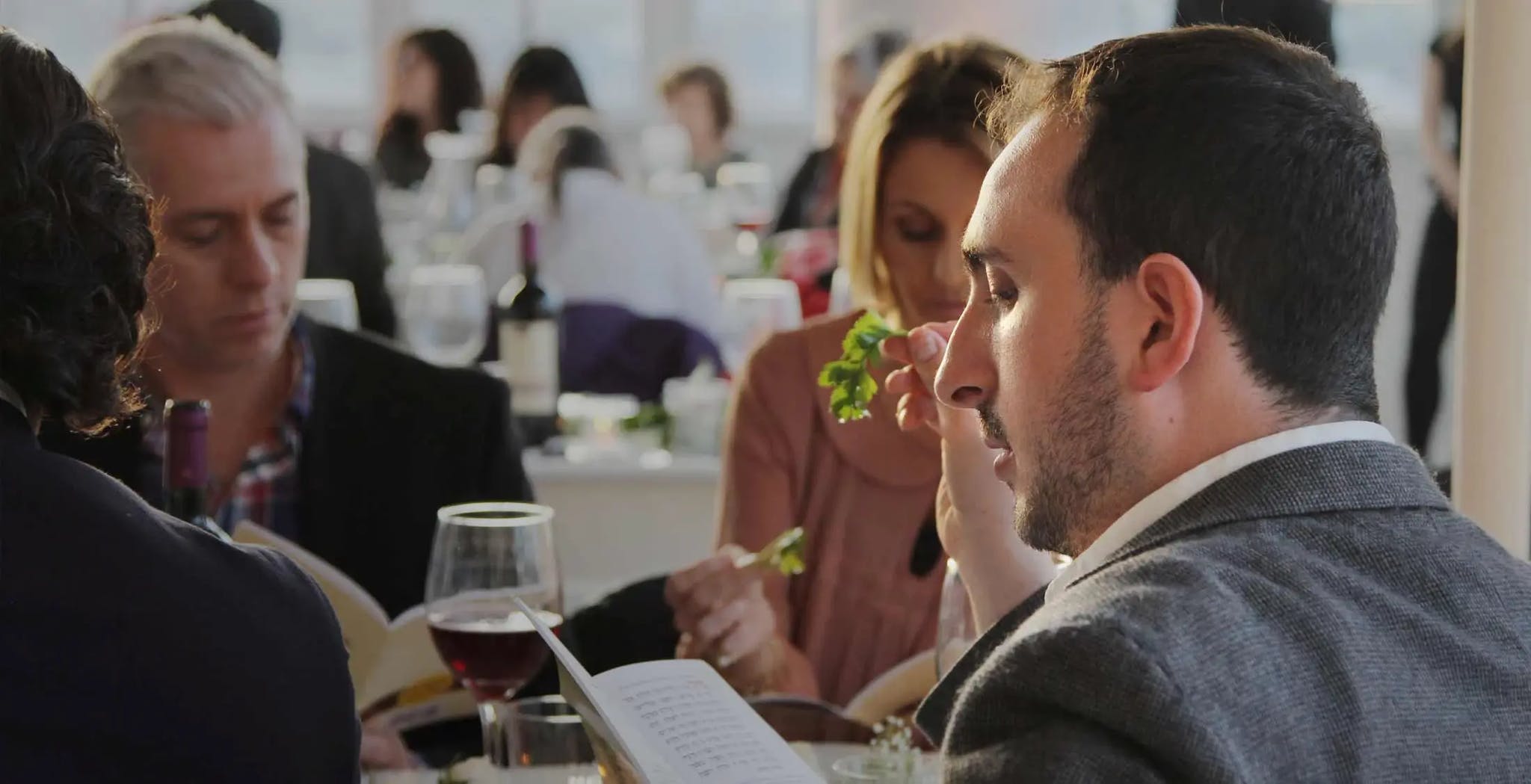 Passover always gave me a sense of anxiety. Growing up in an Orthodox Jewish family in South Africa, Passover was the most eventful chag (“holiday”), and it certainly required the most effort. We strictly observed Shabbat, kept kosher, and fasted 25 hours on Yom Kippur—but Passover was always on a whole other level.

Even if your family isn’t as observant as mine was, Passover remains one of the most involved and obligation-filled celebrations of the year for most Jewish families (78% of secular Jewish people attend a Seder every year). Even the least Jewish Jews are Jewish on Passover. But why do special occasions—especially ones so integral to our identity—turn into such stressful events?

I couldn’t easily shake off the stress I felt about Passover.

I left my Orthodox upbringing behind, but somehow, I couldn’t easily shake off the stress I felt about Passover. As it turned out, I had to work my way back to the true essence of this holiday in order to find a way forward.

For my family, a seder required the most stress and preparation of any of our other holiday events. While I recall many wonderful elements of being raised Orthodox, I also remember how daunting it was to make sure I got everything traditionally correct. But when I began looking back, this seemed paradoxical. The story of Passover is one of redemption from slavery, a chance at a new life, and a promise of a re-established covenant with God. The Torah relates that story, and then God’s instructions memorialize the events of the exodus by roasting and eating the slaughtered lamb along with bitter herbs and unleavened bread. No leavening was to be found in our homes during the week of Passover. Seems like that would be pretty simple, right? Except it wasn’t.

Today, the process of removing the chametz (leaven) starts a few weeks before Passover by scouring the house clean and getting rid of any leavened products that might be lying around. But when it is not possible to dispose of all the chametz, the rabbis have ruled that it may be sold to a Gentile before Passover. There are official forms and sales contracts that must be signed to confirm the sale, and all contracts should be facilitated by the local Jewish legal council. Ironically, you don’t actually hand over the chametz itself, you only legally transfer “ownership” of it. After all of these measures have been taken, all of our chametz is “sold,” labeled, and locked away. But it doesn’t end there.

Not long ago, a guidebook was sent to the Orthodox Jewish community here in South Africa that listed every requirement needed to meet in order to have a kosher Passover. It included everything from how to clean your home, to what products you should take out of your home, even if they didn’t have leavening in them. Just about all medications are considered kosher-for-Passover because the ruling is that since pills are swallowed and not chewed, any leavening in them wouldn’t be activated.

There is no freedom in having to watch every step we take, lest we trip up and make a mistake.

So, while we’re reading about freedom from slavery in the Haggadah during the seder, we’re simultaneously stressed out and overwhelmed by all the extra burdens we’ve placed upon ourselves for this holiday. There is no freedom in having to watch every step we take, lest we trip up and make a mistake.

Is This How Passover is Meant to Be Celebrated?

When the Torah describes the first Passover, it does not mention that God was looking for perfect, spiritually sound individuals or even breadcrumb-free corners. All He was looking for was the blood from the spotless lamb on the door frames. This is a simple task, one that does not require a cohort of scholars to decipher and make a ruling on. The blood of the lamb became a symbol of freedom and redemption, a marking of life instead of death.

I used to feel that unless I was keeping the traditions and laws to the fullest, God wouldn’t consider me righteous or worthy. I felt I was living under a cloud of guilt and shame. It was the quest to be righteous in God’s sight that ultimately led me to become a follower of Yeshua (Jesus), the only man to walk this earth and fulfill every one of God’s commandments.

When I committed my life to Yeshua, a huge weight was lifted from my shoulders. I felt as light as a feather – so feather-like that you could have used me to sweep away the last bits of chametz from your home. My guilt melted away, and it was replaced by a deep sense of love and acceptance, and not for my righteous deeds, but rather because of what Yeshua did for me. His blood was that of a “spotless lamb,” and applying his blood to the doorposts of my heart enabled me to reconnect with Passover and with God. It enabled me to be free.

God Looks at the Heart

I was conditioned to believe that unless we do our part, God can’t do His. But the Hebrew Scriptures don’t actually teach that. When the prophet Samuel was looking for the next king of Israel, he was searching for an outwardly impressive man. But God had other ideas and instructed the prophet Samuel: “Do not look on his appearance or on the height of his stature, because I have rejected him. For the LORD sees not as man sees: man looks on the outward appearance, but the LORD looks on the heart” (1 Samuel 16:7).

The first Passover wasn’t meant to be a complex show of perfection.

God has always been this way. The first Passover wasn’t meant to be a complex show of perfection. It was a provision from God for protection, and what it required was a heart of faith and obedience.

At the first Passover in Egypt, God wasn’t checking inside the house for breadcrumb-free corners. There was one simple command: God was only looking to see if His grace in the form of the blood of the lamb had been applied. This Passover, let’s remind ourselves of the heart of the holiday and embody the freedom we see in the story we retell.

1. Pikuach Nefesh: The Jewish Value of Saving a Life

How to Celebrate Passover During a Pandemic