The Israeli-Palestinian Conflict: The Truth the Media Misses 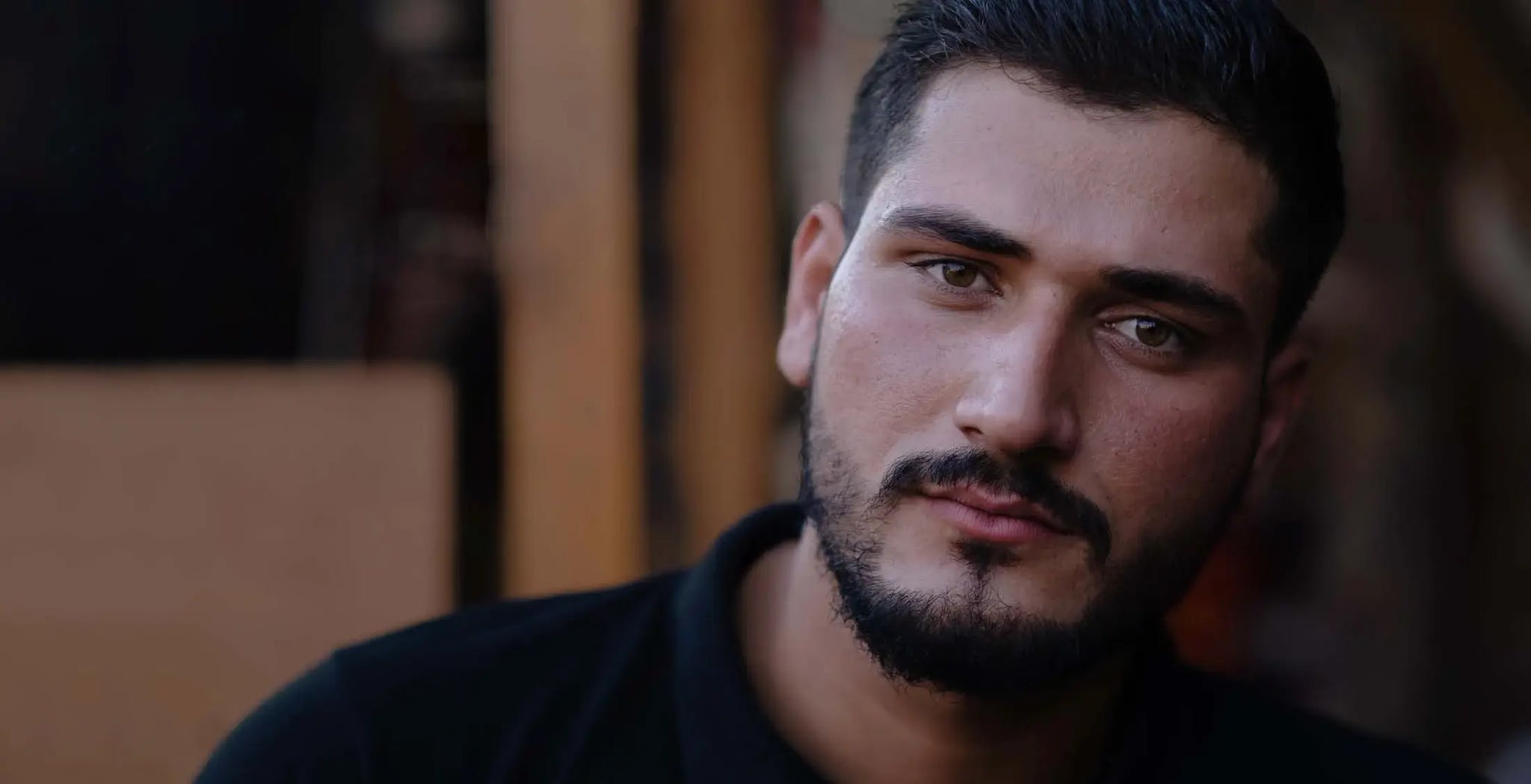 A few months ago, the sun was setting on a beautiful spring evening, and I was sitting outside in a gardening class sponsored by the local community center in Jerusalem. In the midst of a lecture on soil and crop rotation, a loud blitzkrieg-esque siren suddenly wailed overhead. I jumped out of my seat—along with the rest of the class—and scanned the area for a nearby bomb shelter or building that might protect me from the blast. I knew we only had 60—90 seconds, so I ran to take cover under the closest structure: a neighborhood lending library that was wedged between two tall trees. Realistically, its flimsy plastic roof could never truly protect me. But there was nowhere else to run.

I stayed in the makeshift shelter, checking to see if the rain of shrapnel was landing near me.

Next came the explosion overhead—a boom you can feel in your chest—as the Iron Dome missile hit the incoming Katyusha rocket and shattered it to bits. I stayed in the makeshift shelter for a few minutes, checking to see if the rain of shrapnel was landing near me, and texted my wife to check on her and the kids. I knew I had to message her quickly—phone service always gets clogged after a blast. They were fine, thank God. They had been eating dinner when the siren sounded and quickly ran to my daughter’s bedroom, which also serves as a bomb shelter.

This siren marked the beginning of yet another war with Hamas. In my 16 years of living in Israel, there have been too many for me to keep track.

How This Became My Normal

I was born in the United States and grew up in a small Jewish community in the Midwest. I experienced some antisemitism as a child, but none of it was violent. It was mostly just crude slurs from the kids at school. I never hid my Judaism, but I didn’t flaunt it either—I was quietly proud. At home, I was often the one encouraging my family to celebrate Jewish holidays when they had all lost interest. So, when I was offered the chance as a university student to travel on a free trip to Israel in the middle of the second intifada, I thought, Why not?

I ascended to the top of Mount Scopus and turned to find a rainbow stretched across the sky.

It proved to be a life-changing decision. I was taken in by the aromas of spices and incense wafting through the Old City streets, the freshest fruits and veggies at the shuk, the candid but welcoming people, and the freedom to be Jewish—in whichever way I wanted. But when I ascended to the top of Mount Scopus and turned to find a rainbow stretched across the sky above Jerusalem, I was struck with emotion; after 2,000 years in exile and a near annihilation in the Holocaust, our Jewish people had once again returned to Zion. I knew I was home. After completing my bachelor’s degree in education, I immigrated to Tel Aviv in 2005 with nothing but a few bags, some student loans, and a pair of incredibly rose-tinted glasses.

Not long after moving to Israel, I married my wife—a transplant to Israel, just like me—and we moved to Yafo. We were drawn there for its beautiful balance of ancient and modern, but also its diversity. In Yafo, Jews and Arabs (both Muslim and Christian) live together in “relative” peace.

Soon after relocating there, I was standing at the top of the hill in the Old City to catch the sunset over the sea and spotted something: there, on one of the rooftops was a bride and groom getting married under the chuppah as the muezzin of the mosque next door announced the call to prayer. This is how I picture Yafo, and much of Israel, on its best days.

But not every day is wedding bells and muezzins. In spite of the people striving for coexistence and democracy, it takes effort for the different communities to come together. Everyone still feels more comfortable eating dinner with someone who shares their own language and culture. I’ve had Jewish friends warn me that the Arabs I know would “stab me in the back” if they got the chance, and I’ve had a pizza place only agree to deliver to my house once they heard my accent and surmised that I wasn’t Arab. On the flip side, I’ve also been chased out of our neighborhood park once or twice for being Jewish, and I’ve had to hide in the back of a parked car to escape being stoned by an angry Arab mob on my walk home. But even within these horrible moments, there are glimmers of hope—for example, it was a young Arab man who saved my life by warning me a minute before that angry mob came around the corner.

On most days, the Jewish and Arab kids might be caught playing at the park together.

There is a distance, a brokenness, and a lack of trust on both sides which comes from a fair amount of prejudice and an unfair history. But that is not the day-to-day in Yafo, nor in the other mixed cities across Israel. On most days, the Jewish and Arab kids might be caught playing at the park together and attending the same school. The shops are open and selling wares regardless of the background of the manager or buyer. Men and women, no matter what their ethnicity, are going to work, coming home, fixing family dinners, and checking out the latest social media posts. In spite of the constant tension, and less frequent (yet egregious) moments of injustice or violence, most of the Arabs and Jews are simply trying to live their best lives while doing what they can to make their community a better place for themselves and their children.

The Day My World Fell Apart

The day after the siren sounded during my gardening class, it felt like the world fell apart around me. It turned out that it wasn’t just another war with Hamas with rockets, sirens, and explosions (which is horrendous enough to live through and gives us all PTSD). It was Jews attacking Arabs and Arabs attacking Jews in the city streets. It was a Molotov cocktail being thrown through a window in Yafo and killing a boy my son’s age. I found myself broken that day, along with much of the community. I wept over the transformation from coexistence to chaos, and prayed for the protection and sanctity of life on all sides. I wondered if the violence would ever end and what could be done to overcome the years of turmoil.

The media was doing its best to keep our attention by driving everyone even further apart.

When I turned on the news and scrolled through my Facebook feed, it was evident how the media was doing its best to keep our attention by driving everyone even further apart. Right-wing media refused to see any flaws in Israel or its war strategy and said it was just trying to protect itself. Left-wing media was metaphorically comparing Israel to Goliath and Gaza to David, while refusing to recognize that thousands of Israelis were hunkered down in bomb shelters every night to protect their family from the incoming missiles. Most pundits or social media influencers have never lived in Israel or in Gaza. Most have never had to lay over their terrified, crying children as a way to protect them from a rocket blast. Yet, here they were, doing their utmost to point fingers at either my Arab neighbor or at me, and declare, “You are the enemy!”

After years of living in Israel, I have learned that I am not the enemy of the Arab Israelis nor the Palestinian people, and neither are they mine—in spite of what the media and politicians portray. Most of us are just people caught in the crossfire with nowhere to run. Israel is the Jewish person praying for peace as they worry about their child serving in the army. Israel is the Arab person praying for recognition and equal opportunities for the next generation. Israel is human beings, trying to live the best lives that we can for ourselves and our families.

It is hard to navigate life in the midst of conflict, and even harder to do so when we make enemies out of all of our neighbors. My favorite historian and civil rights activist, Howard Zinn, once said, “You can’t be neutral on a moving train.” There are so many trains that claim they know the right way when it comes to peace in Israel. However, the only train I have found helpful to board is the one that moves me towards loving my neighbor and praying for those who persecute me (whoever they may be), just like Yeshua (Jesus) prescribed (Matthew 5:44 and Mark 12:31).

My wife and I are trying to raise our Israeli-born children to be agents of that peace. For us, that looks like volunteering at local schools that support cultural diversity, helping our kids build relationships with others at the park, and trying to be people who listen well and lead with curiosity and compassion.

Peace is built in honoring and respecting each individual as an image bearer of God.

Ultimately, change is a slow-moving train. It isn’t accomplished through a politician or a well-worded social media post. Of course, I’m not saying we shouldn’t care about politics, take action, or have opinions on systemic problems like racism, security, or economic inequality. Those things matter. But peace is built day by day in each of the small interactions we have in our community. It is in honoring and respecting each individual as an image bearer of God, praying for their wellbeing, and trusting Him to do the rest.

There are real enemies to peace out there. But most people, whether Jewish or Arab, are simply trying to live their lives while stuck in the middle of a situation with little to no means of escape. Our challenge is to avoid the urge to paint in black and white strokes and pit one against another—even as the media tries so desperately to polarize, demonize, and oversimplify as a way to get good ratings. Our responsibility is to make room for the nuance of reality, to love our neighbor, and to listen well.