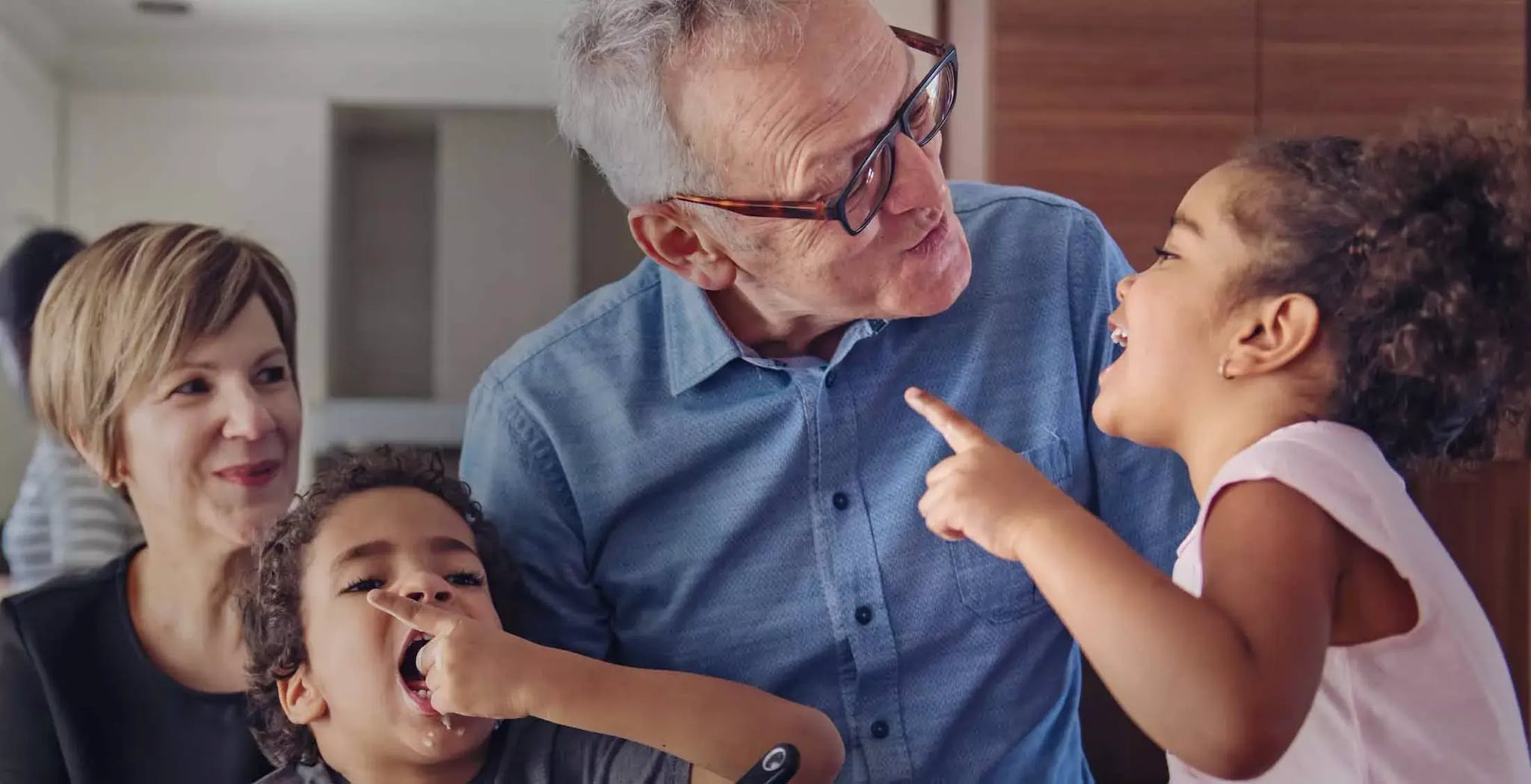 There is one particular visit to a synagogue service that I’ll never forget. It was 2012, and I was checking out an Erev Shabbat service in midtown Manhattan. It was everything to which I was accustomed: the familiar liturgy, the well-known rabbi, the many Ashkenazi New Yorkers.

But there was something else. As I scanned the room, I saw a younger generation peppering the pews, and they looked totally different: they were Asian; they were black; they were every racial combination you could possibly imagine. And they were dutifully attending Kabbalat Shabbat with their grandparents.

It was then that I realized American Judaism had changed forever.

Since that time, there has been a powerful cultural shift at work. Despite the many potential pitfalls of social media, online networking has brought a connectedness among various pockets of society. The result? People know they aren’t alone.

A quick search through Google or Facebook groups yields results of inclusive communities—body positive clothing lines, blogs for parents of children with disabilities, support groups for those struggling with addiction. Whatever the reason leading people to type their deepest thoughts and concerns into a search bar, there is now a community ready to welcome them.

Intermarriage Opened the Boundaries of the Jewish Community

In the same way, those who have traditionally been considered to be at the fringes of the Jewish community are now part of a new reality: they’re no longer necessarily the minority.

The Jewish community has had to open its doors to interfaith couples and their families or risk ceasing to exist altogether.

With over 50 percent of Jewish marriages being to non-Jews in the last 20 years,1 the makeup of the Jewish people has never been more diverse. The established Jewish community has had to open its doors to interfaith couples and their families or risk ceasing to exist altogether. The Alliance for Radically Inclusive Judaism explains that in this new era, what matters is the “doing,” not the “being.” They prioritize the participation in the tradition versus the heritage of the participant. “Partners who are engaging are regarded and treated as equal to Jews,” they explain. “Radical inclusion requires that we shift our conception of the Jewish ‘people’ to a broader Jewish ‘community’ that includes not only Jews but also their partners who are engaging in Jewish traditions.”2

Not all Jewish communities are this inclusive, or inclusive at all. But in many Jewish circles, this new spirit extends well beyond intermarried families. More than half of the students in liberal rabbinical schools today are women.3 Efforts are being made across North America to make the Jewish community more inclusive of LGBTQ+ individuals as well as more accessible to those with disabilities. One-third of American Jewish people even believe that you can still be Jewish if you believe in Jesus.4

The last statistic, along with many other findings, comes from a 2013 Pew Research Study called “A Portrait of Jewish Americans.”5 Its findings marked a watershed moment for the Jewish community by making it abundantly clear just how much we had shifted. In an article last year, the Washington Jewish Week referenced the study and its findings:

Five years later, American Jews are looking at their world through Pew’s eyes. The survey of more than 3,000 American Jews found, among other trends, that Jews are becoming less observant and are intermarrying at higher rates. According to experts in Jewish demography, Jewish communities have begun to find opportunity in results that seemed like a death sentence just five years earlier.6

Though some see this lack of Jewish affiliation as an opportunity for American Jewish culture to reinvent itself, others are worried that this attempt towards welcoming in non-Jews to salvage American Judaism could actually accelerate its demise. Are we going to become something that is the very antithesis of what it means to be Jewish?

These concerns are understandable. For thousands of years, the very ethos of the Jewish community in the diaspora has been that of the marginalized outsider. As the cult-hit short film The Tribe says it, “One might say, the essential Jewish perspective is standing outside and looking in.”7

Our newly inclusive community is more similar to God’s original intent than we realize.

In reality, our newly inclusive community is more similar to God’s original intent than we realize. In God’s covenant with Abraham and his descendants, He makes it clear that Israel is to bring His message to the nations: “in you [Abraham] all the families of the earth shall be blessed” (Genesis 12:1-3). Abraham’s wife and children are included in this job description too. In Rashi’s commentary on Genesis 12:5, he says, “Abraham converted the men and Sarah converted the women and Scripture accounts it unto them as if they had made them.”8

The theme of welcoming non-Jews into the fold runs throughout the whole of the Hebrew Scriptures, with examples ranging from Egyptians who left Egypt with the Israelites (Exodus 12:38), Moses’ wife and father-in-law (Exodus 18:6), Rahab from Jericho (Joshua 6:25), Ruth the Moabite (Ruth 1:16), King David’s loyal General Ittai the Gittite (2 Samuel 15:21), and so many more. For thousands of years, efforts to invite in those outside the Jewish community and strategies to draw in both Gentiles and the unaffiliated were organized and established. Within Israel, the Pharisees recruited the non-observant to their ranks by hosting meals and table fellowship.9 Outside of Israel, Rav Yehuda, Rav Yosef, and Rav Ashi were even recorded as venting their exasperation that the people were not bringing in more converts from among their Gentile neighbors.10

Exclusivity Was a Key to Survival in Rome

However, things changed when the leaders of the Roman Empire realized that the loyalty of the Jewish people to their own identity outweighed their allegiance to the Roman government. They started to view conversion to Judaism as a direct threat to Roman authority.11

Later, when Rome decided to adopt Christianity as the official state religion, they began to crack down on Jewish proselytization. In AD 329, they actually passed a law that Christians who joined the “nefarious sect” were to suffer the same “deserved” punishment as those responsible for the conversion. By AD 339, Jewish men could no longer marry non-Jewish women. In AD 353, Christians who converted to Judaism would have their property confiscated. Thirty years later, the Roman Emperor Gratian made it illegal to include converts to Judaism in one’s will. By AD 388, Christian men who married Jewish women were to be executed.12

Exclusivity was the key to survival.

It’s pretty obvious why our ancestors quit welcoming outsiders: exclusivity was key to survival. It’s somewhat ironic that today, many believe the future of American Jewish life depends on how well we can embrace the opposite strategy. Bringing intermarried couples, their children, and those who are unaffiliated with Jewish institutions into the fold is what many consider the key to creating a thriving American Jewish community in the twenty-first century.

A Nation of Priests

This inclusivity should actually be a foundational part of our Jewish identity. And according to the Hebrew Scriptures, it’s nothing short of our destiny. Many texts speak of a future that will include all nations joining in the worship of the God of Israel. Isaiah 60 is one such passage, which says in verses 1–3, “Arise, shine, for your light has come, and the glory of the LORD has risen upon you. For behold, darkness shall cover the earth, and thick darkness the peoples; but the LORD will arise upon you, and his glory will be seen upon you. And nations shall come to your light, and kings to the brightness of your rising.”

The verses go on to describe a time of prosperity after this light has come. This light will not only gather the sons and daughters of Israel but also attract all peoples of the earth, not to become Jews, but to partake in the worship and blessing of the one true God. The end of the passage explains the source of this light: “Your sun shall no more go down, nor your moon withdraw itself; for the Lord will be your everlasting light, and your days of mourning shall be ended” (Isaiah 60:20).

God Himself is the light that will come to Israel. When He is with us, He brings us together and the nations follow. The Torah says that our responsibility is to be a holy nation and a kingdom of priests (Exodus 19:6). The New Testament also affirms this responsibility, saying God’s call on Israel is “irrevocable” (Romans 11:29). If the entire nation of Israel is called to be a kingdom of priests, whom were we meant to serve and bring this light to but the rest of the nations of the earth?

Opening our arms to the nations and gathering those at the fringes doesn’t dilute our identity.

Being Jewish isn’t about being outsiders in a foreign land. Our identity isn’t about the purity of our bloodline or the rejection of Jesus. It’s not about erecting boundaries around who is in and who is out. We are a nation of priests called to serve all and draw in all. It’s this inclusive mandate, this light among us that is available to everyone, that defines Jewish identity. Opening our arms to the nations and gathering those at the fringes doesn’t dilute our identity. If anything, it points us back to the heart of God’s calling for our people all along.

The Role of Women in the Bible