Exploring what’s at the root of this problem. 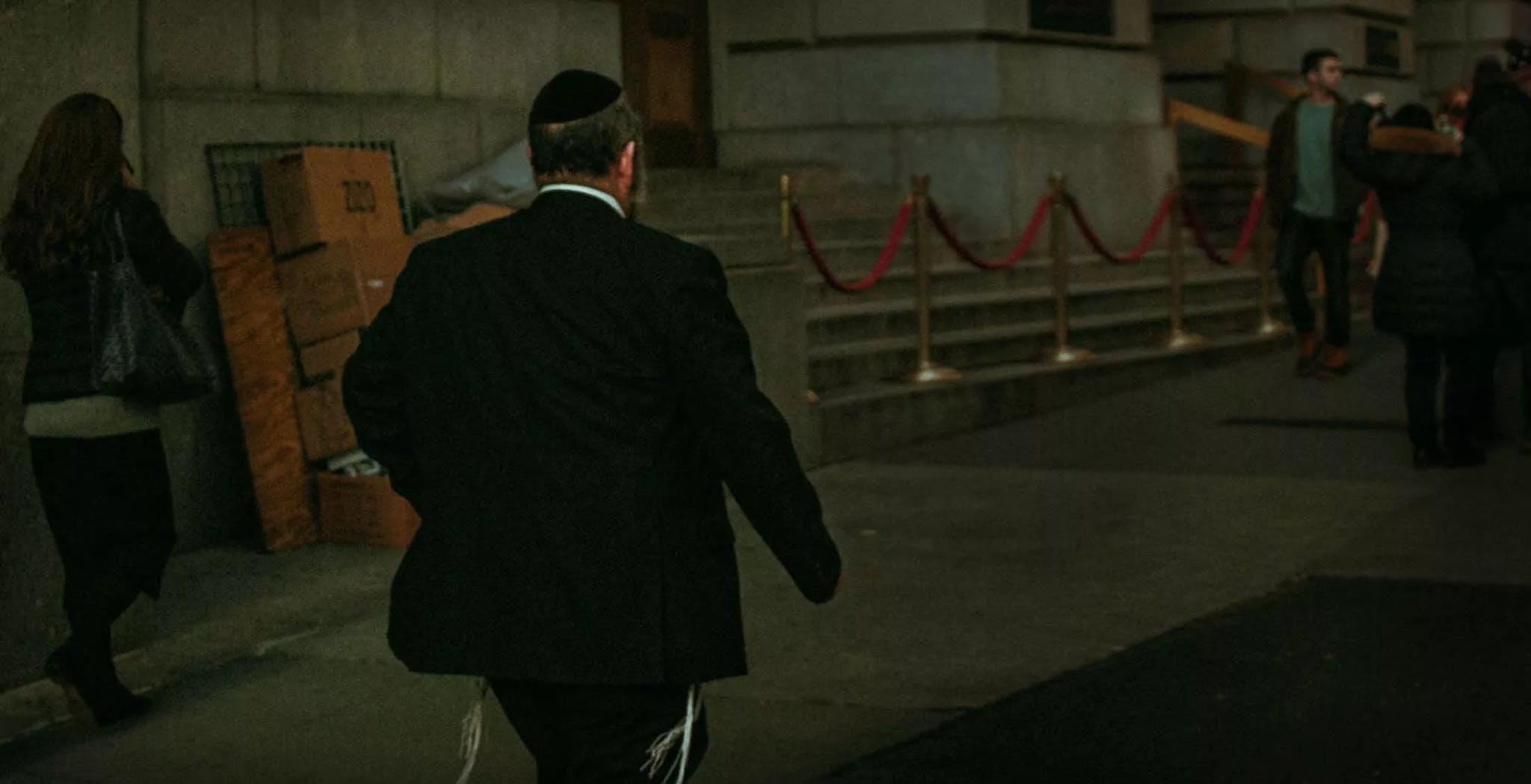 This is the creed my Jewish father-in-law taught me to memorize when I first arrived in France.

“Son,” he said to me, “it saved my father’s life, and it might just save yours.”

The Holocaust in France

My father-in-law, Marcel Teboul, lived through the Holocaust. He was in France during the war, and at one point he was stopped by a Nazi patrol. They asked him if he was Jewish, and, not waiting for an answer, they ordered him to expose himself, at which point the Germans immediately pointed out that he was, in fact, a Jew. Marcel, a member of a dynasty of Algerian rabbis, thought about his wife and babies in hiding and retorted, “No! I’m a Muslim!” He then quoted the famous Shahada (above) in fluent Arabic to the stunned Gestapo officers. They immediately let him go. After all, it was a well-known fact that Haj Amin al-Husseini, the grand Mufti of Jerusalem and a fierce enemy of the Jews, was a friend of the Führer.

Unfortunately, as vile and brutal as the Nazi regime was, the intensity of its antisemitism wasn’t anything new—it has existed throughout history.

Antisemitism Did Not Originate Here

“There is a certain people scattered abroad and dispersed among the peoples in all the provinces of your kingdom. Their laws are different from those of every other people, and they do not keep the king’s laws, so that it is not to the king’s profit to tolerate them. If it please the king, let it be decreed that they be destroyed.” –Haman (Esther 3:8-9)

It was in the interest of the common good to get rid of the Jewish people.

Haman’s plan was not only evil, but his reasoning was also perverse. He made the accusation that we were bad for the kingdom, and that it was in the interest of the common good to get rid of the Jewish people. (Ironically, the Jewish people were actually good for Persia; when we were protected and esteemed in its society, Persia flourished.)

Fast forward several hundred years, and one can see that even the “civilized” Romans viewed the Jewish people as a threat to the cohesion of Pax Romana and a destabilizing factor in society.1 The Emperor Vespasian introduced a “Jewish tax” (Fiscus Judaicus) that obligated Jewish people to pay additional tribute. This tribute supported the temple of Jupiter, obligating Jews to support and uphold pagan rites and rituals. Deliberately demoralizing, not only did Fiscus Judaicus undermine and discriminate against Jews, it also specifically targeted our belief in the God of Israel.

The Jewish Experience in France Today

This is where ancient history meets modern rhetoric.

Today, France is infamous for its antisemitism. In fact, up until just a few years ago, there was a town called La Mort aux Juifs (“Death to the Jews”). “Death to the Jews” isn’t a battle cry unique to France. In certain regions of Spain, it’s actually become a colloquialism. Originating from medieval times when mobs would get drunk and raid Jewish neighborhoods, the phrase is used in some Spanish towns to mean “let’s go have a drink.”

But in the streets of Paris today, “death to the Jews” is declared in its most literal sense. When people think of antisemitism in France today, Sarah Halimi comes to mind for many. She was brutally murdered in her home solely because she was Jewish, and the legal proceedings that followed were an unnerving portrayal of the depths of antisemitism in the country.

France has the largest Jewish population in all of Europe, yet, facing record levels of antisemitism, many French Jews are “joining an exodus to Israel. A third of all the French Jews who’ve emigrated to Israel since its establishment in 1948 have done so in the last 10 years.”2 74% of French Jews report being victims of antisemitism during their lives. 55% of French Jewish parents ask their children to not wear yarmulkes or Stars of David, and 45% ask their children not to tell others they’re Jewish.3 In 2021, there was a 75% rise in antisemitic incidents.4 Unthinkable crimes are being committed against our people: torture, rape, robbery, beatings, and even brutal and violent murder.

It is appalling, atrocious, and abhorrent. In some ways, it feels as if our people are threatened with something far more nefarious today than what we’ve faced before. Where does this heightened contempt come from?

In early 2019, philosopher Alain Finkielkraut was walking home and was accosted by protesters in the yellow-vest movement (a grassroots, populist group in France). The police came to his rescue quickly, but during the altercation, several people with keffiyehs shouted the following:

Finkielkraut is not called a “dirty Jew” but instead a “racist” and a “dirty Zionist.” This change likely has to do with the fact that racism is generally frowned upon in our “enlightened,” post-colonial world. In reference to the Nazi party’s stereotypes of Jews, the famous French thinker Bernanos once said that Hitler had “dishonored” antisemitism.5 In place of the older Nazi brand is a new, more insidious antisemitism – one that paints Jews as imperialists and persecutors due to the existence of the state of Israel.

How is Alain Finkielkraut, whose parents survived Auschwitz, a persecutor? According to his attackers’ ideology, because he is Jewish, his identity is subsumed into that of a stereotyped Israeli (a persecutor of Palestinians). At times, he has tried to give some balance to the negative media propaganda concerning Israel, and that is considered to be further evidence of his guilt. If French Jews show any connection to Israel – even constructive criticism – they are assumed guilty of persecution! While it is now generally unacceptable for Jews to be persecuted on the basis of Nazi-era stereotypes, it is acceptable for us to be persecuted for being perceived as persecutors.

The Root of This Expression of Antisemitism

History shows us how one gets rid of the “Jewish problem”: by making us the global enemy of society, and in so doing, removing our right to defend ourselves and to exist. How then will we survive?

Hatred against the Jewish people isn’t about the chosen, but the One who chose them.

The cause of the plague of antisemitism is spiritual, and therein lies the antidote. The Jewish people were chosen by God: “For you are a people holy to the Lord your God. The Lord your God has chosen you to be a people for his treasured possession, out of all the peoples who are on the face of the earth” (Deuteronomy 7:6). What makes the Jewish people special is the One who set them apart. Ultimately, hatred against the Jewish people isn’t about the chosen, but the One who chose them. God Himself said, “He who touches you touches the apple of his eye” (Zechariah 2:8).

The reality is that our world is broken and doesn’t work the way God created it to. The only way to mend it, to treat this plague and disrupt the cycle of hatred, is through redemption. Let’s pray together with the rest of our people for the day when God will “be King over all the earth” (Zechariah 14:9) and that healing redemption will be realized. Until then, our responsibility is to stand up for what He cares about, to love the way that He loves, and to bring the light of truth into the darkness of this world.

2 French Jews are fleeing their country

4 Antisemitic incidents in France increased by 75% in 2021